Become a member of The New Humanitarian.
NAIROBI

Africa, the world’s poorest continent, faces many security challenges. But its leaders are not slow to intervene in crises when they can, as Yahya Jammeh in the Gambia is now discovering.

His refusal to accept electoral defeat on 1 December has culminated in a coalition of West African troops crossing the border from Senegal, and an ultimatum that the advance will continue to the capital, Banjul, unless he steps down.

There have been weeks of intense diplomatic activity, with delegations of leaders flying into Banjul with offers of amnesty and exile, in return for his peaceful departure from state house.

His refusal led to momentous events on Thursday. First, there was the swearing in of election winner Adama Barrow in the Gambian embassy in Senegal; next a UN Security Council resolution endorsing military action; and finally the crossing of the border, just hours later, by Senegalese troops and Nigerian aircraft.

There has been both principle and expediency in the political and military action by West African states, although intervention on this occasion is made easier by the fact that the Gambian armed forces number just 1,000 men.

But, when Jammeh finally goes, it should be remembered that he was the last remaining West African leader to have come to power in a coup, in a region that has now witnessed peaceful political transfer via the ballot box in two key countries, Nigeria and Ghana.

Since the 1990s, the 15-member Economic Community of West African States has launched complex and controversial military interventions in Liberia, Sierra Leone, and Mali, and imposed sanctions following coups in Guinea, Niger, and Guinea-Bissau.

ECOWAS, as with other regional organisations, is part of the security architecture of the African Union, the continent’s overarching political body, which seeks African solutions for African problems.

The AU has an ambitious – and underfunded – crisis management system that includes conflict prevention, mediation, and, when all else fails, intervention. But that final option requires agreement by member states, preferably endorsement by the UN, and funding from donors – conditions that are not always fulfilled.

Military intervention is not an end in itself and should be part of a political settlement, which is where the hard work can often fall apart.

Nevertheless, Africa has proved remarkably pro-active. The following are examples of some of the continent’s key peacekeeping operations:

It secured Monrovia and installed an interim government, but the rest of the country was controlled by warlord Charles Taylor’s NPFL. After at least 13 failed peace attempts, a ceasefire agreement was finally reached in 1996. It laid the groundwork for elections in 1997, which Taylor won, largely in the hope that electing him would end the bloodshed. Despite ECOMOG’s many problems, including a reputation for looting, it had considerable support among Liberians. Nigeria shouldered much of the financial and military burden.

1997-1999: Sierra Leone was a related conflict, but a less successful intervention by ECOMOG. The RUF rebellion, infamous for its hand-cutting, began in 1991 supported by Taylor. A coup in 1997 brought members of the RUF into power. It was a period of lawlessness and chaos. ECOMOG intervened, but the RUF launched “Operation No Living Thing” and in 1999 entered Freetown. ECOMOG eventually forced them out, but the final defeat of the RUF was down to British forces who arrived in 2000. 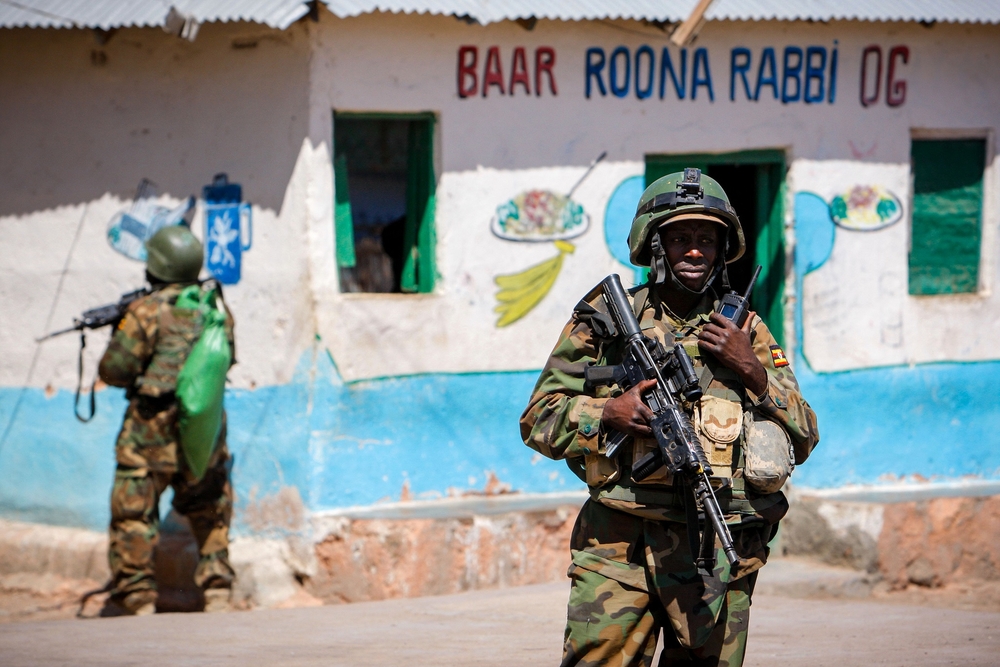 1998: Post-election unrest led to a mutiny by the Lesotho Defence Force, which was put down by an intervention by South African and Botswanan forces. But the action was controversial. While South Africa claimed the intervention was a Southern African Development Community (SADC) peacekeeping mission, the regional body has not yet agreed proposals related to coups in its governing treaty. South Africa justified the intervention on the grounds that it, and other neighbouring countries, had been invited in by the Lesotho prime minister.

2007–present: The African Union Mission in Somalia, or AMISOM, is a peace enforcement mission. It is mandated to support the Somali government in its battle against al-Shabab militants and train the Somali security forces. AMISOM has successfully squeezed the territory under al-Shabab control, but the militants are far from defeated. AMISOM’s 22,000-soldiers, currently drawn from Uganda, Burundi, Djibouti, Kenya, and Ethiopia, are under-manned and under-equipped. Dependent on international funding for salaries and UN logistical support, several countries have threatened to withdraw as a result of pay cuts imposed by the European Union.

2008: African Union troops from Tanzania and Sudan made an amphibious landing on the Comorian island of Anjouan to topple a renegade military leader. He had refused to hold elections under the auspices of the AU and instead declared himself president of Anjouan, in defiance of the federal government. Elections were subsequently held at the end of the year. The AU contingents were withdrawn, despite requests by the central government for them to stay as a stabilising presence.

2012-2017: The ECOWAS Mission in Guinea-Bissau, known as ECOMIB, was deployed in the aftermath of a military coup to help establish a civilian-led transitional government in this notoriously unstable country. Elections were held in 2014, and the 650-strong ECOMIB mission was initially meant to end in June 2016. The deployment, made up of troops from Nigeria, Burkina Faso, Senegal, Togo, and Niger, was extended to allow for the retraining of the Bissau-Guinean military.

2013: After repeated failed peace initiatives, ECOWAS deployed the African-led International Support Mission to Mali (AFISMA) to support the government threatened by separatist rebels and Islamic militants in northern Mali. It was not a success. The UN was lukewarm about the intervention. AFIMSA never reached the required troop strength and was hamstrung by logistical problems. The real turning point in the conflict was the intervention of French and Chadian forces. AFISMA was subsequently folded into a much larger and better-resourced UN operation.