States gathered at a major conference to debate the rules of war have failed to back a proposal aimed at boosting compliance with the Geneva Conventions.

Switzerland and the International Committee of the Red Cross had proposed an annual meeting of states to exchange experiences on challenges and best practices and voluntarily report on compliance.

Governments at the conference did however pass resolutions vowing to better prevent sexual violence in conflict, investigate attacks on medical facilities, protect volunteers from the Red Cross and Red Crescent, and find ways to improve the protection for those detained in non-international armed conflicts.

The International Conference of the Red Cross and Red Crescent, which wrapped up today in Geneva, meets every four years, bringing together national Red Cross and Red Crescent societies with states party to the Geneva Conventions. It has become one of the main forums for presenting and discussing new ideas and mechanisms to govern humanitarian action, some of which go on to become law.

The proposal to boost compliance with International Humanitarian Law – the result of nearly four years of consultation – was the most controversial of the conference. It involved the “longest and toughest discussions”, as one Arab diplomat put it. Negotiations on it and other resolutions lasted through the entire night on Wednesday.

See: Deliberations to strengthen rules of war go down to the wire

As the guardian of the Geneva Conventions, the ICRC has repeatedly expressed concern at their frequent and often brutal violation.

“International humanitarian law is flouted almost every day, in every conflict around the world,” ICRC President Peter Maurer said in a statement. “By failing to support this initiative, states missed an opportunity to help to protect millions of people.”

Going into the conference, some human rights groups had suggested that the proposal, which had been redrafted in advance several times by Switzerland in the hope of getting a consensus, was already too weak. But it ultimately still proved too much for many countries.

Despite Maurer’s personal attempts to lobby reluctant diplomats one by one to back the proposal, countries instead agreed to a compromise text put forward by the Arab Group that committed states to continued consultations about a new mechanism, leaving the door open without taking definitive steps forward.

Maurer believes the current geopolitical environment was part of the problem.

“The logic of countering violent extremism, the fact that many countries are at war at the present moment, has had an impact on how they ponder the necessity to… restrain use of force and military power compared to the protection of civilians.”

“It’s a disappointment, but it reflects the political realities,” said one Western diplomat. “The Swiss and the ICRC misjudged the climate.”

During the negotiation process, several sceptical diplomats had reportedly raised the spectre of the UN Human Rights Council, which subjects member states to regular public reviews of their human rights records. While human rights activists have hailed the process as an exercise in accountability, many countries think it has become over-politicised.

Representatives of the Arab Group, which, like Russia and several other states, opposed the original resolution, said they supported the creation of a compliance mechanism but felt there was not yet enough information about how it would function.

Jumping on the bandwagon

“We are not in favour of blocking the process, and also we were not happy with the idea to jump into an unknown thing,” said a diplomat from Algeria, which coordinated the Arab Group. “So we asked the facilitators – ICRC and Switzerland – to give us more details… and we asked to have enough time to discuss all of that. Before establishing [it], we should know what it is exactly.”

A second Arab diplomat said Arab states felt there were not enough assurances that the process would not be politicised. One representative of an Arab Red Crescent delegation added: “We support compliance, but not if it infringes on sovereignty.”

But even some states that might have been expected to be enthusiastic were not especially so.

“There are some very understandable concerns, and some important questions,” another Western diplomat said.

A third Western diplomat who had supported the initiative said his government was happy with the result: “Lowest common denominator, but the process continues...” The Arab diplomat described it as building "momentum".

Despite his disappointment, Maurer takes comfort in the fact that many countries have “now jumped on the bandwagon of praising present or existing mechanisms”, namely confidential dialogue with the ICRC about violations of IHL. “It will be interesting over the next months and years to test those commitments,” he told IRIN. 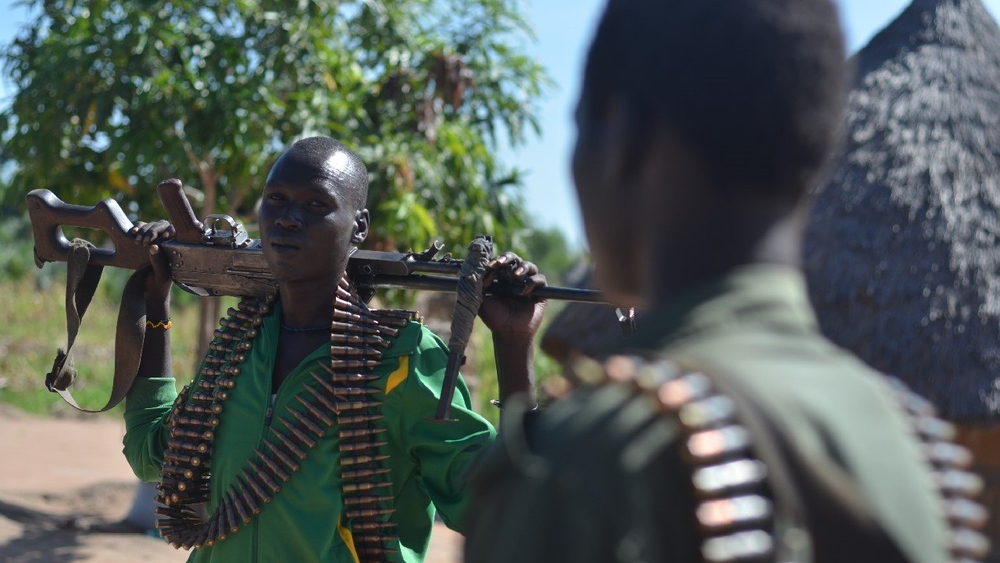 A proposal to strengthen protections for prisoners also proved controversial. Before the conference, the ICRC had identified weaknesses in the current law, including prisoners in domestic – rather than international – conflicts; particularly vulnerable detainees; the conditions, grounds and procedures for detention; and detainee transfers.

The ICRC saw the adoption of a binding international treaty or an amendment to an existing one as the most effective way to strengthen IHL in this area. But finding "insufficient political support" in the lead-up to the conference, it instead recommended that states give the ICRC a mandate to facilitate the drafting of a non-binding “instrument” setting standards on detention that would address the gaps in the current law.

But the resolution ultimately adopted recommends only that states “engage in further work on strengthening international humanitarian law protecting persons deprived of their liberty”. The final text eliminated many of the references to domestic – or “non-international” – armed conflict. This was in part a result of pressure from Arab states, which, according to the Algerian diplomat, did not want any new rules or obligations imposed on them, “especially in the current context… We have a lot of problems in our [region].”

The resolution on detention also refrains from giving the ICRC any mandate to lead further discussions, motivated in part by a feeling from some states that ICRC was overstepping its mandate - a charge Maurer firmly denies.

Governments were, however, successful in reaching consensus on other issues.

In the wake of a US military attack on an NGO hospital in Afghanistan, which killed at least 30 people, governments adopted a resolution calling on states to implement measures domestically – including new laws – to ensure the respect for their international obligations to protect the wounded and sick, and healthcare personnel and facilities. They also committing to conducting "full, prompt and independent investigations with a view to reinforcing preventive measures, ensuring accountability and addressing the grievances of victims”.

Steffen Kongstad, Norwegian ambassador to the UN in Geneva, called it a “very good resolution”.

A young girl raped in Bamenda, in the Katanga province, says: "before getting raped, I was betrothed. But the marriage was of course canceled. Now my father has to repay the dowry. The family of the rapist has promised to pay for it, but since then, they 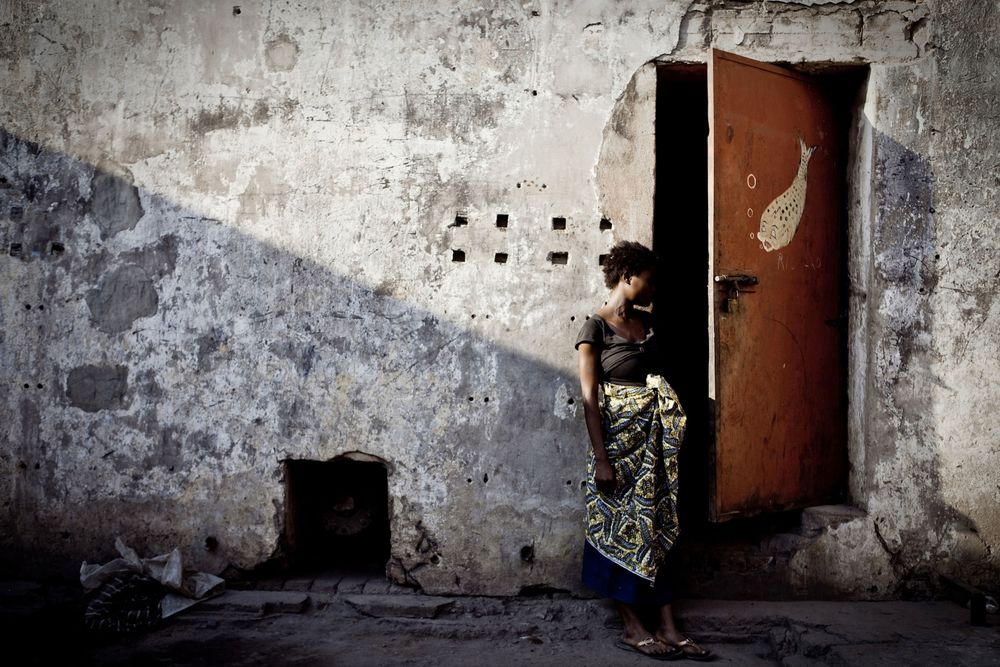 States also agreed to work towards stronger measures to counter sexual violence in conflicts and to provide victims better treatment and access to justice, in a resolution that Kongstad said “underlines that [sexual and gender-based violence] is firmly on the agenda”.

Another resolution urged states and national Red Cross and Red Crescent societies to better protect their volunteers, including by providing training, protective equipment, psychological support and, as much as possible, insurance for death, injury, sickness or trauma. Dozens of volunteers from the Syrian Arab Crescent alone have died since the beginning of the conflict in 2011.

“These have been important resolutions where I was positively surprised that we could have [such] strong language and so much consensus,” Maurer told IRIN.

The conference also saw the launch of a campaign by the International Federation of the Red Cross to raise awareness among governments and the private sector of the importance of building resilience, with the aim of supporting at least one billion people worldwide to take steps towards their own resilience by 2025.

The Red Cross and Red Crescent movement also agreed on a message to the World Humanitarian Summit, a consultative process to reform aid delivery, calling for a more locally-driven response, more investment in building resilience, and a focus on the “access, proximity and trust” that would allow more agencies to work in the hardest and most remote parts of a crisis.