When 12 doctors with Médecins Sans Frontières and 10 of their patients died in an attack on their hospital in Kunduz, Afghanistan, the medical NGO demanded an independent investigation.

Now MSF says it believes it is getting closer to the truth of how and why its hospital was bombed, with the news that a little-known independent investigative commission has been activated, and stands ready to begin working.

MSF requested the involvement of the International Humanitarian Fact-Finding Commission four days after the US airstrike, an attack that happened even though the location of the hospital had been communicated to American forces several times in the days and hours beforehand.

In the immediate aftermath of the attack, the US and Afghanistan tripped over themselves to offer condolences, prayers, and contradictory accounts of what happened. But both also announced investigations. That is as it should be: as signatories to the Geneva Conventions, both countries are legally bound to investigate alleged violations committed on their territory or by their armed forces. But MSF, which had already said it believed a war crime had been committed, had other ideas.

At a packed press conference in Geneva, MSF’s president Joanne Liu made clear its position. ‘Gentlemen’s agreement’ investigations by the countries involved would not be enough: such a horrific event required an unprecedented, and completely independent investigation, and the body to carry that out, MSF said, was the International Humanitarian Fact-Finding Commission.

The IHFFC is so obscure that even experienced Geneva journalists were busy googling it during MSF’s press conference. Established under a protocol of the first Geneva Convention, it is tucked away in a quiet corner of a Swiss government building in Berne. It consists of 15 experts in international humanitarian law, and is designed to investigate alleged violations of IHL.

The strangest thing about the IHFFC is that it has never actually been used. Professor Charles Garraway, an expert in IHL at the University of Essex, is one of the IHFFC’s 15 members. 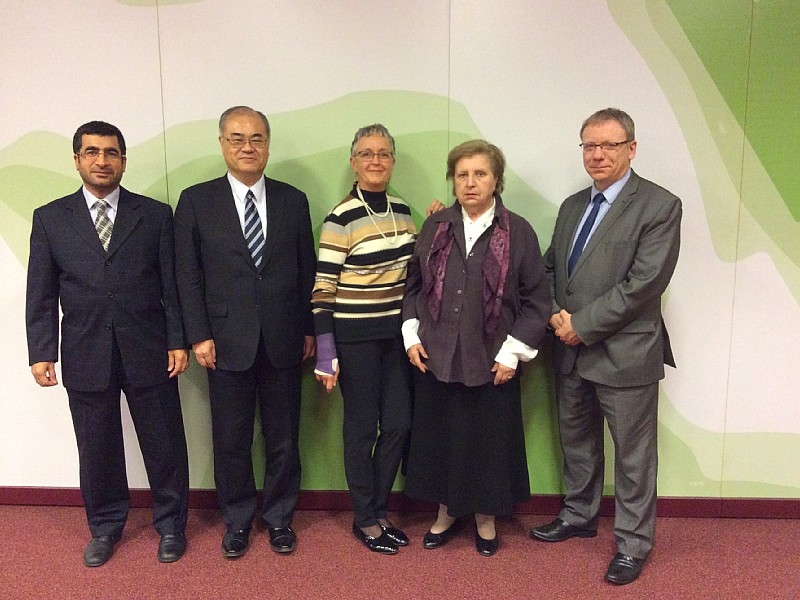 “When one thinks that it [the IHHFC] came out in 1977, that was in the middle of the Cold War,” he explained. “We were designed as a conflict resolution body, to reconcile things [in confidence] between states.”

“But we didn’t come into existence until 1991 [when a minimum of 20 states had ratified it]. The whole world had changed.”

Garraway points out that the 1990s saw a shift in focus away from confidential conflict resolution to transparent accountability, in the form of tribunals for Rwanda and Yugoslavia. “Events had overtaken us,” he said.

Professor Garraway could have added that other bodies have overtaken the IHFFC as well, not least the International Criminal Court and the myriad ad hoc commissions of inquiry (into alleged violations in Syria, or Gaza for example) established by the UN Human Rights Council.

That is why Garraway confessed he was “surprised but pleased” when he heard that MSF had requested the IHFFC be brought into investigate. “We stand ready and willing,” he said.

But can the IHFFC really get at the truth: the “intentions, the facts, and the why”, as MSF put it? Some IHL experts have their doubts.

Marco Sassoli, professor of international law at the University of Geneva, said he was “astonished” at MSF’s request, adding that ‘the probability that it could actually work is low.”

Sassoli pointed out that the IHFFC is really designed to investigate violations committed by one side or the other during an international armed conflict, and Afghanistan’s war cannot really be classed as such. In addition, any investigation would need the formal agreement of the warring parties: the US, Afghanistan, and probably also, Sassoli believed, the Taliban. The US is not even a signatory to the body of law that set up the IHFFC.

What’s more, both Sassoli and Garraway fear MSF may have misunderstood what the IHFFC can actually do. The commission, even if it does get permission to work, is fact finding, not prosecutorial, and its report would be confidential: shared only with the parties to the conflict.

Garraway offered a hypothetical example of how such low-profile investigations can be useful. “A flare up on the border between Pakistan and India. There are alleged attacks on Indian military outposts by Pakistani soldiers. Then some hothead claims soldiers bodies have been mutilated. Neither India nor Pakistan wanted this to become major.”

“That’s exactly the kind of situation we were designed for. We investigate and report in confidence to both parties.”

So MSF’s suggestion that it too would see the findings of any investigation into Kunduz, and that it would then “decide what do” is unlikely, unless one of the warring parties chooses to share such findings.

Nevertheless, Washington seems to have been made nervous by the request to bring in the IHFFC. Within hours of MSF announcing its demand, President Barack Obama had personally called Liu to apologise for the bombing.

But apologies, unsurprisingly, will not be enough for MSF, and now that the IHFFC has been activated, the ball is back in Washington’s court. Will it consent, or not? Refusing could look bad: after all, why should an advanced democracy, committed to human rights and the Geneva Conventions, refuse an independent, non-prosecutorial fact-finding commission whose eventual report will remain confidential?

Marco Sassoli thinks he knows why. “The investigation would need access to confidential US [military] information… and the military the world over is obsessed with secrecy.”

In the end, MSF’s greatest achievement may not be in getting the IHFFC to do its job, but in requesting its involvement at all. In doing so the agency has forced the Geneva Conventions and the question of how they are upheld into the headlines. As Liu pointed out, Kunduz hospital is not an isolated case: there have been attacks on medical facilities in Syria, Yemen, Sudan, Central African Republic, and many other conflict zones.

What Liu really wants, she says, is for Kunduz to be a test case and a reminder. She wants the facts of what happened, the horror of patients burning in their beds, and the international condemnation that follows, to stay in people’s minds for as long as possible.

Because, she says, when she sends her staff into war zones, she wants to be sure that everybody, and most especially the warring parties, knows “what the rules are”.