The recent closure of Save the Children* in Pakistan has further soured relations between NGOs and the government, potentially putting at risk life-saving programs for tens of thousands of people across the country.

The decision, which was partially reversed after US pressure, has convinced many in the sector that the government is seeking to crack down on dissent.

A new law to regulate the sector is being drawn up behind closed doors, and the Norwegian Refugee Council has already been expelled from the country.

The crackdown is working - some NGOs are already abandoning work on issues such as women’s rights for fear of facing the wrath of the government.

Heather Macey, Country Coordinator for the Pakistan Humanitarian Forum (PHF), which brings together some 50 INGOs including Save the Children, said its members “are concerned that principled action and life-saving interventions to some of Pakistan’s most vulnerable people may be disrupted by the current disabling environment for INGOs."

On 11 June dozens of police arrived at the main offices of Save the Children in Pakistan with an order to freeze all activities across the country.

No official reason was given, but government sources claim the organisation was affiliated with Shakil Afridi, a doctor who allegedly ran a fake vaccination campaign to gather information which led to the killing of Al Qaeda chief Osama Bin Laden in Abottabad in 2011. He was later jailed for 33 years. ]

One government official said Save the Children, which has been working in Pakistan for over 30 years, had attempted to alter documents showing Afridi spoke at seminars organized by it in Abottabad and other towns in Khyber Pakhtunkhwa (KP).

“We had been watching Save the Children for years. They were clearly involved in hiding facts from us, including their links with Afridi, and working outside its stated range of activities,” the senior Pakistani government source told IRIN.

Save the Children’s Saeed Minhas dismissed the link as ridiculous. "We worked with the KP government who invited us to train more than five thousand doctors. The trainings were in government facilities. Afridi, who was a KP Health Ministry worker, attended two trainings and that was our only contact with him."

After frantic lobbying by the American government, on Sunday the position was partially reversed. Yet Interior Minister Chaudry Nisar Ali Khansaid restrictions on Save the Children will continue for now.

On 16 June, the government announced that international humanitarian groups would be permitted to continue work in the country for another six months, provided they registered themselves with the government within three months. Again, no reason or clearer information was given.

Minhas said they were now in limbo. "We are happy the government has said it has allowed us to return to work, but the question still remains if we can actually resume operations in the field," he said. "We do not want to do anything against the law." 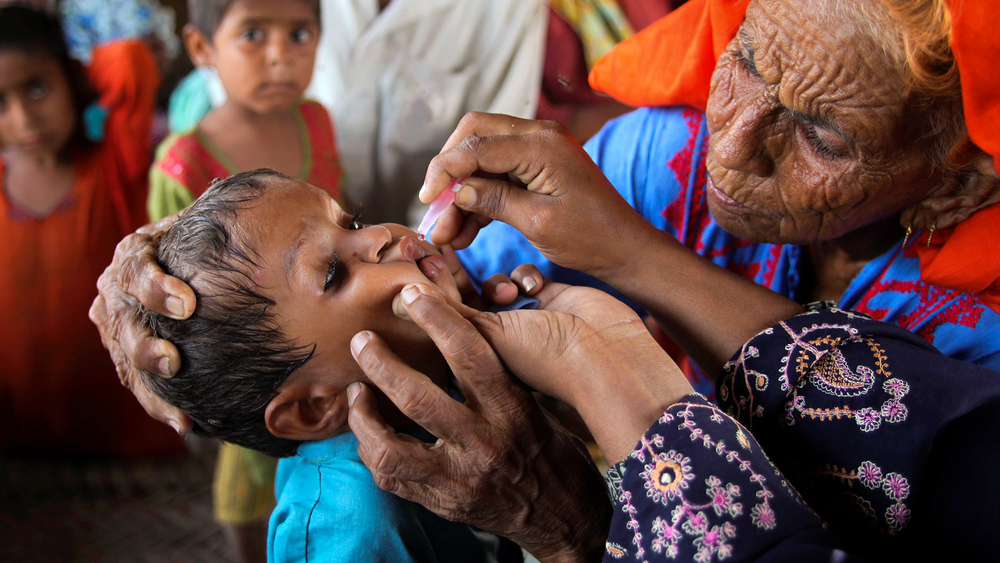 While all NGOs IRIN spoke to accepted the importance of abiding by the country’s laws, many admitted to feeling threatened.

“I have a feeling it will first be the international groups and then us [local ones],” said Zohra Yusuf, Chairperson of the Human Rights Commission of Pakistan. The government, she said, has begun to use terms like “national interest” to act against organizations critical of policy on women’s rights and the government’s decision to reinstate the death penalty.

Around 22 percent of Pakistan’s population lives in abject poverty, according to the World Bank. That number has fallen from around 30 percent in 1998 – partly due to huge aid programmes.

But NGOs are concerned that tightening restrictions and bureaucratic hurdles are making it harder to deliver both humanitarian and development aid.

In 2013, a regulation was passed requiring international NGOs to get a memorandum of understanding from the Division of Economic Affairs. More than 150 applied. So far just 19 have received approval and around six were formally rejected.

On top of that, the Inter Services Intelligence (ISI), Pakistan’s most powerful intelligence agency which effectively runs under military control, is part of a committee established last month to look into the working of NGOs. It is reported to be looking into the activities of about 20 NGOs [].

Save the Children was one of these. Another on the list, the Norwegian Refugee Council (NRC), has already been asked to close its programs and the leave the country. The NRC is appealing the decision and declined to comment on its case.

The government is drafting a comprehensive law to regulate the NGO sector.

Currently, NGOs are governed by a spate of complex regulations and registered by different ministries and under different acts. There is widespread agreement among lawyers that the system of registering and licensing NGOs needs to be streamlined.

“There is too much chaos with so many different laws there on paper,” lawyer Saeed Anees, based in Lahore, told IRIN.

However, like others, he fears the government could misuse the law to crack down on NGOs. “We need more details of this law and it must be opened up for public debate before it is enforced,” he said.

PHF’s Macey told IRIN the government’s policy-making has been somewhat opaque. She said her organisation had been working with the government for two years “and respects the right of the government to implement policy to regulate INGOs in Pakistan.”

“However, to date the process has been slow and lacked transparency."

Trust between many NGOs and the Pakistani government has all but broken down, with many taking the Save the Children closure as a warning to others.

For some, it is already forcing them to scale back their more ‘controversial’ work.

Gulnar Tabassum, Director Leadership and Communications at Shirkatgah, a Lahore based women’s collective, said within the organisation there had been “a feeling of some worry… especially as we work for women’s rights, often a sensitive area. In fact, we were not given a No Objection Certificate by the government to continue a project on empowering women that was undertaken in Swat.”.

The head of a smaller NGO which works for women’s rights, mainly in Khyber Pakhtunkhwa, said they were scaling back work which could anger the authorities. “We have decided to work only in the safer areas, such as promoting education for girls, but not touch on issues such as laws which affect them or advocate the teaching of rights in school curriculums, because this could annoy the government,” he said.

Another NGO working for the education of women in KP, whose director asked that they not be named, said they had been warned to be “careful” about what kind of activities they took on.