The World Food Programme’s (WFP) celebrity-endorsed #ADollarALifeline campaign thrust the plight of Syrian refugees back into the global spotlight and netted more than the asked-for US$64million in just a matter of days.

Thanks to the generous donor response - including a single allocation of $52million from Saudi Arabia - electronic food vouchers for Syrian refugees in Lebanon, Jordan, Iraq, Turkey and Egypt that had been temporarily suspended, have been reactivated.

But in addition to raising cash, WFP’s campaign has also served to underscore the precarious nature of humanitarian funding at a time when there are four concurrent Level Three Emergencies (the most serious kind according to the UN) in South Sudan, Central African Republic, Syria and Iraq, as well as the Ebola crisis in West Africa.

"Unfortunately this is the reality of a system that is broken"

WFP, which is currently trying to support more than 80 million people in 75 countries worldwide, isn’t the only over-stretched UN agency. It has, however, hit the headlines several times in recent months due to funding shortages threatening food distributions not just for Syrian refugees: WFP staff told IRIN there had been ration cuts in Kenya and Ethiopia, and in Afghanistan school feeding and other programming has been stopped.

These cuts reveal not just the size and number of the emergencies that WFP is tackling, but according to experts show that the current funding system is not adequate.

“Unfortunately this is the reality of a system that is broken. When you have this many crises going on at once around the world, it brings to light a lot of problems in the humanitarian response architecture,” said Mark Yarnell, a senior advocate at Washington-based NGO Refugees International.

“With all the attention the Syria situation received, maybe it can force a deeper look at why the system keeps breaking down. We hope the upcoming World Humanitarian Summit can be an opportunity to address some of these challenges,” he added, referring to the global industry event due to take place in  2016.

Christina Bennett, an international aid policy analyst and research fellow at the Humanitarian Policy Group at the Overseas Development Institute (ODI) in London, told IRIN that while there would always be room for end-of-calendar-year appeals to attract donors with unspent money, there was a need to get away from short-term funding cycles that both hinder planning and create procurement delays.

“It is largely a reactionary system,” she added. “If there was an ability to have more flexible and longer-term funding, you may perhaps see fewer of these last-minute urgent appeals and more of an effort to plan ahead of time.”

Angelline Rudakubana is deputy country director for operations and programming for WFP in Afghanistan, where a shortfall of $26.9million has led to the suspension of school feeding and a reduced allocation of rations to many communities.

“For 2015 we need about $166 million for all our activities, including our air operations,” she told IRIN. “We have some donations coming in and it looks like we will have enough to cover us until March, maybe even into early June, but because of late pledges and confirmations, some of the commodities we need will not be secured in time and so we will have breaks in our pipeline.”

Rudakubana stressed the point that unlike many other UN agencies, which receive core funding  (money coming from member state contributions) WFP was entirely voluntary funded.

“That has always been the case but we are fighting hard to make a case that this has to change to either core funding or have multi-year funding commitments from the donors,” she said, noting positively that Australia had recently agreed a three-year funding package.

“This type of multi-year funding helps us to be able to plan and commit and manage our resources in a more sustainable manner, as well as be able to build partnerships with the implementing partners and governments,” she added. 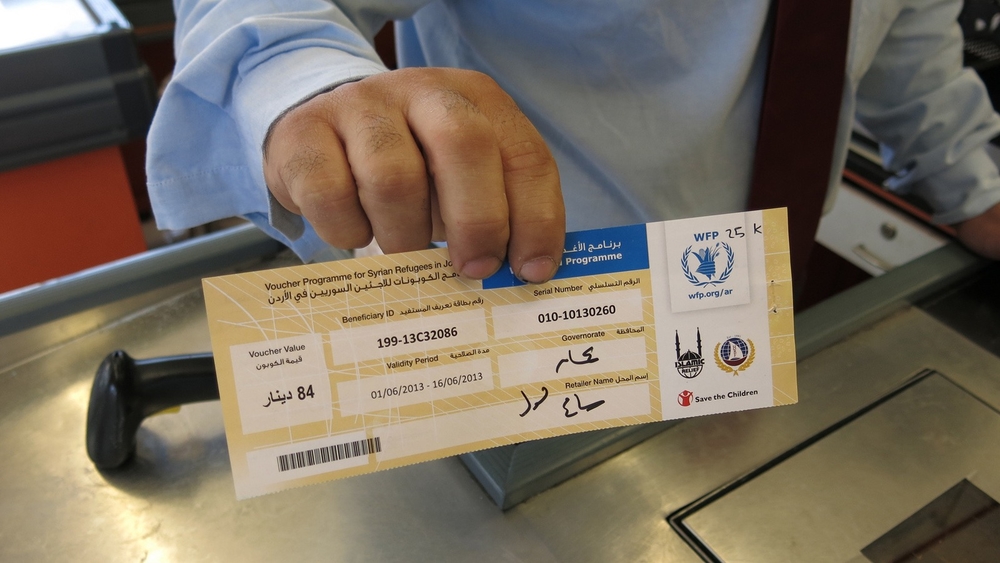 Giving the example of Dadaab camp in Kenya, where many Somali refugees have lived for decades and which has a well-developed local market system, he said: “If more refugees were allowed to work in Kenya and use the local market system, they would be much less dependent on WFP food distributions.”

“It’s a big deal for a host country to be willing to allow refugees to work and have them integrate more into their economies,” he acknowledged. “But at the same time, it’s critical, because when you look at the number of crises and people in need, versus the amount of money that is out there, they just don’t match up."

On 8 December the UN Office for the Co-ordination of Humanitarian Affairs (OCHA) released the Global Humanitarian Overview 2015, seeking record funding of $16.4billion to help close to 57.5million people across 22 countries.

At the report launch in Geneva, Valerie Amos, UN under-secretary-general for humanitarian affairs and emergency relief coordinator, noted “the rising scale of need is outpacing our capacity to respond.”

OCHA’s Financial Tracking Service(FTS) reveals that as of 14 December, fewer than half of the 31 humanitarian appeals launched during 2014 had attracted more than 50 percent of what they asked for.

“The funding appeal floor is rising every year, but the gap between the funds appealed for and the funds contributed is also widening… (and) what we are seeing is that there is a finite amount of money in the system for humanitarian response,” said Bennett from ODI, noting the problem of donor fatigue.

“In the case of Syria… these people are not displaced over a few years, they are displaced over potential decades, so donors are going to be on the hook for many, many years to come and I think that is dawning on everybody.”

Experts have, however, identified a “clash of cultures” between commercial companies and aid agencies that in some instances have been barriers to fruitful partnership.

So-called “non-traditional” or “emerging” donors, like China, Turkey, and the Gulf countries, are also stepping up. In 2013 the UAE was, according to the Development Assistance Committee (DAC), the world's largest donor of Official Development Assistance in proportion to Gross National Income, and in July this year it became the first non-OECD country to join the committee, though only as a non-voting participant.

And, earlier in the year it donated $500million to the UN in Iraq to help support the more than two million people displaced since the turn of the year by the activities of Islamist militants, as well as US$35million for the Ebola crisis.

Bennett said the money from donors like Saudi Arabia was very welcome but cautioned that “one-off donations” were not always “consistent”.

“There isn’t enough history working with these emerging donors to know whether they can be counted on year after year in the same way that traditional donors have been,” she said. “There is an expectation on the part of agencies that the traditional donors will always bail them out.”

Expanding the donor base was one way, she said, but she also called for aid agencies to spend their money more effectively.

“It’s about coordination and efficiency, for example, working with a local organization who might be more cost effective,” she said. “Responses need to be context-specific. In some places cash and food vouchers might make sense, but in other places in-kind solutions may be a more efficient and effective response.”