In northern Afghanistan, the residents don't often use the phrase - most don't even know it. But as they describe how increasingly extreme weather patterns are making their lives harder every year, they map out many of the symptoms of climate change. As a new UN report warns that "irreversible" climate change is affecting more people than ever, these Afghans are on the front line.

Naim Korbon says he is 90 years old, though he admits he does not really know. Either way he is too old to be carrying cement. Yet in the northern Afghan village of Rozi Bay in Balkh Province, he and his extended family are rebuilding their homes.

Earlier this year his life's work was destroyed as vicious floods cascaded through the area. It was, local experts say, the worst to hit the region in 42 years. Nearly half of the village was swept away, including Korbon's home. All down his street buildings - many of them over 50 years old - are slumped; roofs sliding off, surrounded by piles of debris. "We will rebuild it all better than before," Korbon said, picking up his shovel.

A child in northern Afghanistan sits in front of his former home, which was destroyed in floods in Spring 2014. 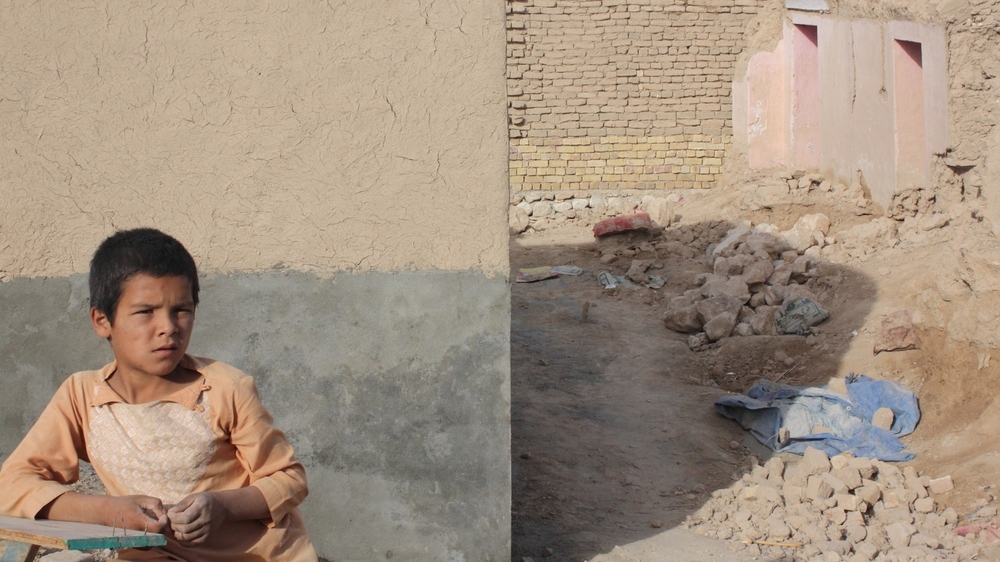 Floods are not the only weather making the residents' lives harder. In the nearby village of Baghacha Khan Mula local representative Abdul Jalote Mufakar pointed at the barren earth with a sense of resignation. "In recent years, there are no crops. Only almonds grow any more," he said.

This pattern of long droughts, poor harvests and flash floods has been a growing trend for the people of northern Afghanistan, with experts largely in agreement that the climate is becoming more extreme. A new report identified Afghanistan as one of 11 countries globally at extreme risk of both climate change and food insecurity.

One trend is for late, harsh cold snaps that can mean snow and sleet hit just as crops and fruits are blossoming, killing the produce. "Every year the cold season comes later and stays later," Mufakar says.

Such cold snaps also help make the floods more intense, Andrew Scanlon, country director of the UN Environmental Programme (UNEP), explained: "If you are getting late snow it is warmer and melts faster. If you get snow up to April, it is not very consolidated and it melts in May; whereas if you get snow in February or March it packs and lasts all the way through until August."

Scanlon estimates that since 1982 temperatures in northern Afghanistan have risen about 0.8 degrees per decade, though he accepts that the data is not reliable enough to know for certain.

These changes have coincided with, and partly led to, increasing poverty for the residents in Balkh. In the 1970s, the average Tajik family (the majority ethnic grouping in the area) in northern Afghanistan had 100 goats, one cow and two oxen, according to a report by the NGO Action Against Hunger. Today, it is seven goats and less than one cow or ox per family.

"Among the crops that may benefit is exactly the one that the Afghan government and the foreign forces are seeking to fight - opium poppies."

While three decades of war has been the primary driver of this gradual slide into poverty, the changing climate has also played a role. "Most people here are farmers. In the past we used to have a lot of livestock but after several years of drought, we had to eat the animals," Mufakar explains.

Mohibullah Niazi, senior shelter technical officer at the north Afghanistan branch of the Norwegian Refugee Council, says the climate may have reached a tipping point.

"People are experiencing flash flooding, river flooding, landslides [and] avalanches in [the past] three years, [the likes of which] they had not experienced in past 56 years.

Adjusting to such a situation requires radical thinking. Scanlon said there was a push from the UN, civil society, NGOs and local Afghan groups to encourage the nascent Afghan government towards a larger programme of what is called watershed management.

This would include more schemes to protect individual towns like Khulm in Balkh Province. The town has been spared some of the worst flooding in recent years following the creation of a watershed project designed by the World Food Programme and the Food and Agriculture Organization. Three dams harvest the rain and floodwater, while two reservoirs feed a drip irrigation system - helping water 150 hectares of land planted with trees. This also leads to more stable earth, reducing the risk of flooding.

Other adaptation mechanisms are being employed as well. To reduce the flood risks, houses built to government standards are required to have stronger foundations, while expensive burnt bricks are used wherever possible to reduce the risk of collapse.

A March 2014 Afghan government planning document seen by IRIN also highlights the need for farmers to shift the crops they produce. 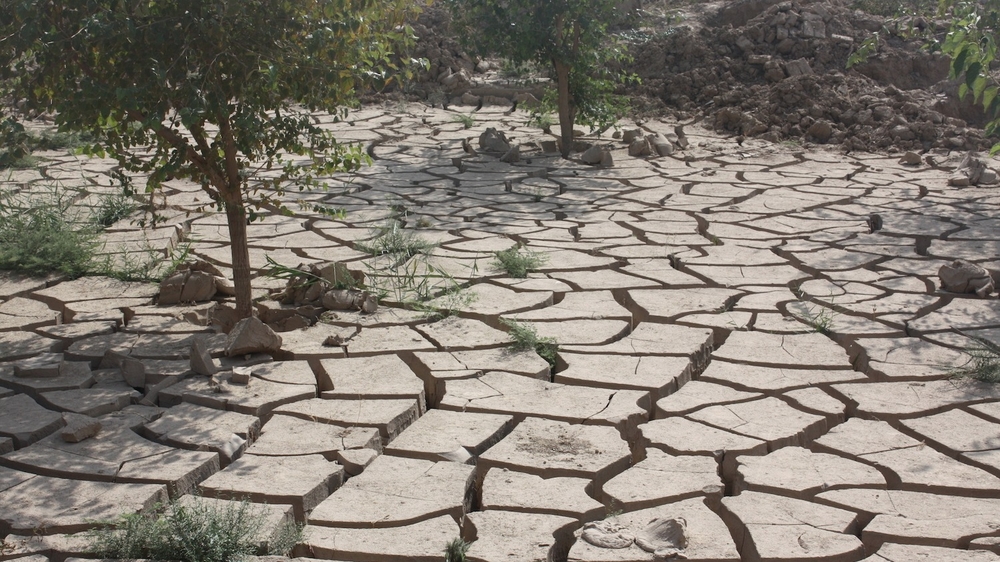 "Whilst certain crop species may actually benefit from carbon enrichment and increased temperatures (e.g. wheat, which may experience an expansion of its growing season), it is likely that the increase in intensity and duration of both droughts and floods will significantly decrease the productivity of most species," the document said.

Among the crops that may benefit is exactly the one that the Afghan government and the foreign forces are seeking to fight - opium poppies. The US government has spent $7.6 billion in the past 13 years trying to tackle poppies, which form the basis of heroin, according to a report from the Special Inspector General for Afghanistan Reconstruction. Yet in recent years there has been a resurgence in cultivation, partly as poppies require less water than other crops.

"More water intensive staple crops will become less attractive to farmers, with a likely increase in the attractiveness of those that are more drought hardy, including opium poppy," Niazi said.

Part of the issue is that villages like Rozi Bay cannot do it alone. Most areas affected by flooding are downstream, but the problems start far higher at the source of the rivers. "People start to do protection work in the lower catchments to protect the [populations] but you have to really start way back up in Badakhshan where the problems are emanating from," said Scanlon, referring to the northern mountainous province.

Scanlon said that only in recent years have the reporting mechanisms in the country been strong enough to start to build up the country's meteorological data, enabling better understanding of environmental change. UNEP, along with the Afghan government and other partners, is in the process of establishing a national environment data center. This, he said, is beginning to enable them to develop a bigger picture of the challenges with the aim of establishing better early-warning systems among others. "We need to embrace complexity and then come up with solutions for complex situations," he said.

While he was careful not to talk about specific towns, Scanlon suggested that a debate needs to be had about whether it is feasible to keep rebuilding in areas that are likely to see yet more extreme weather in the coming years. It could, he posits, be better to move communities on to higher regions rather than continue to invest in rebuilding those in flood-prone ones.

But in a region where attachment to land is incredibly high, any such moves are likely to face fierce resistance. Mufakar tells a cautionary tale of one man who left his village after the floods to seek a new life in the state capital Mazar-i-Sharif. "When I see him now he just cries - before he had land, now he has nothing," he said.

And back in Rozi Bay, Korbon, too, has little time for such pessimism in the face of climate change. Pointing to newly built foundations and burnt bricks, he is confident the problem is dealt with for good.

"We borrowed more [than the NGO gave us] so we only have to do this once, never again," he said. The meteorologists may not be so sure.