Repeated bouts of violence in Timor Leste’s recent past and a persistent sense of injustice have had a lasting mental health impact, new research shows. Researchers say recovery may require more than therapeutic interventions.

Results from a 2004-2010 mental health study showed that the conflict leading to Timor-Leste’s 2002 independence had lasting mental health effects, and communal violence in 2006 which left 100,000 displaced exacerbated the situation.

“Our research shows that the strongest predictor, by far, of post-traumatic stress disorder [PTSD] is feelings of preoccupation with injustice related to multiple incidents,” Belinda Liddell, a psychology professor at the University of New South Wales in Sydney and research director on the study, told IRIN.

“For example, if a respondent reported his brother had been disappeared during the Indonesian occupation, then also that he was now frustrated because his neighbour had received a pension [pay-out] from the government and he hadn’t, that quadrupled the likelihood of him presenting with PTSD.”

Liddell and her colleagues assessed more than 1,000 adults in a mix of rural and urban settings in Timor-Leste in 2010.

In 2004 researchers found 2.3 percent of participants exhibited PTSD. “That rate was much lower than one would expect,” said Liddell, pointing to a 2010 article in the Journal of the American Medical Association that surveyed data from 181 mental health surveys across 40 countries and found an average PTSD rate among conflict-affected people of around 30 percent.

However, six years after the initial study in Timor-Leste, Liddell and her team found that 16.7 percent of respondents showed PTSD. The pattern, she explains, is linked to both repeated experiences of violence and protracted experiences of injustice. The solutions, researchers say, involve more than diagnoses of disorders.

“Our staff hear stories even today about the violence in 1999,” said Manual dos Santos, director of PRADET, a psychosocial recovery and development NGO in Dili, referring to the bout of violence that ravaged the country after a majority vote in a UN-administered independence referendum officially severed ties with Indonesia.

“People witnessing their families being killed are still dealing with the mental aspect of that experience,” he said.

In a 2008 assessment that employed the Inter-Agency Standing Committee’s (IASC) Guidelines on Mental Health and Psychosocial Support in Emergency Settings, researchers noted that the country needed 300 mental health workers to provide appropriate care, but had only 15 at that time.

The government’s 2011-2015 Mental Health Strategy acknowledges the ongoing - though improving - mental health service gap, and lists “post-conflict issues”, including past experiences of violence, torture and persecution, death or disappearance of family members, and loss property, as risk factors for mental disorders.

However, some observers say the focus on trauma as a pathological issue might distract from the tangible causes and solutions. Emily Toome of RMIT University in Melbourne whose research investigates how trauma is understood in Timor-Leste argued: “Conditions diagnosed at the level of the individual have their grounding in broader socio-political contexts.”

In a 2013 conference paper, Toome argued that the focus on psychological trauma as a potential trigger for renewed inter-personal tension or violence may be over-emphasizing diagnostic and clinical solutions, saying “remedies aimed at the psyche that come at the expense of the material may pose a greater threat to a sustainable and secure community.”

Toome told IRIN: “It's important to tease apart local meanings of suffering across mental and material dimensions, as well as structural and… spiritual.”

Liddell explained that the injustice-related mental health outcomes captured in the longitudinal study were linked to a variety of factors, including religious beliefs. “Burying the dead is very important in Timorese communities,” she explained. “And if you have no closure to a loved one’s death because there has been no investigation as to the location of the body, that unfinished business of the burial can produce a lot of stress.”

The harbour in Dili, Timor-Leste sees a steady stream of tanker ships bringing much-needed imports to the half-island impoverished nation. 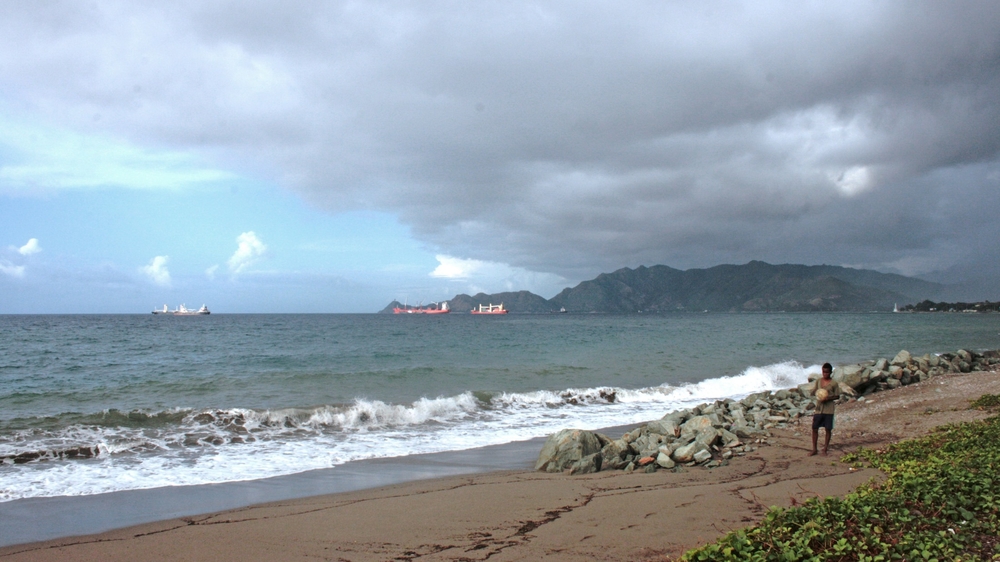 While the Timorese justice system has become more formalized in recent years - including through a “mobile courts” initiative - inspiring increased confidence in the government to resolve disputes and legal matters, attention to past crimes has been limited.

According to the 2013 Timor-Leste Law & Justice Survey published by The Asia Foundation (TAF), “there has been very little progress in the pursuit of justice against defendants for past atrocities.” Instead, TAF researchers argue, “events such as the 2009 release and repatriation of Indonesian citizen Maternus Bere, indicted for serious crimes including the killing of more than 30 unarmed civilians and three priests [in Timor-Leste] on 6 September 1999, only fuel the fire of frustration.”

The stresses of material loss

According to PRADET’s dos Santos, some clients presenting with mental health problems explain their experience in terms of material losses.

“During the Indonesian time, some people had a decent material life - house, motorbike. And after 1999 this changed dramatically,” he said. “Their belongings were destroyed, and they were left with nothing - which triggered a lot of trauma and mental health problems.”

The World Bank estimates that the 1999 violence destroyed 70 percent of Timor-Leste’s infrastructure.

In a 2014 paper by Lao Hamutuk, a Dili-based policy analysis organization, researchers framed trauma in terms of persistent consequences for economic survival. “Many people are traumatized,” the paper said. “Repeated unpredictable, uncontrollable interruptions to people’s lives has taught them not to plan for or invest in the future.”

“Mental health is related to conflict, human rights violations, and witnessing atrocities – we see this in our data,” said Liddell. “But it’s also related to poverty, access to livelihoods, and access to justice,” she said, pointing to a mental health recovery theory called ADAPT - Adaptation and Development after Persecution and Trauma. ADAPT's creators argue that “frustration and disappointment with a failure to achieve social justice in the form of economic opportunities, social stability and good governance, are… typical of many post conflict societies,” and “the restoration of a sense of justice will be a slow and piecemeal process, best advanced by a multi-sectoral, grassroots and participatory approach.”

Timor-Leste, home to 1.1 million people, was a Portuguese colony before it was occupied by Indonesia in 1975, prompting a decades-long violent struggle during which hundreds of thousands of people perished due to conflict and famine; it achieved independence in 2002. In 2006, the country experienced widespread riots and conflict due to dissent within the army, which resulted in military intervention.