Funding shortages are threatening relief operations in Iraq's troubled Anbar Province, where violent clashes have led to the displacement of more than 400,000 people in three months, aid agencies warn.

"UN agencies are now warning that without substantial additional financial contributions, they may need to cease operations - some as early as within a month," the UN Assistance Mission in Iraq (UNAMI), wrote in a 3 April report.

Titon Mitra, who heads UNAMI's Integrated Coordination Office for Development and Humanitarian Affairs, told IRIN it was "a very serious and real concern".

At last count on 2 April, 71,184 families had fled their homes due to fighting that erupted in January between the Iraqi Security Forces (ISF), Islamic insurgents and other militant groups. According to the Anbar Health Directorate, as of 30 March, 156 people have been killed and 741 injured.

In March, the UN launched an emergency appeal for US$103 million to pay for food, shelter, medical, water and sanitation supplies for a projected 240,000 internally displaced people (IDPs).

But while the number of IDPs has soared since the appeal was launched, only $9 million had been raised towards the Strategic Response Plan as of 3 April. If more money does not come soon, heads of aid agencies warn they may have to pull the plug on some of their operations.

"We are all extremely concerned about our funding situation especially because the needs are growing so rapidly," explained Jane Pearce, representative of the World Food Programme (WFP) in Iraq.

"Right now I have enough stocks to last until June but after that, without new money, I will have nothing," she said, adding that she had already exhausted all internal mechanisms for additional funding within WFP.

"Now I can only rely on donors to come forward, and hope as well [that] the government will come to the table," she told IRIN. "We have been talking to them about this."

Despite the speed and the scale of the displacement from Anbar, the crisis has received little attention from the international community, which has been focusing on the war in Syria and on Iraq's upcoming election due to take place on 30 April.

Scores of international NGOs are working in the semi-autonomous Kurdish north of the country, which is hosting 220,000 Syrian refugees, but only a handful are involved in the Anbar response, where nearly twice as many people are in need.

Part of the reason is the precarious security situation in Anbar, making it very dangerous for aid workers to access the area. Some parts of Fallujah and Ramadi have come under heavy shelling and Fallujah has been under siege for months. While aid is slowly tricking through, UN teams are unable to access the areas directly, having to work instead with the Iraqi Red Crescent and other local NGOs to deliver aid there.

Still, funding is an issue, with much more money available for the Syrian response.

"The Syria crisis - now in its fourth year - takes up much of the attention of the international community, even though . [it is] itself heavily underfunded," said Tina Yu, country director of Save the Children Iraq, which is supporting Anbar IDPs in the Kurdish towns of Shaqlawa, Chamchamal and Kalar.

This family, displaced from Iraq's Anbar Province, now lives in a motel in the northern Kurdistan region. Anbar is home to fighting between Iraqi security forces and militants. 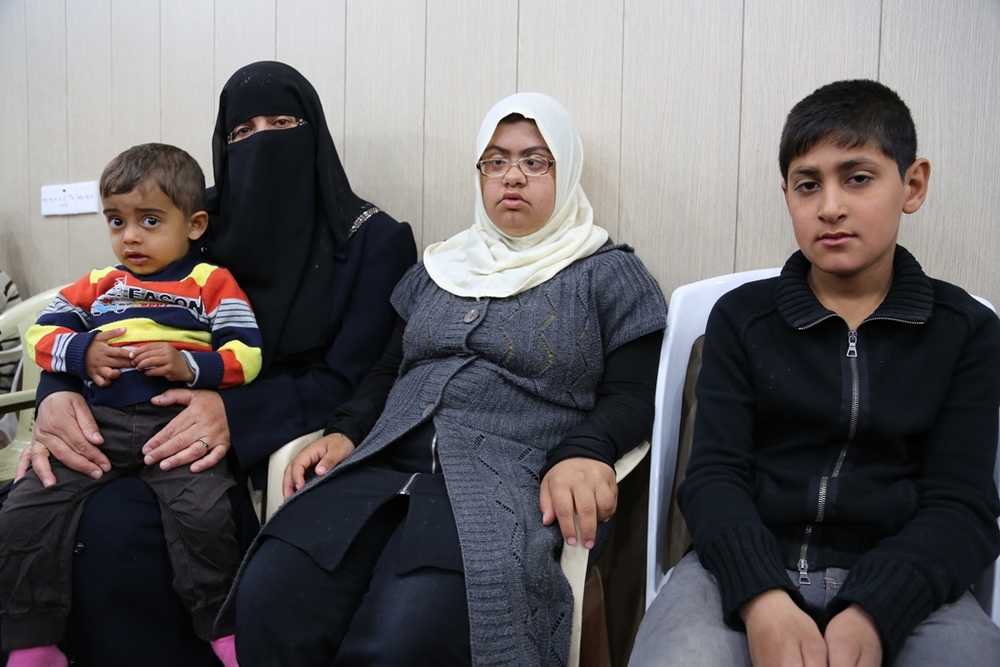 "The enormity of the Syria crisis requires more, actually, but that shouldn't lead to other crises being neglected," she told IRIN. "With the uncertainty as to how long this [Anbar] crisis will continue, we are concerned about our capacity to keep responding unless more funding is made available."

The Danish Refugee Council (DRC) has also called for more support from the international community as well as "conflict parties" to ensure more humanitarian access to vulnerable populations, which in some instances have been cut off due to fighting.

"Local and international NGOs and the UN are doing everything in their power but overall, the funding has been extremely limited, the humanitarian response is slow and the needs are increasing," Michael Bates, the DRC's country director in Iraq, wrote in a blog post.

"We are calling on the donor community and international partners to see the displacement from Anbar as another humanitarian imperative that needs urgent attention," he added.

Last month, the European Commission announced it would increase its 2014 humanitarian assistance to Iraq by ?3 million ($4.1million) due to the displacement in Anbar, though the money is not being channelled through the emergency appeal.

"What we realized was that under the radar screen, 370,000 people have been internally displaced, as a result of intensified fighting in Anbar, compared to 220,000 Syrian refugees who were originally the main purpose of our trip."

This week, the International Organization for Migration (IOM) released the first of several planned detailed assessments of IDPs from Anbar in its Displacement Tracking Matrix.

In it, it brings to light some of the conditions in which the IDPs are living - in some cases with only one set of clothes, and sleeping in abandoned buildings without enough money for food.

"As the capacity of host communities becomes increasingly overwhelmed, shelter is a growing concern," the report said, based on data collected during March from 397,104 IDPs. "The most pressing shelter needs in assessed sites were funds to pay rent costs and general housing."

Over the last few years, donors have begun edging away from Iraq. The global financial crisis, the withdrawal of US troops in 2011 and the worsening crisis in neighbouring Syria have all been factors. But more importantly, donors have been frustrated by a lack of progress after decades of reconstruction and development projects and felt Iraq's billions of dollars in oil revenue meant it could take care of itself.

But observers say the government in Iraq still lacks the capacity to properly disburse its own money. Others question the degree to which the provision of assistance and even basic services is politicized by the government.

Earlier in the year, the Iraqi government proposed an allocation of $4 billion for reconstruction in Anbar, and said it would give registered IDP families from Anbar $250 every month in cash.

But so far, the roll-out has been slow, and according to the UNAMI report, citing figures from the Ministry of Displacement and Migration, only 9,867 families had received the cash assistance - less than one in seven.

"The government has reserved a huge amount of money to help the IDPs but we do not feel that the distribution has been fast or efficient enough," said Marzio Babille, the representative for the UN Children's Fund (UNICEF) in Iraq.

"My staff have received reports of people not changing clothes for more than one and half months because they have no cash. These cash transfers must be expedited and be rolled out everywhere to all families to ensure equitable distribution of money."

Violence erupted in Anbar at the end of 2013 after months of rising tensions between its majority Sunni population and the Shia-led security forces.

The situation has been exacerbated by militants from a jihadist group, the Islamic State of Iraq and the Levant (ISIL), who have been fighting across the border in Syria.

According to the UNAMI report, instability is now spreading outwards from Anbar into in Salah-Al-Din and Diyala provinces.

This week, AFP news agency reported that ISIL militants had moved into the Abu Ghraib area - only 10km from Baghdad - sparking clashes in nearby Zoba and Zaidan, and attempted a failed assault on a military camp in Yusifiyah.

Addressing the UN Security Council in late March, Nickolay Mladenov, the special representative of the Secretary-General for Iraq, said: "The Anbar crisis poses the most serious challenge to the Government of Iraq's efforts to maintain the very stability and security needed for building Iraq's democratic State."