Humanitarian professionals tend to cringe at the spectacle of khaki-clad celebrities handing out food rations to refugees in Sudan or singing nursery rhymes to orphans in Malawi, but there is no denying the global attention and resources that well-known personalities can bring to their chosen causes.

The UN has long recognized this potential. It started using celebrities to publicize its work and raise funds in 1954, with the appointment of American entertainer Danny Kaye as the UN Children’s Fund’s (UNICEF) first Goodwill Ambassador. The UN now has 183 Goodwill Ambassadors, and most international aid organizations have followed suit with their own celebrity ambassador programmes.

But using actors, musicians and sports stars to convey messages about potentially complex development issues has its pitfalls. Recently, the US publication People Magazine ran an article about singer Christina Aguilera’s “emotional” trip to “war-torn” Rwanda as an Ambassador Against Hunger for the UN World Food Programme.

“The people of Rwanda touched me in a way I cannot express or put into words,” says Aguilera in the article. “They are in a place that needs our help, and I am so proud of the work that we are doing there."

Erroneously describing Rwanda as war-torn was probably the fault of the journalist rather than Aguilera, but the piece was lacerated by critics eager to mock the singer’s apparent naivety and the suggestion that a rapidly developing country like Rwanda needs an American celebrity to save it.

In his 2012 paper, Celebrity Diplomacy, London Metropolitan University’s Mark Wheeler described how the UN’s use of Goodwill Ambassadors has evolved from the “glamorous conformity” of stars like Danny Kaye and Audrey Hepburn to the more politically engaged and problematic Goodwill Ambassadors of the 1980s and 1990s, such as Richard Gere, who criticized the UN over its “non-recognition of Tibet”.

Under UN Secretary-General Kofi Anan, the use of Goodwill Ambassadors became “ubiquitous”, and by the end of his tenure in 2006 there were more than 400 of them.

“The difficulty is then it gets out of control,” Wheeler told IRIN. “The celebrity can actually act against your cause, like [singer] Geri Haliwell, who was brought in to talk about sexually transmitted diseases [for UNFPA] and ended up being completely out of her depth.”

Marissa Buckanoff, who heads up UNICEF’s celebrity relations and partnerships division in New York, said that a six to 12 month “courtship period” is mandatory for celebrities before they are designated Goodwill Ambassadors for UNICEF. “It’s really a getting-to-know-each-other period,” she told IRIN. “It’s informing them, knowing their interests, keeping them updated on our work.”

“If you use the wrong person for the wrong issue, you’re setting them up to fail,” she added.

Marie-Vincente Pasdeloup, who manages Oxfam’s Global Ambassador programme, agreed that celebrities need to be thoroughly briefed and informed about the purpose of a particular campaign before they make any public appearances on behalf of the organization. At that point, they are expected to convey core messages in their own words. “We have statements and press releases and blogs that are done by Oxfam’s core professionals. For the Ambassadors, it’s not the same messages we expect,” she told IRIN. “They’ll say, ‘I met these people, I was moved, I think it’s unjust and we need to act’, so it’s not like the nitty-gritty.”

"We have statements and press releases and blogs that are done by Oxfam's professionals. For the Ambassadors, it's not the same messages we expect"

She added that one of main goals of using celebrities was to reach an audience the organization would not normally reach and get them interested in an issue. “It’s an essential entry point for people,” she said. “Then we have policy papers and actions at all kinds of other levels.”

Social media has had a major impact on the ways celebrity ambassadors are able to spread the messages of the organizations they represent.

Pasdeloup gave the example of popular British rock band Coldplay, which is one of Oxfam’s Global Ambassadors. “They have over 11 million followers on Twitter, so if they tweet something about Oxfam, potentially 11 million people get that information on their smart phones,” she said.

Sisonke Msimang, a South Africa-based social commentator and civil society insider, welcomed the way in which celebrities can “lend their reach to amplify our message”, but cautioned that “the danger is celebrities over-simply the complexities of the challenges because their audience is one that’s not used to dealing with nuance.”

“You want regular people to care about poverty, and the risk is that if they only care about it because Miley Cyrus does, it kind of diminishes the complexity of what we’re trying to do,” she told IRIN.

Other commentators have gone further, arguing that the star power celebrities lend to charitable causes diverts public attention from the real social and economic causes of poverty and inequality and promotes simplistic clichés about “basket case” Africa - a continent in need of Western charity and incapable of solving its own problems. 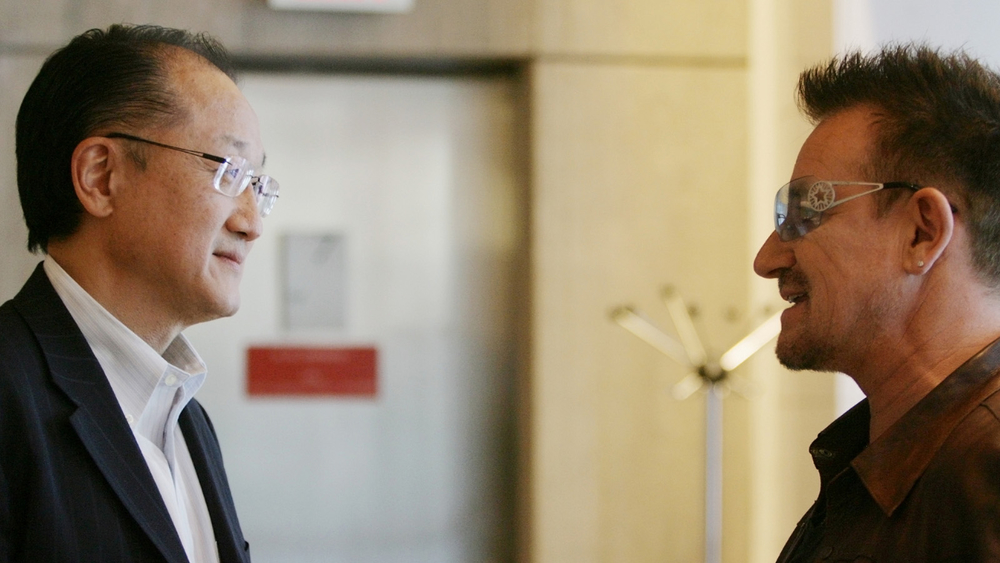 The most scathing such criticisms are often reserved for the go-it-alone brand of celebrity activism made famous by U2 front-man Bono, who, notes Wheeler, has lobbied Western governments to implement debt relief for developing nations while being engaged in schemes to avoid paying his own band’s taxes.

Msimang described Bono as a cautionary tale for celebrities considering getting involved “in the policy side of things” or founding their own NGOs. “Your celebrity might give you access to important people, but if you don’t have the technical knowledge, the roots on the ground for you to broker meaningful agreements, you should just stop at raising money.”

The more respectful route, she argued, was for celebrities to align themselves with existing credible institutions. “When there’s no visible institution behind them, the suspicion is that it’s about grandstanding - for building the persona of Bono, for example,” she said.

Measuring the return on the investment that UN agencies and NGOs make into ambassador programmes appears to be far from scientific. Although celebrities generally volunteer their time and often make personal donations, there are costs associated with managing ambassador programmes and flying celebrities and photographers out to visit projects in Madagascar or Myanmar.

At UNICEF, which continues to maintain the largest Goodwill Ambassador programme - with 30 global ambassadors, 13 regional ones and well over a 100 national ones - self-financing is encouraged, according to Buckanoff, but varies on a case-by-case basis.

Measuring the return on a celebrity trip to a UNICEF project was not precise, but Buckanoff said the amount of media coverage and social media interest generated, as well as funds raised, gave a strong indication. “It’s very cost-effective because we would never reach the numbers we reach if we didn’t have them to help us,” she said.

“We have learned to be very strategic. We call on them only when we are sure we will receive a return on the investment of their time and energy,” she told IRIN.

A frequent criticism of celebrity activists has been that the most-high profile ones are invariably drawn from Europe and the US, reinforcing the perception that Africa needs to be saved by the West. An increasing number of Goodwill Ambassadors, particularly regional and national ones, are now drawn from developing countries, but in an era when traditional donor sources are drying up, “the kinds of resources that celebrities from the West have, particularly from the US, is pretty unparalleled,” said Msimang.

“When it’s done well, it has potential to be a win-win,” she added. “You raise the profile of a cause and you also add gravitas to celebrities who may or may not deserve it.”