Fifty years ago, Dost Mohammad's grandfather had 1,000 sheep grazing on the family's plot of land on the outskirts of Kunduz City, Afghanistan. The family's livestock numbers have since decreased significantly, but then, so has the size of their land.

“We keep getting pushed further and further back,” said Mohammad. “We're also having problems bringing our sheep to Badakshan. We will be killed today if we bring our sheep there.”

Over the past 10 years, land disputes across the country have become increasingly common, reflecting long-term trends, like environmental degradation, increasing competition over land in both rural and urban areas, a high population growth rate, and the 4.6 million former refugees who have returned from neighbouring countries in the past decade. Presidential elections, to be held in 2014, are also worsening tensions.

There has been little success in resolving the issues or improving the land system. Analysts warn the number of disputes is likely to grow.

“That’s going to be the next big conflict in Afghanistan,” warns Barmak Pazhwak, a US Institute of Peace (USIP) senior programme officer, in a recent report. “This is a very risky thing because the conflict will be all over the country and will be really unmanageable.”

In a 2008 survey by Oxfam, respondents said land issues were the leading cause of insecurity. “With arms widely available, these disagreements can easily escalate and flare into violence,” Oxfam said. Higher-profile fights between government and international forces and anti-government militants were considered far less important.

Two months ago, in Deh Sabz, an area of land just north of Kabul, a gunfight between police and residents resulted in nine deaths and many more injuries, according to an Afghanistan Analysts Network report. The fight was over the construction of the Kabul New City in an area locals and Kuchis [a semi-nomadic Pashtun group], use for pasture; the community said they had paid for the land through local power brokers.

“Thus far, the government has demonstrated little capacity or willingness to address land grabbing in a systematic way,” the report says.

“As presidential elections approach, warlords and powerful people in the government feel that right now is their time in power so they must get as much land and money as possible,” Barakzai Mukhtasar, the director of Kuchi Affairs in Kunduz, told IRIN.

"With arms widely available, these disagreements can easily escalate and flare into violence"

“The ‘land mafia’ did not even exist in Kunduz two years ago, but now their presence is increasing day by day. It's very serious because the victims involved are civilians, especially people like Kuchis, who are not [politically] powerful. They can do nothing because the people taking the land hold top government positions.”

Land is regulated by a patchwork of formal and informal systems: the Civil Code, Sharia, customary law and statutory law.

The Afghan Land Authority has recently been mandated to make changes to the 2008 Land Management Law, the closest thing the country has to a national land statute, according to an Afghanistan Research and Evaluation Unit (AREU) report.

But researchers and analysts say that many amendments have been made to state land laws over the past 10 years, bearing few results, and that laws still do not adequately address the main issue: how to create a clear and enforceable system of ownership rights.

“If the land law can be implemented in the whole country, this would be a good solution,” said Mukhtasar. “Even in our constitution, agricultural land and pasture land has laws and procedures, but the law is often broken and not being implemented.”

In 2009, USIP funded a series of pilot projects on traditional dispute resolution in districts throughout the country. The projects were based on the idea that introducing formal procedures in the handling of land disputes, such as written referrals, registration and records, would over time lead to a stronger system with rules and regulations. For example, people might start to rely more on the formal court procedures and less on ‘jirgas’ - informal systems of adjudication - when handling more serious cases, such as criminal offenses.

But USIP’s research showed that most communities resisted formal documenting procedures. There was a prevailing sense that formal procedures did not offer tangible results and instead carried high social, economic and security costs. Many feared documentation of land ownership in Afghanistan - the third most corrupt in the world, according to Transparency International - could lead to their being targeted for land grabs, excess government taxes and bribes. 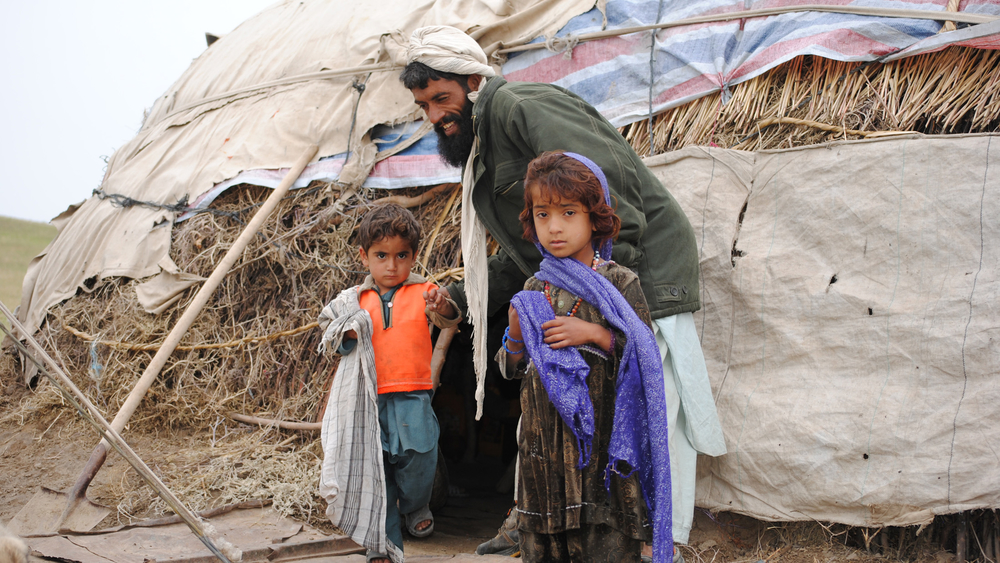 Variations were observed by area. In provinces such as Kunduz, which have fewer land disputes and a higher level of registered land documentation, disputants were less sensitive about registering cases or seeking official approval. But in Nangarhar, where land grabs and corruption are more common and few legal land documents exist, people overwhelmingly said they were unwilling to register disputes with the government.

According to an Afghanistan Watch report, none of the half-dozen peace-building programmes attempting to address land conflicts between the semi-nomadic Kuchi and the settled Hazaras have so far “penetrated the public consciousness, nor produced a sustainable solution, making the conflict seem fully intractable.”

Still, some programmes have produced results.

The PEACE project has been one of the most successful to date, according to the Afghanistan Watch report and analysts who spoke with IRIN. Initiated in 2006, the project focuses on natural resource management, one of the root causes of conflict among pastoral communities. It provides information on pasture conditions, market prices and livestock enterprises, and facilitates conflict resolution, often leading to peaceful outcomes and stronger conflict-management skills in the community.

The Rural Land Administration Project (RLAP), supported by the Asian Development Bank, has also seen some success. RLAP records land rights agreed upon by the community, USIP programme officer Tim Luccarro told IRIN. After archiving the notarized land agreements locally, the records are transferred to higher levels of government. Significantly, local shuras and customary institutions - those that tend to hold the most sway over local communities - are encouraged to get involved in local land administration. RLAP also trains government employees.

The RLAP team found that formalizing local communities’ rights to pasture lands was not only possible, but relatively simple. Village leaders were also willing to hold onto the records and update them when necessary.

But according to Luccarro and Renard Sexton, author of AREU’s Natural Resources and Conflict in Afghanistan, the most important thing for dealing with conflict in Afghanistan is recognizing that fundamentally political conflicts require political solutions. Technical or legal remedies will have only a superficial impact, Sexton said.

“This is not a new insight (people have acknowledged this for years),” he told IRIN via email. “The frustration has been that even with this knowledge, most (especially foreign sponsored) projects in the resource sector have continued to focus on technical, legal or normative solutions that have minimal long-term impact.”

Luccarro agrees: “Whether it is through the use of land as a resource to be distributed to strengthen your patronage network by government officials, or whether it is used as evidence of the extractive nature of a central government, or whether it is a tangible source for mobilizing identity politics, the largest land issues in the country tend to have very political dimensions that technical programming will typically fail to remedy.”