After a publicly contentious 14-year battle, legislators quietly signed the Philippines’ first reproductive health law in late December. It was expected to take effect by the end of March, but on 21 March the Supreme Court halted its implementation, issuing a 120-day status quo ante to review court challenges.

“We were already expecting these petitions, but not the status quo ante which is equivalent to a TRO [temporary restraining order],” Edcel Lagman, a parliamentarian and one of the chief authors of the law, told IRIN, echoing activists’ realization of just how difficult it will be to roll out reproductive health services.

On 8 March in the capital at the signing of the Implementing Rules and Regulations of the Reproductive Health Law (IRR-RH), 16-year-old Michelle Custodio said she had suffered two miscarriages in the last two years. If it were not for the free birth control pills she received from a local women’s centre, she would “surely have gotten pregnant again” she said.

In Manila, the country’s largest city with nearly two million residents, a local ordinance banning condoms, birth control pills and other forms of contraception was passed in 2000. Since then public health clinics have promoted only what is known as “natural” family planning, which calls for abstinence during a woman’s peak days of fertility, and for avoiding any drugs or sterilization to prevent pregnancy.

The promise of the hard-fought law is free access to reproductive health services - including contraception - for all, but the reality, Custodio and other activists fear, is that honouring that pledge will take more time than women - and their families - can afford.

During recent public consultations convened by the Department of Health, RH advocates’ sense of accomplishment was overshadowed by what they saw as the law’s imperfections, and continued resistance to the law.

“What teen would ask their parents’ permission to get RH services? That would be tantamount to admitting they are sexually active,” said Alexis Sarza, founder of BALUTI, a local NGO that provides RH counselling and services to mostly abandoned street children. “These are the kids who are prostituted or are sexually active. What do we do then for them?” he asked.

But Junice Melgar, executive director of Likhaan Women’s Health Care and a member of the IRR drafting committee composed of both governmental and non-governmental members, said access will be unhampered.

“The provision does not apply to RH information, which can be freely given [and applies] just to services in public healthcare clinics. Patients can be referred [by public healthcare officials] to private institutions and NGOs,” said Melgar.

Other groups expressed concern that the search for discreet care will slow efforts to lower the country’s teen pregnancy rate, which increased by 65 percent from 2000-2010, according to the government’s most recent Family Health Survey. The survey attributed the increase to the lack of adolescent-friendly RH services and information.

As early as 2009, local health experts predicted the country’s Millennium Development Goal of lowering the maternal mortality ratio (MMR) to 53-55 per 100,000 live births was unachievable.

With a reproductive law now in place - though stalled - Department of Health (DOH) Secretary Enrique Ona is more optimistic. “We should see an impact on MMR already by end of the year. By 2016, we are targeting that MMR will be lowered to 53 per 100,000,” Ona told IRIN.

However, family planning funds are “meagre” and only a fraction of what is needed, said NGO director Melgar and IRR drafting committee member.

The DOH 2012 budget for family planning supplies was about US$13.4 million.

“If you compare it to the unmet need for contraception, we need a budget of $75 million to provide for the contraceptive needs of 10 million women,” said Melgar, referring to a 2009 estimate from the US-based reproductive health centre, Guttmacher Institute, of the number of Filipinas who need contraception, but cannot get it.

With the country’s decentralization of governance, implementation of national laws is the responsibility of the village level under the supervision of autonomous local government units (LGU).

When the RH law had yet to be passed, LGUs - such as Manila - drafted their own local RH ordinances, which promoted only natural family planning.

While the new national RH law, when enacted, will repeal such local ordinances, women’s groups are uncertain how long it will take to phase out restrictive, contradictory local laws.

“I think the first step is to go back to the communities and really educate the women about the RH law. They need to know what their rights are under this law,” said Beth Angsioco, chairperson of the Democratic Socialist Women of the Philippines (DSWP).

One of those rights is to report any violations of the RH law which may be penalized by imprisonment of one to six months and a fine of up to $2,500.

And, then there is the Catholic Church, which has long opposed the RH law - and continues to do so.

In Cebu, the second largest city after Manila, churchgoers are being asked to sign an anti-RH pledge as part of a voter education campaign for the upcoming May local elections. 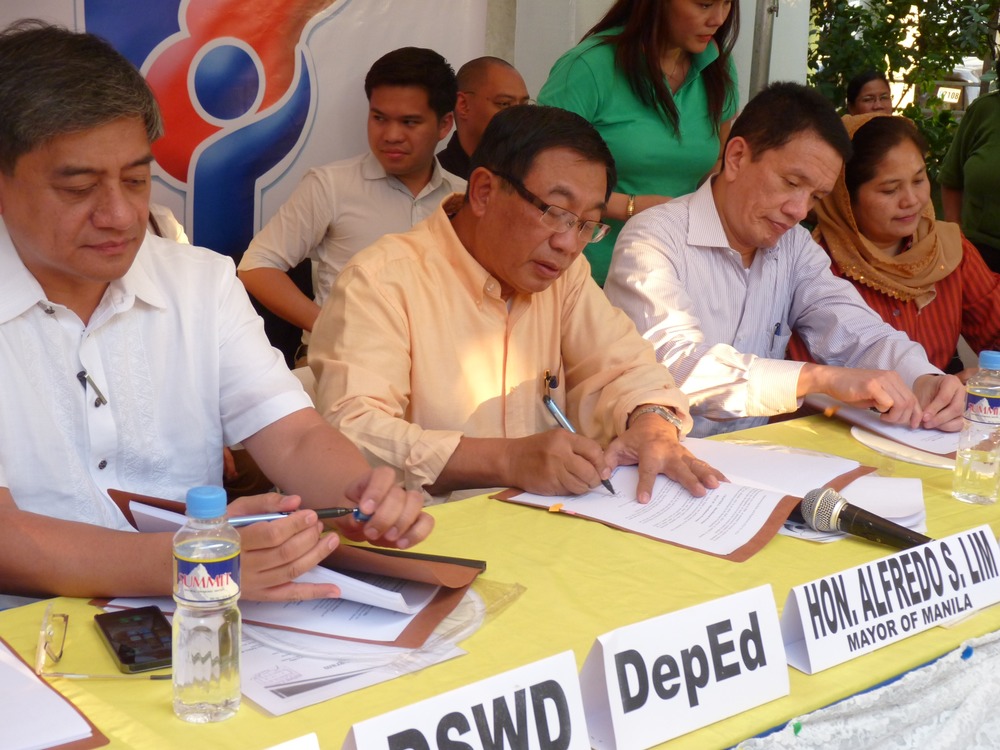 In the southern province of Bacolod, the local diocese has hung tarpaulins outside their churches pitting anti-RH against pro-RH legislators, calling the former “Team Life” and the latter “Team Dead”.

Lagman, the law’s co-author, said he will file a petition for intervention so he may defend the law’s constitutionality before the court.

The Supreme Court will hear arguments on a dozen petitions filed by religious and faith-based groups questioning the law’s constitutionality, arguing that it undermined the family as the fundamental social unit (as described in the constitution) and that public funds should not be used to buy contraceptives.

“I’m very firm that the RH Law is constitutional. We won this battle in both the senate and congress. The four-month wait is temporary. Advocates waited 14 years for this law to be passed. We will get through another four months,” Lagman said.

Oral arguments are scheduled to begin on 18 June - three months too late for Pia Cayetano, a senator and sponsor of the law. "How many lives will be lost during this period? How many more mothers will die of birth complications? While we wait, it is the poor who will suffer,” said Cayetano.