An unfolding humanitarian emergency along the Myanmar-Bangladesh border is intensifying pressure on the UN to take action, with fears that an unprecedented exodus of Rohingya refugees fleeing a military clampdown in Myanmar’s Rakhine State could amount to ethnic cleansing.

A long-delayed UN fact-finding mission to Myanmar is renewing attempts to investigate allegations of serious rights violations, while the UN Security Council is set to hold a meeting on the crisis today after a request from Britain.

Since 25 August, more than 370,000 Rohingya refugees have surged over the conflict-torn Myanmar border into crowded refugee camps in Bangladesh, bringing stories of razed villages, executions, and forced expulsions.

The violence has underscored the urgency of the UN probe. The fact-finding mission was mandated in March by the Human Rights Council to investigate allegations of severe rights violations, particularly in Rakhine State, where the Buddhist majority has badly strained relations with international agencies and aid groups.

“We are working day and night to send a team as soon as it is practically possible to establish the facts,” Marzuki Darusman, an Indonesian lawyer who chairs the three-member team, told IRIN in a statement. "The fact-finding mission is very concerned about the reports coming out on recent developments.”

Calling on the Security Council to hold a “formal discussion” on the issue, Matthew Rycroft, the UK’s UN ambassador, told reporters: “I think it’s a sign of the significant worry that Security Council members have that the situation is continuing to deteriorate for many Rohingya.”

The most recent wave of violence in Rakhine state was sparked after a group of fighters, calling itself the Arakan Rohingya Salvation Army, attacked police and border posts in Rakhine State on 25 August. It is also accused of killing civilians and blocking Rohingya males from fleeing.

Rights groups say the response from Myanmar’s military has been severely disproportionate; security forces have attacked unarmed civilians, burned down homes, and forced out entire villages, they say.

Myanmar authorities deny committing abuses, claiming instead that Rohingya militants and villagers torched their own homes.

But with Myanmar blocking access to affected parts of Rakhine, allegations of human rights violations – and the government’s own explanations – are difficult to verify.

“Because Myanmar has refused access to human rights investigators, the current situation cannot yet be fully assessed,” the UN’s top rights official, Zeid Ra’ad al-Hussein, said in a statement before the Human Rights Council in Geneva. “But the situation seems a textbook example of ethnic cleansing.”

"If you have two sides in a conflict and one feels you are supporting only the other, then you run into problems"

Until now, Myanmar’s government, led by Aung San Suu Kyi, has stonewalled UN monitors, refusing to grant visas to individual members of the fact-finding mission. With the military riding a wave of populist nationalism and elements of the government stoking anti-international resentment, it is unclear whether Myanmar will throw open its doors to a UN inspection.

“The international community can best help by supporting the Myanmar government in its efforts to bring stability, peace, and development in Rakhine State,” the country’s foreign affairs ministry said in a statement.

The UN’s fact-finding mission has renewed its request for access and cooperation following the recent violence, but has yet to receive a reply, said its chairman.

“We retain hope that cooperation will be possible," Darusman said.

A source within the UN previously told IRIN that the mission could try to reach witnesses in Bangladesh, even if access is barred in Myanmar.

While Myanmar has blocked the UN fact-finding mission for the last six months, relationships between international aid groups and communities in Rakhine have long been strained.

Western aid agencies and NGOs are widely perceived by the state’s Rakhine Buddhist majority to sympathise with the stateless Rohingya, who many in Myanmar view as interlopers from Bangladesh despite a long history in the area. 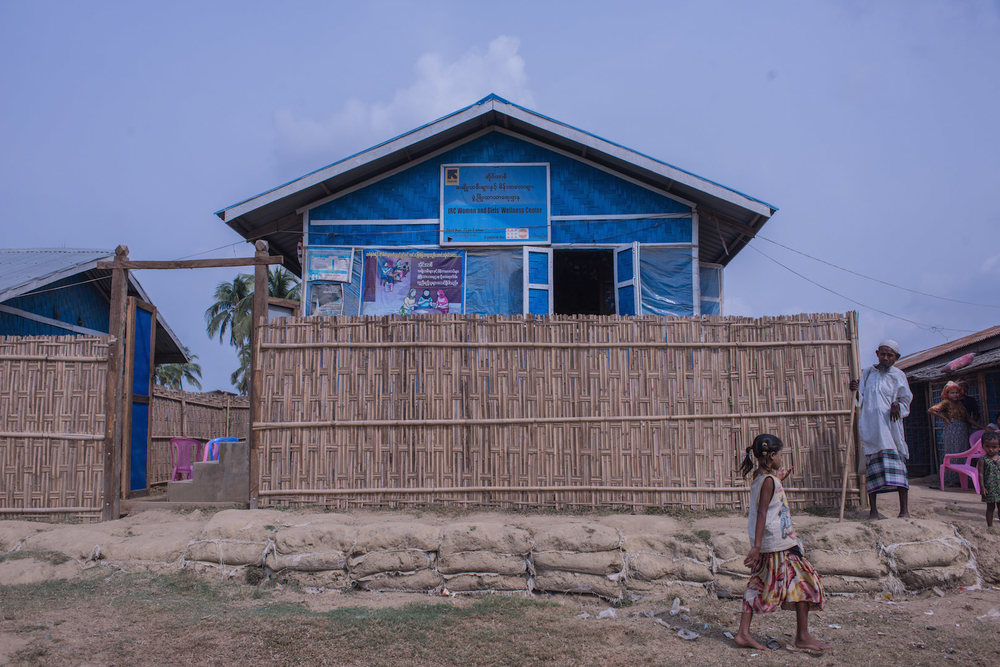 Aung Naing Soe
The office of an aid agency in a displacement camp for Rohingya outside Sittwe in Myanmar's Rakhine State.

The roots of the antipathy toward aid groups reach back to the 1990s, when humanitarian interventions focused on the Muslim populations in the northern township of Maungdaw. At the time, donors imposed a mandate to not engage with the ruling military junta.

In Rakhine, however, this led to a perception among many Buddhist communities that their economic and political grievances had been dismissed – and that the international community only helped Muslims.

In a series of interviews in the state before the latest outbreak of violence, Rakhine Buddhists, including community leaders and local government officials, described to IRIN a sense of frustration, anger and abandonment over 25 years of aid delivery.

Shwe Zai De, a well-known monk in Sittwe, explained the view of many ethnic Rakhine. “The UN and INGOs are on the side of the Bengali,” he said, using a pejorative term commonly used in Myanmar to refer to the Rohingya.

While there are nuances in Rakhine views toward their Rohingya neighbours, one common thread is a visceral distrust of international aid groups and the UN – laced with anti-Muslim sentiment.

This legacy resurfaced in 2012, when communal clashes displaced both Rohingya and Rakhine communities and led to an enforced separation where some 130,000 Rohingya and several thousand Rakhine were sheltered in displacement camps.

Two men sit under the the remnants of their homes in Sittwe, the provincial capital of Myanmar's western Rakhine State. More than 2,000 homes were destroyed in June following communal violence in the area 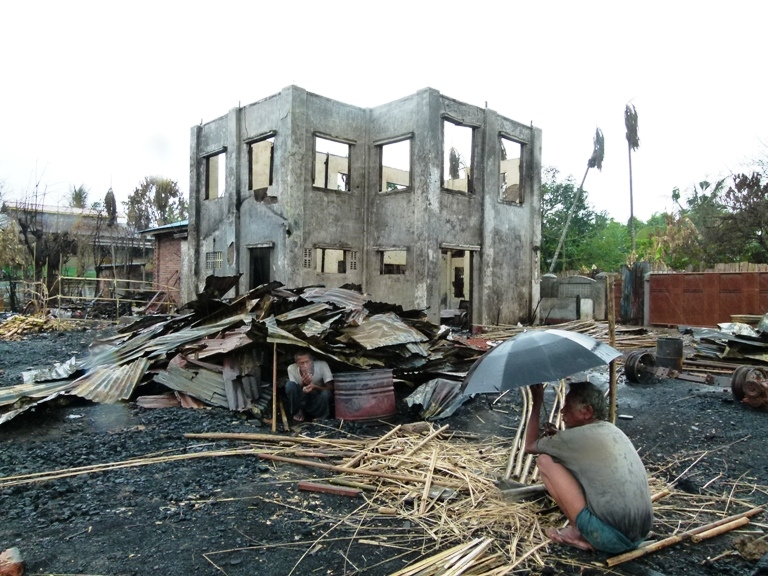 Khine Thurein/IRIN
Two men sit under the remnants of their homes in Sittwe, the capital of Myanmar's Rakhine State, following violence in June 2012.

As humanitarian needs grew, UN agencies and INGOs stepped up aid to the displaced groups.

While the Rohingya were segregated, the Rakhine also called for help and felt their expectations were dismissed. Against a backdrop of growing nationalist hate speech, the international community became an easy target.

In 2014, ethnic Rakhine mobs attacked the offices of several international organisations in Sittwe, the state capital, and Médecins Sans Frontières was forced to stop operations.

"If you have two sides in a conflict and one feels you are supporting only the other, then you run into problems, especially as you will still have economic ties with that community through procurement of aid-related goods and services,” said Gabrielle Aron, a conflict sensitivity expert on Rakhine.

The relationship is more frayed than ever after the most recent violence, with many aid groups suspending humanitarian work in northern Rakhine. The UN has withdrawn its staff from northern Rakhine for security reasons. A UN spokesman said the World Food Programme was also forced to suspend aid deliveries in central Rakhine because of “difficulties in distribution”.

The politics of food aid in Myanmar’s Rakhine state

The International Committee of the Red Cross has announced it will look to scale up services in Rakhine, helping to deliver basic aid to 10,000 people this week.

But it’s unclear when programmes run by the UN and international aid groups will resume in northern Rakhine, the flashpoint for the recent violence. When they do, they will face a level of distrust that runs deeper by the day, driven by the latest escalating crisis.

“In my experience,” a Rakhine store owner in Sittwe told IRIN earlier this year, “70 percent of INGOs are close to Islam.”