As humanitarian aid organisations in Syria prepare for one of their biggest tests yet, they are falling into disarray.

Judging by the course of the war so far, Aleppo’s hundreds of thousands of civilians could well be besieged, used as human shields, forced to flee, or all three. As the aid community readies for the inevitable crisis, it faces a split between the UN and NGOs, new allegations of UN ethical lapses, and a major NGO corruption scandal.

With humanitarian leadership and coordination under strain, a stalemate in Geneva peace talks, cynical gamesmanship on sieges, and huge access limitations, things were already bad before the latest news that Aleppo was “de facto besieged”, as the UN’s special envoy, Steffan de Mistura, reportedly put it.

At the top of the list is the growing frustration of NGOs over the UN’s perceived closeness to the Syrian government.

In a 20 June letter, obtained by IRIN, 75 NGOs based in Syria and Turkey demanded the UN stop negotiating its plans with a regime that “has exercised the systematic starvation of civilians for military ends”.

Fifty-seven members of the NGO Forum for northern Syria and 18 members of the Syria NGO Alliance said the UN should not “negotiate” its next humanitarian response plan with the regime, which is, they said, “the single largest perpetrator of violence against civilians”. Writing to the UN’s top relief official, Stephen O’Brien, they demanded a more independent UN line and more recognition and support for their aid operations in rebel areas.

Extract from June 2016 letter from NGOs to UN on Syria

These tensions had been brewing for some time. Relations between UN-dominated aid operations based in Damascus and NGOs based in Turkey have been characterised by “suspicion and mistrust”, according to an independent review, published in March, hampering the potential for a more coherent emergency response.

In late 2015, five Syrian NGO alliances protested that the UN had removed all mentions of the word “besieged” from its $3.18 billion annual appeal, among other edits and omissions. They said the negotiation of the 2016 Humanitarian Response Plan text, under pressure from Damascus, was an “unacceptable precedent”.

In his response, O’Brien stuck to general points: “I can assure you that the UN is neither too close to any party nor acting in such a way to encourage the use of siege tactics. It is our duty to act impartially, neutrally and independently, and to have contact with all parties to negotiate unimpeded and safe access to those who are vulnerable and in need, regardless of how or why their need arises.”

More on sieges in Syria:

The UN's classification of beseieged areas

The UN’s response to the latest letter has not been made public but contained few surprises, well-placed sources told IRIN. Insiders say some in the UN feel the demands to exclude the bellicose Syrian regime from negotiating future plans is “naive”.

However, the NGOs that signed the letter – operating in opposition-controlled areas and accused of illegality by Damascus – feel they have already compromised enough by joining the UN’s flagship “Whole of Syria” approach.

By identifying civilian needs in both the government- and rebel-controlled areas in a more united way, this approach was meant to let donors and aid decision-makers meet civilian needs fairly and without overlap. But while “Whole of Syria” was lauded for providing a holistic picture of the needs, it has roped NGOs into an affiliation they may now regret.

New evidence of lapses in UN ethics and humanitarian principle have further supported critics’ claims that the UN is too close to the Syrian government. Just two examples: In January, OCHA authorised a grant of $751,129 to a charity chaired by the president’s wife, Asma al-Assad, for a water project in government-controlled parts of Aleppo (the Syria Trust for Development has received funding from other UN entities before, but not recently at this scale).

New data released by the UN reveals that it spent over $7 million at two hotels in Damascus last year (offices and staff accommodation are concentrated in hotels due to security precautions, but the numbers will raise eyebrows).

A recent report by activist coalition the Syria Campaign compiled a detailed dossier of examples of the UN’s alleged lapses in Syria, following a well-beaten path among analysts and journalists in a range of publications including Foreign Policy.

And the March multi-year review of the UN Office for the Coordination of Humanitarian Affairs (OCHA)’s operations in Syria confirmed that UN agencies “were simply not willing to jeopardise their operations in Syria by taking a tougher stance with the government” – one of several weaknesses the evaluation identified. Overall, it concluded that the humanitarian system had “failed” Syria, and made 21 recommendations for changes, six of which were “urgent”.

For their part, several major international NGOs in Turkey are operating at limited capacity after more than $230 million in funding was suspended as part of a major fraud investigation by the US government.

In another blow to the aid operation’s ability to respond to a new crisis in Aleppo, at least three, and as many as seven NGOs face US funding freezes and investigations. In some of the cases, NGO staff are alleged to have colluded with suppliers and subcontractors to rip off the agencies. The investigations are so extensive the inspector-general of USAID produces a “dashboard” listing and mapping the cases. 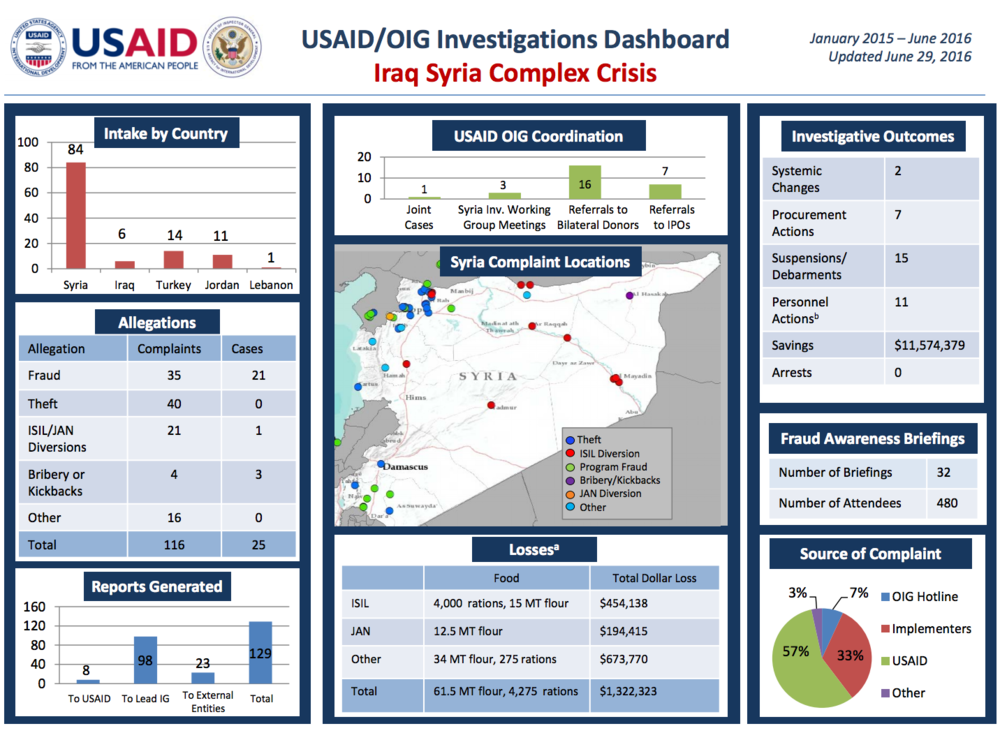 If all this wasn’t enough, the UN chief in Damascus is leaving soon and no replacement has yet been named.

So, just as Aleppo’s rebel-held areas are surrounded, and siege, massacre, surrender – or all three – risk unfolding, the UN’s credibility is under further fire, aid coordination inside Syria and beyond is in a fragile state, security risks are overwhelming, and the overall operational response capacity is weakened.

Russian-backed proposals for civilian evacuation routes to regime-controlled areas have been greeted with scorn by the US and queried by the International Committee of the Red Cross. The UN and the ICRC have both said corridors would need the consent of all parties to the conflict and that humanitarian aid must be allowed to reach people who choose to stay.

Given all this, if Aleppo’s civilians do come pouring out of the east, and promises of safe passage are kept, where will they even go, and how can they be reached with life-saving essentials?

Even the best-case scenarios for Aleppo foresee a mass movement of civilians out of the city and a bloody endgame with remaining opposition fighters facing annihilation or surrender or, possibly, a resurgent, more-unified opposition pulling something from the ashes.

The international aid machinery is poorly prepared for this massive new displacement of up to 250,000 in Syria (it could barely handle tens of thousands displaced from the Iraqi city of Fallujah in safer, more permissive and more predictable circumstances). A new exodus of refugees to Turkey is unlikely: there is already a concentration of Syrians squeezed between militants from the so-called Islamic State and the Turkish border who are not allowed to cross.

The cross-border aid operation claims it reaches more people than the operations out of Damascus, but nobody really knows. Furthermore, the cross-border operation generally only reaches rebel-held territories, which are shrinking.

Damascus is unlikely to allow the Syrian and international NGOs that have been working in the rebel territories to do anything in regime-controlled areas, given the level of mistrust. Even if they did, and security risks could be mitigated, it’s likely the aid agencies would soon undergo the kind of suffocating control that the UN, the ICRC and NGOs working from Damascus endure, and for which they are criticised.

The group that matters most is the International Syria Support Group – a humanitarian side-committee of the moribund Geneva peace talks. Under the chairmanship of Jan Egeland, and when the divergent goals of the US and Russia happen to coincide, change can happen. Access to besieged areas was cruelly and grudgingly improved thanks to talks in that forum over the course of this year. If there is any hope for the protection of Aleppo’s civilians, it’s there.

As the donors make demands, the NGOs and media bash the UN, the auditors bash the NGOs, and the kaleidoscope of aid agency alliances shifts, the international system is starting to look a little like the Syrian conflict.

Ben Parker was head of the UN Office for the Coordination of Humanitarian Affairs in Syria in 2012.