The UN expects 6,000 people at a historic humanitarian conference in Istanbul later this month. But one prominent participant has dropped out.

The international medical organisation, Médecins Sans Frontières (MSF or Doctors Without Borders), announced today that it is not going to the World Humanitarian Summit. In a statement, MSF said it was pulling out “with disappointment”, after months of preparatory discussions. MSF believes the summit may let those most responsible for spiralling humanitarian need – governments – off the hook. The summit has lost its way and become, in MSF’s opinion, “a fig-leaf of good intentions”.

Vickie Hawkins, executive director of the British branch of MSF, told IRIN: “this doesn’t represent a disengagement of MSF from the international system," and stressed that MSF would continue to engage in plenty of international forums, from the UN Security Council to the G7. However, she claimed, there’s “a lack of focus on the humanitarian part of the World Humanitarian Summit”.

A senior humanitarian analyst, who requested anonymity, told IRIN that “scepticism abounds” about the summit and that when MSF – a “moral compass” – pulls out, it further calls into question the usefulness of the event. 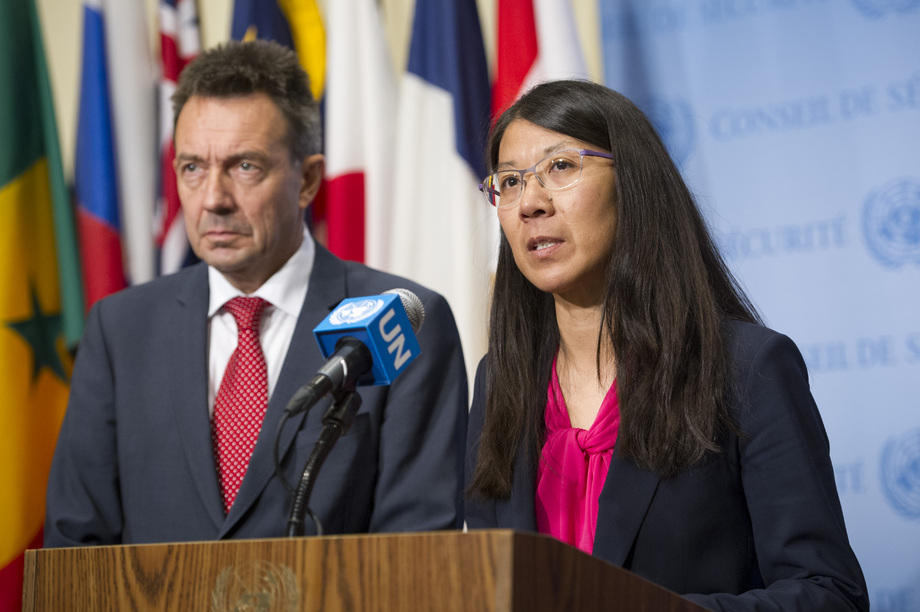 In MSF’s view, there is a general shortage of operational emergency response capacity, particularly in conflicts and epidemics, and donor funding is too often driven by political and security considerations. Pointing to the Ebola outbreak, South Sudan and Central African Republic, Hawkins said there had been “a real failure of the humanitarian system… We don’t think the WHS is addressing that.”

As well as not dealing with the machinery of response, including reforming the UN itself, MSF alleges the summit, and the UN’s key background document, threatens to “dissolve humanitarian assistance into wider development, peacebuilding and political agendas”. A significant proportion of the WHS programme is devoted to preventing crises and reducing needs; to stem the “demand” for relief. However, emergency relief is by definition what happens when prevention fails, observers point out. A former senior MSF staffer said: “You can ask firefighters to put out a fire. Don't ask them to build affordable housing.”

“You can ask firefighters to put out a fire. Don't ask them to build affordable housing.”

The former staffer added: “I think it's a shame, because MSF is one of the very few organisations who might have been willing to defend humanitarian action.”

The exceptional nature of humanitarian response, distinct from “development”, is what MSF says needs robust defence. Many NGOs work across development and emergencies. MSF sticks to a narrower role in responding to medical needs in crises, emphasising the humanitarian principles of impartiality, independence and neutrality, broadly in the traditions of the Red Cross movement. Hawkins said the “liberal application” of the term humanitarian was unhelpful. She argued that there was an inherent tension between the political nature of development and humanitarian imperatives and the two should be kept separate.

MSF is known for having a higher appetite for risk than many organisations, often working in places considered too dangerous by other aid agencies. On a number of occasions, it has pulled out of situations on principle. It also participates selectively in coordination mechanisms. The summit, as it stands, would give MSF “very little incentive to change its (uncooperative) ways”, the senior humanitarian analyst wrote.

The former MSF staffer continued, “I don’t think this is ‘toys out of the pram’; I think MSF is desperately frightened to consistently find itself alone in trying to respond to needs that far overwhelm MSF.”

MSF believes the summit’s call for “commitments” from any and all participants, small NGO or world superpower, is “putting everybody on the same level”, ignoring the specific responsibilities states have towards upholding and implementing international humanitarian law.

The summit starts on 23 May after three years of consultations, and is the first of its kind. It comes at a time of critically high humanitarian needs, extreme violations of international humanitarian law, and a widely-held view that the systems and financing of emergency aid need major reform.

Stephen O’Brien, OCHA’s chief, told journalists this week that 80 countries had confirmed their attendance, 45 of which would be represented by heads of state or government. He declined to give further details. There are 193 member states of the UN, so questions were asked if there is a lack of enthusiasm. O’Brien countered that he was “very encouraged” by the numbers so far.

A UN promotional video featuring celebrities and a linked social media campaign is trying to mobilise public pressure on political leaders to show up and make commitments with a call to action: “ask your leader to commit to action now”.

The programme for the conference is elaborate. OCHA has said there will be seven “roundtables”, 15 special sessions, 110 side events as well as exhibition space. O’Brien declined to give a figure for the overall cost of the summit, but noted the generous contribution of Turkey as host. The formal OCHA budget for 2016 includes $700,000 for the process, but that is only a small fraction of the overall cost.

Several sources suggested to IRIN that discussions about simplifying financial flows, dubbed the “Grand Bargain”, may be one of the more significant outcomes. The biggest donors and aid agencies could agree on how they intend to “change their behaviours over the next few years” and the summit process would deserve credit for that, said Dhananjayan Sriskandarajah, secretary general of CIVICUS, a global alliance of civil society groups. Sriskandarajah said he was “pretty confident” the Grand Bargain would be one of “a few interesting things” to come out of the summit.

The unusual format of the summit is both a strength and a weakness. Disaster-affected people, southern NGOs, the private sector, and other non-governmental groups have had more opportunities than usual to be heard. On the other hand, without the legal clout of an intergovernmental process like the Sustainable Development Goals or last year’s climate change agreement, member states have “almost been dragged to it”, Sriskandarajah said. There’s no mechanism to enforce implementation, even of  “woolly commitments”, Hawkins pointed out.

NGOs contacted by IRIN said they intended to make the most of the unusual opportunity and continue to pursue their aims in Istanbul and beyond, while having limited expectations. Many have already invested heavily in time and effort and are unlikely to jump ship now.

Nan Buzard, executive director of the NGO network International Council of Voluntary Agencies (ICVA), said “the message [MSF was sending by pulling out] cannot be ignored,” but she doubted it would “spark an exodus”. There are “very, very diverse views and understandings and experience on what ‘humanitarian’ is,” she said. “Is [the summit] making any difference to the people we purport to care about, be concerned about, get paid for? All the more reason to push so that it does.”

From Washington DC, Patricia McIlreavy, vice president for Humanitarian Policy and Practice of the US-based NGO alliance InterAction, said members had different perspectives and hopes for the summit. She said “I do think there’s a lack of expectation management overall… I don’t think we’ve had a great deal of clarity on what’s expected to come out of it.” The summit process has however helped InterAction members focus on “what we need to do differently”, McIlreavy said.  “We’re coming with clear commitments… is everyone else bringing the same?” She added: “our approach has been … let’s take the piece we can, and let’s figure out how to make something happen within that.”

"Let’s take the piece we can, and let’s figure out how to make something happen within that.”

The organisation of the summit, which has yet to nail down all the attendees or speakers, less than a month before it opens, was described by various NGO sources as ”last-minute” and “exhausting”. Behind the scenes, multiple sources told IRIN there was still jockeying for speaking slots, and unanswered questions about who gets to access which zones of the conference.

David Griffiths, head of the Amnesty International secretary-general’s office, told IRIN they were hoping to confirm their role and a speaking slot for their chief, Salil Shetty. “We still have some questions about what exactly the summit is going to produce in terms of real action, but we’re prepared to engage in it,” Griffiths said. “We’re aware of its shortcomings… but we see the devastating impact of conflict on so many places…. It’s good that real questions are being asked of the humanitarian system and its implementation."

“At the end of the day, NGOs certainly hope that this will make a difference to how protection and aid are provided, and I think the jury’s out on that,” ICVA’s Buzard said.