For months, hundreds of African migrants and asylum seekers from conflict-ridden countries like Cameroon and the Democratic Republic of Congo have been camped out in tents in front of the main immigration detention facility in the town of Tapachula, in southern Mexico.

Most flew halfway around the world to Brazil, then made the dangerous journey north through the Darien Gap – a remote, roadless swathe of jungle – before traversing Central America into Mexico in the hope of finally reaching the United States to claim asylum.

On reaching Tapachula, they found themselves corralled into a detention centre and told they couldn’t progress further without a permit that protects them for deportation and allows them to stay legally – permits that are harder to come by since Mexico agreed in June to help the United States limit the number of migrants crossing the US-Mexico border. 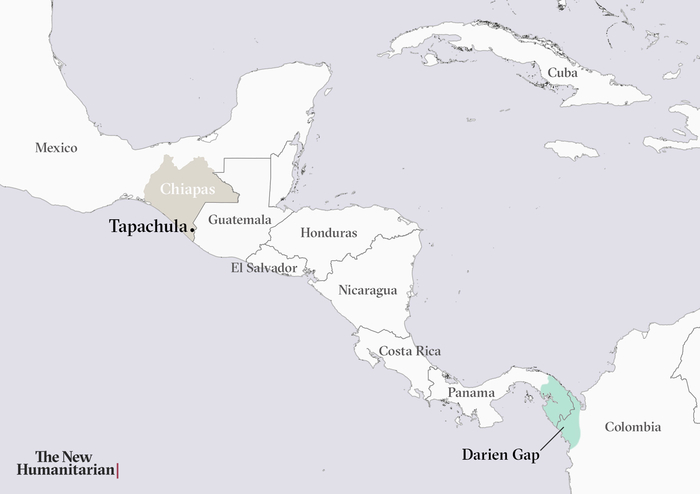 Fearing deportation or that the permits will never come, a frustrated group of migrants – including hundreds of Africans – set off north this week only to be stopped shortly afterwards by Mexican national guard and police and returned to a holding facility.

Even if the Africans were to reach the US border and get to the front of the long queue, a recent policy – pushed by President Donald Trump and known as “Remain in Mexico” – means migrants hoping to seek asylum in the United States must await their fate in Mexico.

The US administration is also set to enforce a series of bilateral agreements that will bar people from applying if they don’t first apply for asylum in the Central American countries they travelled through: Honduras, El Salvador, and Guatemala. The asylum seekers could be deported back to the so-called “safe third country”, which critics say are not safe at all and would put many at renewed risk.

Pressure is growing on many of the Africans to claim asylum in Mexico, but several told The New Humanitarian they didn’t want to because of the lack of economic opportunities and a perception they could struggle with racist attitudes.

Even if they were to pursue asylum in Mexico, the system is already overwhelmed. According to the UN’s refugee agency, UNHCR, asylum applications in Mexico rose from 2,100 in 2014 to 48,000 for the first eight months of 2019. Chiapas, the southern Mexican state home to Tapachula, hosts 70 percent of those applicants.

According to the Mixed Migration Centre, an independent resource for data on migrants and asylum seekers, some 4,799 Africans were apprehended in Mexico between January and July this year – a fourfold increase over the same period in 2018. “Somewhere between 1,500 and 3,000 [Africans] are currently stranded in the southern Mexican city of Tapachula,” it said.

For this film, video journalist Melisa Valenzuela travelled to Tapachula and spoke to asylum seekers from the Democratic Republic of Congo and Cameroon about their long journeys, their lives in limbo, and why they don’t want to stay in Mexico.