Venezuela has the largest proven oil reserves in the world and is not engulfed in conflict. Yet its people have been fleeing on a scale and at a rate comparable in recent memory only to South Sudanese or Syrians at the height of their civil wars and the Rohingya from Myanmar.

As chronicled by much of our reporting collected below, some three to four million people have escaped the economic meltdown since 2015 and tried to start afresh in countries like Brazil, Colombia, Ecuador, and Peru. This exodus has placed enormous pressure on the region; several governments have started making it tougher for migrants to enter and find jobs.

The many millions more who have stayed in Venezuela face an acute humanitarian crisis denied by their own government: pervasive hunger, the resurgence of disease, an absence of basic medicines, and, in March, an electrical blackout that led to water shortages and the mass looting of the second city of Maracaibo.

Amid ongoing political upheaval, President Nicolás Maduro has cast aside outside offers of aid, framing them as preludes to a foreign invasion and presenting accusations that the United States is once again interfering in Latin America.

Meanwhile, the opposition, led by Juan Guaidó, the president of the National Assembly, has invited in assistance, from the United States and elsewhere.

As aid becomes increasingly politicised, some international aid agencies have chosen to sit on the sidelines rather than risk their neutrality. Others run secretive and limited operations inside Venezuela that fly under the media radar.

Local aid agencies, and others, have had to learn to adapt fast and fill the gaps as the Venezuelan people grow hungrier and sicker.

A collection of our recent reporting from and about Venezuela is below.

The crisis inside Venezuela 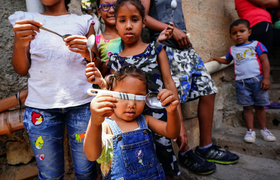 Small organisations with little experience responding to emergencies are at the epicentre of one of the world’s biggest humanitarian crises. 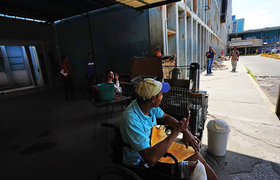 Venezuela’s doctors and patients share tales of despair and dismay

Drugs and doctors are harder and harder to come by, and shortages of water and electricity help disease and death to thrive. 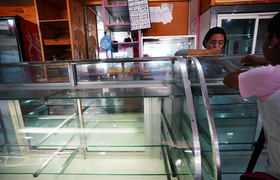 Hunger and survival in Venezuela

Millions have fled Venezuela’s economic meltdown, but for millions more who remain no part of life remains untouched by the crisis, even death. 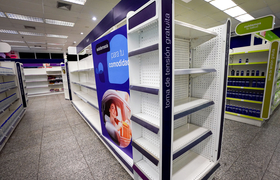 “Worse off than a war zone”: Inside Venezuela’s healthcare crisis

Across the border and beyond 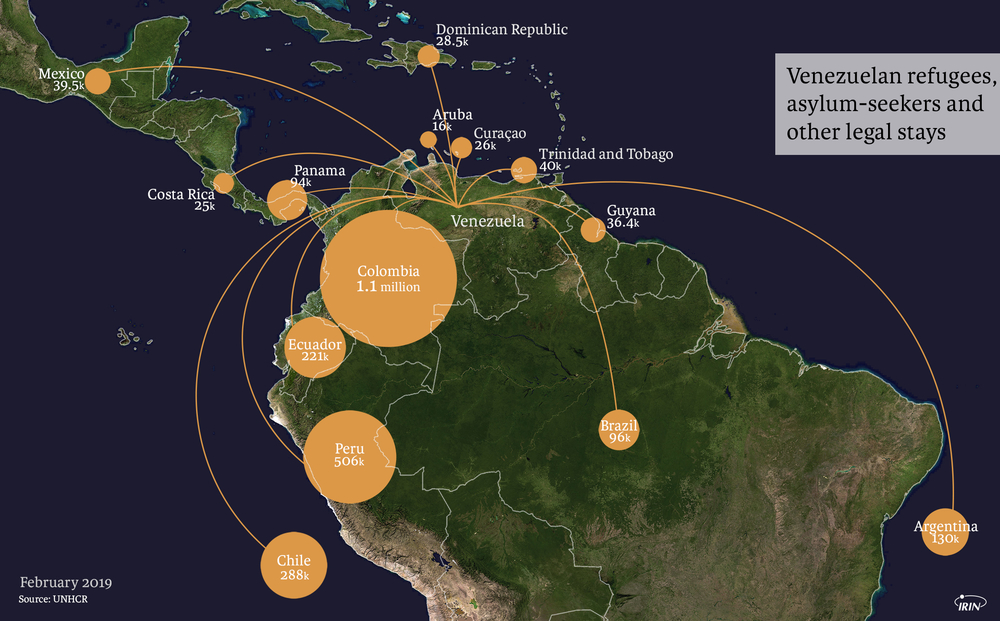 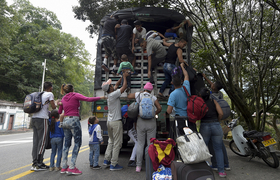 Why Venezuelan migrants need to be regarded as refugees

Even if we don’t call it a ‘refugee’ crisis, the best way forward in Latin America is likely based on what’s working for refugees elsewhere. 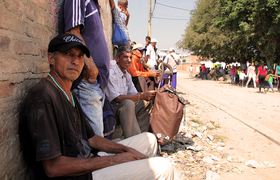 In Cúcuta, a soup kitchen and a long road ahead for Venezuelans

More than three million people have left Venezuela since 2015. For many, the first stop, in border town Cúcuta, is a harsh reality check. 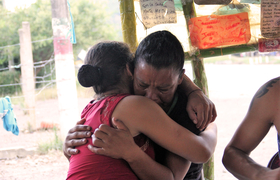 As Venezuela crisis spirals, needs across the Colombian border grow

Help is still slow to reach many in border town Cúcuta, where 40,000 people are crossing every day. 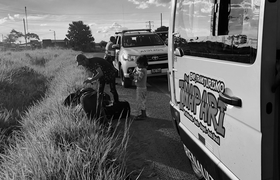 The number of Venezuelans in Peru is tipped to reach 1.4 million in 2019, even as the government appears to be hardening immigration policy. 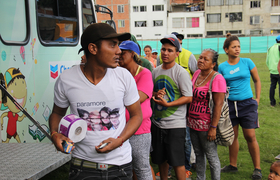 In Colombia, a first camp for Venezuelans but only as a “last resort”

Colombia is loath to set up permanent camps for those fleeing Venezuela, but humanitarian needs are growing. 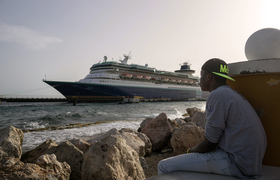 Nearby Curaçao no safe haven for fleeing Venezuelans

Rights groups say abuses are rife and authorities are breaking international law by sending people back. 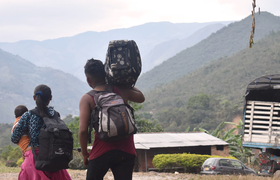 The bid to bring in international aid was supposed to help Venezuelans. It hasn’t worked out that way, at least in the short term. 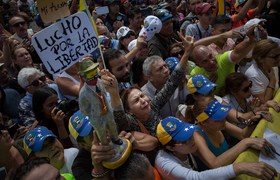 Journalist Magnus Boding Hansen with the view from the run-down streets of the capital. 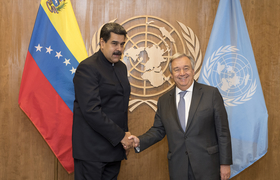 Venezuela to receive emergency UN aid for the first time

President Maduro’s government has come under pressure to accept international aid. It now appears it will. 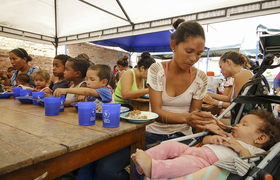 As Venezuela and the US lock horns, aid groups try to avoid being pulled into a political tug-of-war while helping the hungry and the sick. 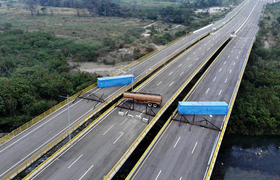 Q&A: Inside the effort to break the Venezuelan aid impasse

Venezuela’s de facto opposition representative in Geneva tells IRIN about behind-the-scenes efforts to get assistance into the country. 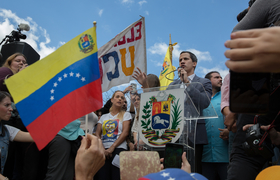 If Maduro falls, using aid as a political tool will be hailed as a masterstroke. If he doesn't, it could have catastrophic consequences.