Jobless rural youth are the focus of a new Afghan security plan designed to help defeat Taliban insurgents mostly in the south, east and southeast of the country.

The government, which already has about 200,000 national police (ANP) and army personnel at its disposal, says it also needs local combatants to help fight Taliban insurgency.

In a donor-funded project, which has already started in some provinces, about 10,000 men will be paid to fight Taliban insurgents in their villages, officials said.

“It’s not a militia force. It’s a community police [force] which will defend its homes and villages from the enemy,” said Interior Ministry spokesman Zamary Bashari.

“They will use their own weapons but we will give them salary and uniform,” said Bashari, adding that only “qualified” people would be hired by the project.

“We have to address the insecurity in some parts of the country - this is an interim solution,” Masoom Stanikzai, a security adviser to President Hamid Karzai, told IRIN.

However, many Afghans are worried the project will merely strengthen local warlords and militias accused of perpetuating human rights violations. Ex-Taliban fighters who join the government’s reintegration process can also join the new force, officials said.

“These forces will have carte blanche to kill. They can kill and harm anyone on mere charges of insurgency,” said Mir Ahmad Joyenda, a member of parliament from Kabul.

Some people say the project could push the country into 1990s-style internecine fighting.

Government officials say the new force will be controlled by the ANP and held accountable for its actions. “God willing warlords will not be empowered,” said Bashari.

Others have pointed up an apparent contradiction: “The government says it is hiring community fighters due to the absence of national police in villages, and then says the police will control these militias - it’s absurd,” said Joyenda.

With corruption, illiteracy and abuse of authority allegedly widespread in the police, holding the new force to account will be extremely difficult in practice, experts said.

Amir Mohammad, a tribal elder in Kandahar, warned: “People are not stupid to take up arms and fight the Taliban for this government. They will use the opportunity to gain wealth, power and do whatever they want.”

In the past seven years donors have spent hundreds of millions of dollars collecting weapons and disbanding militias in Afghanistan through two UN-backed projects: the Disarmament, Demobilization and Reintegration (DDR - completed a few years ago), and the Disbandment of Illegal Armed Groups (DIAG - ongoing).

Where the new community force does not have the means to fight the insurgents, the government will distribute weapons in return for assurances they will be returned upon request, according to the scheme.

The redistribution of weapons and the re-emergence of semi-formal militias are seen by some as a severe blow to the DDR/DIAG projects.

“Redistributing weapons in insecure areas will only exacerbate the situation,” warned Abdullah Abdullah, a former foreign minister and Karzai’s top rival in the 2009 presidential election.

He said DIAG was not being effectively implemented in some areas, and this had contributed to worsening insecurity. 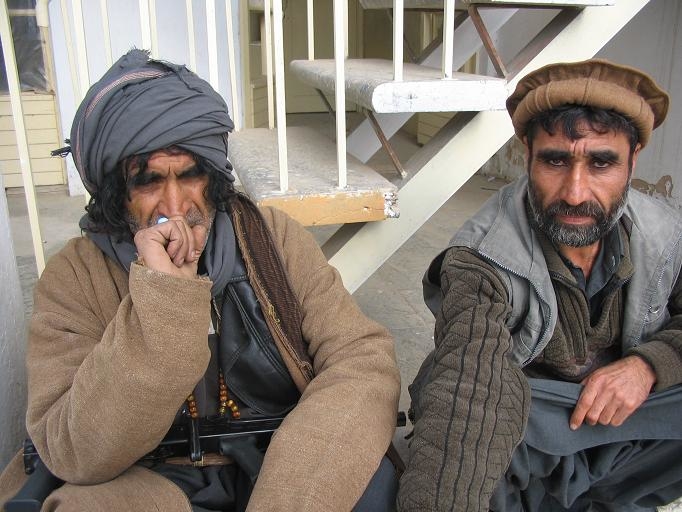 Officials played down concerns that the establishment of community fighters would effectively invalidate the DIAG project.

“Where the government has the ability to protect people, they don’t need to have weapons – so DIAG is absolutely needed,” said Masoom Stanikzai, chairman of the DIAG secretariat.

The European Union Police Mission in Afghanistan (EUPOL), which promotes police reform and offers training in the country, said it was concerned about the creation of community police forces.

“The police are for post-war situations. The police do not kill people but protect them,” Gary Menzel, a chief police mentor with EUPOL, told IRIN, adding that his organization would not provide training for the new force.

Apart from civilian duties, ANP has been widely engaged in counter-insurgency activities, and sustained very high casualties (over 1,200 deaths) in 2009, officials said.

“The key to conflict resolution is good governance and the provision of justice to the people. Peace cannot be won by more combatants,” said Abdullah Abdullah.

Karzai has vowed that Afghan security forces will assume overall responsibility for security by 2014, allowing NATO-led forces to leave the country.

Donors have agreed to help Afghanistan build up about 300,000 ANP and army forces over the coming years.

The move to set up community police forces comes just a few days after an announcement by Karzai that all private security companies will be banned by the end of 2010.

“Private security companies are thieves at day and terrorists at night,” Karzai said in a speech on 7 August, adding that they were operating as states within the state.

Up to 40,000 locals are employed by private security firms - Afghan and foreign -which provide different security and protection services mainly to foreign military entities, embassies and international development agencies.

Over 130,000 foreign troops are currently in Afghanistan.