Six months after a massive earthquake devastated Nepal, people are still living in temporary shelters as political wrangling has prevented the disbursement of billions pledged by international donors for reconstruction.

Aid organisations are urging the government to activate the National Reconstruction Authority, created to formulate quake-resistant building regulations and oversee the allocation of funds. International donors pledged more than $4 billion after the 25 April quake and another temblor on 12 May. The earthquakes killed close to 9,000 people and destroyed or damaged almost a million homes.

The government appointed a chief executive officer to the NRA in August, but he has been unable to start reconstruction work, because parliament failed to pass a bill to launch the agency. The government has instead been embroiled in crisis. Protests against a new constitution erupted on the Indian border, blocking fuel imports, while political parties refused to agree on the terms of the reconstruction bill.

The International Development Partner Group called on the government and parliament “to finalise, as a matter of urgency, the appropriate legislation and take the necessary steps and decisions as soon as possible to establish the NRA”. In a separate statement, the Association of International Non-governmental Organisations in Nepal noted that "winter season is a few months away and many people still don’t have a permanent house”.

The newly-appointed CEO of the NRA, Govinda Raj Pokhrel, also expressed his frustration, telling IRIN: “Those critics are right. We see a clear lack of multi-tasking in our political leadership. They are busy in one agenda and cannot focus on another."

Displaced people living in a temporary camp in October 2015 in Nepal's Dolakha district, which was a 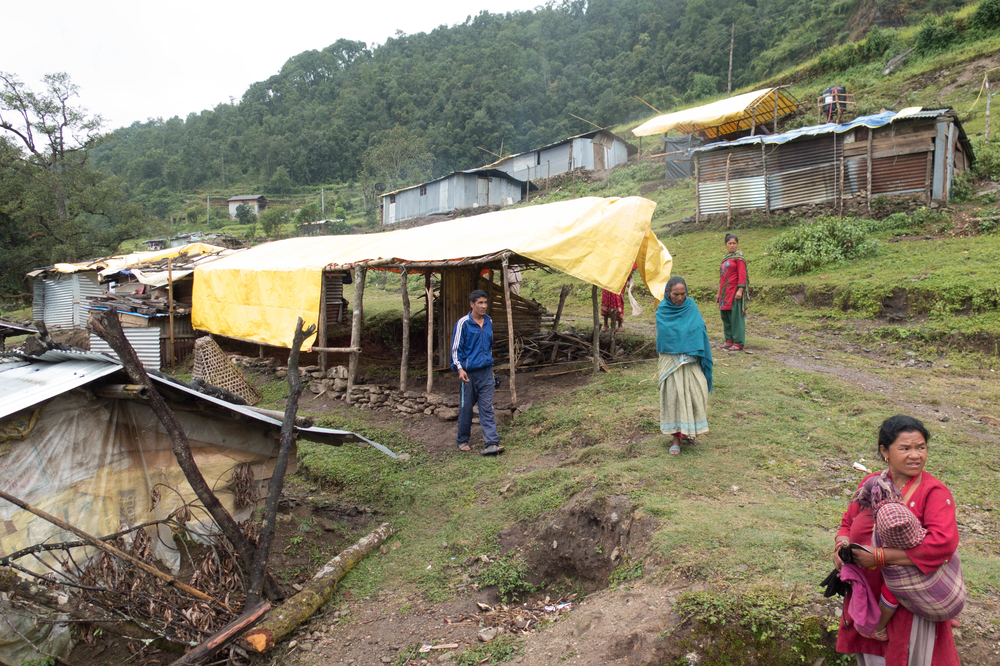 Instead of sturdy buildings under construction, rural Nepal is a multicoloured patchwork of supposedly temporary tarpaulins. The district of Dolakha, which was at the epicentre of the 25 April quake, is no exception. Residents interviewed last week told IRIN they had received no government assistance apart from a one-time payout of 15,000 rupees ($150) and 100kg of rice.

People like Bimala Thami have had to construct shelters from materials they could salvage and those distributed by aid agencies. Thami was seven months pregnant when the quake struck and destroyed her family’s stone house. They spent the following days sheltering in their cowshed, laying straw and wood on the floor and trying to stay calm during the seemingly endless aftershocks.

See: Lessons from the rubble in Nepal

Thami now lives in a structure with tin walls and a tarp roof built over an earthen floor. It’s an improvement on the cowshed, but nowhere near as sturdy as her family’s former home, and it is not strong enough to protect against the monsoon rains or the coming winter.

“The old home was more comfortable than this one. It wasn’t the type of place where water is coming in like this, and I’m also concerned about snakes around the baby,” said Thami. 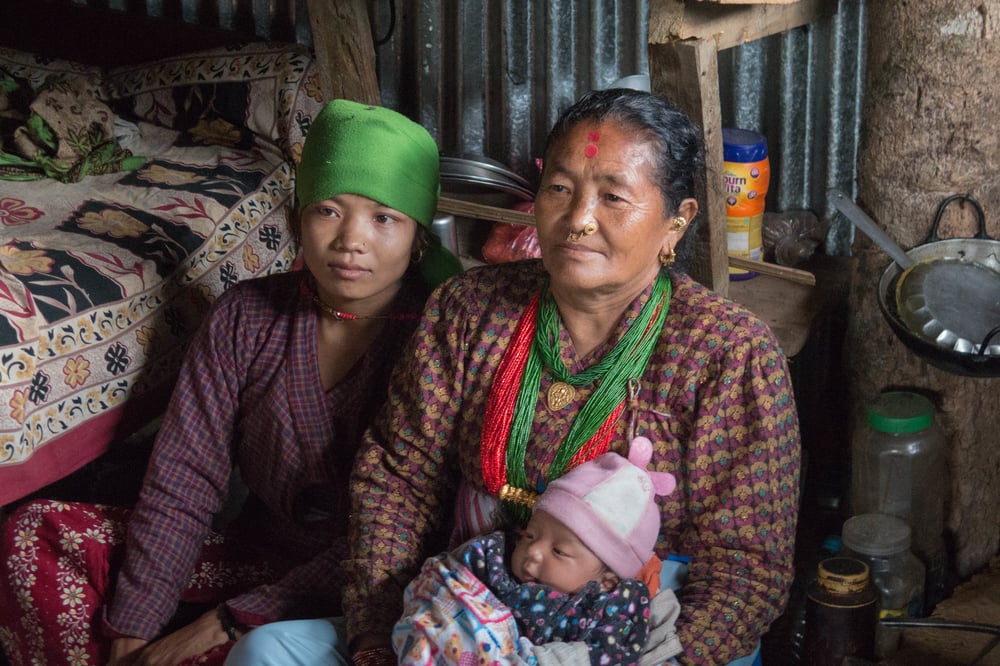 Shortly after the earthquake, the government promised low-interest loans of up to 2.5 million Nepalese rupees ($24,000) to homeowners like Thami who lost everything. The government vowed to set up the NRA to oversee reconstruction spending and provide guidelines for rebuilding houses, schools and other structures in such a way as to minimise the toll and damage in future quakes.

But now the $4 billion of pledged donor aid is caught up in a parliamentary bottleneck as MPs fail to pass the bill authorising the NRA to begin its work. The ruling Communist Party of Nepal, known by its Nepali-language acronym UML, wanted to have elected representatives at the helm of the NRA rather than technocrats. Opposition parties disagreed with that and also wanted to add provisions to the bill that the UML opposed.

The hold-up has raised concerns that donors who pledged funds months ago may not deliver on their promises by the time the NRA gets to work and tries to access the money.

Pokhrel, however, was optimistic that donors would follow through and that the political paralysis would end in time for the NRA to begin work within the month. Staff are already working to ensure that the moment the NRA is given a green light, “we can move very fast,” he told IRIN.

Nepal has also been crippled by a separate political crisis as protests erupted on the border with India against a new constitution, which was passed by parliament on 20 September. Many in the Madhesi and Tharu communities oppose the size and borders of seven new provinces created by the constitution, claiming they will now be under-represented in parliament.

Mattias Bryneson, country director of Plan International Nepal, said his and other agencies had been forced to scale back operations in recent weeks.

“The challenge now is with the fuel situation and political issues,” he told IRIN. “That means that Plan, as well as the government and other agencies, are struggling to get supplies, to procure them and to truck them up to the affected areas.”