Karim Khan* is out of work, but that’s not a bad thing.

He spent two years transporting would-be migrants on his fishing trawler from the coast of Bangladesh to large boats anchored far offshore. The passengers had paid to be smuggled into Malaysia in the hope of finding work there. But Khan was actually delivering them into the hands of human traffickers who would hold them for ransom.

Khan said he thought he was dealing with smugglers who move migrants across borders for a fee, not traffickers who hold people prisoner. He said he only realised the truth when stories began to surface in the media about rape, torture and killings.

“I felt very bad when I learnt about the fate of some of the smuggled people,” he said. “I didn't know there were such great risks involved in this journey.”

Khan has now gone back to fishing and says he won’t be helping to smuggle people again.

Under the scrutiny of international media and the security agencies, Southeast Asia’s smuggling and trafficking rings have now gone dormant. But rights groups warn that the criminal syndicates will soon be back unless the authorities go after the kingpins, who may include politicians and businessmen, as well as senior police and military officers.

“They will certainly re-emerge again, because the arrests have been limited in scope and have not gone to the top levels of these trafficking rackets,” said Phil Robertson, Human Rights Watch’s deputy director for Asia.

Bangladesh has arrested hundreds of alleged traffickers and the government is now considering setting up special tribunals in seven divisional capitals to try suspects, Abdul Matin Khasru, an MP and member of a parliamentary justice committee, told IRIN.

Thai police recently concluded the country’s biggest ever investigation into human trafficking and arrested 56 suspects. Malaysian police detained a dozen of their own officers, but had to fend off allegations they had ignored tip-offs about human trafficking rings for years, including a detailed report provided to them in 2008 by a local advocacy group called Tenaganita.

Speaking in May to the state news agency Bernama, Malaysian Deputy Home Minister Wan Junaidi Tuanku Jaafar promised a transparent investigation that would net traffickers regardless of rank.

“This region has a history of targeting low to mid-level operatives rather than big fish, and even then there have been failures to convict,” said Matthew Smith, executive director of Fortify Rights.

In May, after years of turning a blind eye to human trafficking, the scope of the operations became too obvious and too public for regional governments to ignore, as images of jungle graves and stories of terrible abuse exploded into international headlines. The victims were Bangladeshis escaping poverty, and ethic minority Rohingya Muslims fleeing persecution in Myanmar who were seeking work elsewhere in the region, mainly in Malaysia.

On 29 May, there was an emergency summit in Bangkok that brought together representatives from 17 affected countries, including Bangladesh. The Thai government called the meeting after launching a crackdown on operations on its soil and uncovering mass graves along its border with Malaysia near jungle camps where traffickers held their victims captive until their families could pay ransoms.

The crackdown created a crisis at sea, as smugglers refused to land and in many cases abandoned the boats leaving their victims adrift with little food or water, while regional countries refused at first to rescue them. Under intense pressure, Malaysia and Indonesia finally agreed to host refugees provided they would be resettled elsewhere within a year.

At the summit in Bangkok, participants resolved to create a taskforce among the most affected countries aimed at fighting “transnational organised criminal syndicates.” Among other measures, they also pledged to strengthen national law enforcement to combat smuggling and trafficking.

Bangladeshi authorities are taking action, and police in Cox’s Bazar have arrested 350 people since January, according to police superintendent Shyamal Kanti Nath.

"People smuggling and trafficking is now on complete halt,” he told IRIN.

But stories of official involvement are widespread in areas where the traffickers operate, including Teknaf and Cox’s Bazar in southern Bangladesh, according to Supreme Court lawyer Jyotirmoy Barua.

"Ruling party men and members of law enforcing agencies are involved with drug and human trafficking and smuggling,” said Barua, who is from Cox’s Bazar.

Sources in the police and border guard forces speaking on condition of anonymity also told IRIN that some security officers and politicians were involved in the human smuggling and trafficking rings.

Unless the government breaks with the past and makes a serious effort to prosecute the kingpins, the problem is unlikely to disappear, according to Tasneem Siddiqui, chair of the Refugee and Migratory Movements Research Unit at the University of Dhaka.

Some victims who survived imprisonment and abuse by traffickers are living in fear even after escaping.

Suman Barua is back in Cox’s Bazar after Thai police found him in a jungle prison camp. After being detained in Thailand, he was sent home where he filed a case against the broker who facilitated his departure.

“I am afraid to travel outside of my home, because I fear friends of that broker would harm me,” he told IRIN.

Brokers, who are near the bottom rung of the human trafficking ladder, often lure in prospective clients by telling them tantalising stories of a better life to be had overseas for a relatively cheap fee.

Mohammad Nurunnabi was working as a photographer, taking pictures of tourists on the expansive beaches near Cox’s Bazar when he met a “kind and friendly” man who offered him a job in a factory of Malaysia.

Nurunnabi would be able to earn US$480 per month, more than double his income as a photographer. He needed to pay only $64 to travel by “big ship” across the Bay of Bengal and Andaman Sea. After making it to Malaysia, his family would pay the broker $2,600 – a fee he could then pay off with his factory wages.

By the time he reached Teknaf, a sub-district about 90 kilometres south of Cox’s Bazar, where there was a fishing trawler ready to take on human cargo, he realised he had been abducted.

“That ‘friendly tourist’ and his mates took everything away from me at gun point,” he said. “I was scared and I wanted to leave, but they said if I left they’d be exposed and I was forcefully pushed into the trawler with others.”

Mohammad Nurannabi, a victim of human trafficking, is back to work as a beach photographer in Cox's Bazar, Bangladesh 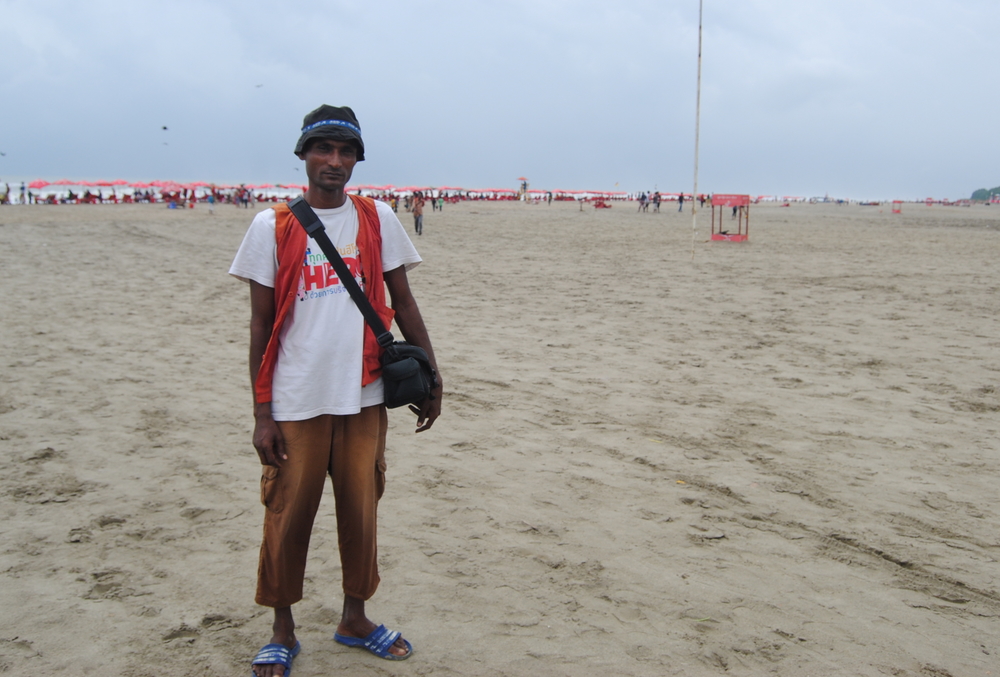 Nurunnabi said he was tortured both at sea and in the jungle prison in Thailand. A Bangladeshi trafficker at the Thai camp told him to call his family and ask them to pay $2,600 for his freedom.

“They shot down six rebellious Bangladeshis to show they were not joking,” he said, adding that the men were killed.

After a harrowing year in captivity, Nurunnabi is now back in Cox’s Bazar snapping photos of tourists. His family is even more impoverished, since they had to sell their land to buy his freedom.

Nurunnabi wants the traffickers who abducted him to face justice, and he wants the money returned so he can pay off some of his family’s debt. But he doesn’t hold out much hope as he doesn’t even know the real identities of his captors.

Victims like Nurunnabi and Barua have little recourse once they are released, said Robertson of Human Rights Watch.

“Migrants know that official corruption, particularly among police, means that those who escape and complain could face retaliation from police or being handed back to their trafficker,” he said. “In some cases, people pay with their lives for trying to escape or filing a complaint.”

So far, investigations have offered little reassurance that victims might see their captors face justice, said Smith of Fortify Rights.

“Thailand and Malaysia haven't scratched the surface when it comes to combating trafficking. Dozens of traffickers are roaming free,” he said.

Smith pointed out that past trials in Thailand have been undermined when key witnesses, who were Rohingya asylum-seekers, conveniently “escaped” police custody.

Myanmar’s track record is no better.

On 8 June, the state-run Global New Light of Myanmar newspaper reported that the government had arrested 93 human traffickers since the beginning of the year, most of whom had facilitated the forced marriages of women brought across the border into China.

The newspaper said there had been “no reports of human trafficking cases” in Rakhine state, where about one million ethnic minority Rohingya Muslims live under apartheid-like conditions. They include almost 140,000 Rohingya who have been confined to dismal camps since their homes were destroyed during clashes with members of the majority ethnic Rakhine Buddhist population in 2012.

The UN’s refugee agency, UNHCR, says about 100,000 people have fled Rakhine state since 2012. About 25,000 people left the shores of southern Bangladesh and Rakhine state in the first three months of this year, according to UNHCR.

The exodus has largely halted now as security agencies crack down on smuggling and trafficking networks. But migration has also historically slowed with the onset of the monsoon season around June, when the seas get rough.

The real test of whether the smuggling and trafficking rings have been broken will only come later in the year, once storms abate and the international spotlight has faded.