At the centre of al-Sudd swamp, one of the world’s largest wetland areas, is Old Fangak, an isolated town that has become a haven for tens of thousands of people fleeing South Sudan’s interminable conflict.

But safety comes at a price. The population of Old Fangak in northern Fangak State has grown tenfold since 2013, up from 5,000 people to 50,000. The influx has depleted local food resources, sending food prices soaring and leaving many in the community reliant on humanitarian aid flown in to the small landing strip, or boated in during the rainy season.

In the wake of a shaky truce agreed in September last year fighting did stop across large parts of South Sudan. But a power-sharing government due to have been installed on 12 May as the final step in a peace deal has been postponed for at least another six months.

Although the displaced in Old Fangak want to return to their homes at some point, nobody is yet willing to bank on the sustainability of the peace process between President Salva Kiir and opposition leader Riek Machar – still divided by disagreements over the future of a unified army, security in the capital, Juba, and state borders.

Derived from the Arabic for “barrier”, al-Sudd has proved an effective obstacle to the various fighting forces in a war that has claimed almost 400,000 lives and forced four million people from their homes since it began in 2013.

Photojournalist Patrick Meinhardt recently visited Old Fangak to document the lives of those sheltering in this remote area between the Phow and White Nile rivers.

Refugees like Samuel Gony Gor paddled their way to Old Fangak in canoes from neighbouring Unity State to find sanctuary, braving crocodiles and venomous snakes, sustaining themselves on water lilies as they pressed on.

Gor reached the town in early 2017 with his wife and seven children to escape fighting in his home in Unity State – violence so severe it triggered a famine as people were driven from their farms and livestock were stolen.

“We spent one month in the bush. Many gave up running due to hunger,” Gor said. “I believe we are safe in Old Fangak. Here you can establish a place to stay without constant threats to your life.”

The UN declared the famine in Unity State over in June last year. But across the country over six million people are still facing extreme hunger, and the number could rise to close to seven million at the peak of the lean season between May and July. A further 50,000 people could be at risk of renewed famine.

One reason is that food production has not picked up, despite last year’s truce. “It’s still too early to judge the peace agreement’s effect on food production,” said Moses Habib, the humanitarian coordinator of a Finnish NGO called Finn Church Aid.

That’s because it takes time before farmers displaced by the conflict dare return to their fields and for markets to recover, said Habib. In addition, a slow donor response has squeezed aid budgets: South Sudan’s $1.5 billion humanitarian response plan for 2019 has so far only received $123 million in funding.

Clean water sources in Old Fangak are scarce. There are a few boreholes, with people mainly relying on rivers or other water sources in the swamp. Gor irrigates his farm with a pedal pump donated by Finn Church Aid and grows onions, cabbage, okra, tomatoes, sorghum, and maize.

He counts himself lucky because he can sell part of his harvest at the local market. As a result, his family eats two meals a day and the children are in school. 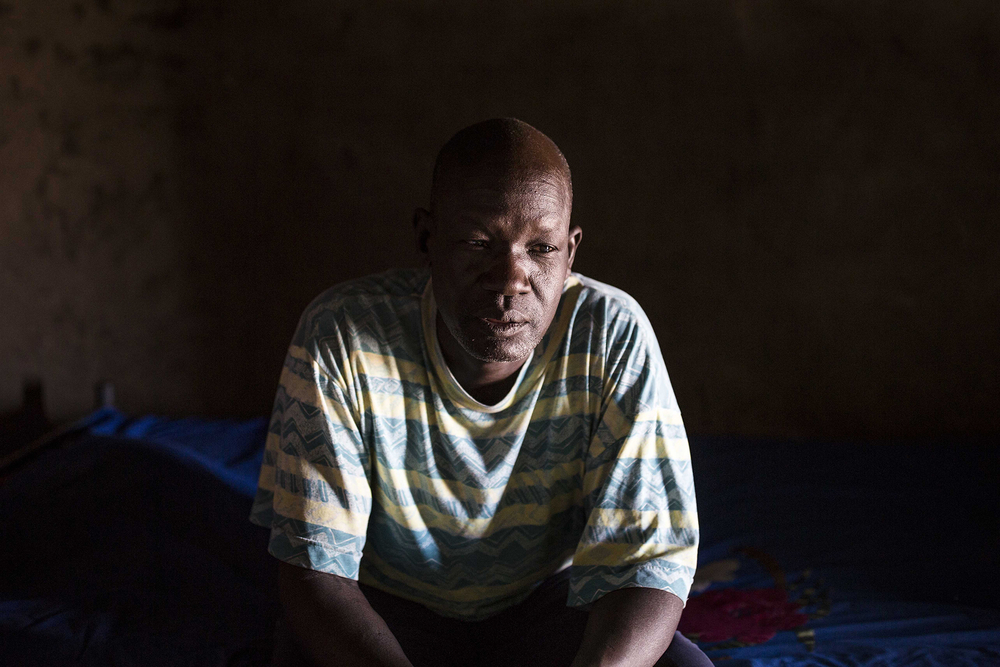 Farmer Samuel Gony Gor, 50, left his farm and property behind when his family fled fighting and famine in Unity State in 2017. They spent a month on the run, chased by armed men. “I wish that my children will get an education and avoid the struggles I have had supporting my family,” he said. 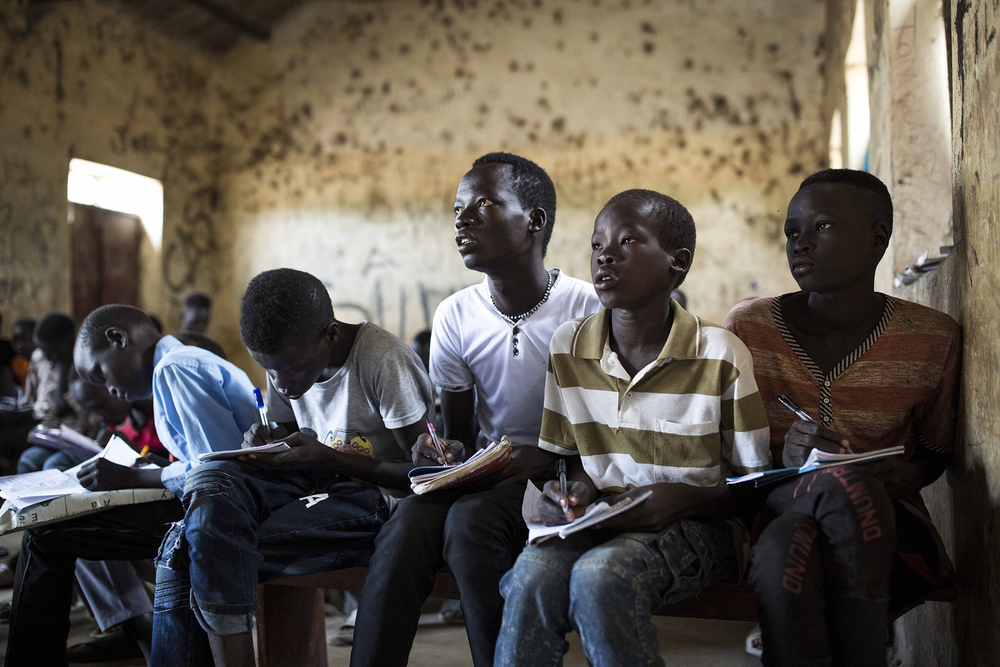 Parents are increasingly convinced that education for both boys and girls is the only way for their children to have a better future. Finn Church Aid supports several primary schools in Old Fangak. 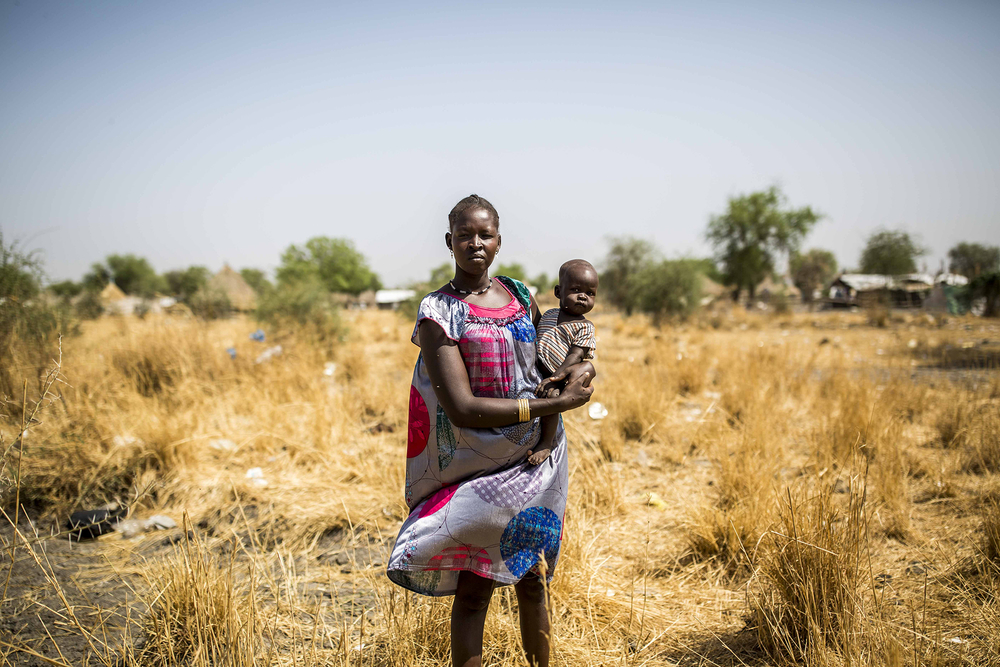 Nyarom Jiech Chuol left behind cattle and a grinding mill when she fled her home in Unity State in 2015. Here in Old Fangak she struggles to feed her seven children with the small income she gets from collecting firewood. “I am thankful I can sleep without hearing gunshots,” she said. 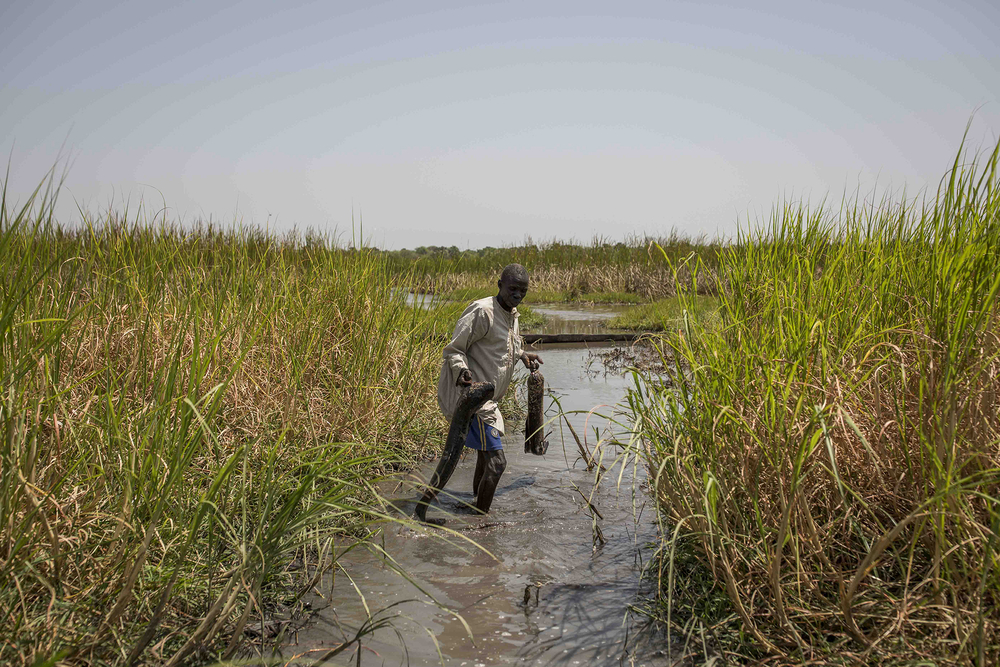 A big fish is worth 700 South Sudanese pounds – around $5.50. A regular catch includes catfish, mudfish, and tilapia. The luckiest fisherman might land a 100 kilogram Nile perch. 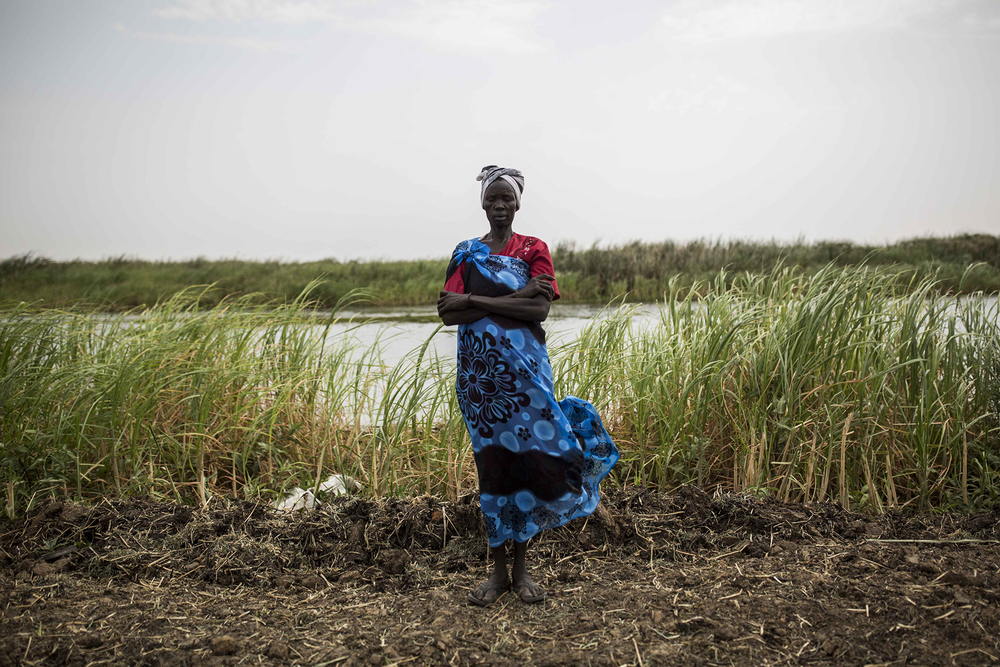 Farmer Elizabeth Gal, 43, says she can farm anywhere if she has the seeds and tools. She dreams of returning to her home in Bentiu, Unity State, but only if there is a lasting peace. 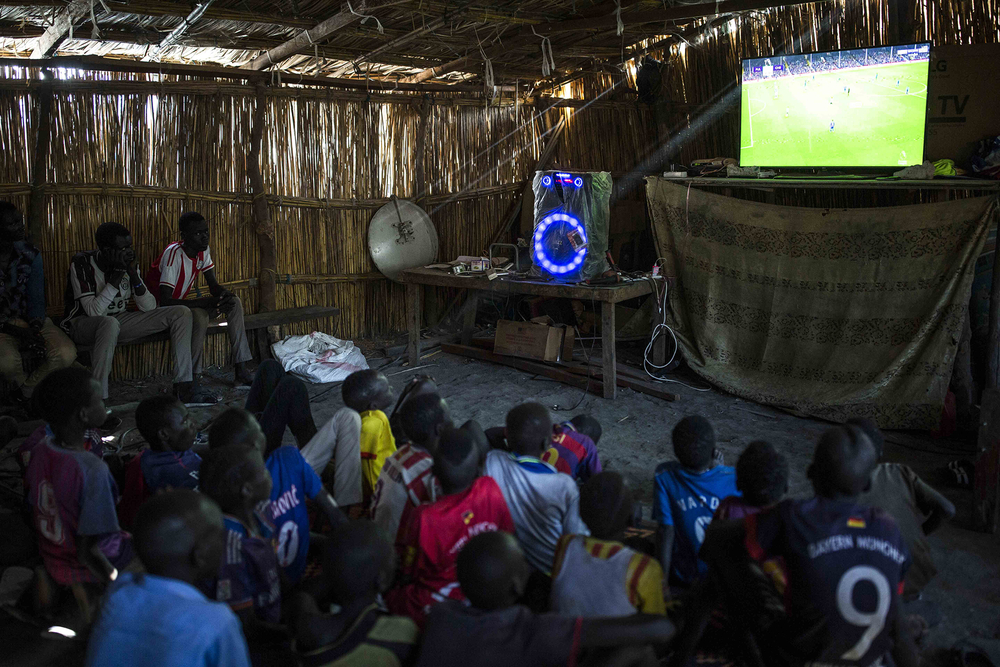 This generator-powered television arrived from Pibor after a three-month journey across South Sudan. It has become a lucrative business for the owner who charges 100 South Sudanese pounds (80 cents) per adult viewer. Children get in free when an English Premier League game begins. 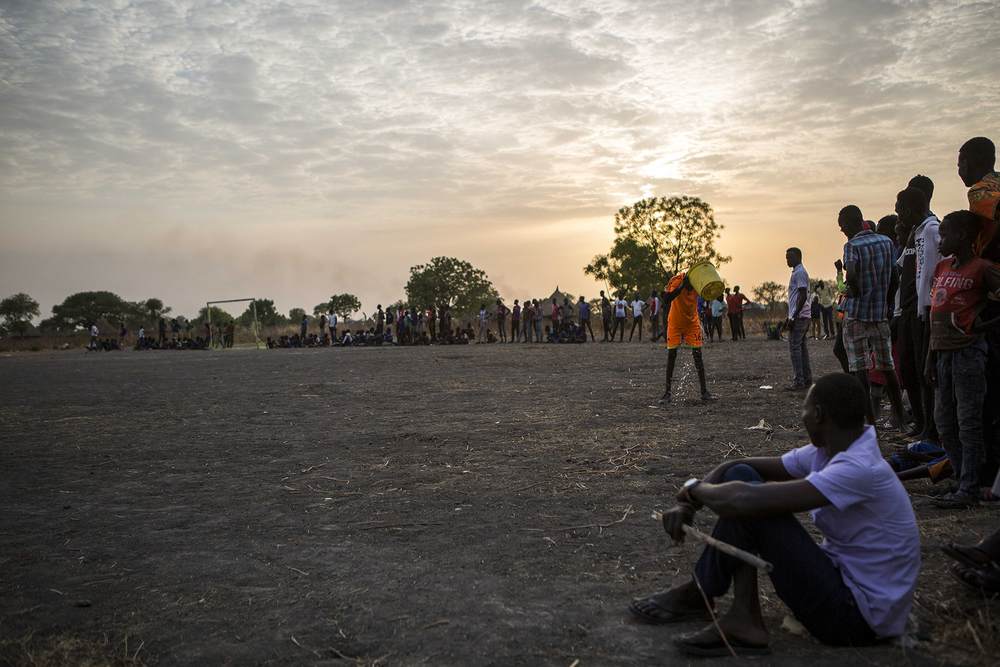 Old Fangak has its own league with several teams, and eager fans – IDPs and residents alike – support their players with buckets of water during early evening games.