As fighting intensified in the old city of Sur, Turkish authorities imposed a curfew that forced 75-year-old Neaz Tanlikulu from his home. Narrow cobblestone alleys that used to echo the happy cries of street football became the scene of deadly skirmishes between the security forces and the youth wing of the separatist and outlawed Kurdistan Workers’ Party (PKK).

Tanlikulu moved to a different part of Sur, the ancient walled district in the Kurdish-majority city of Diyarbakir, seeking refuge with his daughter. That was two months ago. But last week, the fighting and the round-the-clock restrictions spread to his new neighbourhood, leaving him homeless once again.

Flanked by a radiator, a mattress, and his six-year-old granddaughter Elif, Tanlikulu was standing on the pavement and waiting; he didn’t know for what.

“We are all desperate,” the old man told IRIN. “We don’t know where we can go.” 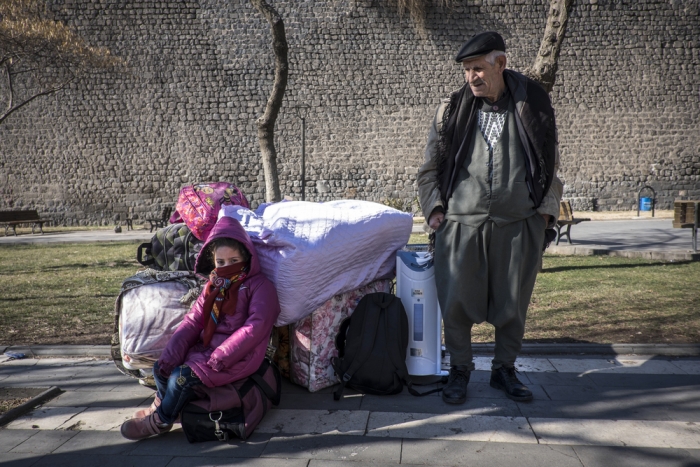 Jodi Hilton/IRIN
Neaz Tanlikulu with his granddaughter Elif, a few hours after the curfew in Sur was extended

Kurdish human rights organisations say fighting across southeastern Turkey has displaced 200,000 people in the last two months alone. Turkish authorities put the number at 93,000. Either way, it’s a mass displacement. There are no camps, little aid, and almost no international awareness of what’s actually going on.

Turkish President Recep Tayyip Erdogan has said he will continue the crackdown until the southeast is "cleansed" of the militants. "You will be annihilated in those houses, those buildings, those ditches which you have dug," he said in December. "Our security forces will continue this fight until it has been completely cleansed and a peaceful atmosphere established."

On Monday, UN High Commissioner for Human Rights Zeid Raad al-Hussein brought attention to the conflict when he called for an investigation into a shooting by Turkish security forces on apparently unarmed civilians in Cizre, another Kurdish-majority city under curfew. The incident, he said, was “extremely shocking.”

But conflict between the Turkish government and the PKK – which Turkey, the United States and the European Union consider to be a terrorist organisation – is nothing new. Turkey fought a 30-year civil war with the separatists until a historic ceasefire in 2013 – many residents of Sur are Kurds displaced by earlier clashes. 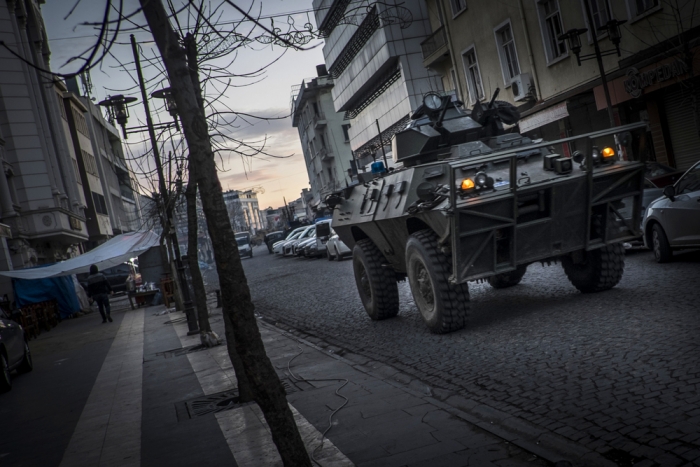 At least 220 Kurdish civilians have been killed in the last six months, according to the opposition and pro-Kurdish People’s Democratic Party (HDP). Turkish authorities report that 246 security force personnel were killed in clashes, bombings and ambushes during the same period.

Hamide Arik was inside her Sur home with her husband and two-year-old daughter when the fighting picked up in early December.

For three days, clashes raged outside their door. “We had water, but no electricity. The food in our refrigerator went off,” she told IRIN.

“We were terrified. We didn’t dare look out our windows, and [we] put our sofa against the glass balcony door for protection.” 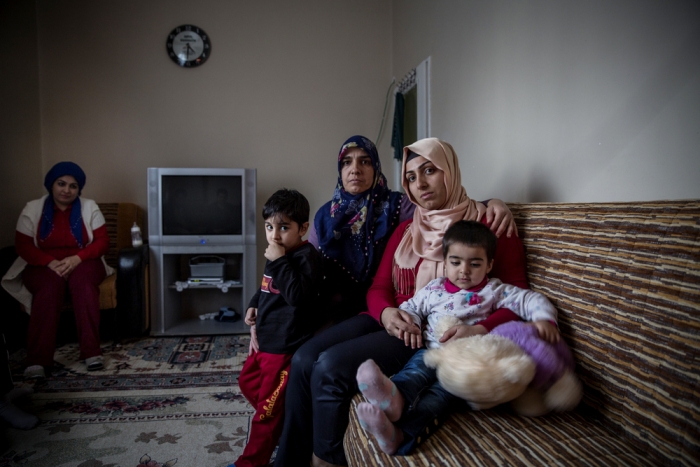 When the curfew was lifted for a few hours, they took their chance to escape, leaving their belongings in the three-storey basalt structure where her husband, his father and grandfather all grew up. The former Ottoman checkpoint has now been reduced to rubble, along with the adjacent 400-year-old mosque. 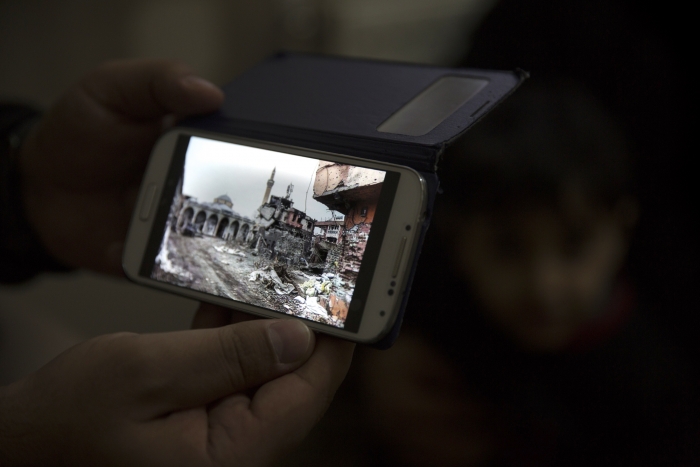 Arik and her family are staying with relatives for now: one week at her mother’s apartment, the next with her sister. They follow the fighting on their mobile phones. Those left inside Sur are reportedly the elderly, or those who can’t afford to leave. 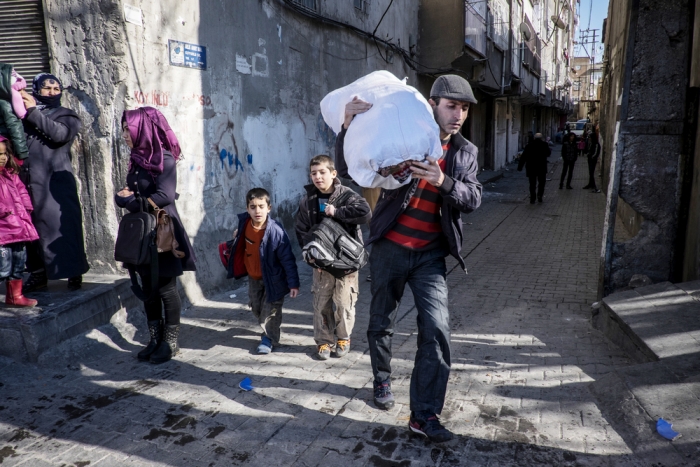 The last week has seen a surge in displacement in Diyarbakir.

Locals had planned a protest against the 24-hour curfews in Sur, which mean that residents can’t leave the areas under lockdown and stepping onto the streets is extremely dangerous. Fighting broke out instead, and the government expanded the curfew’s perimeter. Along with Tanlikulu, thousands of Kurdish families streamed out of the old city, carrying what they could as gunfire popped in the background. 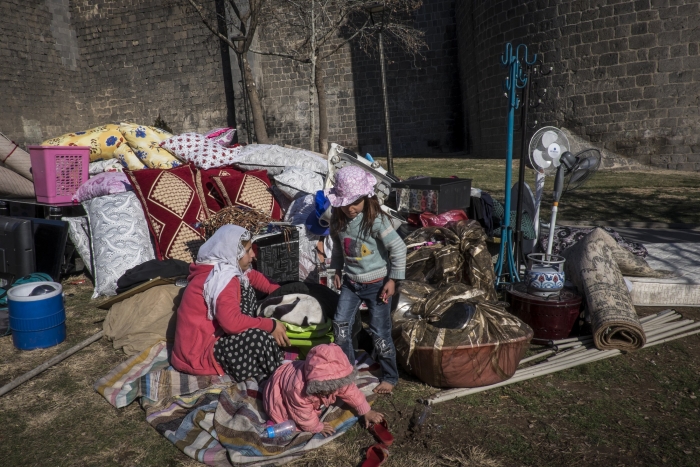 With no camps for the displaced, most people – like Arik – rely on the kindness of relatives. Some, those who can afford it, rent accommodation.

Harcun Ercan, a spokesman for the Diyarbakir mayor’s office (the mayor is elected by the local population) told IRIN that some 70 percent of civilians in the areas affected by violence have fled. 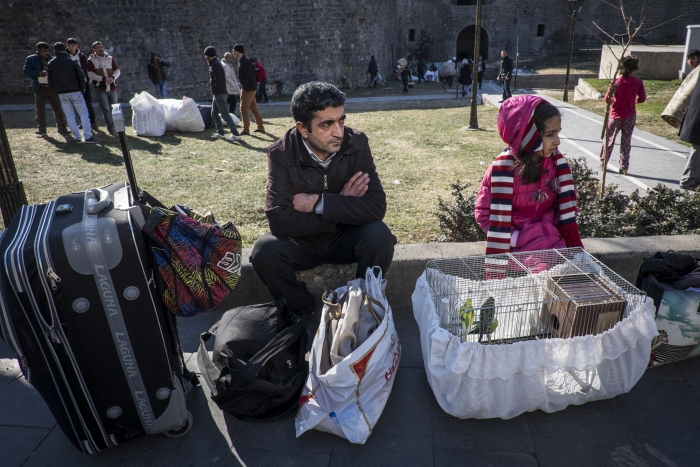 Jodi Hilton/IRIN
One family fled with their pet parakeets

The displacement only adds to the poverty many Sur residents were already facing. Ercan said the municipality is handing out food parcels and helping to deliver aid to displaced families.

With many business shuttered or destroyed, renting is not an option for everyone, and even those who can afford it have shown up to empty flats without mattresses or appliances.

“The situation is quite dire,” Ercan said. 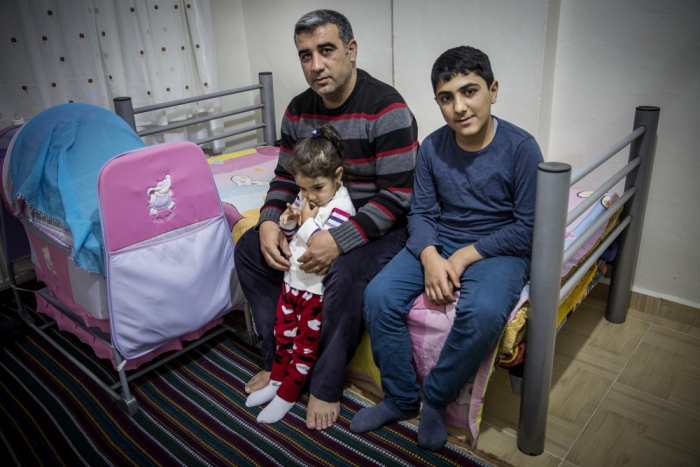 No international organisations have offered help as yet. The central government has promised a one-time payment of 3,000 Turkish lira (about $1000) as compensation to registered shopkeepers, but Ercan said most businesses in Sur are not on the official books. Government sources told IRIN that a plan to give displaced people 1,000 lira per month is also being discussed.

Representatives of the Diyarbakir governor, who is appointed by the ruling Justice and Development (AKP) party, did not respond to IRIN’s requests for comment. But the Turkish authorities have repeatedly said their fight against the PKK is a war on terror – the militants often target police officers and soldiers, and the AKP accuses the insurgents of infiltrating civilian areas to hide and instigate a mass uprising.

Prime Minister Ahmed Davotuglu has said he will begin visiting the southeastern provinces later this week and meet with the local Kurdish community to discuss its concerns.

Many Kurds are frustrated by what they regard as government intransigence in the face of civilian desperation. Fahriye Cukur has been spending her days on the stage of a public hall in Diyarbakir, clutching a photograph of her 16-year-old daughter, Rozerin. She and other mothers are demanding that the authorities’ release their children’s bodies, which they believe to be rotting inside Sur.

The high school student was in Sur studying for her university entrance exams, trapped inside the city, when fighting began and a curfew was imposed. Witnesses said she was shot in the head by a government sniper, but IRIN could not confirm this claim.

“For 20 days, her body has been lying in the street,” Cukur protests. 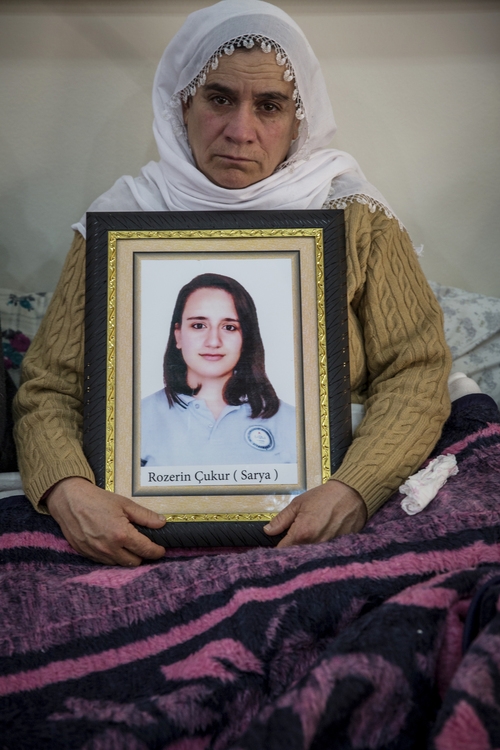 In Cizre, politicians from the HDP have declared a hunger strike to call attention to dead and wounded civilians who they say can’t be evacuated thanks to another curfew.

President Erdogan denies the HDP claims. “Those [accusations] are all lies. There are ambulances ready there all the time,” he said late last week.

As for the complaints of bodies left in the street, Davotuglu says these too are false: “I issued a governmental decree announcing that anybody not taken by the family within three days would be buried by the state.”

Amnesty International’s Turkey researcher Andrew Gardner said long-term displacement is a concern as more and more homes and business are wrecked across the southeast. He too was aware of alleged abuses.

“These are densely-populated residential neighbourhoods where tanks are being used, heavy artillery which will cause casualties to ordinary residents,” he said, citing allegations that security forces have been reckless or targeted civilians.

“We do know that lots of people who are not carrying guns have been killed and injured – small children, women, elderly people who [don’t fit the] regular profile for fighters.”

Gardner said civilians in the areas under curfew who need medical care or food can’t get it. Cuts in water, electricity, and mobile internet signals are becoming common in Kurdish areas across southeastern Turkey.

Davotuglu has said that “apart from Sur, life is normal in the rest of Diyarbakir.”

But according to Gardner, “all these things put together are starting to look like collective punishment.”

Fahriye Cukur, still waiting to bury her daughter, agrees. “They are killing our children. Our only crime is to be a Kurd.” 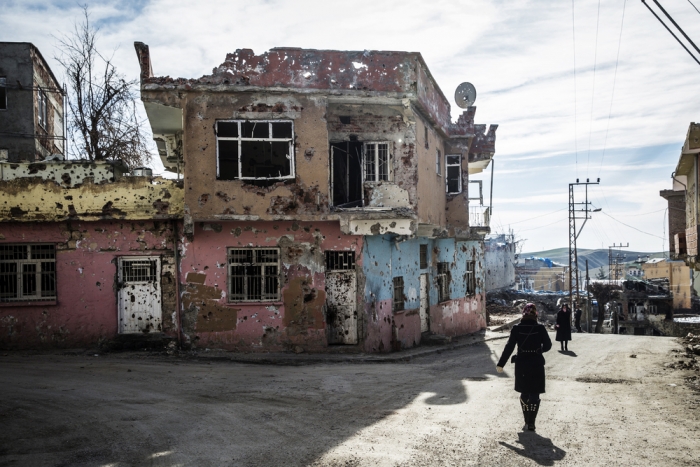 Jodi Hilton/IRIN
Residents of Silvan, a city in Diyarbakir Province, returned to bullet-ridden homes after the curfew there was lifted in November
Share this article
Join the discussion