Désiré Nimubona is a freelance journalist and regular contributor to IRIN based in Bujumbura. As calls mount for a negotiated solution to the violent political crisis in Burundi, he sets out some key talking points for such discussions between the government and opposition.
BUJUMBURA

Warnings of a looming genocide in Burundi dangerously misrepresent the nature of the crisis in my country, but the widespread calls for urgent mediated talks are nevertheless well founded. They are an essential step to halting a cycle of violence that has claimed some 240 lives since April.

Clashes between the powers that be and their opponents began in April when the ruling CNDD-FDD party nominated the incumbent Pierre Nkurunziza as its candidate in July’s presidential elections. Many people here and abroad said this violated the terms of a power-sharing deal signed in 2000 that paved the way to ending a civil war ignited in 1993. (Nkurunziza went on to win the election).

Since then we have regularly seen dead and often mutilated bodies litter the streets of the capital amid armed attacks against and by the security forces. The way I see it, whether you are a policeman or rebel, in the opposition or the president’s camp, one thing is clear: you are fighting over a country that you all share, so your fighting is pointless.

I refuse to take sides. I speak neither for the opposition nor the government, but as a citizen with no interest in the political disputes. Politics, in the sense of who should or shouldn’t be in power now, is a key driver of the violence, but there’s more to this crisis that needs to be addressed at any negotiations.

Such talks should be mediated by a neutral, trusted non-Burundian who would not allow any of the parties to take a dominant role, even in their planning, and they should ideally be held outside the country.

The key participants should be the government and the opposition, much of which is grouped under the umbrella of the National Council for the Restoration of the [2000] Arusha Accords and the Rule of Law. CNARED was created in Addis Ababa in August with the aim of opposing Nkurunziza, whose legitimacy as president it rejects. There are other key players in the equation who are harder to identify: those who have been attacking police stations and patrols recently. On Sunday, gunmen opened fire on the home of Bujumbura’s mayor, who is a supporter of the government. Six people were killed over the weekend during several armed incidents. Nobody has claimed responsibility for the attacks.

Burundi’s crisis also has a direct impact on neighbouring states such as Rwanda, the Democratic Republic of Congo and Tanzania, not only because they are hosting more than 200,000 Burundian refugees between them, but also because a more stable Burundi would boost trade and economic growth in the region. So representatives of these countries should also have a role in talks.

In his 2008 acceptance speech, newly-elected US President Barack Obama famously said, “I will listen to you, especially when we disagree.” This commitment to listening should prevail at the talks.

And to have any hope of breaking the cycle of violence, they should focus on the following:

1. The legality of Nkrunziza’s presidential candidacy

Presented in diametrically opposed black-and-white terms by both camps, this is in fact a complex issue that needs unravelling. It should be recalled that the 2000 Arusha accord, whose two-terms-only provisions underlie the opposition’s case, is more of an agreed set of principles and power-sharing arrangements than a legally binding document. On the other hand, the opposition and many in the international community have dismissed the argument that the constitution’s two-term limit applies only to national elections and not the parliamentary ballot that first brought Nkurunziza to power in 2005 as a self-servingly narrow interpretation of the text.

Agreement must be reached on how to deliver accountability for the violence and killings of recent months and, more pressingly, how to end them. Those responsible must be arrested and brought before court. Only those authorised to do so should continue to bear weapons. I feel threatened simply by describing as pointless the killings and attacks.

This rejection of impunity should extend beyond this current episode in our history, and encompass the bloodlettings of 1972, 1988, 1991 and 1993, when the assassination of president Melchior Ndadaye led to war.

A view between tents within the Mahama refugee camp. Families live extremely close together, and cooking must be done outside. 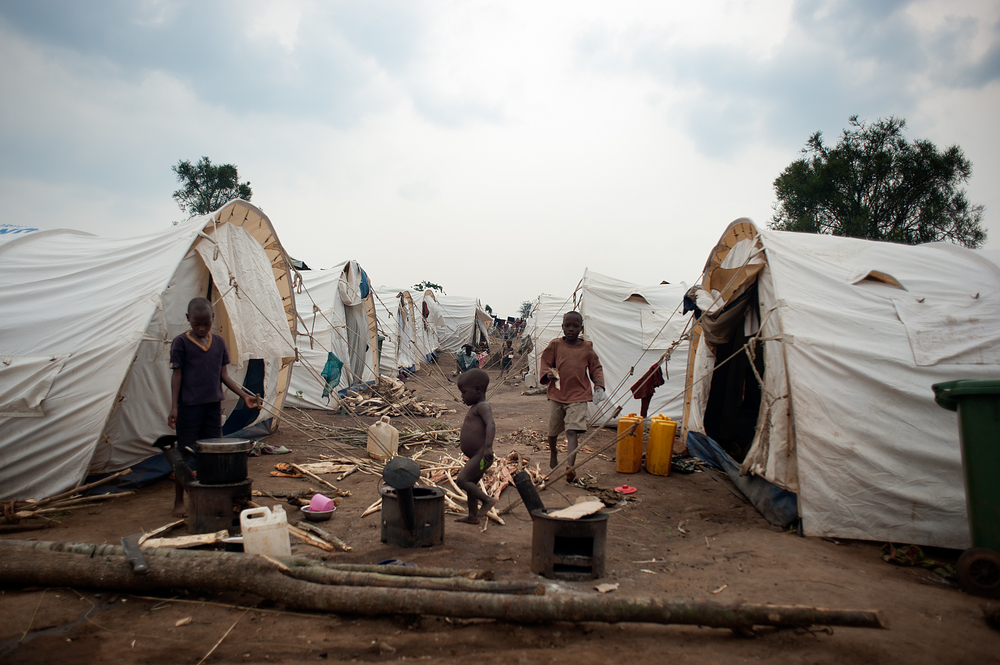 It’s important that stakeholders face up to what’s going on in the country and refrain from both denialism and incendiary hate speech. One politician recently claimed that well-publicised photos of recent assassination victims were actually taken just after Ndadaye’s assassination. Government figures have repeatedly taken to social media to deny our country is in a state of crisis. Such declarations only heighten the distress of victims’ relatives and contribute to the general mistrust of our leaders. Some of these leaders recently gained notoriety for using language (“pulverize” “start the work”) reminiscent of the run-up to the 1994 genocide in Rwanda. When it comes to dangerous rhetoric, the opposition is hardly blameless. For example, many publicly applauded the 2 August assassination of former intelligence chief Adolphe Nshimirimana. On social media platforms, politicians of all stripes and civil society leaders are caricatured with debasing animal features.

A commitment to respect human rights by all parties is an essential component of any talks. It’s intolerable that the dead and disfigured continue to litter our streets, and that torture continues. Local and international NGOs as well as political parties from both camps should all be given the same opportunity to work unfettered in Burundi.

Much of Burundi’s independent news media was reduced to ashes the day after the failed coup attempt of 13 May. Many of our journalists have fled the country to work as refugees. What little remains of the independent media operates under very dangerous and restrictive conditions. There needs to be an agreement that private news organisations can resume their work. After all, freedom of expression is one of the hard-won fruits of national reconciliation.

A growth rate of -7.2 percent (IMF) is an outrage. All parties need to work together on how to kickstart the economy because they are all – we are all – stakeholders. At least we need to progress from a “poor country” to a “developing country.” Sorely in need of investment is the agricultural sector, in which more than 80 percent of Burundians toil to deliver mostly miserable yields. In a country with so much rain and fertile soil, it’s unacceptable that malnutrition is so prevalent. I am angered that the rice in our shops is imported from Pakistan. We should be exporting food. Burundi isn’t really poor: we have everything we need. If only the politicians capitalised on our potential.

7. The return of refugees

Creating conditions for the imminent safe return of more than 200,000 Burundians who have fled the country this year should be a priority for the talks. As well as being a question of basic rights, dignity and our own national security (refugee camps being fertile ground for rebel recruitment), there are practical legal considerations: we have already seen how protracted exile has spawned countless ownership disputes over land and other goods.