South Sudan has a new unity government after six years of war, but violence is still ongoing across the country, deepening a catastrophic humanitarian outlook worsened by mass flooding in 2019, aid workers are warning.

In eastern Jonglei state, a cycle of attacks has included the looting of food and livestock, threatening the current planting season and undermining an already fragile local economy.

“If a planting or harvesting period is missed [due to violence or disruption], it’s gone,” the World Food Programme’s country director, Matthew Hollingworth, told The New Humanitarian. “If cattle cannot move to pasture or water [because of insecurity], they may not survive.”

There has been sporadic violence in Jonglei throughout this year. In the latest incident, more than 240 people were killed and hundreds wounded when Murle militia attacked the town of Pieri and other ethnic Lou Nuer areas in northern Jonglei on 16 May.

In two days of violence, 28 villages were torched and looted, with people forced to flee into the bush.

Among the dead were a Médecins Sans Frontières staff member and two aid workers from a local NGO, all shot and killed in Pieri, drawing furious condemnation from the humanitarian community.

The Murle raid is seen as revenge for a Lou Nuer attack that left more than 100 people dead in February. These tit-for-tat revenge killings are large-scale assaults that can involve thousands of well-armed young men.

In the first quarter of this year alone, fighting between the two communities killed 658 people, according to the office of the UN High Commissioner for Human Rights, Michelle Bachelet. Those three months also saw the abduction of a further 592 people – typically women and children – and 65 reported cases of sexual abuse, OHCHR said.

South Sudan inaugurated a power-sharing unity government in February, but the “intercommunal fighting has increased, causing massive suffering for families who are trying to rebuild their lives,” David Shearer, the UN secretary-general’s special representative, said in a statement.

Shearer said he saw the violence as partly driven by “economic deprivation” in a region that was hit by devastating late-2019 floods that “wiped away many homes and killed thousands of cattle which families rely on for their survival”.

In the peak of the lean season, around July/August, yet more households – especially in areas affected by seasonal floods or insecurity – are likely to be close to famine, according to FEWS NET, a US-funded famine monitor.

Abraham Deng Lul, a farmer in Duk, lost his home, livestock, and crops when the floods swept through the county. He told TNH by phone that he was now totally reliant on food aid to feed his household of 10 children and two wives – but the ration is not enough.

“I am just in one place and cannot move outside Duk to look for ways to feed my family.”

The ongoing insecurity, and the cost of travel, means “I am just in one place and cannot move outside Duk to look for ways to feed my family,” he said.

Rains are again falling, and are expected to be heavier than usual, according to the UN’s emergency aid coordinating office, OCHA. Aid agencies are racing to pre-position stocks of two-months’ worth of food aid and medicine before the roads are cut. 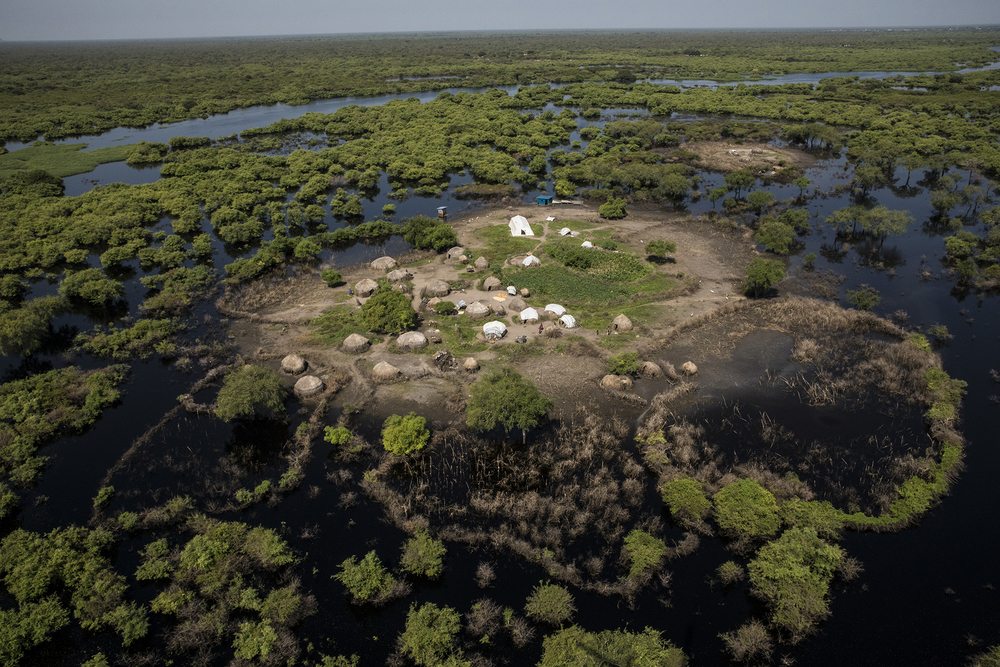 The violence must “therefore stop, and humanitarians must be able to reach affected communities freely and without fear”, the UN’s humanitarian coordinator in South Sudan, Alain Noudéhou, said in a statement.

That may be difficult to achieve. In a public statement, Lou Nuer elders warned that if the unrest continues, “Lou youth will have no other option but to face the menace of the Murle in the most appropriate way.” Murle community leaders responded with their own threat of retribution.

Stopping the cycle requires the presence of local political authorities who can call all sides to order. But while President Salva Kiir and his former rival Riek Machar have been in a unity government for more than three months, they remain deadlocked over the appointment of governors to the country’s 10 states, which has created local power vacuums.

“Ethnically motivated conflicts are rising because the political authorities are not in place to tackle them, and it is happening across the board,” Augustino Ting Mayai, director of research at the Juba-based think tank, the Sudd Institute, told TNH.

Resolving the impasse will require significant concessions from Kiir and Machar, whose political coalitions are based in part on promises made to key warlords and ethnic communities on the parcelling out of the governorships and other administrative posts.

“Both sides are navigating through an ill-fitting peace deal,” said Alan Boswell of the International Crisis Group. “This might be something that requires [regional] heads of state intervention.”

Coronavirus has introduced an additional stumbling block. The UN’s peacekeeping mission in South Sudan, known as UNMISS, has been involved in reconciliation efforts in Jonglei since the beginning of the year, bringing the warring groups together.

But restrictions on travel and the inability of large groups of people to meet “due to COVID-19 prevention measures” have stalled the peace effort, according to UNMISS.

In many ways, the virus is worsening an already difficult humanitarian situation. More than 6.5 million people – over half the population – were estimated to be short of food even before COVID-19. Now, the virus “is expected to make another million and a half people hungry, and wosen the severity of the impact on those already food insecure”, said WFP’s Hollingworth.

The government’s response – as in most countries – has been a lockdown, which has hurt the urban poor particularly badly, as their largely informal jobs disappear.

“This means people who would make $2 to $3 a day are unable to do so,” noted Hollingworth. “This is the population we are concerned about.”

The upcoming lean season normally drives up food prices, but the increases have started early as a result of disrupted supply chains and border closures. A 50 kilo sack of maize has jumped 75 percent in price in some areas, according to WFP.

The government has eased restrictions in recent weeks to try to allow businesses to re-open, but Hollingworth said “the cumulative impact of the border restrictions, limited trade, poor economy and COVID-19” will continue to drive deeper levels of poverty and hunger.

Fear of a new war

While the violence in Jonglei is largely a local problem, growing clashes in the south of the country between government forces and rebel groups that refused to sign on to the unity deal threaten the country’s precarious peace.

The National Salvation Front – led by former deputy army commander Thomas Cirilo – has accused the government army, including Machar’s forces, of attacking its positions this month in central and western Equatoria.

“The main aggressor seems to be the government. It’s full-on fighting, and the risk is that it will pull more fighters out of the current peace deal.”

Cirilo argues that the 2018 peace agreement was about dividing the national cake between the country’s two big political alliances and does not address issues around corruption, and the political role of smaller ethnic groups.

The fighting has displaced thousands, and forces loyal to Kiir and Machar are accused of executing civilians, committing rape, and looting – especially in Lainya, just outside the town of Yei.

“The main aggressor seems to be the government,” Boswell told TNH. “It’s full-on fighting, and the risk is that it will pull more fighters out of the current peace deal.”