A drought-stricken region of Uganda is still searching for answers several months after four people died and hundreds were sickened in an alleged food contamination case that has now become the subject of a lawsuit against the UN’s World Food Programme.

The Anti-Counterfeit Network, a Ugandan coalition of civil society groups, filed a lawsuit in the High Court on 14 June accusing the WFP of acting negligently in supplying the allegedly contaminated product, known as “Super Cereal”.

The filing also named the Ministry of Health for failing to safeguard the public against the allegedly contaminated food. No hearing has yet been set, but the parties named in the lawsuit have two weeks to respond to the allegations.

In the northeastern Karamoja region where the illnesses occurred, drought and rising temperatures have contributed to widespread food insecurity, with more than 500,000 people affected by food shortages and malnutrition rates of around 10 percent. 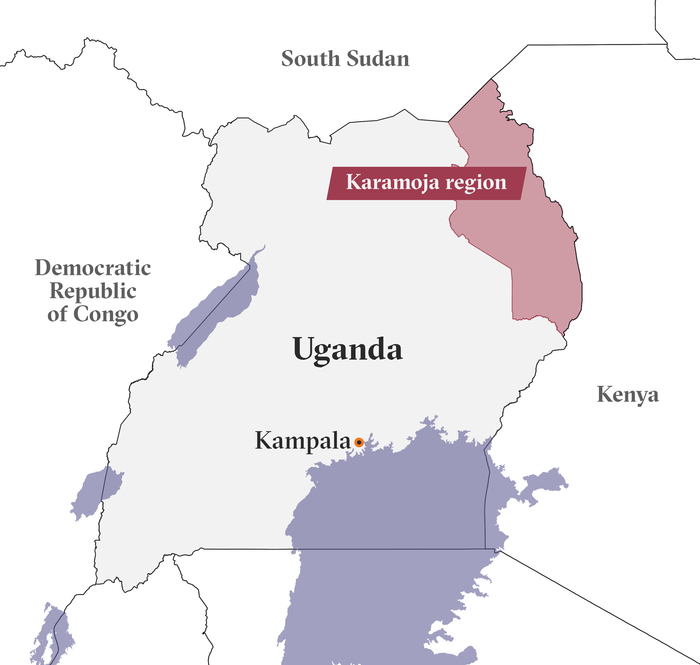 The Ugandan government’s Maternal Child Health and Nutrition programme provides Super Cereal to more than 40,000 children and pregnant and nursing women in the Karamoja region, according to monthly WFP reports.

Four people died and nearly 300 others were sickened after eating the fortified cereal in March in two districts of Karamoja – one of Uganda’s poorest regions.

Tests, which began shortly after people became sick, have so far failed to pinpoint the source of the alleged contamination.

“In our experience, contamination of WFP food is extremely rare,” Peter Smerdon, a spokesman for the WFP, told The New Humanitarian on 12 June, two days before the lawsuit was filed. On Tuesday, 18 June, he said the WFP had no comment on the lawsuit.

The Super Cereal, produced by Turkey’s Demirpolat Group, had been sent to operations in 24 countries before the WFP halted further worldwide shipments on 9 April. 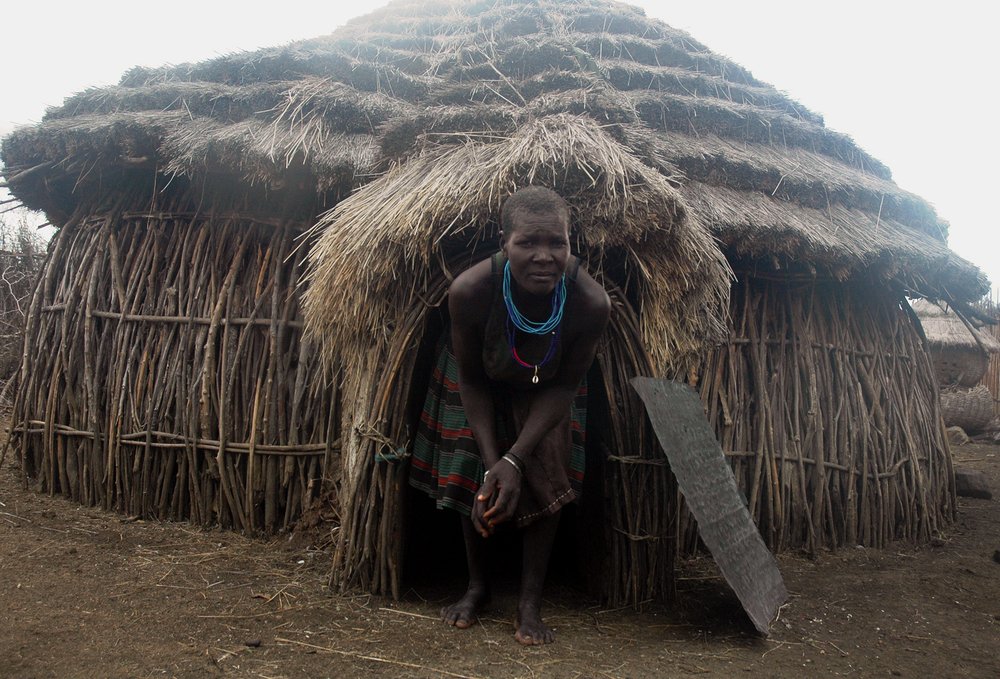 Samuel Okiror/TNH
Veronica Korianga, whose grandson died. Four people died and nearly 300 others were sickened after eating the fortified cereal in March.

No other illnesses have been reported outside of Uganda, although the WFP could not say how much of the Super Cereal had been distributed before supplies were halted.

The WFP has described the situation as “unprecedented”, and says it carries implications for its global supply chain as food supplies on hold amount to over 21,000 metric tonnes, with an estimated replacement value of $22 million.

Teresa Pulkol, a 28-year-old mother, collected the cereal after immunising her nine-month-old at Lotome health centre in Napak district.

“I prepared it for supper,” Pulkol, a mother of four, told TNH in Lobeei village, about 520 kilometres northeast of the capital, Kampala. “We ate and went to bed. At night I started feeling a serious headache, high fever, and abdominal pain.”

Although Pulkol survived, her 74-year-old grandmother and three-year old nephew did not. Ten other members of Pulkol’s family also became sick.

She said dozens of people in her village woke in the morning with an array of symptoms that included mental confusion, nausea, vomiting, and diarrhoea. More than 290 were treated across two Karamoja districts. 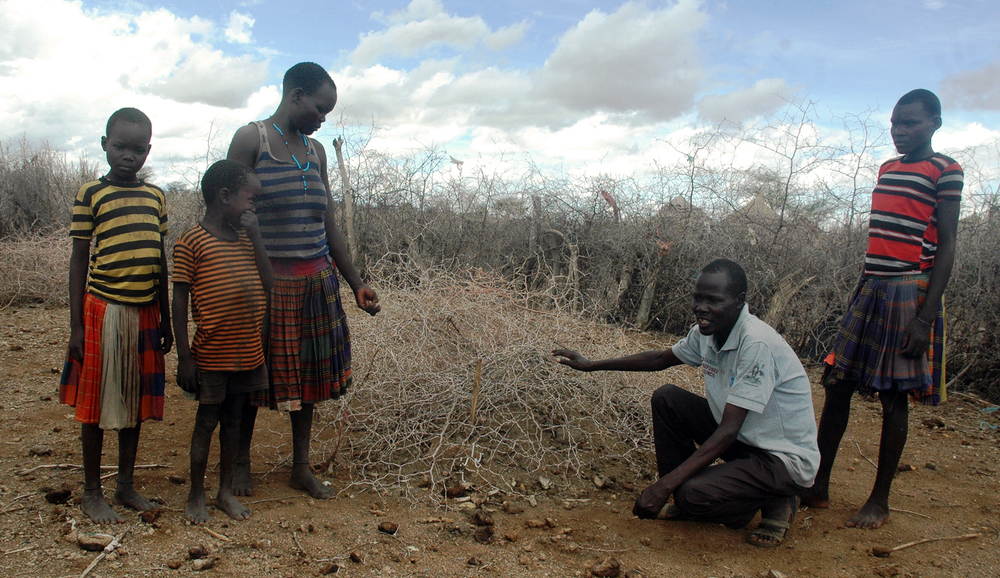 Samuel Okiror/TNH
Teresa Pulkol and children at the grave of their grandmother and great-grandmother.

“Everyone [nine members of her family] was feeling sick,” she said. “The children were running [around] like mad people or those possessed by evil spirits.”

The WFP provides the fortified cereal throughout 44 areas across Karamoja to improve nutrition among pregnant or breastfeeding women and children.

More than 2,400 tests* were conducted to investigate whether there were mycotoxins, heavy metals, pesticides, or microbial contaminants in the samples. One sample tested positive for aflatoxin, a poison produced by certain moulds, according to Uganda’s Ministry of Health. A handful of other samples tested positive for bacteria. Samples were tested in Kenya and South Africa.

The US Food and Drug Administration, meanwhile, also tested samples and detected traces of atropine, found in a family of plants including belladonna, or deadly nightshade. The alkaloids can cause nausea, blurred vision, delirium, and respiratory failure – broadly matching survivors’ symptoms after having eaten the cereal.

Seeds that contain atropine and other tropane alkaloids can become mixed in with crops at harvest time and contaminate flours and cereal mixes. A 2016 study by the European Union found tropane alkaloids in low concentrations in 20 percent of samples for “cereal-based foods for young children”.

Still, atropine hasn’t been identified as the sole cause of the alleged contamination that occurred over the course of several weeks in March.

The investigations are being led by a task force headed by the Ugandan Ministry of Health and including the WFP, the World Health Organisation, various government ministries, the National Bureau of Statistics, and the US Centres for Disease Control and Prevention, according to Smerdon.

Emmanuel Ainebyoona, a spokesperson for the Ugandan Ministry of Health, told TNH that autopsy results of the four people who died after consuming the cereal have also proved inconclusive.

The WFP is currently testing samples in other countries that received the Super Cereal from Turkey.

Smerdon said initial testing for a wider spectrum of toxins failed to show “unusual” findings, and that the WFP was now carrying out “untargeted testing”.

In a separate incident last year, the WFP discovered that 50,000 tonnes of Super Cereal it had purchased for nursing mothers and malnourished children in Somalia, Yemen, Bangladesh, and elsewhere was of substandard quality. Although the cereal was safe, it was found to be low in protein and fat.

Smerdon said results from that investigation are also still pending.

Pulkol, speaking while at her manyatta, a group of huts within a common fence, says she is still trying to recover from her illness and the loss of her grandmother.

Like many in the region, she depends on aid to survive.

“She was the breadwinner. She was the one providing for us,” said Pulkol, pointing at the grave of her grandmother. “She would use her monthly [senior citizen] grants to buy us food. She would go to her relatives to look for grains and bring [them back] for us.”

The grants amounted to about $14 every two months, but provided a lifeline, she said.

“I am struggling to take care of the children,” she said. ”It’s a difficult situation.”