The United Nations made a failed attempt to evacuate more than 5,000 Yemenis from near the country’s largest port of Hodeidah, which is facing an imminent assault, according to a UN operational plan obtained by IRIN and discussions with aid officials.

The attempt on 27 April to move civilians to safer areas where they could receive assistance flopped. In the end, only a handful of locals showed up and the rest refused to move. “The whole thing was a failure,” said one humanitarian official, speaking on condition of anonymity.

For the past three years Houthi rebels and their allies have been fighting forces allied with internationally recognised (but deposed) President Abd Rabbu Mansour Hadi and a Saudi Arabian-led coalition.

The battle for Houthi rebel-held Hodeidah appears to be inching ever closer, threatening to displace many in the city of 600,000 and further slow activity at the Red Sea port, which has historically brought in over two thirds of Yemen’s imports. On 14 May, the United Arab Emirates – the most active coalition member on the west coast – announced a new amphibious assault south of the port.

“It’s pretty clear that this is the real deal,” said Adam Baron, a visiting fellow at the European Council on Foreign Relations. “They are actually making legitimate momentum towards Hodeidah.”

Despite the initial failure, UN officials and aid workers suggest such evacuations could become a significant new relief tactic in Yemen, where 22 million people need aid, more than eight million are severely short of food, and the looming battle at Hodeidah threatens to take the crisis to another level.

Moving civilians out of harm’s way is a “last resort” in the humanitarian toolbox – and the plan in Yemen would have been risky, analysts say.

“Any sort of movement of civilians has to be voluntary,” said Sahr Muhammedally, Middle East and North Africa director at CIVIC. “It has to be a consultative process in these areas, with local communities, local NGOs, to see whether people will leave as they will want to know where they will go, when they can return, and what happens to their homes left behind.”

Others in the humanitarian community believe the UN and aid agencies were getting ahead of themselves by planning evacuations, and said more pressure should be applied to avoid a battle for the city.

“The onus is very much on the parties to conflict to avoid causing displacement to the civilian population,” said Jenny McAvoy, director of protection at US NGO alliance InterAction. “It seems to be putting the cart way before the horse to talk about evacuation when the conversation and the issues that humanitarians should be raising must be about the parties to conflict avoiding displacement.”

The UN operational plan, obtained exclusively by IRIN, states that the relocation effort was coordinated by the UN after a request from the Houthi-controlled National Authority for the Management and Coordination of Humanitarian Affairs (NAMCHA) to help 1,600 households “trapped between front lines” as of 14 April.

It says that by 20 April violence had intensified in several areas in southern Hodeidah province, which runs along the Red Sea, prompting the action. 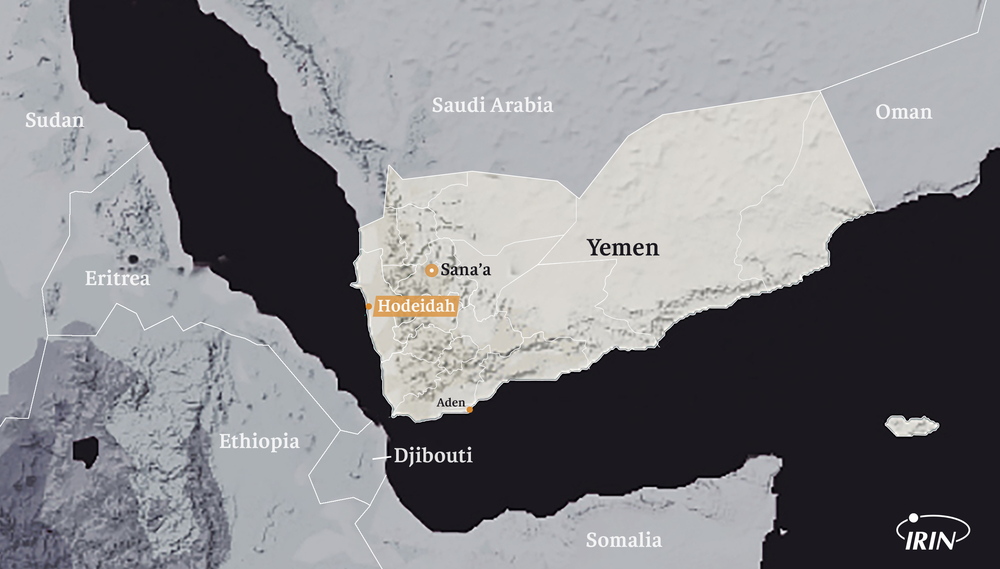 After some civilians were able to flee under their own steam, the UN planned to assist another 800 households that remained stuck in Hays district, near battle lines south of the port (the UN estimates an average of seven people per household, hence the 5,000+ figure).

Trapped civilians were to be taken from a “mustering point” to a “humanitarian service point” around 40 kilometres from the front lines where emergency aid – including food, blankets, kitchen supplies, and medical assistance – would be provided. They were also to be given rental subsidies and money for transportation, although where they were to go after is unclear.

Several aid agency officials, speaking to IRIN on condition of anonymity because of the sensitivity of the matter, said the route was also to be “deconflicted”, meaning discussed and agreed with the Saudi-led coalition so they could put it on a no-strike list.

The UN was supposed to be joined by by partner agencies including Save the Children, Oxfam, and Action Against Hunger (ACF), IRIN understands. The Norwegian Refugee Council, which has a 64-page policy on if and how to do wartime evacuations “did not commit to a role”, according to an official.

The Geneva Conventions include the possibility of civilian evacuations, but the International Committee of the Red Cross (ICRC), which acts as the guarantor of the conventions and would typically assist in such cases, said it had not been involved.

Several UN and aid officials told IRIN the plan fell flat because locals were not consulted and because no one made a clear case to the residents to explain why they should leave their only source of livelihood – their land.

“Some families refused to leave, basically because they don’t know what’s happening tomorrow, and they don’t want to leave their homes and everything they have in this life,” said Anas Shahari, a spokesman for Save the Children in Yemen.

The planning document does not mention consultations with locals ahead of the evacuation. It concludes that evacuees would move on to unspecified “final destination sites”, although they were to receive money towards rent and transport.

The evacuation would have been the first of its kind by the UN in Yemen, but the world body has performed them elsewhere.

In Syria, the UN’s involvement in a hasty and flawed “evacuation” in 2014 from Homs' Old City fell below acceptable standards, even tolerating the screening of evacuees by internal security agencies, a review found.

In sharp contrast to the Yemen situation, plans for evacuations in Central African Republic the same year involved broad consultations with armed groups and took into account the views of the people at risk, but delays in actually carrying them out meant they came too late, although they likely saved lives.

Those critical of evacuations point to studies saying they run the risk of making aid agencies auxiliaries to the warring parties, or worsen vulnerability in the long-term and can ultimately put people at even more at risk.

"If people do decide to leave, it still does not negate the obligation of parties of the conflict should fighting erupt to take all precautionary measures to minimize harm as there may be some who did not leave,” Muhammedally added. “One cannot automatically assume a combatant status of those who decide not to leave.”

In Yemen, the plan created unease both inside the UN and among its humanitarian partners, according to several high level sources.

Some humanitarians feared moving civilians from the path of coalition and allied forces could be seen as clearing battle space, or give the appearance of benefiting the Saudi-led coalition.

At the same time, the Houthis could potentially take advantage of the operation to position civilians in strategic locations, or use deconflicted zones to their own advantage.

“We know evacuations have taken place in Iraq and other conflict-affected countries with lessons from which we can learn, but this won’t necessarily mean the evacuations model can or should be replicated in Yemen,” said Suze Van Meegan, an adviser with the Norwegian Refugee Council based in Yemen.

“Humanitarian actors in Yemen are very conscious of the ethical maze involved and will continue to assess situations on a case-by-case basis.”

The UN’s humanitarian efforts in Yemen are heavily funded by the coalition itself – most recently a one billion dollar infusion from Riyadh and the UAE received in March. At the same time, the UN’s human rights office says more than 60 percent of nearly 16,500 civilian deaths and injuries monitored since March 2015 were due to coalition airstrikes.

The battle for Hodeidah

UN and other aid agency officials were loathe to speak about the evacuation on the record. The UN’s humanitarian coordinator, Lise Grande, did not respond to IRIN’s request for comment. In March, Grande officially moved to Yemen from Iraq, where she had held the same position during the fight against so-called Islamic State and as millions were displaced from cities like Fallujah and Mosul.

A spokesperson for OCHA, the UN’s emergency aid coordination body, told IRIN they were “not in a position to confirm or deny” information about the attempted evacuation in Hodeidah.

Speaking on the condition of anonymity, a UN official did tell IRIN they were preparing for the possibilities of a battle at Hodeidah.

“If the conduct of hostilities on the west [Red Sea] coast continues, what I can tell you, the humanitarian community has plans… as humanitarians we are ready to respond to every eventuality.”

A battle for Hodeidah has been a possibility for years, and aid agencies have warned that a fight for the city will lead to catastrophic consequences, not only for the civilians who live nearby, but for millions of Yemenis who rely on the goods its port provides.

Now, thousands of coalition fighters are reportedly advancing towards Hodeidah from the south.

While Yemeni military officials opposing the Houthis have said the advance will avoid entering densely populated areas, the province is home to nearly three million people.

Late last year, the UN's refugee agency, UNHCR, told IRIN that an intensification of conflict in Hodeidah could lead to large-scale displacement of anywhere between 100,000 to half a million people. Some two million people are already displaced in Yemen.

(TOP PHOTO: Yemenis gather next to a water tank to collect water in an impoverished coastal village on the outskirts of the Yemeni port city of Hodeidah, on 12 May 2018. CREDIT: Abdo Hyder/AFP)