Politicians, aid officials, and health experts are once again mulling a cholera vaccination campaign in Yemen, but negotiations appear to be stuck on whether there’ll be enough doses available to render it effective.

Yemen is currently in the midst of a cholera outbreak that, by the World Health Organisation’s latest count, has killed 2,167 people since the end of April and is suspected to have infected 841,906.

In June, as the disease killed one person an hour and the WHO deemed its spread “unprecedented”, the International Coordinating Group – the body that manages the global stockpile of emergency cholera vaccines – decided to deploy one million doses of the vaccine to Yemen for urgent use.

The plan was soon walked back, amidst questions about the vaccine’s efficacy at such an advanced stage in the outbreak, as well as – IRIN can now report – concerns about the number of doses available.

But aid agencies, technical experts, and health ministries from the country’s two warring governments are once again in talks about how vaccines might help prevent cholera, particularly into 2018, when heavy rains are expected by March and experts fear a new wave of the disease.

“We don't have any reservations over addressing the needs of the Yemeni citizen [with vaccines],” Dr Ali al-Walidi, deputy minister of public health and population for the Aden-based government of the deposed (but internationally recognised) President Abd Rabbu Mansour Hadi, told IRIN.

“The ministry does not oppose organising a cholera vaccination campaign once [more] vaccines are available,” he added.

In June, the WHO facilitated a request from Yemen for 3.4 million doses of the oral cholera vaccine. The ICG approved one million – the largest single shipment since the stockpile was developed five years ago.

Al-Walidi told IRIN that “the provision of vaccines was delayed [in] July because [only] one million vaccines were at hand.”

At the Sana’a-based Ministry of Public Health, run by an increasingly fractured alliance of Houthi rebels and loyalists of former president Ali Abdullah Saleh, spokesman Dr Abdulhakim Alkuhlani told IRIN that “for 2018, the issue [of vaccines] is under discussion.” He said the decision to stop the shipment earlier in the year was “a scientific group decision… not a political decision and not a security decision.”

Among the concerns he listed was that the “low effectiveness of the OCV [Oral cholera vaccine] may affect the trust of the community about other routine vaccines for children.”

But another source in the Sana’a ministry, who requested anonymity, told IRIN that the relatively low number of doses available remained a bone of contention. 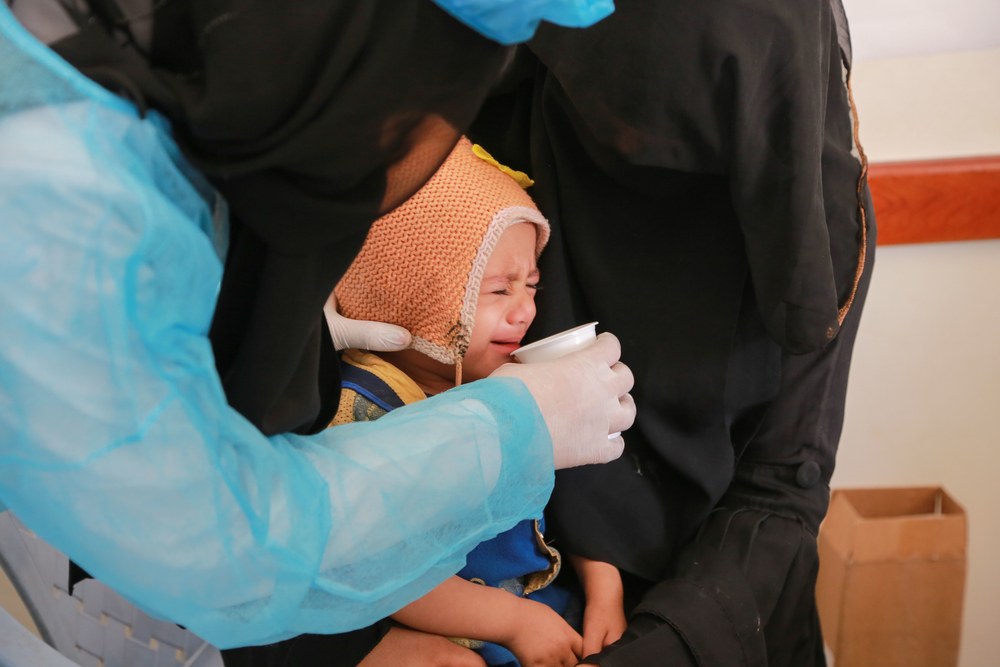 A high-ranking aid official involved in the cholera response, who also spoke off the record, told IRIN it was important to begin immunising as soon as possible, even if a less than ideal amount of the vaccine is immediately to hand.

The original 3.5-million-dose request was “unrealistic” as there were only two million doses in stock globally at the time, the official said.

Given that 900,000 doses of the oral cholera vaccine have just been sent to Bangladesh to counter the possibility of an outbreak among Rohingya refugees sheltering in unsanitary conditions, not to mention the need in other countries, the official said a “step-by-step” approach of delivering vaccines in Yemen would make the most sense.

“I would go for something [in Yemen]… initially like vaccinating half a million as a first step, see how it goes, see how it works… and then step up. We don’t have a lot in stockpile.”

The official emphasised that vaccine manufacturers need lead time to make the vaccine – so the request to the ICG, which must come from Yemen, should be made sooner rather than later.

Vaccines apart, officials from both health ministries emphasised that other major factors are vital to tackling the ongoing outbreak: improving water, sanitation, and hygiene conditions that have been decimated by war. Alkhulani said vaccination was the “least important” strategy in the toolkit available for fighting cholera.

But, the official added, those “conditions are not going to improve overnight…  and if you want to prevent the next peak you need to protect people, as many as you can.”

Any vaccination campaign would need to target the areas hit hardest by cholera – both so that the warring parties are comfortable with an equitable distribution and to ensure effectiveness.

This may be a problem – despite the trumpeting of numbers of suspected cholera cases in headlines, the data is simply not there. 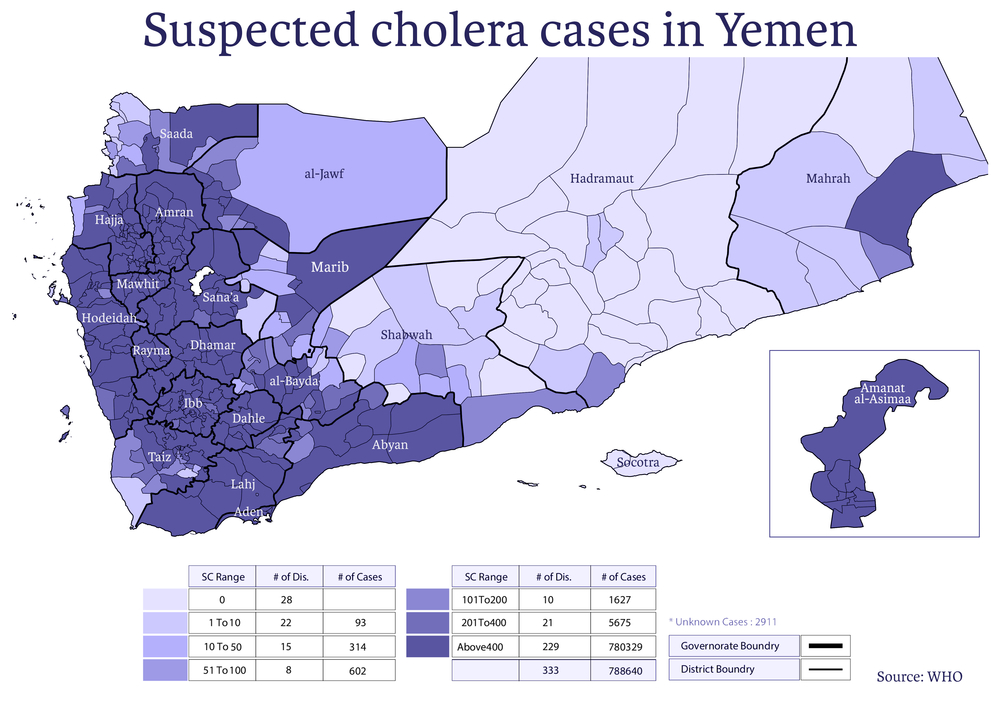 “Today we don’t have a very clear picture of where have been the most affected areas by cholera,” the official said.

This is not unusual in large outbreaks of cholera – mild diarrhoea can resemble acute watery diarrhoea, and the latter counts as a “suspected case” in the WHO’s definition of the disease.

The official said that given the ramshackle state of Yemen’s healthcare system, it’s also likely that patients with other issues are going to cholera or diarrhoea treatment centres because it’s the only help available, and ending up erroneously in the overall count.

IRIN understands that aid agencies are bringing more rapid diagnostic tests into the country and scaling up other testing facilities to get a more accurate picture of the situation.

Despite being on opposite sides of a long and bitter war, officials from the rival health ministries seem confident that any vaccine campaign – if it went ahead – could be done on the basis of need.

“[Vaccines] will be delivered to all governorates and targeted areas under a suitable atmosphere and at the appropriate time,” said al-Walidi of Hadi’s health ministry.

Alkuhlani of the Sana’a based ministry was of the same mind, telling IRIN: “We do not have any concerns about [equity of] distribution.”