A significant chunk of Manhattan came to a virtual standstill earlier this week as thousands of delegates, media representatives, and leaders and their entourages from around the world converged on the UN for a highly anticipated summit on refugees and migrants. The build-up to Monday's event had been immense, but it yielded few surprises. Its main outcome – the New York Declaration – has been public for longer than a month and widely panned as a watered-down document that commits member states to very little.

As expected, speeches were made – lots of them. Ministers from each member state took turns to call for more responsibility sharing on refugees, more rights for migrants, more education for refugee children, and more funding for humanitarian assistance. A few countries made announcements about additional resettlement places and scholarship opportunities, and new initiatives to open up labour markets to refugees and migrants. But there were no major challenges to the status quo and the biggest hope the summit held out was the possibility of more fundamental change after another two years, when two global compacts – one on refugees and another on migration – are due to be adopted.

According to the UN’s refugee agency, UNHCR, the adoption of the New York Declaration by 193 member states was a historic achievement. The high commissioner for refugees, Filippo Grandi, said it represented “a political commitment of unprecedented force and resonance” that would fill “a perennial gap in the international refugee protection system – that of truly sharing responsibility for refugees”.

While few commentators agreed with this assessment, most did at least applaud the fact that world leaders had convened at the highest level to talk about refugees and migrants. “That shouldn’t be understated,” said Alexander Betts, director of Oxford University’s Refugee Studies Centre, who nevertheless viewed the event as a largely wasted opportunity that has deferred urgently needed reforms of the global refugee system.

Why wait another two years?

“What I don’t accept from what we’ve seen at this conference is that we can just have a blind faith that the declaration automatically leads to two global compacts, which automatically leads to operational change through comprehensive response plans,” Betts told IRIN. “Why do we need such a circuitous route to get there? We should have been finding those solutions here and now.”

"For us, the question is how it will differ from the usual response"

“This summit definitely didn’t provide us with the solutions the world needed,” agreed Josephine Liebl, a humanitarian policy adviser with Oxfam. “But it did put something on paper that we can hold up to governments and use to put pressure on them.”

While the compacts will be developed over the next two years through a process that is still unclear, UNHCR is expected to start implementing a Comprehensive Refugee Response Framework by the end of the year.

“For us, the question is how it will differ from the usual response,” Liebl said.

Jeff Crisp, former policy chief at UNHCR, also wondered whether the framework represented a substantially new approach, saying: “The [framework] is essentially a synthesis of existing ideas, some of which are relatively new, such as addressing the needs of host communities from the beginning of a refugee emergency, and others which have been on the table for a very long time such as ensuring the engagement of development agencies."

View from the south

Voices from the Global South pointed out that countries in Africa and elsewhere have been hosting the majority of the world’s refugees for decades with little fanfare or interest from the developed world.

“It’s a very northern-centric discussion, and the whole issue became a crisis to the point of states agreeing to this kind of summit because of refugees and migrants reaching Europe,” said Roshan Dadoo, director of the Consortium for Refugees and Migrants in South Africa. “The problem is that the Africa group is pretty weak and they don’t push as hard and they end up taking on the borders of Europe, which seem to be moving further and further south.”

Detainees at a migrant jail in Zawiya, Libya 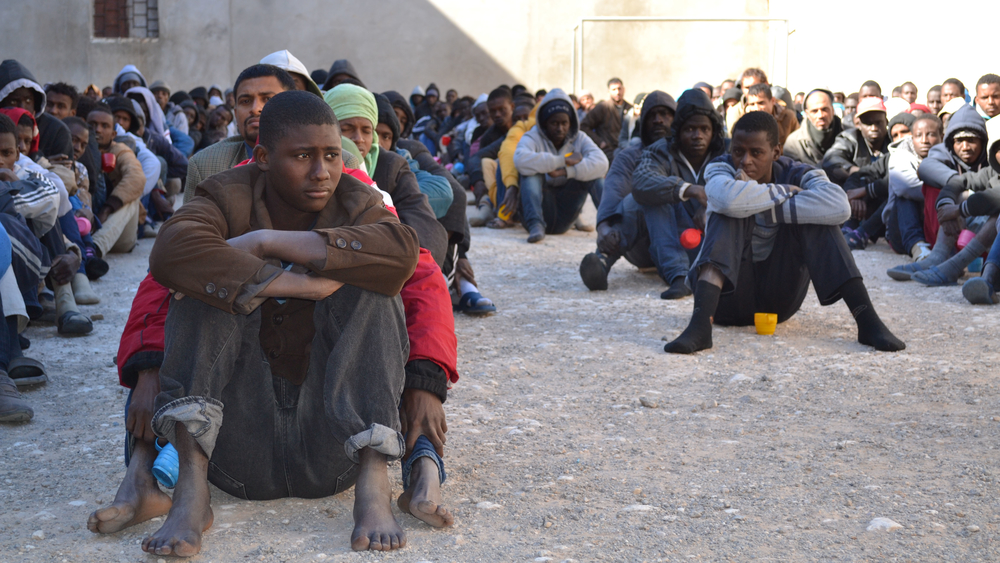 Mathieu Galtier/IRIN
Detainees at a migrant jail in Libya

“It’s a big show here, but on the ground people are suffering,” said Milka Isinta, co-chair of the Nairobi-based Pan-African Network in Defense of Migrants’ Rights, addressing a small rally across the road from the UN on Tuesday morning.

“Kenya’s been hosting refugees for more than 30 years and rich countries don’t want to take responsibility,” she told IRIN afterwards. “Developed countries need to do much more.”

Refugee pledges, but what about migrants?

For the most part, leaders used both the UN summit and the Leaders’ Summit on Refugees convened by President Barack Obama on Tuesday, as an opportunity to emphasise what they were already doing to support refugees rather than to announce new initiatives.

Those new pledges that did emerge from the leaders’ summit will have to be followed up by the administration that succeeds Obama and for which refugees may be viewed as more of a security threat than a priority.

Despite the declared joint focus of the UN summit on refugees and migrants, there was a strong suggestion by some countries that “if we want to help the refugees, we have to keep out the migrants”, noted Liebl.

Addressing the General Assembly, British Prime Minister Theresa May gave the game away as she listed the UK’s contributions to supporting Syrian refugees and then referred to the “unprecedented movement of people in search of greater economic opportunities” in the context of the need for more border controls.

“Countries have to be able to exercise control over their borders,” she said. “The failure to do so erodes public confidence, fuels international crime, damages economies and reduces the resources for those who genuinely need protection.”

Betts commented that UNHCR has done little to champion the protection needs of people who don’t qualify as refugees. “UNHCR didn’t want to discuss those people,” he said. “One senior staff member said that they didn’t want to fudge the line between refugees and migrants because it would fudge the line between what UNHCR does and what IOM (the International Organization for Migration) does.”

In general, Betts was critical of what he called a lack of “visionary purpose and proactive leadership” from the UN.

“I accept there are political constraints and UNHCR in particular is in a very difficult position in the current political climate, but what I think is really missing and urgently needed is a vision for what a global refugee system should look like that’s not reactive but is proactive – and that has to come from the UN system.”

In the absence of that leadership, he added, the best hope is that civil society organisations, the private sector and a handful of the more proactive governments find a way to “work around the system”.