Read about what we achieved.
YANGON

More than 5,000 civilians in Myanmar have been displaced in the past couple of weeks by heavy fighting between two ethnic armies, one of which signed a recent national ceasefire accord while the other was excluded.

The Nationwide Ceasefire Agreement, which was signed last October and aimed at ending 60 years of civil war, has fallen far short of its objective. Only eight of 15 groups invited to sign did so, while others were not allowed to take part in negotiations.

Myanmar's semi-civilian government, which took power in 2011 after 49 years of military rule, launched a peace process as part of a sweeping political and economic reform programme. But rather than creating the conditions for peace, some critics say the NCA has exacerbated tensions between groups that signed and those that didn’t, which has led to the current clashes.

There is hope that the new government led by Aung Saan Su Kyi's National League for Democracy, which won a landlside victory in Myanmar's historic November elections,  will strengthen the peace process. But Suu Kyi and her party will have no authority over the negotiations, which are led by the military.

Some have even accused Myanmar’s military, known as the Tatmadaw, of cynically using the NCA as a strategy to weaken ethnic armed groups by dividing them against each other.

The United Nationalities Federal Council, an umbrella organisation for nine groups that did not sign the accord, accused the military of using the NCA as a “military and political weapon”.

“We strongly condemn the current government and Tatmadaw’s acts of causing racial hatred among the ethnic nationalities, with the military-political strategy of divide and conquer,” the UNFC said in a statement on Monday.

The military has no spokesperson and rarely speaks to media. But Radio Free Asia reported that a member of the military’s NCA negotiating team had told one of the main rebel groups, the Restoration Council of Shan State, to withdraw fighters from areas where it has been taking on another ethnic armed group, the Ta’ang National Liberation Army.

The RCSS has signed the peace agreement, but the TNLA was excluded.

Clashes broke out in the Shan State townships of Kyaukme on 7 February and Nahmkan on 9 February, according to the UN emergency aid coordination body, OCHA. Relief supplies have been provided to about 4,000 displaced people in Kyaukme, but aid groups are having trouble reaching another 1,200 people in Nahmkan because of the conflict, OCHA said in a report on Tuesday. 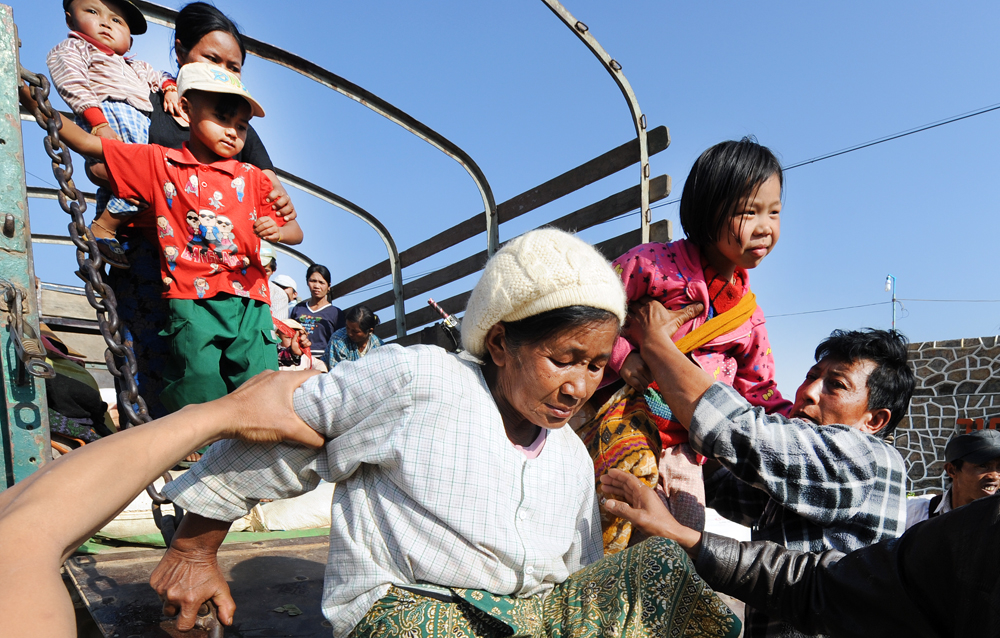 The RCSS was not available for comment, but the TNLA says its rival has increased its troop presence in Kyaukme and Nahmkan from about 80 to 1,700 since signing the accord.

“They come and try to control the TNLA and the areas where we stay,” Tar Panla, a TNLA spokesman, told IRIN. “If they withdraw, there is no need to fight anymore.”

Tom Kramer, a Myanmar researcher with the Amsterdam-based Transnational Institute, said the military must have allowed the RCSS to reinforce its presence in northern Shan State.

“Would this have been possible before the NCA? I don’t think so,” he told IRIN.

Kramer said the NCA negotiations must be opened up to all of Myanmar’s more than two dozen armed groups if it is to be a meaningful tool for achieving peace. If not, the agreement may be used by the military to turn groups against each other.

“It is an old pattern of divide and rule, a long-standing Tatmadaw strategy,” he told IRIN. “This whole NCA has been set up for failure.”

The recent clashes and reports of abuses against civilians have alarmed members of the international community that back Myanmar’s peace process.

The United States embassy said in a 19 February statement that it was “particularly concerned by alleged human rights violations targeting ethnic Shan and Palaung communities”.

The European Union, which funds the government-led Myanmar Peace Center in leading negotiations, warned on Tuesday that the fighting “undermines trust” essential to peace and reconciliation.

“Reports of forced recruitment of civilians by armed actors, rearmament of certain groups and the alleged use of landmines are deeply disturbing,” the EU added.