With a bill aimed at ending a decades-long Muslim separatist insurgency in the southern Philippines floundering in congress, observers warn that failure to pass the legislation could reignite the conflict.

Analysts warn that the peace agreement could fall apart if the stalemate continues much longer.

“It is the younger factions that may be waiting in the wings who are in danger of going back to fighting and exposed to other foreign armed groups,” said Casiple.

There is also rising discontent with the peace process on the government side, especially since the battle in January when police commandos strayed into a rebel-held territory while pursuing suspects in the 2002 nightclub bombings in Bali, Indonesia. 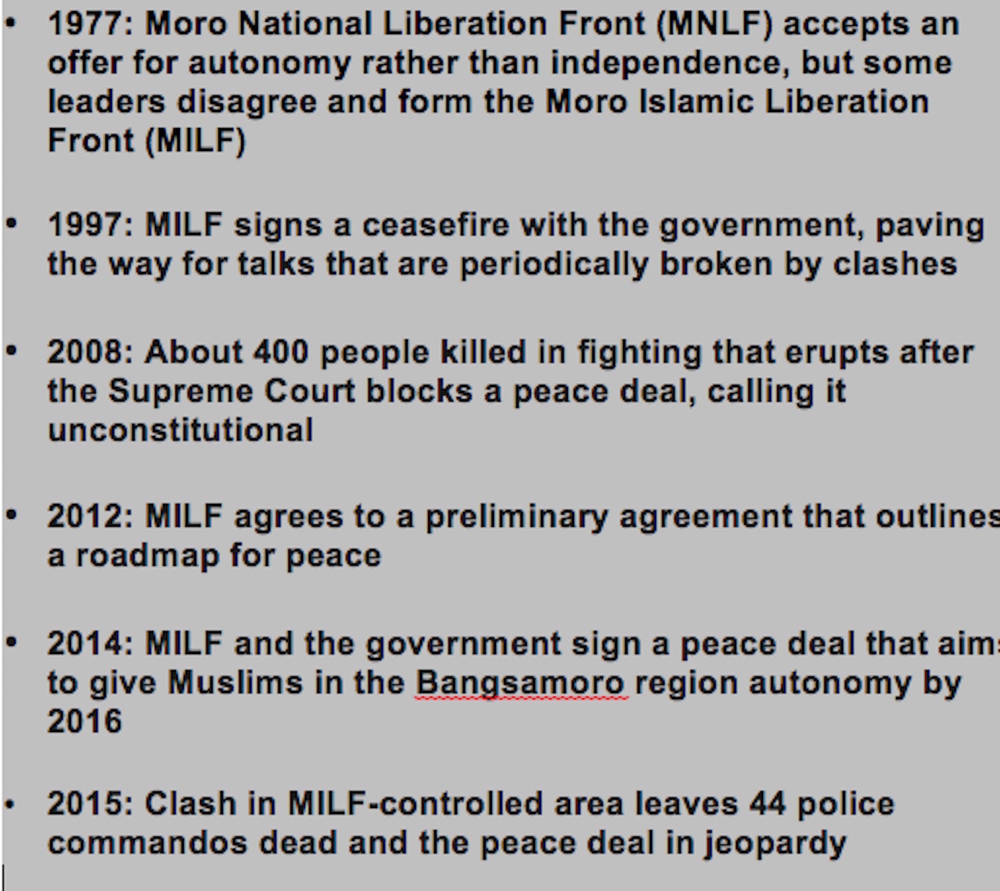 “Armed conflict will ensue; blood will be shed,” said senator Ferdinand Marcos Jr., the son of Ferdinand Marcos whose military-backed government was ousted by mass protests in 1986, in a speech on Wednesday.

The younger Marcos argues that the BBL is unconstitutional because it would create “a state within a state”.

He urged the government to press ahead with the deal, which he characterised as the last chance for peace after 17 years of negotiation.

He said that the younger, “more radical” generation of fighters would be more likely to take up arms again in pursuit of a separate state.

Julkipli Wadi, a political science analyst at the Institute of Islamic Studies in Manila, told IRIN that Iqbal’s warning was a calculated move aimed at pressuring lawmakers to pass the bill. But he added that it was also a valid observation.

As politicians debate the BBL, about 32,200 people remain displaced by January’s violence. They remain in limbo, afraid to return to their houses for fear of renewed fighting. 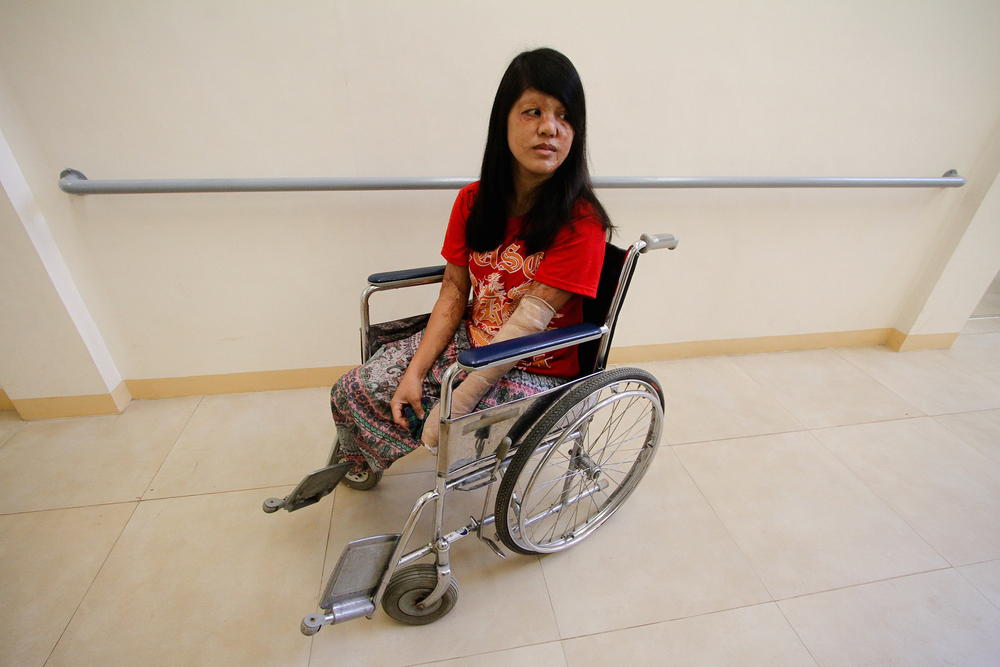 Civilian victims of the conflict like Kimberly Pascua, 18, are a constant reminder of the consequences of returning to war.

“I hope this time, peace holds and there would be less fighting and less children to be caught in the middle,” she said. “I lost my legs to the conflict, and I wish no more children suffer like me.”