Frustrated by their living conditions, refugees and other migrants are streaming into towns in eastern Cameroon in search of jobs and a fresh start. But there are concerns in the region about the impact of the new arrivals in urban areas and emerging tensions between the newcomers and existing town-dwellers.

Some 226,000 people have fled CAR to neighbouring Cameroon, Chad, the Democratic Republic of Congo and the Republic of Congo since December 2013. Of the four host countries, Cameroon has the largest number of refugees.

Moving to the towns

Since the beginning of 2014, more than 80,000 Central Africans have fled the worsening violence in their country, crossing the border into Cameroon. Many are being settled in villages, but for some, eastern Cameroon’s towns hold more appeal.

“The migration of refugees to urban areas complicates efforts to protect them and build an accurate picture of the refugee population in the region,” warns Faustin Tchimi of the Cameroon Red Cross in Bertoua.

“There is a migration of refugees to Bertoua urban, but it is difficult to know the number of refugees present in the town,” Tchimi points out. “Already, the refugees living in camps and villages are a major challenge to humanitarian workers who cannot provide sufficient care and security to all.”

Augustin Bolly, head of refugees in Guiwa camp II in Cameroon’s east, told IRIN that “many refugee men left the camp to Bertoua and have never returned, neither have we heard from them since.” The information that comes back is not encouraging. “Some simply went to buy goods to start small businesses in Guiwa,” says Bolly. “We learnt that they were detained.”

Authorities in eastern Cameroon say it is difficult to know exactly how many refugees have gone into towns. But they warn of security problems that have to be addressed.

“The movement of refugees to Bertoua is a major concern to public authorities and we are putting in place a plan on how to manage their presence and ensure security,” said Irenee Galim Ngong, the prefect of the Lom and Njerem districts of Bertoua.

Security officials in Bertoua blame incidents of insecurity on the foreigners and say they have ramped up patrols. Alim Aboubakar, a police commissioner in Bertoua, described the refugees causing trouble as “young men who are trying to survive through odd jobs, stealing and even committing armed robbery.”

Some local residents complain of incidents of violence by migrants. “I have been a victim of two cases of aggression by migrants,” said Bertoua resident Umaru Sanda. “Many people are complaining.”

Police commissioner Aboubakar said at least five migrants were being arrested every night for petty crimes or armed aggression.

According to reports from Bertoua, in one incident a Central African national got in a fight with local residents, taking out a machete, cutting off the hand of a policeman trying to intervene and wounding four other people.

The tensions are nothing new. Last September, a confrontation erupted between refugees and residents as a group of refugees abandoned their camp and marched to villages, prompting the military to intervene to stop the refugees from going to Bertoua town.

At the Bertoua Central Prison, a warden who spoke to IRIN on condition of anonymity said that 32 migrants of different nationalities had recently been brought to the prison, but had no details on the number detained, beyond confirming: “we have many refugees in our keeping.” 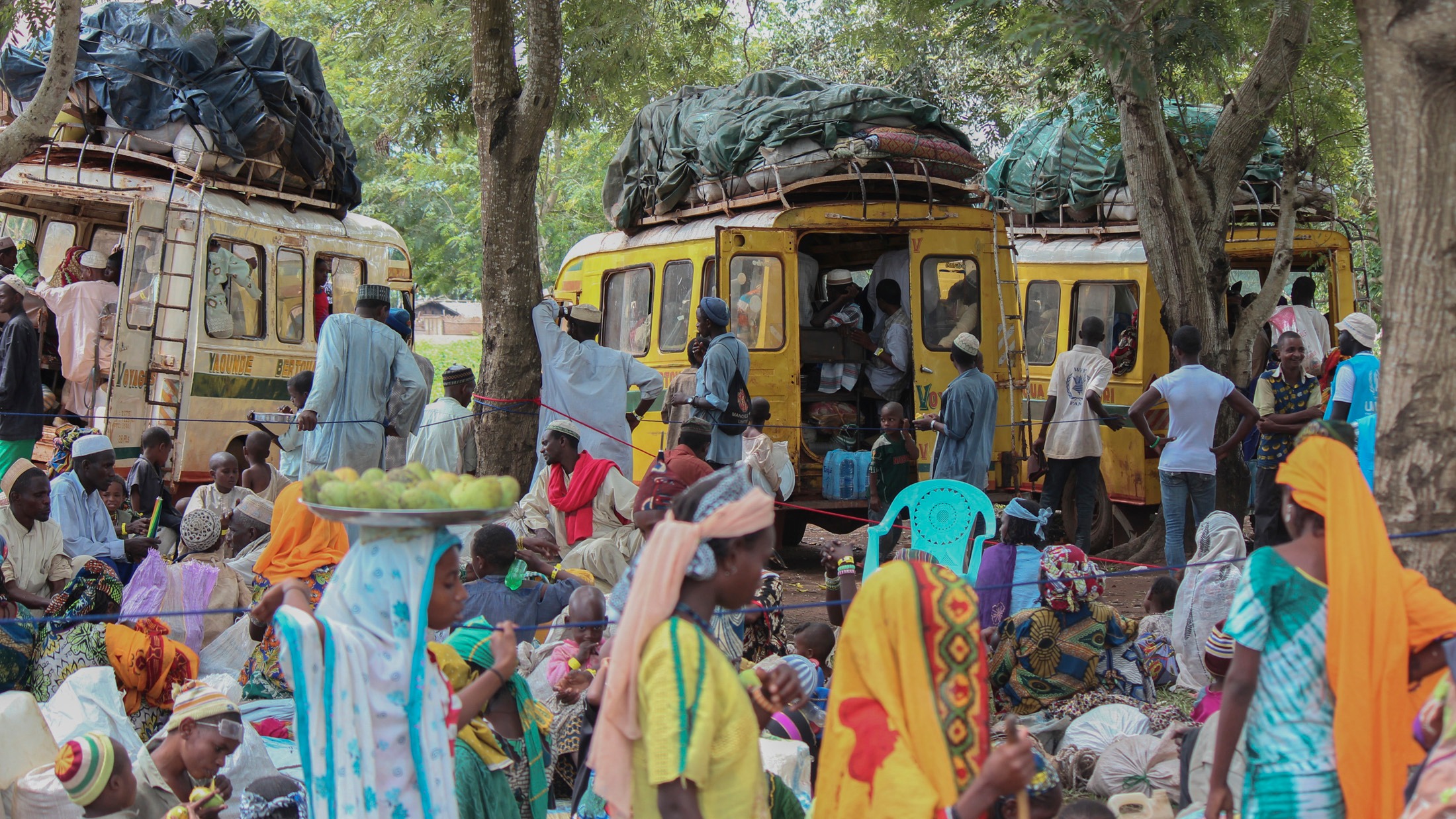 The warden said those arrested were detained. Attempts had been made to get their cases looked at by the UNHCR, but he explained that the refugee agency had struggled to identify most of the prisoners, leaving their status unclear and making it difficult for them to receive protection.

Looking for a better life in town

While the prospects of getting work draws many refugees into towns, lack of proper documentation and little or no job skills expose them to exploitation and detention, making their survival more difficult. But those who used to live in cities back home find life in the refugee camps and villages unbearable.

“I cannot stay in a village where there is no electricity, water and very poor housing conditions,” explained high school student Jodel Tanga, who had left a camp in Mborguene in the east of Cameroon for Bertoua eight months ago.

“Here, I know I can work and maybe have the means to go back to school one day,” said Tanga “I dodged police checks to get to the town. Many other refugees were caught while travelling from the camp to Bertoua and have never been heard of again.” Tanga pointed out that check-points have since been reinforced and it is now more difficult to reach Bertoua.

Surving “against all odds”

Baba Karim, 26, has been working as a motorcycle taxi rider for three weeks in Bertoua. Karim admitted he does not yet know the city properly. “I don’t know the names of places so I depend on clients and fellow riders to direct me,” Karim acknowledged, but stressed his determination to succeed. “I must survive against all the odds”.

Karim said he had never lived in a refugee camp before. “What is there for me in a refugee camp? Nothing. People there don’t have real lives; they depend on aid workers and live in the open.”

He explained that he lived in a building still under construction with four other refugees, who are also after menial jobs, sometimes getting hired by builders working on the site.

As a motor cycle taxi rider, Karim gets a daily income. “I make at least 5,000 francs (US$ 10) each day and give 3,000 francs to the motorcycle owner.” But there are hazards. “Some days I end up losing all the money because I have to bribe my way out of police detention.”

Some detained migrants have been forced to give incriminating testimony.

“I have been detained about five times for lack of identification papers but later released due to the fact that the police were frustrated with me and also because I am still young,” said 16-year-ld Hassan Abu who works as a porter.

“But in their custody they force you to say what you might not even have a clue about. I know of other refugees from Congo and CAR who have been made to testify and are in prison today.”