More than a year after France’s military intervention drove out Islamist militias, northern Mali appears to have regained some stability. However, Malian refugees at the Mentao camp in neighbouring Burkina Faso are wary of going back, citing security problems and unresolved political issues.

At the same time they lament that deteriorating camp conditions and the poor quality of life are forcing some to return.

“When you talk about food, water and health, we are in a very bad situation,” said Almahi Ag Almouhak, who heads a committee of the southern sector of the Mentao camp near Burkina Faso’s northern town of Djibo.

The camp is home to around 12,000 Malian refugees. Djibo has been a sanctuary for Malian refugees since the early 1990s when insurgencies in northern Mali led to a long period of instability and violence. The same migration recurred in January 2012 as Mali tumbled into conflict once more. Mentao was rapidly refurbished and brought into service and took in its first wave of new arrivals in February 2012.

“In the past, if the poorest of us had run out of food, we would organize contributions to help out. But now everyone is in the same predicament. We have nothing to spare. In the past, you would see refugees heading into the market in Djibo to buy supplies. But now no one has got credit,” Almouhak said.

The refugees raise other concerns: the quality of medical care, the sometimes-intrusive security presence, the lack of entertainment possibilities for the young. But mostly they complain about food rations, arguing that monthly allocations of rice, oil, corn-soya blend, salt and “top-up” cash payments are inadequate and poorly scheduled.

In January 2014, following consultations with the refugees, the UN Refugee Agency (UNHCR) and the World Food Programme (WFP) started combining food rations with cash distributions. Refugees were handed a monthly payment of 3,500 CFA francs (US$7) to buy much-requested items like milk, condiments and meat, supplementing the rice and other rations received from WFP.

But refugees in Mentao (and elsewhere) say the scheme has not worked, pointing out that the cash meant to compensate for halving the 12kg monthly rice rations is insufficient. “What we get is not nearly enough,” said Almouhak.

“When you hear about refugees going back to Mali, it is not because they feel secure enough to return, it is because of hunger,” said Mohamed Ag Mohamed Ibrahim, the deputy head of Mentao’s southern sector committee.

Despite the 2013 elections that ended Mali’s post-coup transitional government and brought in a new president and parliament, Mentao residents are wary. There are still sporadic attacks and ambushes around key northern cities like Timbuktu, Gao and Kidal. The refugees also talk disparagingly about a seemingly grounded peace process, with no real dialogue between the government and the Tuareg- separatist National Movement for the Liberation of Azawad (MNLA).

“Nothing is on the right path,” said Daouad Ag Ghali, a Mentao resident. “None of the meetings between the different parties [government and rebel movements] has produced anything.”

But some internally displaced people and refugees have been going back and taking on the challenges of restarting their lives, with the backing of the Malian government.

Others at Mentao say the camp will be deserted en masse within a month if conditions do not get better regardless of concerns about security back home.

“You find people organizing collections,” said Almouhak. “They will get enough money together, find themselves a truck and then go. Many simply want to find the animals they left with friends.”

“It has got to a stage where people here are selling off the mats they sleep on to get some extra money,” Ibrahim pointed out. “We are pastoralists but we don’t have our animals with us. This is poverty.”

UNHCR stresses that spontaneous return is a basic right for refugees and one that it does not oppose, but the agency is keen to keep track of returnees and know how they get on. Relief officials and refugees acknowledge that some Malians are clearly crossing over and coming back again.

Mass return is not for now

Whatever improvements there have been in northern Mali - fewer security incidents, an expanding UN presence, the gradual restoration of state administration - UNHCR has made it clear that mass return was never an option for 2014. “The situation in Mali will remain fragile and will not yet allow for large-scale returns,” the agency said.

According to UNHCR and the Burkinabe state-run National Commission for Refugees (CONAREF), refugee numbers have dropped significantly, from a peak of close to 50,000 in 2012 to just under 34,000 in February 2014. The UNHCR’s own projections suggest there will still be around 14,300 Malian refugees on Burkinabe territory by the end of 2015.

Angèle Djohossou, UNHCR’s deputy representative in Burkina Faso, said a tripartite agreement must be signed by the governments of Burkina Faso, Mali and UNHCR before any serious repatriation programme can be set in motion.

There is a grim acknowledgement from both the UNHCR and partners that the level of services at Mentao and other camps is under threat from shrinking budgets and a perceived lack of concern from donors, which is fuelling the refugees’ sense of abandonment. 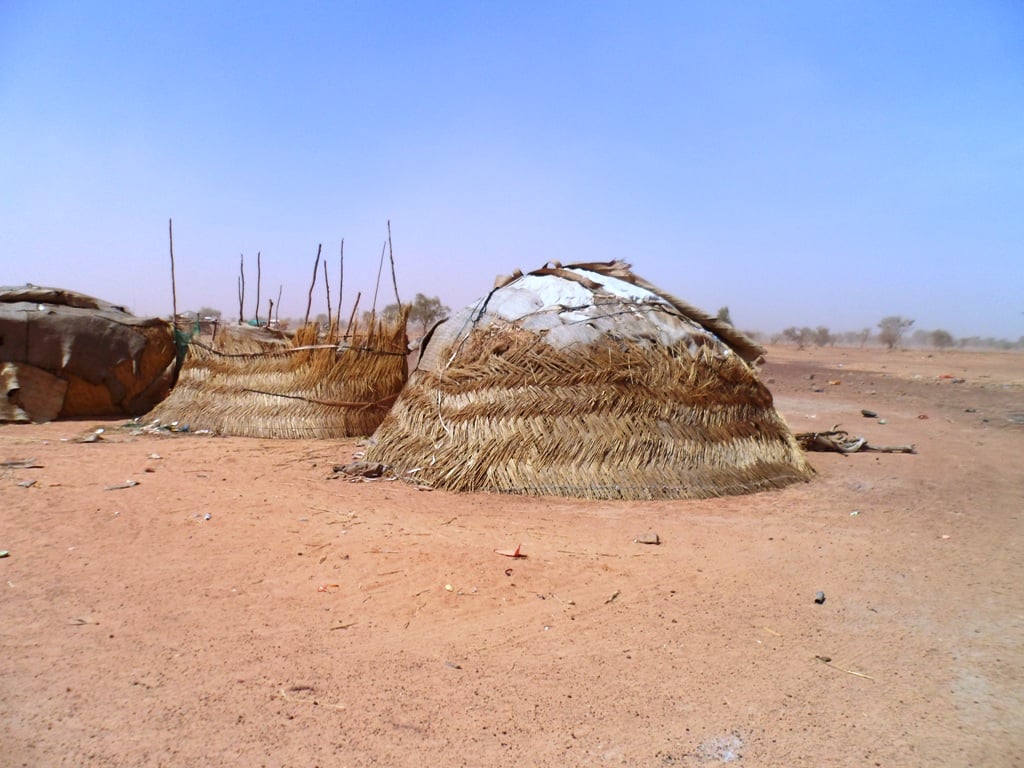 Djohossou warns that “the situation of Mali has not received the level of funding that it merits,” referring to donors’ attention being diverted to other priorities elsewhere such as the Central African Republic, South Sudan and Syria.

UNHCR’s budget for refugee operations in Burkina Faso in 2014 is $25.7 million, down from $32.8 million in 2013 because of the projected return of 5,000 refugees. Djohossou says funding in 2013 for Mali was 50 percent below what it should have been, and the UNHCR is facing similar constraints in 2014.

The budget breaks down into 30 different sections, covering everything from water provision to donor mobilization.

Some areas, including child protection and education, are given priority in the allocation of funding; but there are other areas where shortfalls are anticipated. For example, Djohossou says funding constraints have compromised the agency’s attempts to monitor the 25 percent of refugees living outside the main, consolidated camps as effectively as it would like.

“Donors need to get the message,” a senior NGO official in Mentao told IRIN on condition of anonymity. “We get a lot of missions coming here, which is encouraging for us and for the refugees, but donors need to realize that nothing here has changed. If the funding is not there, what will a refugee eat?”

“If a refugee has to pay for hospital treatment, what money will that person use? If they want water, where will they get their supplies from?”