Rows of shutter-less windows line the administration corridor at a referral health centre in Mali’s northern city of Gao. The centre’s equipment was looted and its staff fled during the nine-month-long Islamist rebel occupation that followed the country’s March 2012 coup; services have just barely resumed.

Healthcare has been severely impaired throughout northern Mali, where the militant Islamists seized key towns during the crisis. The rebels were ousted by French forces in January, but recovery of the sector has been slow.

Nearly half of Gao’s 69 health centres were completely or partially damaged during the Islamist occupation. In the ancient city of Timbuktu, 45 percent of health structures were entirely or partly destroyed, and 70 percent were damaged in the northeastern Kidal region, says the World Health Organization (WHO).

“We lost everything. The centre was systematically pillaged and ransacked. Equipment, vehicles and supplies were looted, and the staff fled,” said Amadou Maiga, the head of the Gao referral health centre, which is now struggling to operate.

Only about 20 of the 80-strong staff have returned. Just two of the six doctors are back and only one of the six midwives has resumed duty. “Up to now people still think that the centre is not functional,” Maiga told IRIN.

In the south, meanwhile, medical services had been strained by the waves of displaced people seeking refuge from the conflict. Repairing or rebuilding the health centres and returning medical staff to the north are top priorities. In July, Mali’s government began offering cash to lure civil servants back north, targeting some 300 workers who were offered US $500 each for transport and resettlement.

But insecurity remains a problem. Clashes erupted recently in Kidal between the separatist National Movement for the Liberation of Azawad (MNLA) and government troops. The MNLA is largely in control of Kidal region; the group had seized territory in the north after the 2012 government ouster before being uprooted by the hardline Islamist rebels.

Healthcare disruptions caused by the conflict, including the flight of medical staff, contributed to epidemics of cholera, malaria and measles in late 2012 and the start of 2013, experts say.

“The weaknesses of the health system, especially in the Sahel countries, which face recurrent humanitarian crises, cannot help prevent health crises,” said Ibrahima Socé Fall, the WHO representative in Mali.

“We have spoken about malnutrition for decades, but the response is still not sufficient,” he told IRIN. “Measles is a recurrent epidemic. Crises occur amidst weakened health systems that worsen the [health] consequences.

“It is important that while restoring the health sector, the aim should not be to return it to the pre-conflict status, but to build it back better,” he said.

Other experts have called for reforms in the medical supply system, which they say is plagued by recurrent disruptions.

Damage caused by Islamist rebels to a health centre in Mali’s northern Gao city. The militants’ months-long occupation of the country’s north brought damage and destruction to public building and misery to daily life 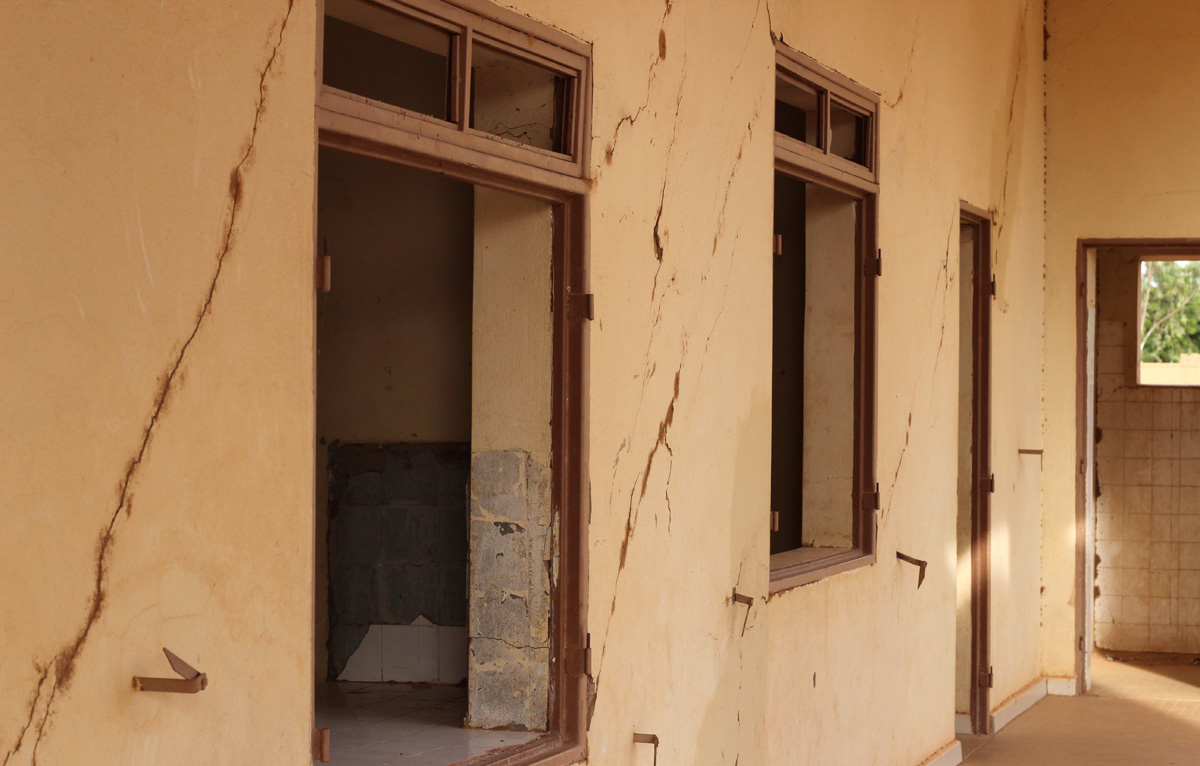 “If there’s a real will to address the health situation, especially for the people in the north and in Mali generally, supplying medicines is its backbone. As long as there are no medicines, we can’t do anything,” said Soumaila Maiga of Médecins du Monde (MDM), an aid group that remained in the north throughout the conflict.

“A father whose child is sick will wait until the last minute when he knows he really has no choice but to take the child to a health centre, at which time it may be too late,” Maiga said.

“Food is the first medication”

Many resident of northern are facing food shortages. Three out of every four households are reliant on food assistance, the World Food Programme and the Food and Agriculture Organization said in a recent appeal.

“For the medium- to long-term, [food security] requires a good investment on security. That’s fundamental, but we also need to see more investment go into the agricultural sector,” David Gressly, the deputy special representative of the UN in Mali, told IRIN.

The immediate need for those returning is food, said Emmanuel Traoré, the head of MDM’s medical project in northern Mali. “The priority for people is finding food. Food is the first medication. Someone who is hungry is sick. The two go together. What would be ideal is to have a food security programme and an accessible health service,” he said.

Mali’s crisis occurred at a time when the Sahel region was facing severe food shortages in the aftermath of poor 2011-2012 harvests. The violence forced hundreds of thousands of northern Malians to seek refuge elsewhere in the country and in neighbouring states, all while struggling with severe hunger.

Analysts have said that corruption and poor governance contributed to the March 2012 overthrow of president Amadou Toumani Touré. As Mali steadies itself, with a newly elected president, some health experts fear that the economic, political and governance priorities will overshadow the need to restore the health sector.

“Health is not necessarily at the top of the priority list of Mali’s donors. Security and economic recovery come first. This means that there’s a risk of health sector under-funding,” said WHO’s Fall.