Joseph Kony is losing his grip on the fighters of his rebel Lord's Resistance Army (LRA), with many wanting to defect, according to a new report by The Resolve LRA Crisis Initiative, an US-based advocacy group.

According to the report, Loosening Kony's Grip: Effective Defection Strategies for Today’s LRA, many LRA combatants in the Central African Republic (CAR) and the Democratic Republic of Congo (DRC) are increasingly disillusioned by the leadership’s failure to maintain contact with the increasingly fragmented group and by the difficulty of life in remote rainforests far from home, made worse by pressure from Ugandan military forces and US military advisers operating in the region. Some are also disenchanted with the group's recent shift towards forms of banditry, including harvesting elephant ivory.

"The Lord’s Resistance Army is likely weaker than it has been in at least 20 years... and morale among the Ugandan combatants that comprise the core of its force is at a new low," the authors noted.

The report says the LRA currently has an estimated 250 combatants - including 200 Ugandans and 50 low-ranking fighters from CAR, DRC and South Sudan - and another 250 dependents.

The authors suggest that a campaign dubbed "Come Home" - a collaboration between the Ugandan and US militaries that uses speakers mounted on helicopters circling LRA-occupied areas as well as leaflets, radio broadcasts and Safe Reporting Sites to encourage defection from the LRA - would yield better results if it were conducted in more areas where the group operates. According to the report, at least 31 Ugandan LRA combatants defected in 2012 and through the first six months of 2013.

Kony and his fighters are thought to operate in the border regions of CAR, DRC, Sudan and South Sudan; Uganda has some 2,500 soldiers deployed around these areas under the auspices of the African Union. In late 2011, the US deployed 100 special forces to the region as military advisers to the effort.

"The apparent weakening of the LRA's internal cohesion, their long tradition of holding civilian populations hostage to deter attacks, and the historic failure of military operations to achieve a decisive victory [suggest] that the most timely and cost-effective approach to dismantling the LRA is to encourage increased defections," the authors said. "The large majority of people in the LRA were forcibly conscripted, and most, including many Ugandans, want to defect."

Ugandan officials continue to encourage defection from the LRA, promising defectors amnesty from prosecution; an Amnesty Act that lapsed in 2012 was reinstated in 2013. The Amnesty Act does not extend to top LRA commanders.

A 17-year-old South Sudanese boy, who was abducted by the Ugandan rebel Lord’s Resistance Army (LRA) in 1999 when he was 10 years old in a refugee camp in northern Uganda 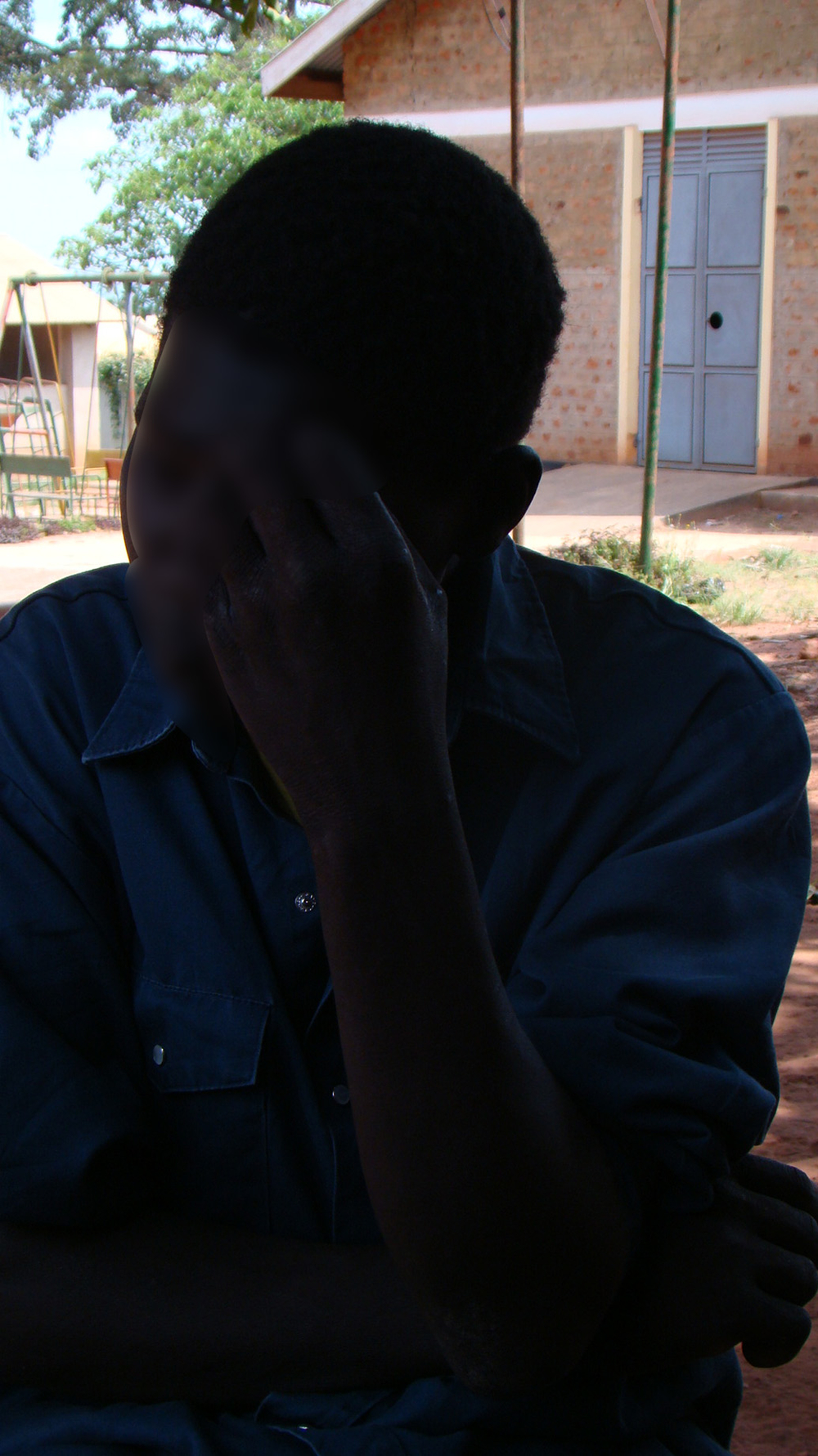 "The amnesty law is still there for those who are not indicted by ICC (International Criminal Court) - Kony and three of his most senior commanders have been indicted on several charges, including crimes against humanity and war crimes]. We encourage them to abandon the rebellion and come out. They are welcome back home," Lt Col Paddy Ankunda, Uganda People's Defence Forces (UPDF) spokesperson, told IRIN. "If they have no fighters, they have no future."

He added, "The hard-core ones like Kony and his top leadership can't surrender. We have an AU [African Union] force there. We shall resume hunting them once AU gets authorization from the new CAR authorities."

The hunt for Kony was suspended following a coup in CAR by the Séléka rebel group, which overran the capital, Bangui, on 24 March, putting President François Bozizé to flight and naming Michel Djotodjia as the new head of state.

"There is need to continue to encourage and persuade the LRA members to defect. Let them abandon the rebellion and come back home. They are victims of circumstances," retired bishop Baker Ochola, a member of Acholi Religious Peace Initiative (ALPI), told IRIN. "Let them leave LRA to Kony and his people who started it... Kony will remain alone and will not have support."

Ochola warned that while the LRA may be weaker, "they are still at large. They still pose a challenge and are dangerous".

Some analysts feel that defection is an incomplete strategy to tackle the LRA menace.

"The LRA survival strategy is abduction, as opposed to voluntary recruitment, and for every defectee, the LRA abducts double the number to replenish its forces, which keeps the insurgency in circles," Stephen Oola, a transitional justice and governance analyst at Uganda's Makerere University Refugee Law Project. "To suggest that the LRA can be dismantled from the bottom-up through defection is a recognition of the failed militaristic approach and an opportunity to call for resumption of peace talks to find lasting solutions.

"A comprehensive strategy to end the LRA conflict must engage top LRA leadership, address its legacy, and deal with Uganda's own governance crisis to find lasting peace," he added.

The authors of the report said there was a need for better disarmament, demobilization and reintegration strategy in order to increase the rate of defections, noting that the future remained uncertain for people who chose to defect, with "shamefully inadequate" reintegration support.

"Former abductees, particularly adults, must often face the challenge of rebuilding livelihoods, overcoming trauma, and coping with community stigmatization with little support. Awareness of these difficulties, combined with the risks of attempted escape, discourages many from defecting," the authors stated. "A well-resourced and dynamic disarmament, demobilization and reintegration (DDR) strategy could help break Kony's grip on the rebel group, allow hundreds of abductees to peacefully return to their families, and help keep civilians safer from further LRA attacks."

The Resolve LRA Crisis Initiative recommended, among other things, a broadened "Come Home" programme, funding for comprehensive mapping of the LRA's command structure, and better funding for organizations providing medical and psychosocial assistance to returnees.

The LRA came into existence in the late 1980s, and fought a lengthy and brutal war with the government in northern Uganda for close to 20 years; for years, more than one million people were forced to live in camps for internally displaced people under terrible humanitarian conditions. The last LRA attacks in Uganda were in 2006.