George Malual Deng, 24, has spent two years stuck in a transit site waiting to return to his home in South Sudan’s Jonglei state. He is among 20,000 people who have made a home of sorts in the river port of Renk, waiting for a barge to take them further south.

When he began his journey from Khartoum, Sudan was a single state, albeit one still bitterly divided between north and south in the wake of decades of civil war, despite the signing of a major peace accord in 2005.

Since then, almost two million people have left the north for their homelands in what became the independent Republic of South Sudan in July 2011.

The period following secession was tumultuous, marked by sporadic conflict between the neighbours’ armed forces and a row over how much Sudan could charge for piping and exporting South Sudan’s oil - a dispute that led to the shutdown of oil production, cutting off 98 percent of South Sudan’s revenue. Amid the furore, Sudan closed its common border, thereby halting the movement of both people and goods.

"Nobody anticipated on independence that the border with Sudan would be shut... that the barges would stop moving up and down the River Nile," said Toby Lanzer, the UN's Humanitarian Coordinator for South Sudan and Deputy Representative for the UN Secretary-General.

Peter Lam Both, chairman of the state-run Relief and Rehabilitation Commission, says helping South Sudanese come home is one of the government's priorities, but without funds little can be done.

Those living in and returning to the world’s newest country, which is among the least developed and most import-dependent in the world, have to put up with exorbitant prices for basic goods and household items. For this reason - and to avoid carrying large amounts of cash that might prove attractive to officials - many returnees head south laden with large quantities of furniture and other household items, in effect, their entire life savings.

In the four camps in Renk, piles of such belongings sit beside makeshift shelters.

"The main problem, really, for the returnees in Renk is the issue of luggage. When they were brought from Khartoum or Kosti [a Sudanese river port a little north of Renk], at that time, the government had the resources to bring them with a lot of luggage," Both said.

Mary Venerato Laki, South Sudan returnee: "We want to go to our own homeland"

Former teacher Mary Venerato Laki is among around 20,000 South Sudanese people stuck in a transit site in the port town of Renk, waiting for onward transport to their original homeland 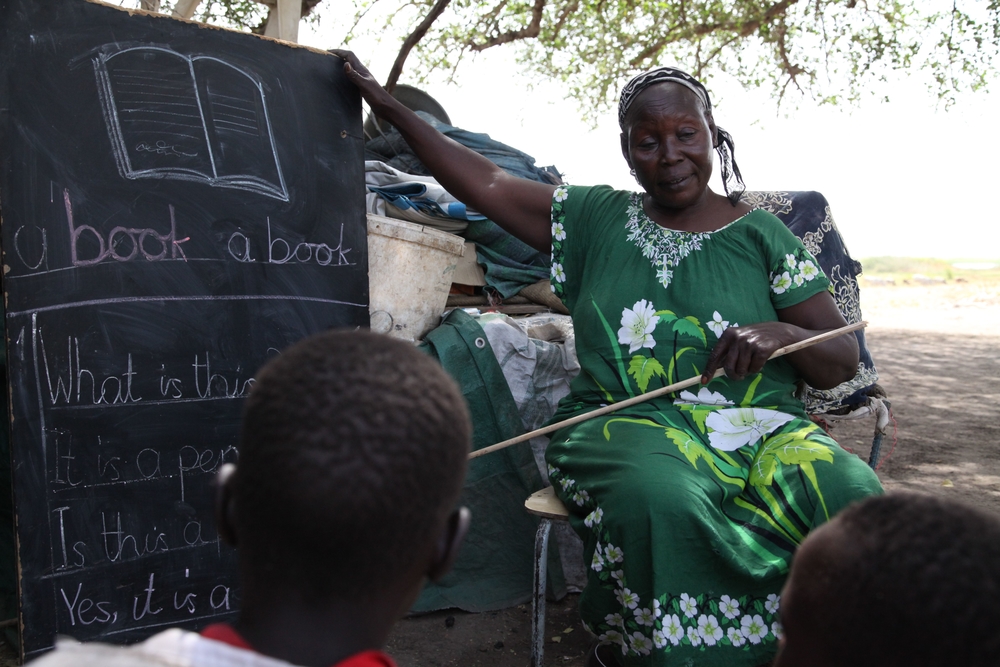 The South Sudan government says plans to transport both luggage and people back were hampered by a lack of funds following the January 2011 secession referendum. In its first year of statehood, Both says the government earmarked around US$16 million to finance returns, but these plans were scotched by austerity measures necessitated by the oil shutdown.

When their turn comes to travel by barge from Renk to Juba, many returnees discover that they have more luggage than can be carried on the barges, so some family members tend to stay behind to watch over the excess cargo.

According to the International Organization for Migration, which assists the returnees, each reaches Renk with an average of one ton in luggage.

People are unwilling to leave their valuables behind, said Deng, the 24 year old. "They say if they sell their luggage... they won't find [the items they need] again, and it will be difficult to buy them again, and you're not guaranteed a job, so it's difficult," he said.

He says selling off his family's only assets is unthinkable.

"I want to go, [but] there's no way. Why would I leave my things and go alone? I would sleep where? I need to take my things to Juba [South Sudan’s capital]. There's no money. I cannot sell my things," he said.

Grace Nasona, 38, has been in a Renk transit camp for eight months.

"Renk County does not have a lot of facilities, and when you have 20,000 people that have arrived here, some two years ago, it puts a lot of constraints on the local population," said Both.

Local officials complain that school class sizes for both morning and afternoon sessions have swollen to up to 150 pupils. They say healthcare is also overstretched and crime is rising.

At a clinic in the Mina transit settlement, nurses say malaria is common, caused by proximity to the Nile, lack of shelter and lack of food, which weakens people's immune systems.

"We don't want to settle here, but we are waiting here until we can all go down with our possessions, and my father's [pension] dues have not been received," said Nanu Chuol, 17, while she had her four-month-old baby tested for malaria.

"The difference is that in the north, many things were available and my father was working so we could get food. But now, he's not working, and his pension hasn't come, so we can't eat much," she said.

"Your chair or your wife"

Renk became even more of a bottleneck after the oil shutdown as the government looked for other sources of revenue.

"In Upper Nile State, the authorities decided to impose some taxes on the aid agencies. That problem has been sorted out now, but of course, it did delay things," said Lanzer.

The IOM says these tax issues resulted in the closure of Renk Port for three months at the start of 2013.

Two barges packed high with luggage were docked in the port in late April.

A barge laden with the luggage of South Sudanese citizens returning from Sudan, in the river port of Renk, where some 20,000 people are stuck, waiting for onward transport to their places of origin in South Sudan 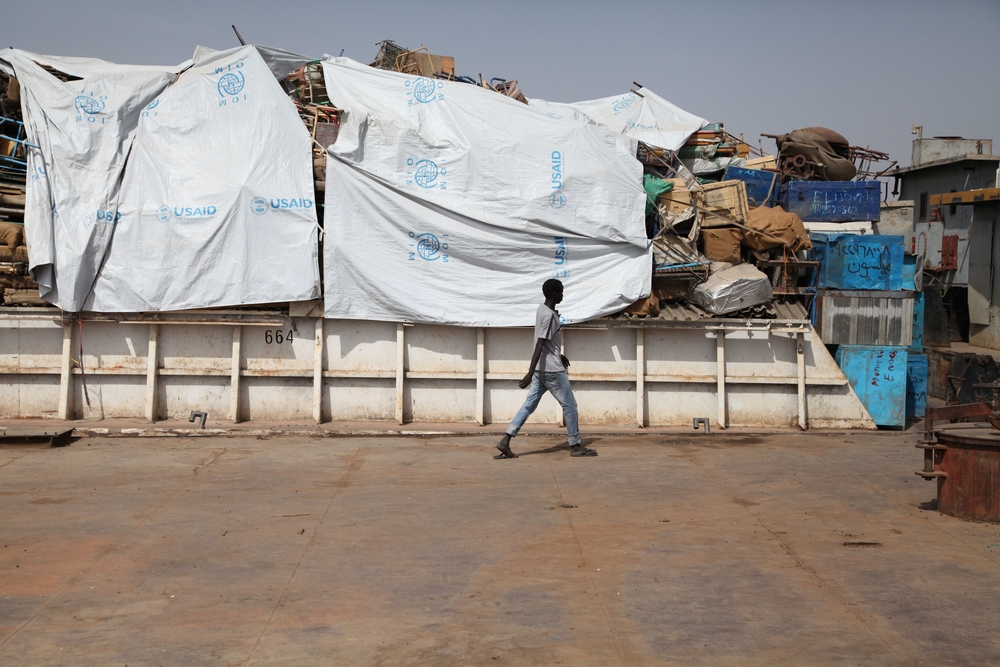 Lanzer says that it costs around $1,000 per person to travel downstream to Juba, and is telling people that now it is time to choose between "your chair or your wife".

"To my mind, keeping families together is a very important consideration, as opposed to having some family members stay with luggage in the middle of nowhere," he said.

"People have been stuck in this situation now, some of them for two years, and I think it's the moment for hard choices to be made. Do people want to stay here and integrate into the community? If they do, then let's help them with that. Let's work with the government to get them a plot of land. If they do want to continue on to their destination, I think the reality is that they will have to do that without their luggage," he said.

"Our job is really to help people who have no resources to return," said Both.

After a prolonged stay in Renk, and days of transportation under rain and blistering sun, he says that much of the luggage is ruined by the time it gets unloaded.

The recent resumption of oil production should refill South Sudan's coffers in the coming year, but the austerity budget will be in place until 2014.

Meanwhile, Both says around 250,000 more South Sudanese are thought to be in Sudan, and 40,000 are living in poor conditions at transit camps in Khartoum who need to come to South Sudan soon.

And while both countries have agreed in principle to honour one another’s "four freedoms" of citizenship, property ownership, jobs and basic rights, this deal has not yet been finalized.