In just over three months since Russia began its full-scale invasion, nearly seven million people have fled Ukraine as refugees. The vast majority are Ukrainian women and children who have been received in neighbouring countries, mainly with open arms.

However, an untold number of LGBTQI+ Ukrainians – especially trans women, trans men, and non-binary people – have faced barriers trying to exit Ukraine. Dozens have reportedly been turned back at official Ukrainian border crossings and have experienced mistreatment by Ukrainian authorities.

Activists and advocates also worry that LGBTQI+ refugees will face discrimination in EU countries bordering Ukraine, such as Poland and Hungary, which both have dismal records when it comes to supporting and protecting LGBTQI+ rights.

LGBTQI+ people face specific vulnerabilities during conflict, including heightened risks of stigmatisation, harassment, and violence from both combatants and civilians, as well as protection gaps in refugee responses, according to the UN.

Since Russia’s invasion began, fighting has disrupted supply chains and medical services inside Ukraine, creating a shortage of necessary hormone therapy drugs for trans people, HIV medication, and other important medical treatments. At the same time, a ban prohibiting men between 18 and 60 from leaving the country, and bureaucratic barriers – such as travel documents that don’t match the gender identity of trans refugees – have made it more difficult for gender-diverse people to seek safety outside Ukraine.

Widespread anti-LGBTQI+ sentiment in Ukrainian society, fear of being discriminated against, and worries over disclosing sensitive information to officials at borders, as well as reports of people being turned away and experiencing sexual, physical, and verbal harassment from Ukrainian border guards have also deterred many LGBTQI+ people from trying to leave, according to LGBTQI+ activists The New Humanitarian spoke to.

The issue has drawn the attention of members of the European Parliament. Robert Bierdroń, a Polish MEP and chair of the European Parliament’s Committee on Women’s Rights and Gender Equality, wrote a letter to Ukrainian President Volodymyr Zelensky and the commander of the State Border Guard Service of Ukraine on 1 June – the first day of Pride Month – asking them to introduce special procedures to allow trans women to leave the country despite the gender marker in their passports.

Activists in Ukraine and across Europe have also mobilised to help gender-diverse Ukrainians seek safety and reach refugee-hosting countries where they are more likely to find support.

“What LGBT people want is help from other LGBT people,” said one LGBTQI+ activist in Poland, who asked to remain anonymous out of fear they could face criminal charges for helping refugees enter the country outside of official border crossings.

The New Humanitarian reached out to the State Border Guard Service of Ukraine for their response to allegations of mistreatment against LGBTQI+ refugees and to clarify their policy toward trans refugees but did not receive a response by the time of publication.

‘The water in the river was freezing’

Dima, a 27-year-old gay Ukrainian living with HIV whose last name is being withheld to protect his privacy, is one of the LGBTQI+ refugees who struggled to leave Ukraine.

As someone with HIV, Dima thought he would be exempt from the ban on men between 18 and 60 leaving the country, but was turned back from official border crossings multiple times. When the hotel where he was staying in the western Ukrainian city of Lviv had its windows blown out by a Russian missile strike, Dima decided he needed to find another way out. That is how he found himself wading into a cold river separating Ukraine from Poland in early March.

“The water in the river was freezing. I took all of my clothes off and put them in a plastic bag and tied my Doc Martens around my neck so they wouldn't get wet because the last thing I wanted if I needed to run are wet boots,” Dima told The New Humanitarian.

The crossing did not go as planned: Alice Chuvnik, a 24-year-old trans Ukrainian living with autism who uses they/them pronouns and who suffers from chronic seizures, was crossing the river with Dima. Alice had also been turned back from official border crossings multiple times.

When Alice reached the middle of the river, they had a seizure. Their partner, Robin, a 29-year-old non-binary Dutch national who also lives with autism, was waiting on the opposite bank along with Rain Dove Dubilewski, a London-based LGBTQI+ activist who also uses they/them pronouns and has been helping evacuate marginalised groups from Ukraine. Robin and Rain Dove jumped into the river and helped Alice reach the shore. 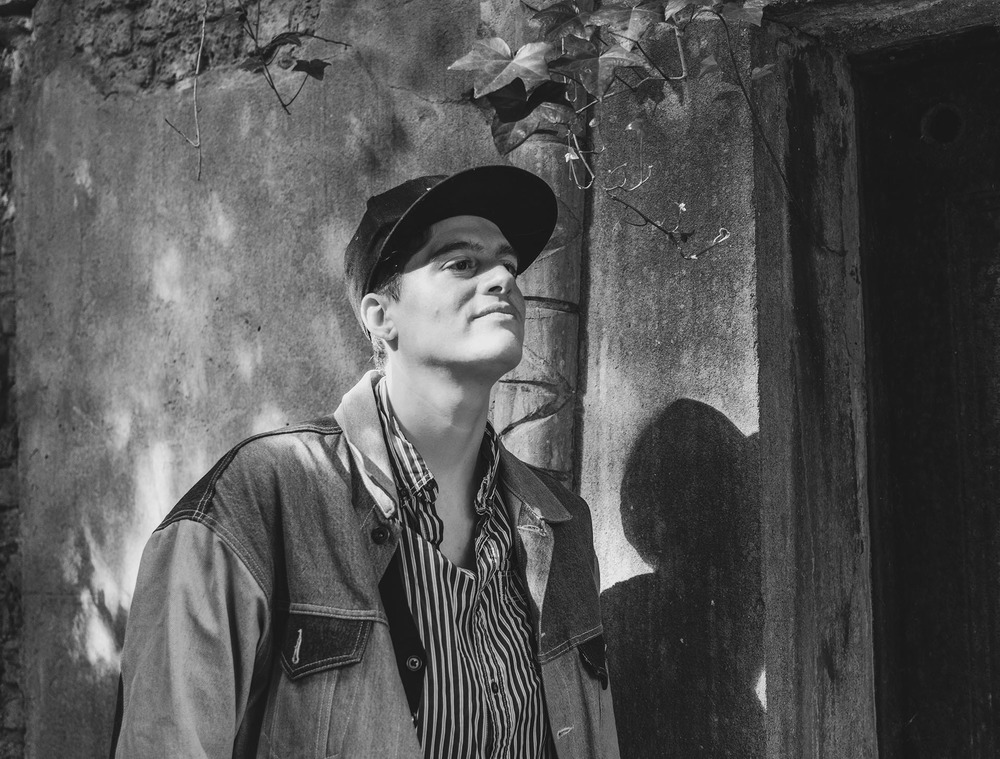 Ocho Fernandez/TNH
SAFEBOW, an organisation set up by Rain Dove (above) and other activists, has helped more than 4,000 refugees from marginalised groups – including LGBTQI+ people – to leave Ukraine since the war began.

In retrospect, the dramatic crossing seems like a blur to Dima. “I was told I got across really quickly even though the river was 60 metres wide, but all I remember is my heavy, wet boots weighing my neck down,” he said.

Dima has since made his way to Berlin after entering Poland, but while trying to leave Ukraine he missed two weeks of his HIV medication, increasing the risk of developing drug resistance and causing a great deal of stress.

SAFEBOW, a grassroots organisation set up by Rain Dove and other activists, has helped more than 4,000 refugees from marginalised groups – including LGBTQI+, disabled, and elderly people, as well as Indian, African, and other international students who were studying in Ukraine –  leave Ukraine since Russia’s invasion began.

The initiative started when Rain Dove and other LGBTQI+ activists outside Ukraine began messaging with Ukrainians who reached out asking for assistance through social media platforms during the early days of the war. “We formed WhatsApp groups. We thought it would only last a couple of weeks,” Rain Dove told The New Humanitarian.

SAFEBOW soon grew into a network of over 200 volunteers around the world, according to Rain Dove. But as the fighting intensified, more reports emerged of marginalised people being unable to leave Ukraine.

The medical and legal process to transition genders is long and complicated in Ukraine, but many of the trans people SAFEBOW has assisted believed they had the required documentation to leave – such as medical exemptions – but were still turned away. Ukrainian border officials seem to make decisions on whether to allow trans people to leave on a case-by-case basis, according to activists. “Others cannot leave because their homes and medical documents were destroyed,” explained Rain Dove.

Ukraine’s State Border Guard Service has said that the ban on men between the ages of 18 and 60 leaving the country, which is the reason why some LGBTQI+ people have been turned back at the border, is necessary in order to provide for Ukraine’s defence.

“Martial law is sexist. Period,” Rain Dove said. “It needs to be reshaped. It leads to black-and-white choices, with nothing in between. People should want to stay, not be forced to stay, especially when they have the documentation to leave.”

Rain Dove’s eagerness to help led them to the Ukraine-Poland border in mid-March, where they were assisting Dima and Alice as an individual activist, not as a part of SAFEBOW. Rain Dove and Alice’s partner, Robin, had been in Lviv but crossed the border into Poland through the official border crossing. They knew that volunteers and activists have faced criminal charges for providing humanitarian assistance to refugees, asylum seekers, and migrants at the EU’s external borders, including in Poland, and wanted to try to avoid being charged if they were caught helping Dima and Alice.

But when they rushed into the river to help Alice, Rain Dove and Robin inadvertently crossed back into Ukraine. “It was a medical emergency, and we did what we had to do,” Rain Dove said.

After getting out of the river, the group walked over three kilometres looking for their driver but didn’t realise they were walking in the wrong direction. When the group made it to a road, they flagged down a car, which ended up belonging to the Polish border guard. The group was taken into custody and spent several nights in jail. Rain Dove and Robin were sentenced to two years probation for their role in helping Dima and Alice enter Poland. Alice was also given one year of probation.

Despite being arrested and charged, Rain Dove continues to support LGBTQI+ refugees trying to leave Ukraine. They are adamant that “no one should ever have to do that alone”.

Providing assistance in the EU

Despite the overall warm welcome extended to Ukrainian refugees in Poland, LGBTQI+ refugees are unlikely to find safe haven even after they enter the country, according to activists. Homophobia and transphobia have increased in Poland in recent years, and since January 2020 more than 100 Polish municipalities have declared themselves “LGBTQI+-free zones”.

Organisations and activists in Poland are encouraging LGBTQI+ refugees to move on to Germany or the Netherlands.

The Polish capital, Warsaw, is more open and accepting, but the city’s population has increased by more than 15 percent due to the arrival of Ukrainian refugees, and housing for new arrivals is now hard to come by. “Warsaw is safer, but refugees can’t even stay in Warsaw,” said the Polish LGBTQI+ activist who asked to remain anonymous.

As a result, LGBTQI+ organisations and activists in Poland are encouraging LGBTQI+ refugees to move on to Germany or the Netherlands. Unlike refugees from the Middle East, South Asia, and Africa, who are required to apply for asylum in the first EU country they enter, Ukrainians – including those who are LGBTQI+ – can move freely within the EU under a Temporary Protection Directive passed in early March.

Groups, such as the Organization for Refuge, Asylum and Migration (ORAM), Casa Kuà, and Quarteera are working to fill protection gaps and secure safe accommodations for LGBTQI+ Ukrainian refugees who do move on. Anja Limon, senior programme manager at ORAM, told The New Humanitarian that the group has organised over 800 nights of housing for LGBTQI+ refugees, mostly in Berlin, but also in Prague, Lisbon, and elsewhere in Europe.

So far, much of the assistance has been provided by volunteers, but as the war drags on and the displacement of LGBTQI+ refugees from Ukraine becomes a protracted issue, the organisations are aware that there is a need for more institutionalised assistance. “There is a need for full-time case managers in order to ensure support is sustainable,” Ibrahim Willeke, founder of SOFRA - Queer Migrants e.v in Germany, told The New Humanitarian.