Kargi is an isolated settlement, two-hours’ drive from the northern Kenyan town of Marsabit, across an ancient volcanic plain of jagged scree and basalt rock.

As inhospitable as the terrain seems, Kargi does have a borehole, and that makes it something of an oasis for pastoralists trying to get their livestock through the second year of a punishing drought.

Pastoralism – herding livestock as opposed to farming a set piece of land – is a highly efficient way of living in the harsh drylands. For the wiry Rendille men gathered at the borehole, a few kilometres from the settlement, it’s both an agricultural system and way of life.

But as the climate becomes more and more unpredictable, the sustainability of the traditional model – and the customs that underpin it – are increasingly in doubt.

World leaders gathered at COP26 in Glasgow last week promised new emissions-cutting targets for decades in the future, but the reality for Kenyans living in the drylands is that these pledges have come too late.

On average, the Kargi men have lost half their livestock to drought this year – on top of the failed rains last year, made worse by swirling swarms of locusts that munched through remaining pasture. You can smell the dead animals off in the dry scrub where their carcasses were dragged, their resistance spent.

“If it rains now, the animals will have something to sustain them,” said Nakoridor Sigalen, thick silver rings in each ear. But the forecast is that this season’s October-December rains will be poor again – and could fail in March-May 2022 as well. Then what? “Our survival is in God’s hands,” he eventually responded.

More than 2.4 million people are struggling to feed themselves in Kenya’s 10 worst drought-hit northern and southeastern counties. Among them are 368,000 people at “emergency” levels of hunger, a technical term to mean nutrition-related deaths in some households if there are no assets to sell.

The Horn of Africa has been hit by two consecutive years of drought, and this season’s October-December rains are also expected to fail.

Forecasters believe the reason is a negative Indian Ocean Dipole and La Niña conditions – both linked to ocean temperature levels.

Worse still, climate patterns suggest a strong chance of a fourth consecutive below-average rainfall season from March to May 2022.

In Kargi’s small health post, nurse Sabina Laribi says seven out of the 10 children she screens have signs of malnutrition. “Rates are rising because 90 percent of the families here depend on their livestock,” she told The New Humanitarian. “In the three years I’ve been here, this is the worst I’ve seen.”

Those needs are magnified by both a breakdown in supplies of the high-calorie therapeutic food used to treat the children, and a lack of transport to get out to the more far-flung settlements, which has hamstrung the supplementary feeding programme she runs. 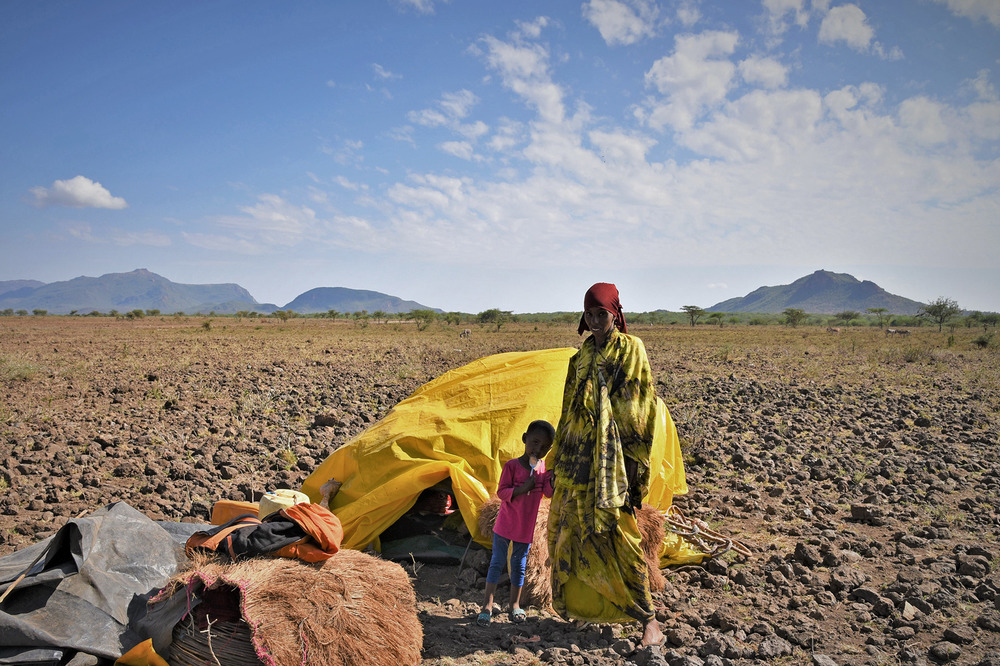 Obi Anyadike/TNH
Driven from their home by repeated raids by rival pastoralist groups, this displaced household has pitched camp off a road, an hour's drive from Isiolo.

It’s not only drought that threatens lives: Hardship is sharpening ever-present competition between armed pastoralist communities, triggering a tit-for-tat spiral of clashes.

Abdel Mohammed and his family have settled with four other households on a rough patch of ground, 100 metres off the Isiolo to Wajir road. They fled their homes after repeated raids since June by Rendille and Samburu youths killed at least 20 people in their village of Gutu, on the Isiolo/Marsabit border.

Mohammed had already lost 100 animals to the drought: The attacks claimed another 50.

There’s little water and pasture around the rocky outcrop where the families have pitched their tents of plastic sheeting and built pens for their remaining livestock. They’ve been there for a few weeks and intend to stay. “I’m going to wait for the rains – I’m too scared to go back,” he said.

Most of the young men from Gutu have moved to Isiolo to try and hustle for a living. Some sold their livestock, bought motorbikes, and have become “boda-boda” taxi riders. “It’s better than being killed,” Mohammed told The New Humanitarian.

The so-called Arid and Semi-Arid Lands have historically been neglected by the rest of Kenya, where political and economic power is based on the heavily populated farming regions further south. But devolution in 2013 triggered a surge of growth in the ASAL counties. 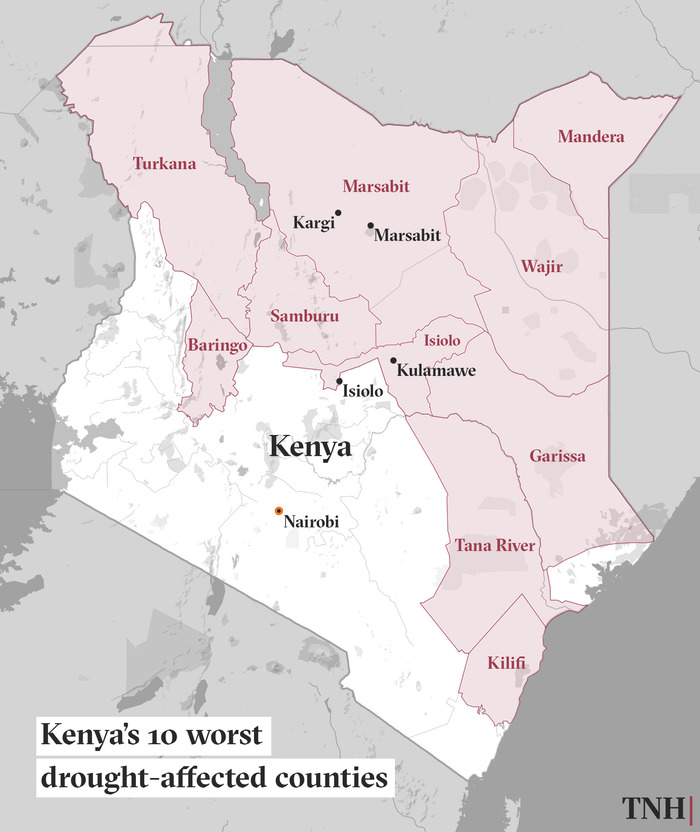 The downside has been a spurt of settlements, encouraged by local politicians looking to grow their vote banks. But the more settlements there are, “the less land there is for pasture,” said Hussein Noor, livestock systems expert with the aid agency Mercy Corps.

The proliferation of unplanned boreholes has contributed to overgrazing that has damaged an already fragile ecology, encouraging the spread of livestock diseases.

Fenced off conservancies, linked to high-end tourism and backed by a number of foreign-based NGOs, is offered as a model to better manage the rangelands. But the common local complaint is that they prioritise the well-being of wildlife rather than the communities they claim to support – denying access to pastoralists even in times of crisis.

For conservative pastoralists like Sagalen in Kargi, animals are traditionally more than an economic asset – they’re also a measure of social standing: “You need more livestock to have a better life,” he explained.

But the back-to-back droughts have delivered a painful lesson: The bigger the herds, the harder it is to keep all the animals alive and healthy.

“The better coping strategy is to sell off animals before prices crash, and then use the money to restock after the drought, with a smaller number,” Noor told The New Humanitarian. “You can then use the income to vaccinate, and improve your breeds.”

The logic is not lost on Sagalen. He has already exchanged his prized cows for hardier camels that can go far longer without water.

“The culture is in transition,” said Ibrahim Muroya, who has managed the borehole in Kargi for 17 years. “People are not into the old way of life completely, but they also haven’t fully transformed.” 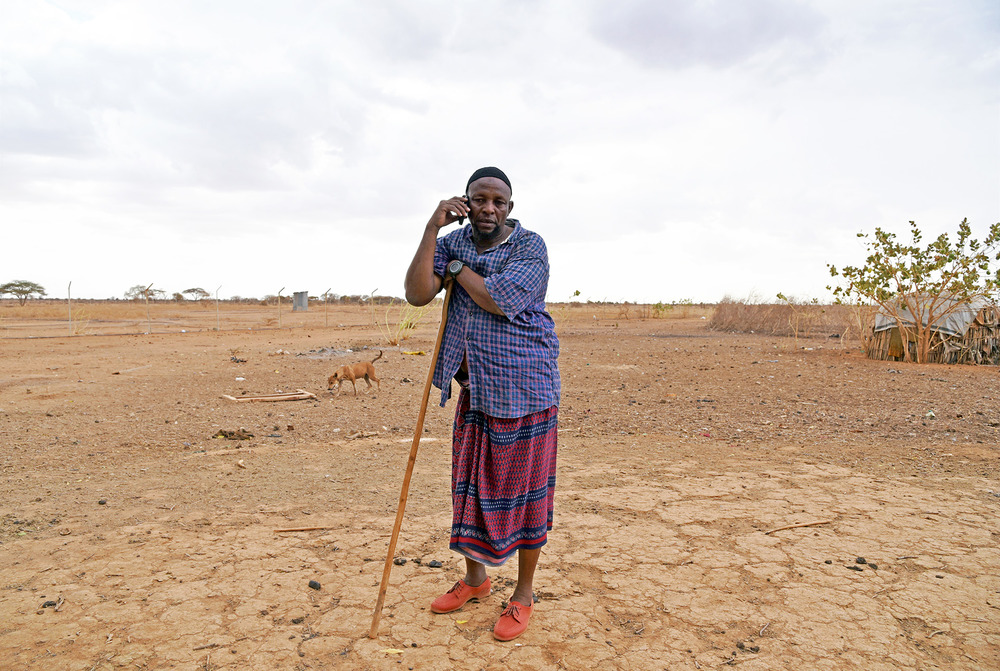 Obi Anyadike/TNH
Ibrahim Muroya worries about the future of traditional pastoralism after two back-to-back droughts, and with a third one looming.

Although pastoralism is the bedrock of the economy in the ASAL, the potential of commercialisation is blunted by a weak value chain – from a lack of abattoirs and market access to only limited production of hides and skins – which effectively relegates pastoralism to a subsistence level.

“People are not into the old way of life completely, but they also haven’t fully transformed.”

“People think we don’t want to sell [our animals], but the problem is that the market linkages are so weak,” said Mustafa Kuntulo, a senior Isiolo government official.

Commercialisation, though, is not unproblematic. Noor is concerned that as change accelerates, middlemen and the wealthy will benefit the most. “There will be an incentive to grab land, fence it, and convert it to ranches, preventing access [to pastoralists],” he told The New Humanitarian.

Droughts are not a new phenomenon in the drylands, and there are traditional ways of coping with adversity. The most sophisticated is practised by the Borana, an ethnic group that straddles the Kenyan/Ethiopian border.

Known as dedha (pronounced “detha”) it’s a land use management system that divides pasture into three zones: “wet” when water is plentiful, “dry” after the rains, and “drought” – to be used only in emergencies, to allow for the regeneration of pasture.

The dedha system has stringent laws governing pastoralist behaviour – from how trees are cut (you can’t take the whole branch) to who has first rights to water (it’s lineage-based, according to whose well it is, but thirsty travellers go to the front of the queue).

Nobody is allowed to graze in the nine declared drought reserves in Isiolo country until they are officially opened by a committee of elders and, even then, access is strictly controlled. 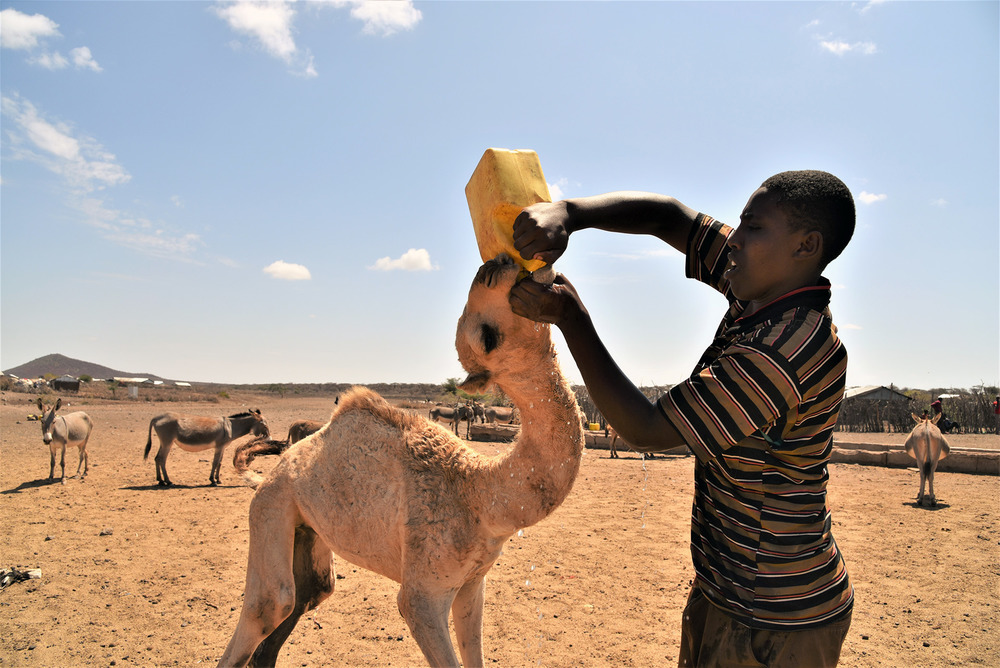 Obi Anyadike/TNH
A sick camel calf is given water. The youngest animals are most at risk from the drought.

The result is that the Borana typically survive droughts in much better shape than other communities, where overgrazing and uncontrolled settlement has destroyed pasture.

It also makes the reserves a target for other pastoralists, especially from neighbouring Wajir and Garissa, bordering Somalia, with inevitable clashes as they try to force entry. Shifting rainfall patterns mean the reserves cannot be gazetted and protected by the authorities – which pushes responsibility down to the community.

“Unfortunately, you can’t choose your neighbours,” said Kuntulo, the government official. “We used to be very generous and allowed all to come, but other people only have themselves to blame for not managing their land and pasture properly.”

In kiSwahili, Kula Mawe literally means “eating stones” – a fair idea of the topography of the place. The watering point in this drought reserve is about 10 kilometres from pasture, and there’s a barging, bolshy procession of cattle, camels, and goats coming to drink from morning to late afternoon.

In normal drought years, the 100-square-kilometre reserve is opened from October – this time the Borana elders greenlighted entry in mid-July.

Abdul Karim, the community chair in Kula Mawe, is worried that if the rains don’t come by this week, even the pasture here will be exhausted. “I can see the signs. The [livestock] fatalities will be very high,” he told The New Humanitarian.

“This is the time we need the government to step in,” said Ibrahim Jarso, an Isiolo-based pastoralist development expert. “The aid response is going to be about saving lives.”

“I can see the signs. The livestock fatalities will be very high.”

Government-supplied, nutrient-rich animal feed pellets have not so far been released in this part of Isiolo, and a government promise to spend $18 million – much of it on trucking water into pasture lands – is yet to have an impact.

Jarso, a former pastoralist himself, is urging the impementation of an emergency cash transfer safety net programme for the most vulnerable to prevent the crash sale of livestock at rock-bottom prices.

And both Karim and Jarso argue that in the longer term, resilience means helping pastoralist widen their skills base, so they can develop complimentary livelihoods to help see them through the coming droughts.

Muroya, the borehole manager in Kargi, is struggling to come to terms with the prospect of another season of hardship.

“Nothing is getting better. Every year, there are new problems, bigger than the last,” he told The New Humanitarian in the quiet late afternoon, when the animal traffic had subsided. “The future? For me, at least, I’m very pessimistic.”