This article is part of our in-depth coverage. Read more like this...
NIAMEY

The EU’s strategy for controlling irregular West African migration is not just about asking partner countries to help stop the flow of people crossing the Mediterranean – it also includes sharing data on who is trying to make the trip and identifying to which countries they can be returned.

Take Niger, a key transit country for migrants arriving in Europe via Libya.

European money and technical assistance have flowed into Niger for several years, funding beefed-up border security and supporting controversial legislation that criminalises “migrant trafficking” and has led to a sharp fall in the registered number of people travelling through the country to reach Libya – down from 298,000 in 2016 to 50,000 in 2018.

Such cooperation is justified by the “moral duty to tackle the loss of lives in the desert and in the Mediterranean”, according to the EU’s head of foreign policy, Federica Mogherini. It was also a response to the surge in arrivals of asylum seekers and migrants to European shores in 2015-16, encouraging the outsourcing of control to African governments in return for development aid.

In April, as a further deterrent to fresh arrivals, the European Parliament passed a tougher “Regulation” for Frontex – the EU border guard agency – authorising stepped-up returns of migrants without proper documentation to their countries of origin.

The regulation is expected to come into force by early December after its formal adoption by the European Council. 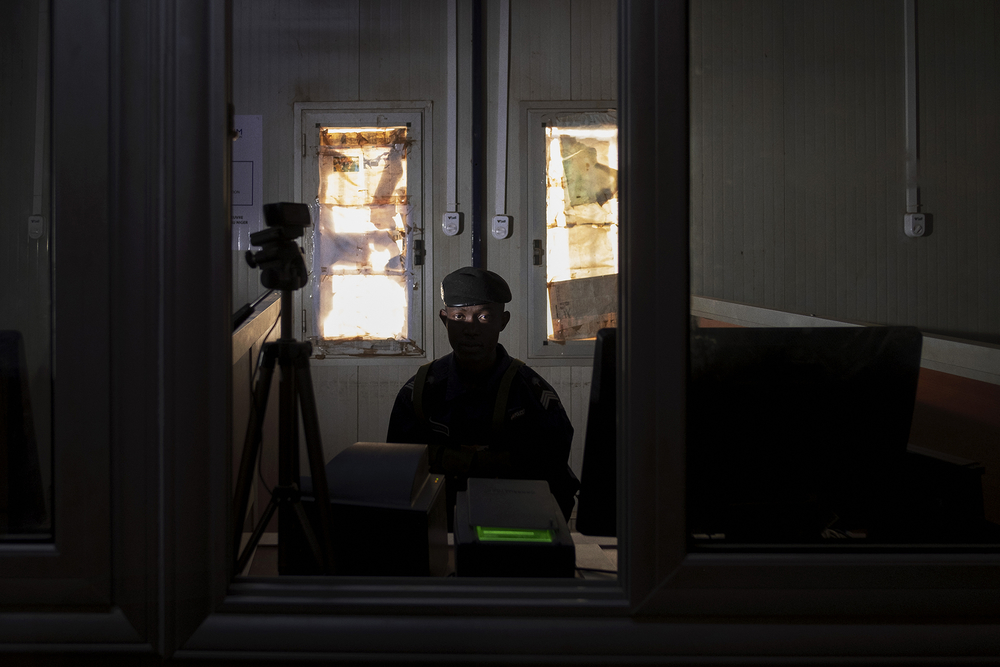 Francesco Bellina/TNH
A border police agent sits at the desk of one of the newly established biometric control stations, inside the border post of Makalondi, at the Niger-Burkina Faso border.

The proposed tougher mandate will rely in part on biometric information stored on linked databases in Africa and Europe. It is a step rights campaigners say not only jeopardises the civil liberties of asylum seekers and others in need of protection, but one that may also fall foul of EU data privacy legislation.

In reply to a request for comment, Frontex told The New Humanitarian it was “not in the position to discuss details of the draft regulation as it is an ongoing process.”

Niger on the frontline

Niger is a key country for Europe’s twin strategic goals of migration control and counter-terrorism – with better data increasingly playing a part in both objectives.

The Makalondi police station-cum-immigration post on Niger’s southern border with Burkina Faso is on the front line of this approach – one link in the ever-expanding chain that is the EU’s information-driven response to border management and security.

When TNH visited in December 2018, the hot Sunday afternoon torpor evaporated when three international buses pulled up and disgorged dozens of travellers into the parking area.

“In Niger, we are the pioneers.”

They were mostly Burkinabès and Nigeriens who travelled abroad for work and, as thousands of their fellow citizens do every week, took the 12-hour drive from the Burkina Faso capital, Ouagadougou, to the Niger capital, Niamey.

As policemen searched their bags, the passengers waited to be registered with the new biometric Migration Information and Data Analysis System, or MIDAS, which captures fingerprints and facial images for transmission to a central database in Niamey.

MIDAS has been developed by the International Organisation for Migration (IOM) as a rugged, low-cost solution to monitor migration flows.

“In Niger, we are the pioneers,” said Ismael Soumana, the police commissioner of Makalondi. A thin, smiling man, Soumana proudly showed off the eight new machines installed since September at the entry and exit desks of a one-storey prefabricated building. Each workstation was equipped with fingerprint and documents scanners, a small camera, and a PC.

The data from Makalondi is stored on the servers of the Directorate for Territorial Surveillance (DTS), Niger’s border police. After Makalondi and Gaya, on the Benin-Niger border, IOM has ambitious plans to instal MIDAS in at least eight more border posts by mid-2020 – although deteriorating security conditions due to jihadist-linked attacks could interrupt the rollout.

Read more → Niger, part 1: At the centre of a brewing militant storm

IOM provides MIDAS free of charge to at least 20 countries, most of them in sub-Saharan Africa. Its introduction in Niger was funded by Japan, while the EU paid for an initial assessment study and the electrical units that support the system. In addition to the border posts, two mobile MIDAS-equipped trucks, financed by Canada, will be deployed along the desert trails to Libya or Algeria in the remote north.

MIDAS is owned by the Nigerien government, which will be “the only one able to access the data,” IOM told TNH. But it is up to Niamey with whom they share that information.

MIDAS is already linked to PISCES (Personal Identification Secure Comparison and Evaluation System), a biometric registration arm of the US Department of State installed at Niamey international airport and connected to INTERPOL’s alert lists.

Niger hosts the first of eight planned “Risk Analysis Cells” in Africa set up by Frontex and based inside its border police directorate. The unit collects data on cross-border crime and security threats and, as such, will rely on systems such as PISCES and MIDAS – although Frontex insists no “personal data” is collected and used in generating its crime statistics.

A new office is being built for the Niger border police directorate by the United States to house both systems.

The West African Police Information System, a huge criminal database covering 16 West African countries, funded by the EU and implemented by INTERPOL, could be another digital library of fingerprints linking to MIDAS. 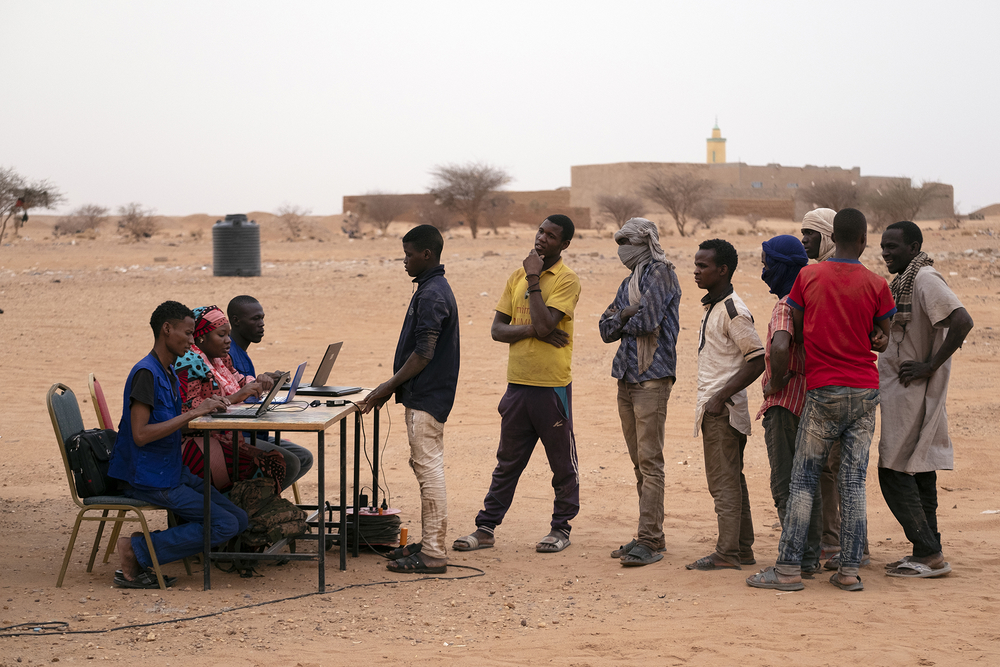 Francesco Bellina/TNH
Migrants identified by IOM after being deported from Algeria.

Frontex programmes intersect with other data initiatives, such as the Free Movement of Persons and Migration in West Africa, an EU-funded project run by the IOM in all 15-member Economic Community of West African States. One of the aims of the scheme is to introduce biometric identity cards for West African citizens.

Frontex’s potential interest is clear. “If a European country has a migrant suspected to be Ivorian, they can ask the local government to match in their system the biometric data they have. In this way, they should be able to identify people,” IOM programme coordinator Frantz Celestine told TNH.

The push for returns

Only 37 percent of non-EU citizens ordered to leave the bloc in 2017 actually did so. In his 2018 State of the Union address, European Commission President Jean-Claude Juncker urged a “stronger and more effective European return policy” – although some migration analysts argue what is needed are more channels for legal migration.

Part of the problem has been that implementing a returns policy is notoriously hard – due in part to the costs of deportation and the lack of cooperation by countries of origin to identify their citizens. Europe has had difficulty in finalising formal accords with so-called third countries unwilling to lose remittances from those abroad.

The Commission is shifting to “informal arrangements [that] keep readmission deals largely out of sight” – serving to ease the domestic pressure on governments who cooperate on returns, according to European law researcher, Jonathan Slagter.

The new Frontex regulation provides a much broader mandate for border surveillance, returns, and cooperation with third countries.

It contains provisions to “significantly step up the effective and sustainable return of irregular migrants”. Among the mechanisms is the “operation and maintenance of a platform for the exchange of data”, as a tool to reinforce the return system “in cooperation with the authorities of the relevant third countries”. That includes access to MIDAS and PISCES. 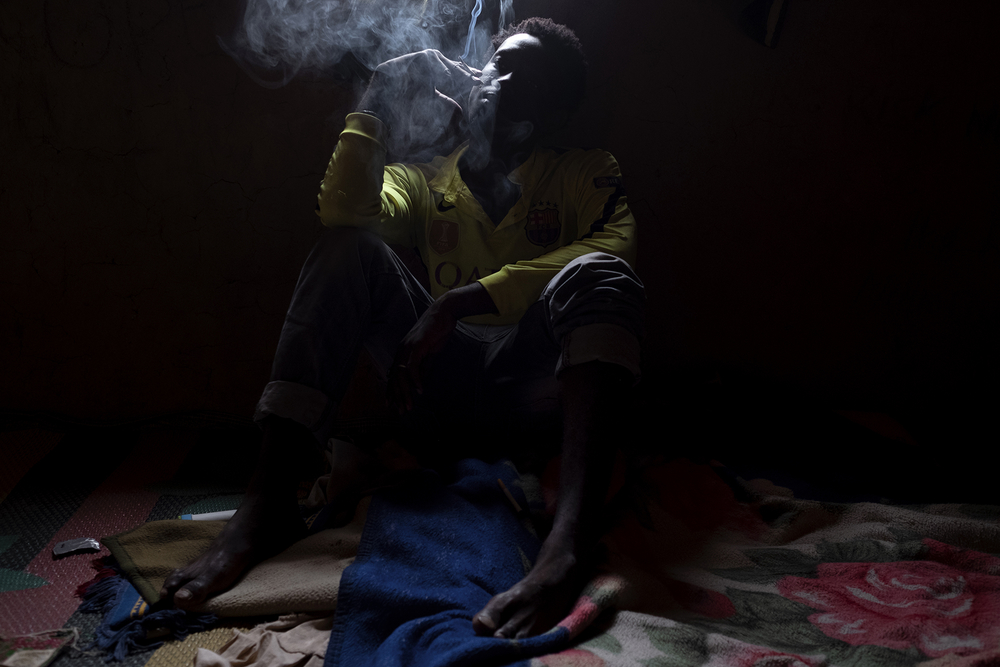 Under the new Frontex policy, in order to better identify those to be deported, the agency will be able “to restrict certain rights of data subjects”, specifically related to the protection and access to personal data granted by EU legislation.

That, for example, will allow the “transfer of personal data of returnees to third countries” - even in cases where readmission agreements for deportees do not exist.

The concern is that the expanded mandate on returns is not accompanied by appropriate safeguards on data protection. The European Data Protection Supervisor – the EU’s independent data protection authority – has faulted the new regulation for not conducting an initial impact study, and has called for its provisions to be reassessed “to ensure consistency with the currently applicable EU legislation”.

“Given the extent of data sharing, the regulation does not put in place the necessary human rights safeguards."

Mariana Gkliati, a researcher at the University of Leiden working on Frontex human rights accountability, argues that data on the proposed centralised return management platform – shared with third countries – could prove detrimental for the safety of people seeking protection.

“Given the extent of data sharing, the regulation does not put in place the necessary human rights safeguards and could be perceived as giving a green light for a blanket sharing with the third country of all information that may be considered relevant for returns,” she told TNH.

“Frontex is turning into an information hub,” Gkliati added. “Its new powers on data processing and sharing can have a major impact on the rights of persons, beyond the protection of personal data.”

For prospective migrants at the Makalondi border post, their data is likely to travel a lot more freely than they can.

(TOP PHOTO: A border police agent sits at the desk of one of the newly established biometric control stations, inside the border post of Makalondi, at the Niger-Burkina Faso border.)

(The reporting for this story was supported by the Otto Brenner Foundation and an Investigative Journalism for Europe grant (IJ4EU).)