DERA ISMAIL KHAN, Pakistan
Pakistan waged a bloody offensive for years to drive Islamist militants out of Afghan border regions, but now some Taliban factions are regrouping, only this time with the government’s blessing, according to opposition politicians, residents, and a former Taliban leader.
In 2014, Pakistan’s military launched Operation Zarb-e-Azb [Sharp and Cutting Strike], which aimed to drive Islamist militants out of the Federally Administered Tribal Areas, a semi-autonomous region on the border with Afghanistan. The operation has mostly wound down now, and hundreds of thousands of families have returned. Many insurgents were killed during the operation, while others fled over the porous border into Afghanistan.
Now, some of those militants – members of Taliban factions – have been invited back to form militia groups in FATA and three districts in neighbouring Khyber Pakhtunkhwa Province. Local politicians and a former Taliban leader told IRIN that the men, who previously fought the government and killed civilians, will now help defend the region against other militants. Some residents reject the strategy, which they believe will only lead to more fighting.
“The militants are doing all this with support of the local administration,” said a member of the Awami National Party, requesting anonymity for security reasons. “The administration, in return, expects these militants to spy for them on the locals and fight against foreign militants.”
Mohammad Shoaib, an assistant political officer in FATA’s South Waziristan Agency, denied that his government is supporting Taliban groups. “The presence of the militants in the area is a matter of concern for us and we keep chasing them constantly,” he said.

Such official denials ring hollow to Naimat Gul, a former member of the Taliban shura, or governing council, in South Waziristan. He said members of the faction formerly led by Mullah Nazir, who was killed by a US drone strike in 2013, have come back to South Waziristan from Afghanistan and regrouped.
“Obviously, they have returned to their homeland after getting a green signal from the government,” he said.
“They all are pro-Pakistan people and will help us keep Pakistan secure from infiltration of foreign militants,” said Gul in an interview in Dera Ismail Khan, a Khyber Pakhtunkhwa district where he and others said Taliban elements have been meeting in a dilapidated house with the full knowledge of the government. 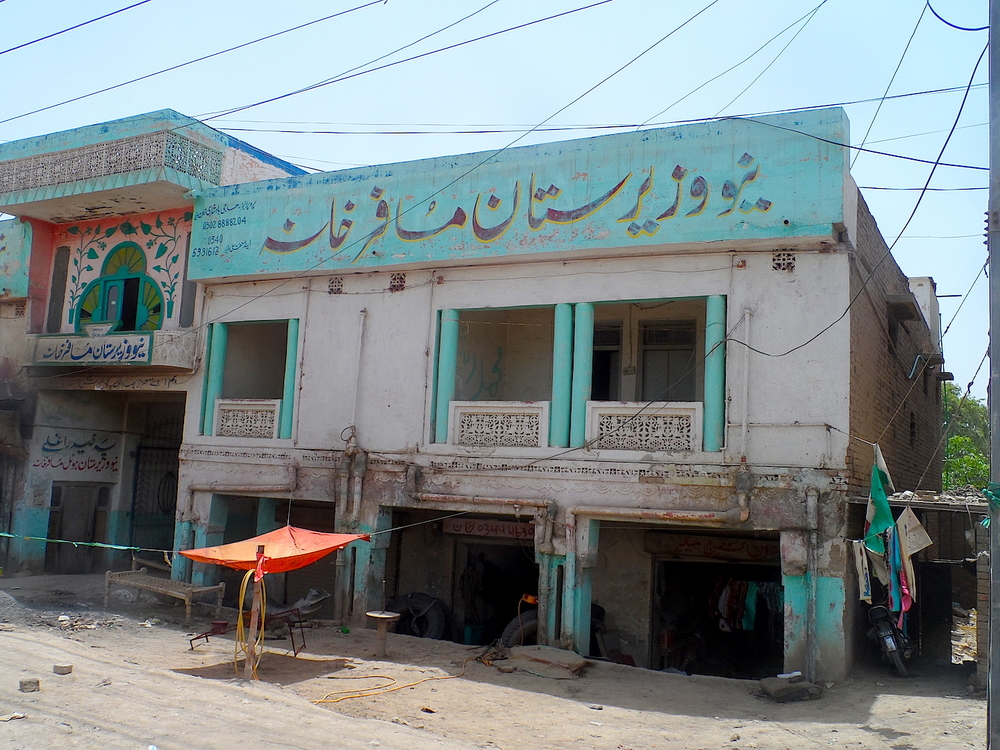 Aamir Saeed/IRIN
A building in Dera Ismail Khan District where locals say Taliban members have been meeting
Syed Fida Hassan Shah, the regional police officer overseeing Dera Ismail Khan and Tank districts, denied that the Taliban were organising in his jurisdiction. “These all are rumours,” he said. "We will take action if they tried to open their offices."
Muhammad Saleh Shah, an independent senator in Pakistan’s capital, Islamabad, negotiated the deal with Pakistani Taliban founder Baitullah Mehsud that saw him agree in 2008 to cease attacks against government forces (before he was killed by a US drone strike the following year).
He said it was clear the Taliban fighters were being encouraged to regroup: “The government is giving incentives to those who killed hundreds and maimed thousands in suicide attacks and bomb blasts.”

Residents expressed concern militants could turn on the government and civilians would once again become casualties.
“They are self-professed killers and the government must try them under the law instead of keeping them in safe houses,” said Waris Khan, a cycle-rickshaw driver in Dera Ismail Khan. “What is the guarantee that these militants will not revert to killings of innocents?”
An elder told IRIN by phone from South Waziristan that the FATA administration is allowing members of two Pakistani Taliban groups to organise in his area. The factions are those formerly led by Mullah Nazir and a group led by Shaharyar Mehsud that claimed responsibility for a January bombing that killed 24 people in FATA’s Kurram Agency.
He said the FATA government had struck a deal with members of those groups to fight against the so-called Islamic state and other militants based over the border in Afghanistan.
"So far the militants regrouping in the area are peaceful for the locals, but we don't know how long this will continue," said the elder, who requested his name be withheld.
Shoaib, the assistant political officer in South Waziristan, admitted that Taliban groups have been reasserting their authority in some communities but denied that the government was condoning it.
"It's a local tradition to settle the disputes through jirgas," he said. "Yes, they hold their jirgas to dispense justice to the locals, but we discourage people to obey them."
Shoaib said the government is instead trying to encourage militants to lay down their arms and has created job training programmes aimed at reintegrating former militants into civilian life.
SEE: Pakistanis displaced by war return to a ruined economy
Such reassurances are not enough to convince some residents who fled fighting during Operation Zarb-e-Azb to return to South Waziristan.
Ali Wazir shelved his plans to bring his family back to the South Waziristan town of Wana after friends and relatives told him that groups of Taliban were operating there openly. He said he lost 11 family members to Taliban bombings, including one that killed his father and two brothers in 2005 in Wana, and he was initially optimistic that the army had finally driven the militants away.
“Taliban are getting offices again not only in Waziristan, but also in the settled areas of Khyber Pakhtunkhwa province,” he said. “The militants are getting benefits and we are left at their mercy again.”
as/jf/ag
(TOP PHOTO: Soldiers in Pakistan's FATA region, in March 2017 CREDIT: Aamir Saeed/IRIN)
Share this article
Join the discussion