Pulitzer Prize-winning American photojournalist Lynsey Addario has spent the last 20 years documenting humanitarian crises. Her work has shaped the way the public sees conflict, shining light on wars and their aftermath – from Afghanistan and Iraq in the early 2000s to Syria and Yemen more recently.

But lately she has turned her sights on emergencies confronting Western governments at home. She speaks to The New Humanitarian about what has surprised her most, and why she thinks the pandemic is making it harder to garner attention for crises overseas.

Here is the interview, edited for length and clarity.

TNH: What was your first assignment covering a humanitarian crisis?

Lynsey Addario: I covered Afghanistan under the Taliban in 2000, and subsequently made three separate trips to photograph women and victims of landmines. At the time, I’m not sure it was coined a humanitarian setting as there were very few [humanitarian] actors there. Some organisations were working with landmine victims and others were running covert women’s groups, teaching them vocational skills. There were many educated women who were relegated to a life at home, so the UN was instrumental in giving programmes for women. That was the first time that I linked up with the international humanitarian community. 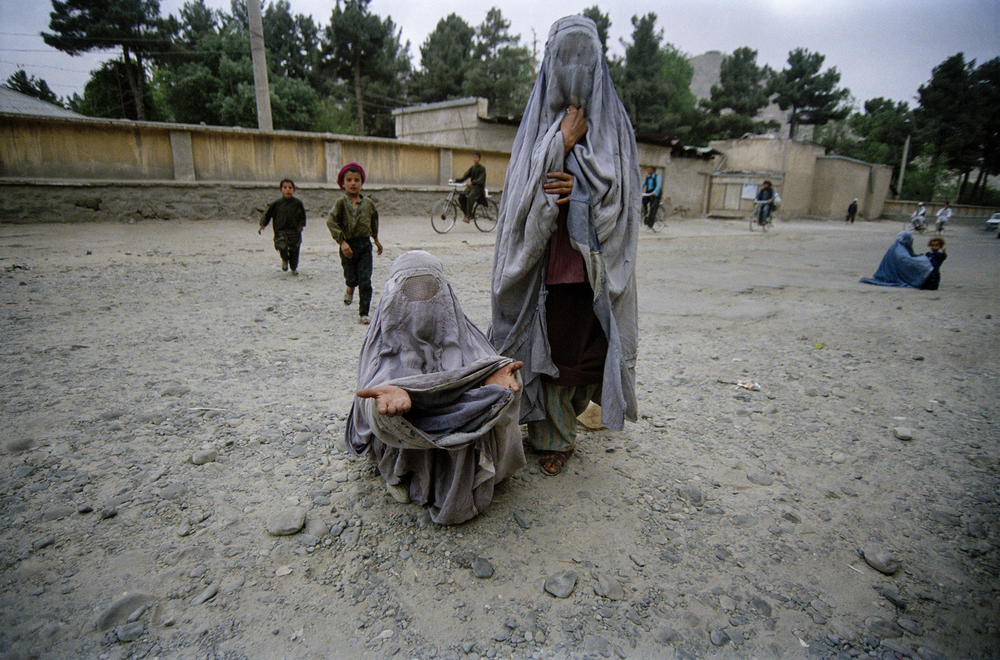 Courtesy of Lynsey Addario/GETTY IMAGES
Women beg on the streets in Kabul while living under Taliban rule; May 2000.

TNH: When you think about what you photographed back then, does anything surprise you about how you went about your work?

Addario: When I was younger, I was less respectful of people. I had that youthful sense that ‘well, I'm here to help you’, and walked around with that self-righteousness. I always asked permission, but now I’m much more cautious about having a full conversation and asking permission of people whose faces will be visible. I don't know if that comes with having done this for 20 years now, or because of Facebook and social media one has to assume that every single image that I take is going to make it back to that person. In Afghanistan when I worked under the Taliban, they were totally fine with me taking their photo because there was almost no chance that it would make it back to Afghanistan. I think that changes the rules a lot in terms of who gives permission.

People living in crisis are also a lot more savvy about how things work. They’re much more sceptical about the power of journalism and the power of the international community to be able to change things. People used to look to America for example as the world police, and the saviour that would swoop in and save a country from doom. No one turns to America or believes it will go in and do something. They had built up in their head that the internationals could come in and solve a problem. They’re a lot more sceptical now than they were 20 years ago.

TNH: Within the humanitarian sector, the images used to bring attention to crises have evolved over time. Whereas once showing a child with a distended belly and flies in his eyes was used to pull at people’s heartstrings and raise money, today the sector aims to show affected people with agency and dignity. Have you seen similar shifts in photojournalism?

Addario: I don’t go in and try to make people look worse than they are. I’m not a sensationalist photographer. Children with distended bellies is a symbol of severe malnutrition in many cases. I do think it's important in some situations to take that photo, because it shows the gravity of the crisis – like a drought where there are thousands of children dying from severe malnutrition because they can not get food. Nothing says mass starvation or a famine [more] than a distended belly or a child with spindly arms. I’m sorry if that’s offensive, but that is the reality. 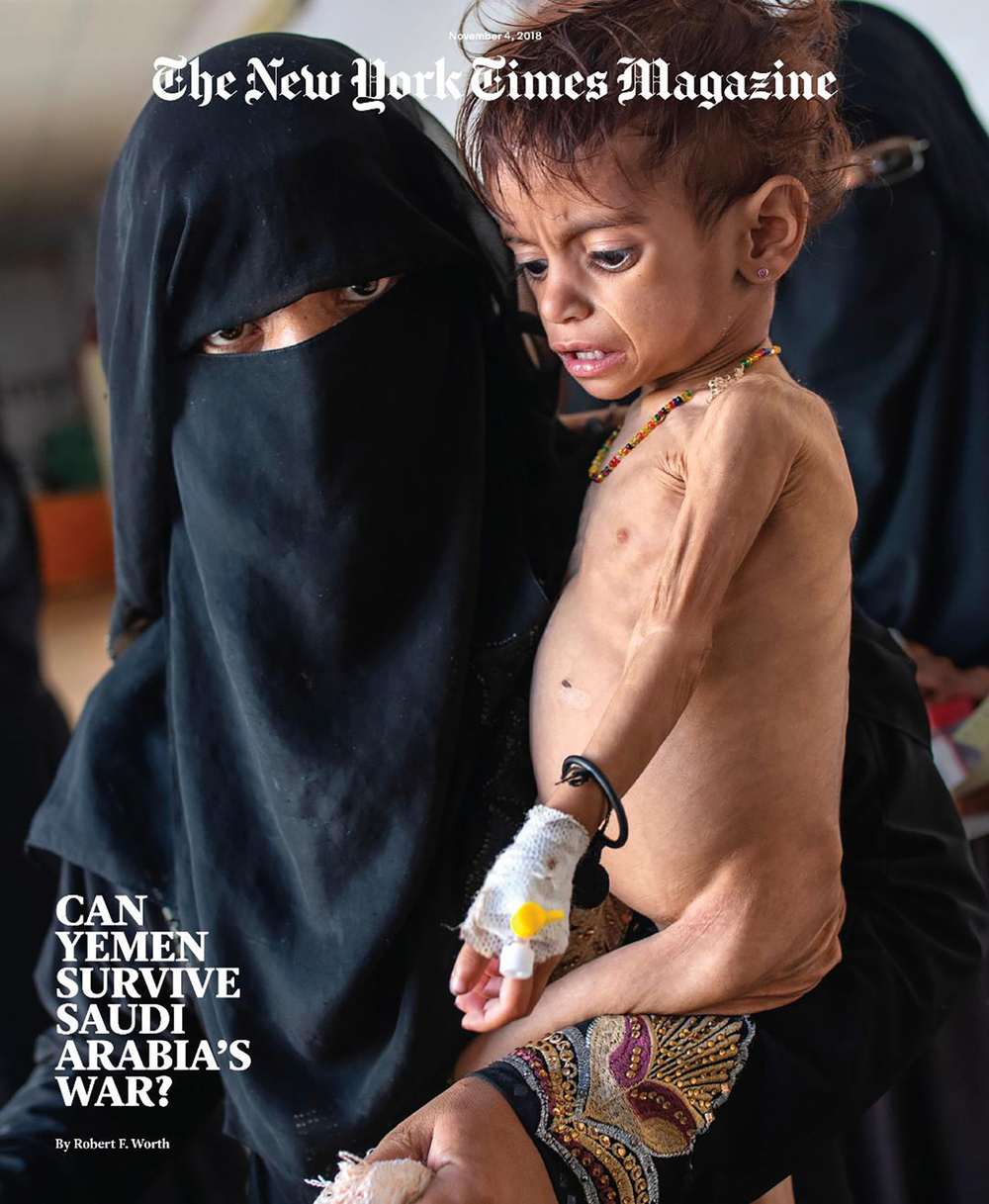 I think it’s important as a photographer to go in a respectful way, to make sure the family is ok, to ensure that the parents understand. People are savvy, they know who journalists are, they know what we’re doing, so I don’t think it's fair for someone who sees that photo to say you took advantage of that person. Actually, I find that offensive – you’re taking away the right of that person to make the decision to be photographed. Why would you know what’s best for that person more than [they] themselves [do]? I do think that those photos that are controversial need to be taken. If I’m given permission to shoot something, I will shoot it in the most dignified way I can, but that’s not to say I’ll publish it.

TNH: Going back to those early days of your career, do you see changes in the way crises were portrayed then, versus today?

Addario: People today are exhausted by the amount of crises going on. I don’t know whether it's because of social media that things are in our face now more than ever. We have more information and are exposed to way more images from those places. People are overwhelmed by that. The sheer number of crises going on has changed.

TNH: I’ve heard you talk about the risk of people becoming immune to suffering over time, with the bombardment of crises on social media. What decisions do you make so that people don’t turn away?

I try to cover topics that need to have discussions surrounding them. [I recently worked] on a breast cancer campaign with [fashion designer] Stella McCartney. I don’t do fashion, but I chose to do that because it’s a very different audience that I wouldn’t reach otherwise. And I think the topic of breast cancer and young women is really important and needs a voice. Those decisions also impact what I cover and how I cover them.

TNH: You’ve [covered migration] in the US recently, and COVID-19 in the UK. What is it like for you covering crises at home?

Addario: What drew me to start working in the US again was that all of the issues happening overseas are happening in my home country. I felt like it was time to turn my lens and attention to the US because I also feel a responsibility to cover those issues at home. 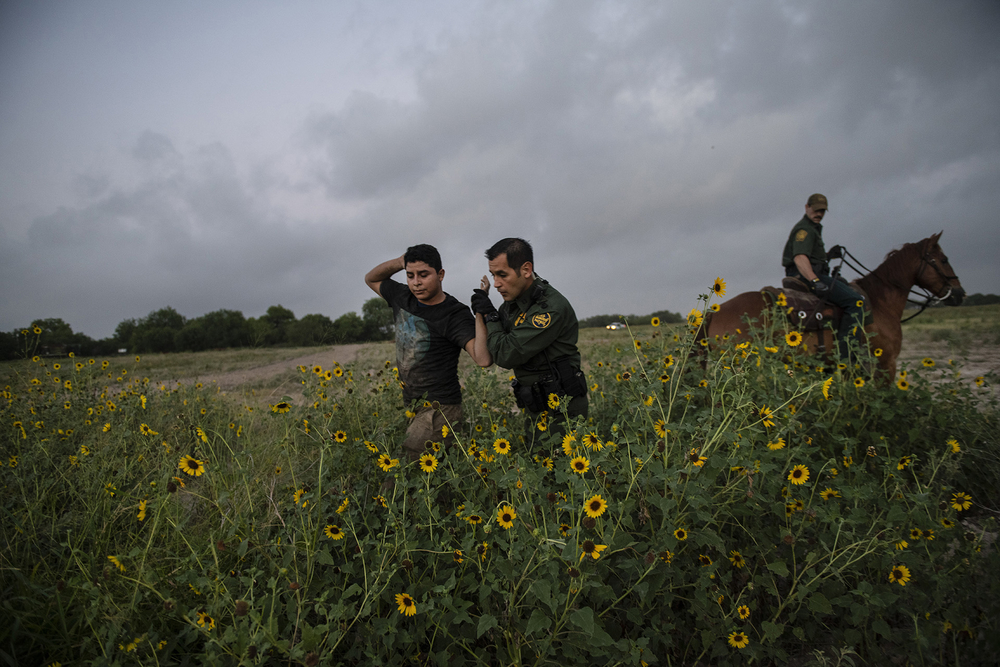 TNH: When you worked in hospitals covering COVID-19 in the UK, how did that compare to some of the other places you’ve worked?

Addario: I thought that there is a freedom of press here; that if there is a pandemic, journalists should have access to hospitals. I started emailing hospitals in March asking for access.

I felt like I was working in North Korea. I could not get access. I could not believe that the NHS just blanket-banned journalists. They gave BBC, Sky, and Channel 4 very little controlled access, but they had veto rights over the images coming out of the hospitals. That was shocking.

So I started covering funerals, funeral homes, and watched the death toll mount through the eyes of the funeral directors. It’s astonishing to me that the pandemic was completely censored here. I’m watching the second wave; I’m seeing so much more coverage. It’s in their best interest to let journalists in because people will wear masks and will abide by the rules if they see the toll of coronavirus. That’s not how it panned out the first time around. 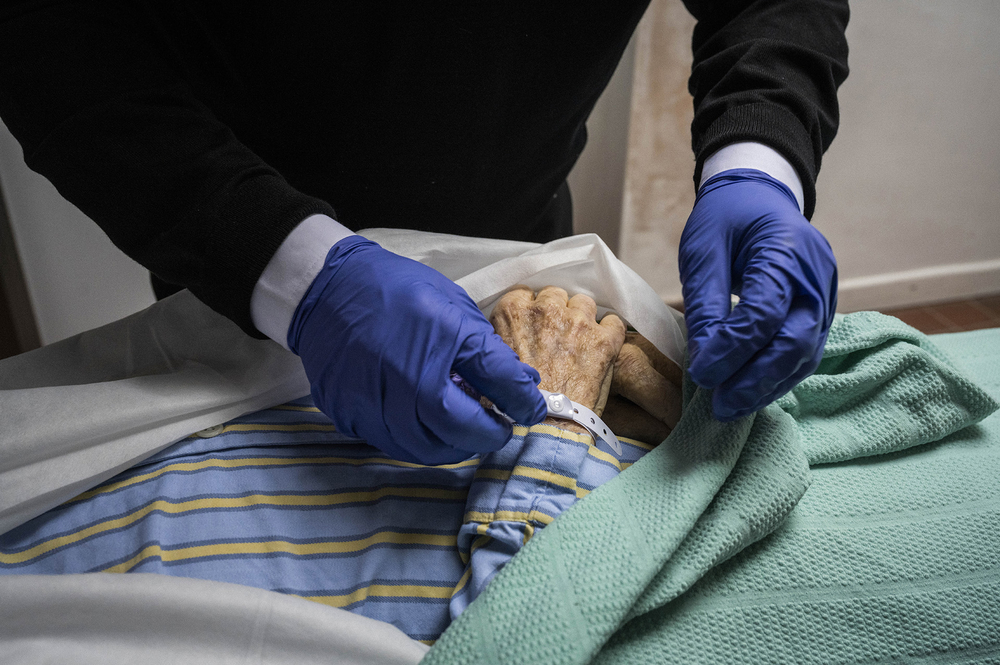 Courtesy of Lynsey Addario/GETTY IMAGES
An employee of a funeral home attaches a name tag to the wrist of a patient who died that morning in a nursing home; Somerset, April 2020.

I think there’s a real elitism in places like the UK that they think it’s ok to show what’s happening in other countries, but we will not show when our people are in hospitals dying of coronavirus. There was an arrogance in terms of how to deal with it, and that arrogance translated into complete censorship.

It was really eye-opening for me to see. I’ve worked in 50-60 countries, and to come up against this wall that was not only generated by fear, but that people will see that we were completely unprepared for the numbers. That’s embarrassing, because we had complete warning. Italy opened its doors to the media to prevent other countries from becoming overwhelmed and no one listened. 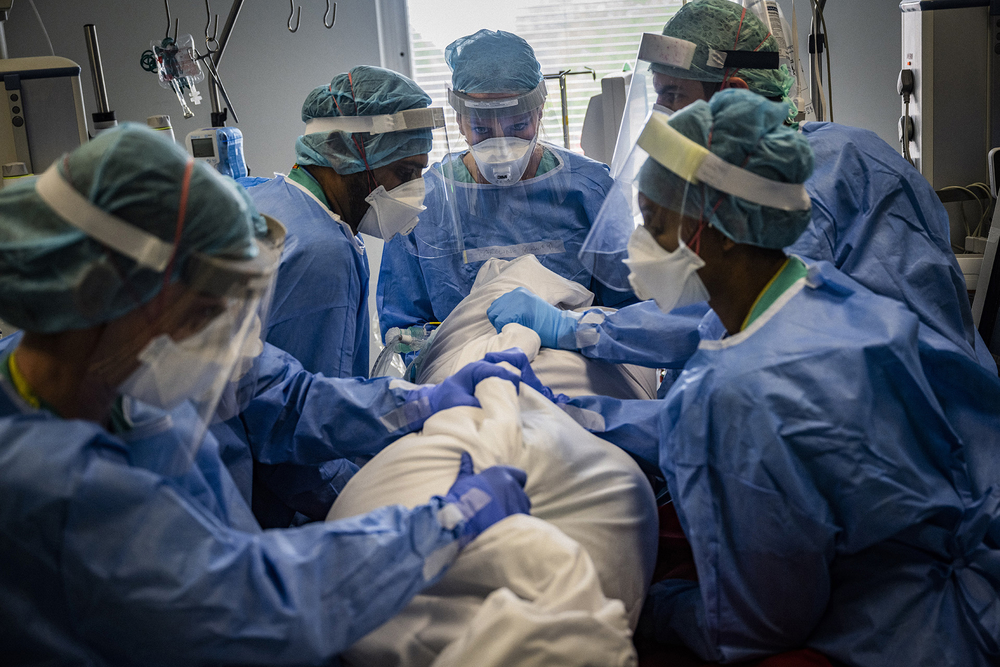 Courtesy of Lynsey Addario/GETTY IMAGES
Doctors tend to a suspected COVID-19 patient at the Royal Free Hospital in London; June 2020.

TNH: As you see crises taking place at home, how do you think our understanding of crises is likely to change?

Addario: I think people are more inward-looking now. I think people have their own crises on their own doorstep and are less likely to care about what’s happening overseas. That is a big problem because there are so many countries who have relied on the international community to come in. Now there are crises in the countries that were providing aid. If people’s own people are dying, that will take priority. Just look at the US and the number of people dead. People will turn their attention to home rather than outside.

TNH: Having documented crises over time, and seeing them carry on for so many years, do you still have the same faith that you might have had when you started your career that raising people’s awareness actually changes things?

Addario: I struggle with that, honestly. The question I get most often is: Why do you keep going back if you’ve been kidnapped twice, thrown out of a car, ambushed? And my answer is that people need to see and be aware and understand what’s going on. People in positions of power need the information and tools to make decisions to change the situation. Do I wonder if that's the case now? Yes. 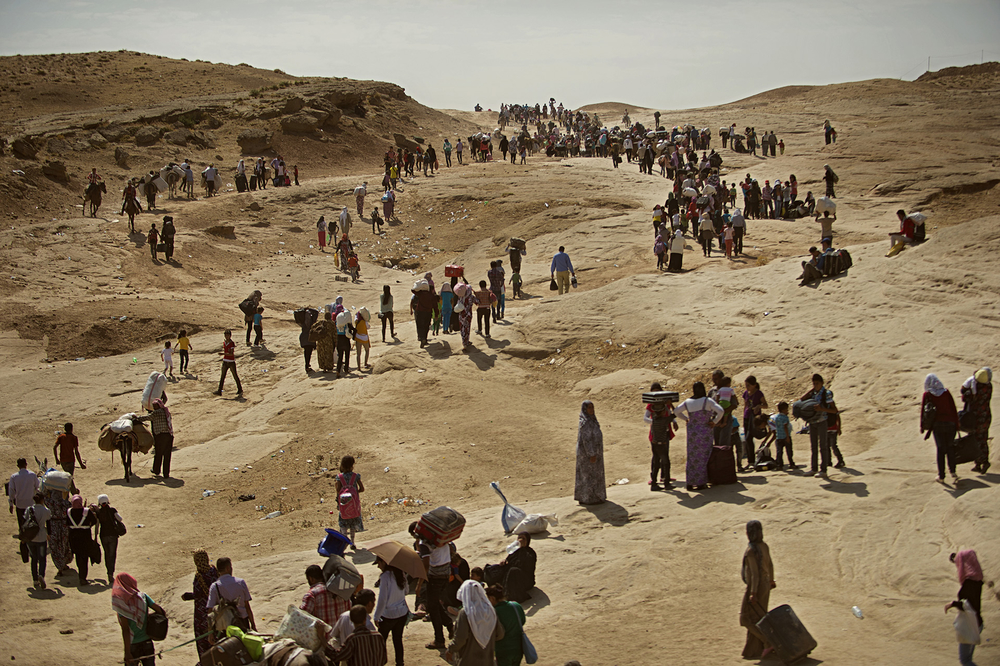 Courtesy of Lynsey Addario/GETTY IMAGES
Syrians crossing into northern Iraq near the Sahela border point in 2013.

The war in Syria is disheartening. I cannot believe that we’ve seen the images out of Syria – the chemical attacks, Alan Kurdi washed up on shore like a sleeping baby. We’ve seen the civilian casualties. 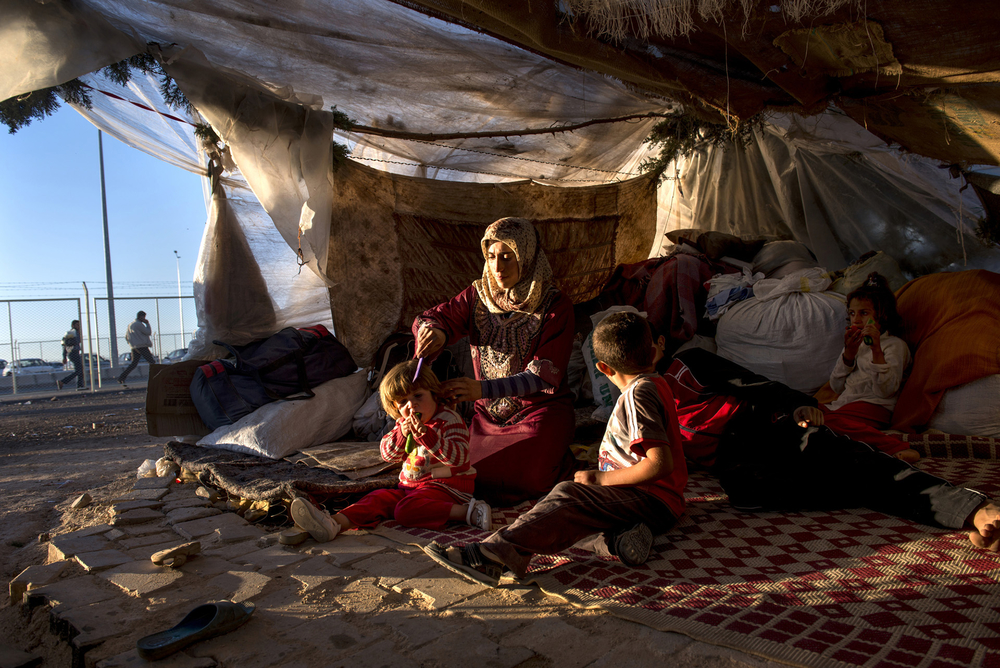 Courtesy of Lynsey Addario/GETTY IMAGES
A mother and her children sit in their makeshift tent outside a displaced person’s camp on the Turkish border with Syria in 2013.

I can not comprehend how the war in Syria is still going on. I can’t get my head around it. Yes, that gives me pause. Maybe people just don’t care? I don’t know. I have to reassure myself that regardless, it’s important to take these pictures and have a historical record of this time.