A political almanac, a miniature desk flag, a poster of presidents past and present: symbols of Tanzania, the country that has given her refuge since she fled violence in neighbouring Burundi in 1972, dot the home of Magreth Lameck Mtema in the town of Kigoma, on the shore of Lake Tanganyika.

By rights, these symbols should now represent Mtema’s own nationality but, like tens of thousands of her compatriots, she’s still waiting for the promise of naturalisation – first issued to her more than a decade ago – to be made good, in the form of a certificate of citizenship.

But even for the many former Burundian refugees who have received such documents, life in Tanzania remains full of uncertainty and restrictions, buffeted by the policy changes of the government and its uneasy relations with international partners.

Increasingly violent political tensions in Burundi in the run-up to a controversial referendum due on 17 May, raising the possibility of a fresh exodus, only add to the anxiety.

The Tanzanian government moved Mtema’s family to a house in Kigoma after they spent a few months of 1972 in one of several sprawling settlement centres that still house tens of thousands of refugees and newly naturalised citizens.

“There's when our lives started again," Mtema recalled. In the 40 years since, her family have helped make ends meet with the tomatoes, maize, and cassava grown on the plot outside their house. But the recent hardening of the government’s attitude towards refugees has her concerned. Now, she said, her family feels “insecure, because the general mood around here is changing” and they are still waiting for official citizenship.

“We're starting to get worried; we're unsure what's causing the delay, and this has left us in limbo,” she said.

Tanzania has a long history of welcoming refugees. For decades, it has opened its borders to hundreds of thousands of people fleeing conflict in their countries, especially Burundi, Rwanda, and the Democratic Republic of Congo, going further than most host nations by allotting new arrivals plots of land to farm and encouraging local integration.

In 2007, Tanzania offered the earlier 1972 Burundian caseload, numbering some 200,000 (many of whom were born in Tanzania), a choice of being helped to return to Burundi or of receiving Tanzanian citizenship, an option accepted by 80 percent of them.

The international community hailed the move, which included plans to allow the refugees to move out of sprawling settlement camps to anywhere in Tanzania, as a model for the world’s protracted displacement crises.

Although the process of naturalisation proceeded, it only did so in fits and starts. Some 170,000 Burundian former refugees have now been granted Tanzanian citizenship, but tens of thousands of others, including Mtema, are still waiting.

Not only are an estimated 30,000 Burundian refugees yet to receive their certificates, but plans to allow hundreds of thousands of new citizens to move to other parts of the country have never fully come to fruition because of local resistance to such influxes and disagreements over who would foot the bills.

To make matter worse, the government of Tanzanian President John Magufuli has over the past year appeared to be toughening its stance on refugees.

After a meeting with Burundian counterpart Pierre Nkurunziza in July 2017, Magufuli ordered yet another halt to the naturalisation process. He also sparked alarm by urging more recent Burundian refugees to return home, deeming their country safe enough to do so despite reports of widespread human rights abuses. A few months earlier, Tanzania stopped granting automatic refugee status for those arriving from Burundi.

Between September 2017 and February 2018, more than 16,500 Burundian refugees were assisted to voluntarily repatriate to Burundi, according to the UN's refugee agency, UNHCR. The government-led scheme starts a new round in April.

Timeline: Tanzania's many twists and turns on refugee policy

In another significant move, in January 2018, Tanzania pulled out of the Comprehensive Refugee Response Framework, or CRRF, a supposedly game-changing new global compact aimed at easing pressure on host countries by helping refugees to become more self-reliant and supporting the communities in which they live. Tanzania, one of 13 pilot countries for the initiative, cited lack of donor funds and unspecified security concerns as reasons for withdrawing.

This reference to security baffles Mussa Kiumbe Kunda, a Tanzanian resident of Kigoma who has witnessed the arrival of many waves of refugees over the years.

“We've never had the sense that refugees cause us insecurity in the town here, because I have never once felt threatened by having them here,” he said. “They're not a threat at all to our community.”

“The government has started interfering in refugees' lives and disturbing them; this was never the case before,” he said.

Mtema’s experiences back this up.

“Immigration officers come here often and disturb us; sometimes they ask for bribes, too,” she said.

Mtema said her brother, the family breadwinner, was recently sacked from his job as a senior civil servant after 15 years, simply because of his nationality.

According to Lucy Hovil, a researcher with with the International Refugee Rights Initiative, an advocacy group, the naturalisation process has been counterproductive for many in Mtema’s situation.

“A scheme which was supposed to sort out their legal status has actually made it much less clear,” she said. “This whole process has raised their level of visibility and they have become much more vulnerable as a result.” 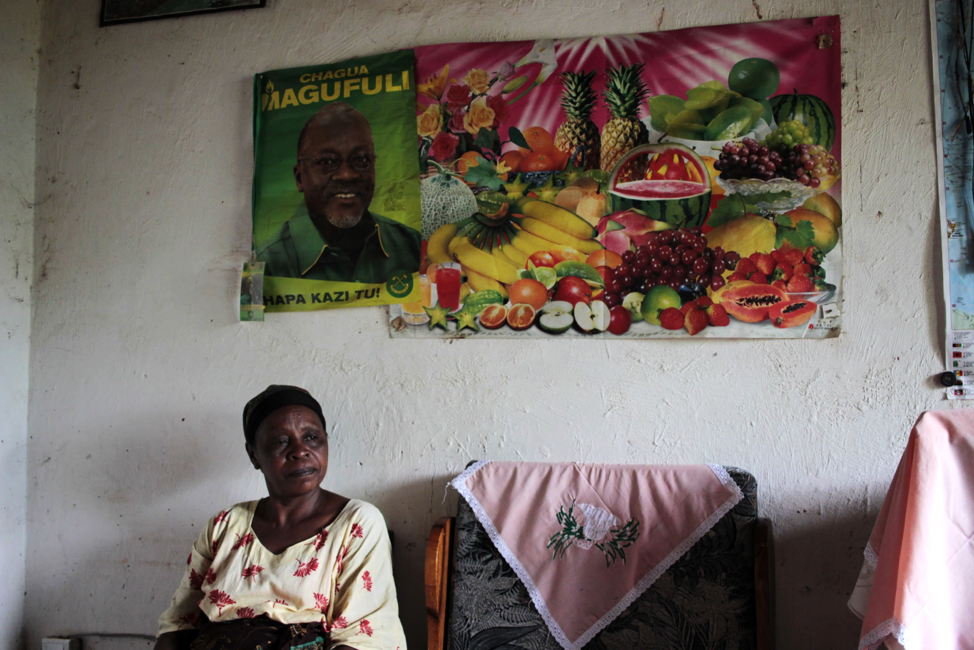 Populist politics may play a part in Tanzania’s recent calls for Burundian refugees to return to their country of origin, but analysts also point to the government’s fraught relationship with the international donor community.

“Tanzania has long felt that it has not been fully supported by the donor community in its response to refugee-hosting, which has historically been generous,” said James Milner, associate professor at Carleton University. "This narrative of Tanzania being abandoned, of Tanzania not receiving, of donors not delivering on the promises they made to Tanzania, is very important, and a very powerful narrative.”

As of January this year, UNHCR had received only five percent of the $119 million it had sought from donors to meet the needs of refugees and asylum seekers in Tanzania.

While lack of clarity over how responsibilities for implementing the CRRF should be shared between the government, the UN, and donors was a key reason for Tanzania’s withdrawal from the scheme, it is refugees who are feeling the effects.

“These projects were meant to build services for the host communities as well – primary schools, boreholes, hospitals, and so on,” said an aid worker who asked not to be named, while condemning a government that has been criticised as increasingly repressive and hostile to NGOs.

Since September 2017, UNHCR has helped more than 20,000 Burundians to return from Tanzania. This year, according to a joint communiqué between both governments, as many as 72,000 Burundians “who wish to return” will be repatriated.

"The governments of Burundi and Tanzania agree that, given the existence of peace, security and political stability in the Republic of Burundi, the two governments are in the position to move forward from providing assistance to voluntary repatriation… and promotion of returns,” the communiqué said.

But, given its own assessment of the current conditions in Burundi, UNHCR has said it will only support, not “promote”, such returns.

Last month, UN human rights chief Zeid Ra’ad Al Hussein listed Burundi as among “the most prolific slaughterhouses of humans in recent times”, in the same breath as Yemen, Syria, Myanmar, and the Democratic Republic of Congo.

“While Burundi isn't making the headlines that it was during the failed coup in 2015, we are still documenting serious human rights abuses being perpetrated mostly by state actors,” Lewis Mudge, senior researcher at Human Rights Watch, told IRIN, citing the “illegal and arbitrary detention of individuals who are suspected of being against the referendum” as common abuses.

A Burundian refugee in Tanzania who only gave his name as Nathaniel described people in Burundi as “worried” and “terrorised”. He said that “to escape from being arrested and/or killed, they will vote ‘yes’” in the referendum, which could allow Nkurunziza to stay in power until 2034.

Another aid worker who spoke on condition of anonymity, again for fear of reprisals, said that poor conditions in Tanzania’s refugee camps may drive refugees to return home on a “less than voluntary” basis.

"Refugees reported to our staff that decreasing rations in the camps appear to be a driver for returns,” the worker said, explaining that they are not permitted to work and earn money to buy additional food.

People like Mtema find themselves between a rock and a hard place.

“I have felt for a long time now that this is my home,” she said. “But these days I no longer feel welcome in Tanzania.” 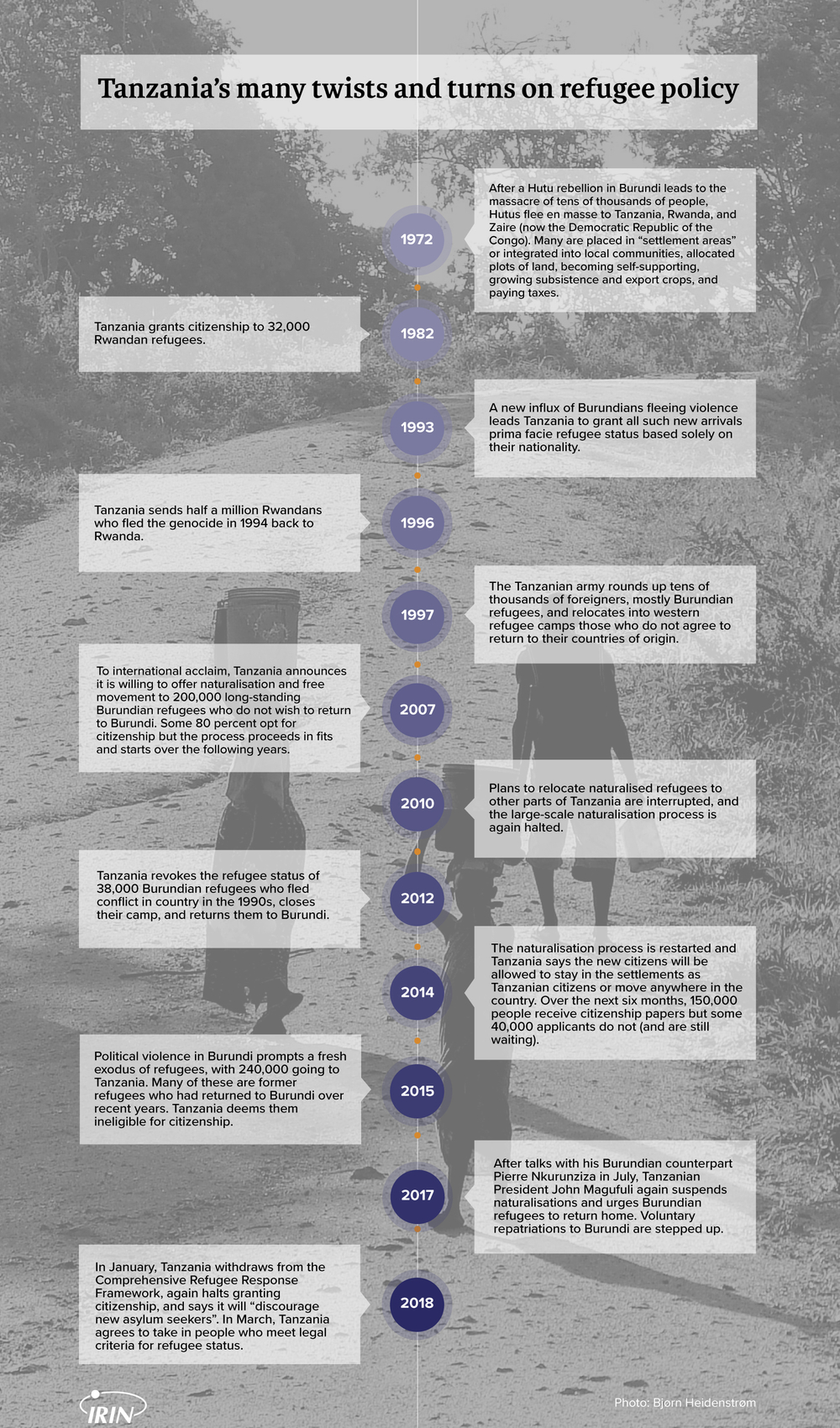