Read about what we achieved.
KANDAHAR

The baby fell asleep clinging to his father, who perched on the edge of a hospital cot, cradling the child protectively.

Ihsanullah, 17 months, suffers from a virulent, drug-resistant strain of tuberculosis, which has alarmed his father and challenged the doctors.

"There are injections and so many pills,” said his father, Bismillah. “The baby sees everyday the doctors with a white coat coming to inject him, so he is afraid."

But despite the daily needles and pills, Ihsanullah is fortunate: his father left his job as a soldier in the north of Afghanistan so he could bring Ihsanullah to receive cutting-edge treatment at a specialised clinic in the southern province of Kandahar – the country's ethnic Pashtun heartland and a former Taliban stronghold.

Throughout Afghanistan, however, an increasingly violent struggle for control is threatening access to vital healthcare. Pressure from a web of armed groups, including a resurgent Taliban, has seen medical workers targeted and health clinics commandeered or shut.

This has obstructed access to lifesaving care for hundreds of thousands of Afghans this year – and heightened the risk from deadly but treatable diseases like Ihsanullah’s tuberculosis. 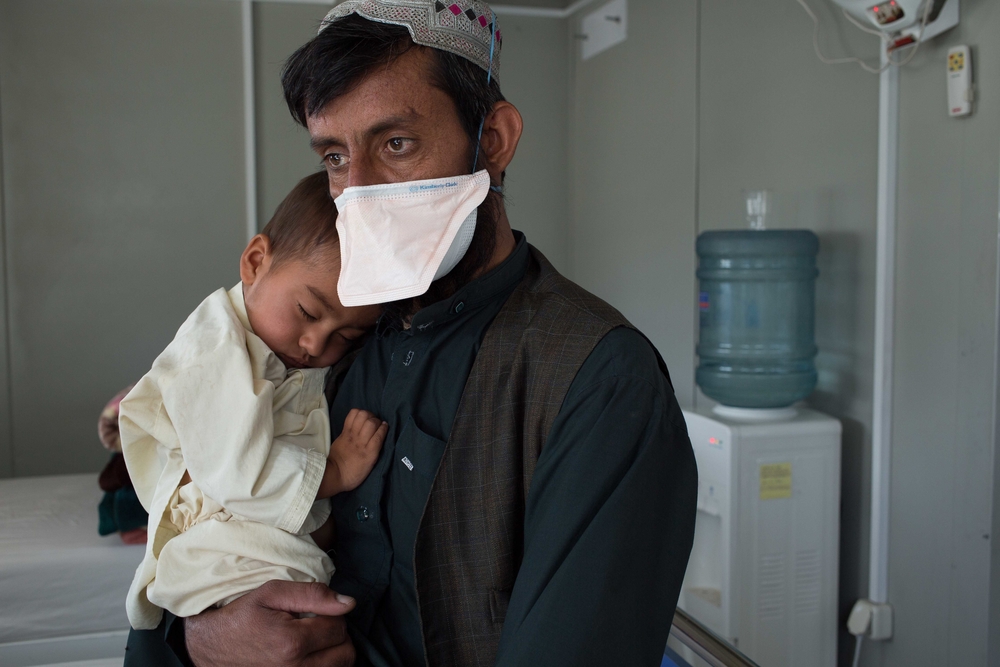 Ashley Hamer/IRIN
Ihsanullah, 17 months, and his father wait while the baby receives treatment for drug-resistant tuberculosis at a clinic in Kandahar. The child has embarked on an intensive nine-month treatment regime.

For the past two months, Ihsanullah has been a patient with aid group Médecins Sans Frontières, which runs one of only two facilities in the entire country where his complex strain of drug-resistant TB can be treated.

The baby's case is particularly troubling because tuberculosis is airborne and spread in close quarters, yet none of Ihsanullah's immediate family tested positive for the disease. He has nine months of heavy daily medication ahead of him.

The clinic in Kandahar was launched a year ago – the first of its kind for MSF in an active conflict setting. There is limited clinic bed space and a small patient guesthouse, both designed for long-term treatment. New technology allows health workers to speed up the cumbersome diagnosis process and fast-track treatment.

A state-of-the-art molecular testing machine brought in by MSF can now identify specific strains of TB on the spot. Previously, smear samples had to be sent to the capital, Kabul, or even to Europe.

Once diagnosed positive for a drug-resistant strain, the patient begins a newly-introduced treatment programme that lasts only nine months – the usual treatment for drug-resistant TB takes two years and requires close medical monitoring throughout.

“It is essential that people complete the standard TB treatment regime, because if they stop halfway or take the wrong drugs – which they do – they build up resistance,” said Rod Miller, project coordinator for MSF in Kandahar.

If left untreated, the drug-resistant TB is passed onto others; sufferers face a prolonged, excruciating death. 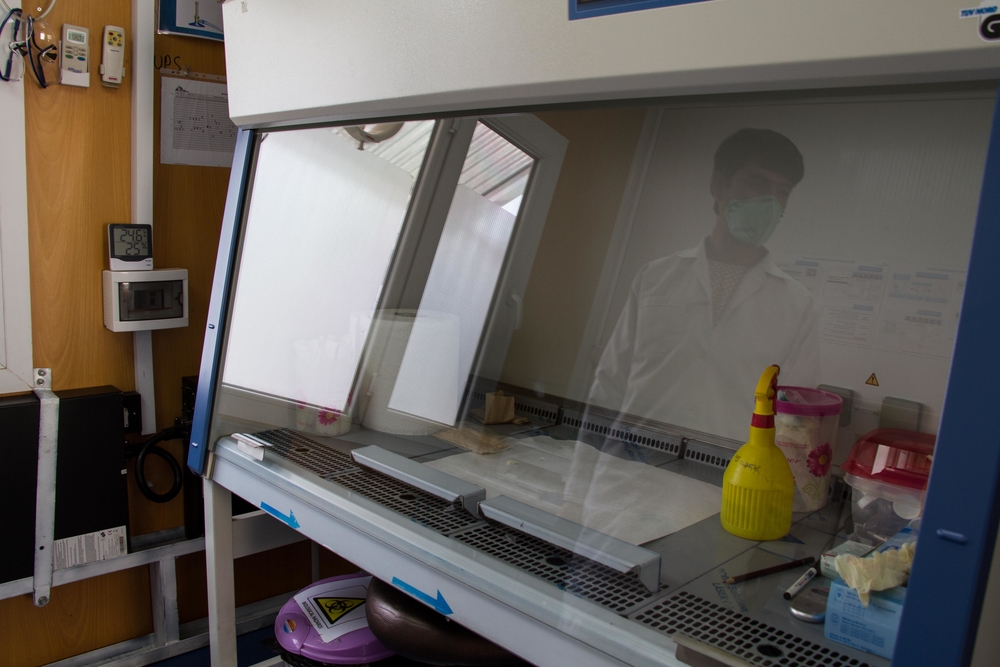 Ashley Hamer/IRIN
Specialist equipment brought to Kandahar can now identify specific strains of tuberculosis on the spot. Previously, smear samples had to be sent to the capital, Kabul, or to Europe.

Afghanistan, a nation of 34 million people beset by decades of conflict, counts at least 60,000 ordinary TB cases annually. The disease kills some 12,000 people each year.

Globally, the TB epidemic killed 1.4 million people in 2015. Only two new anti-TB drugs have been developed in the last 50 years, which means the same medicines have been in circulation for decades. Naturally, bacteria evolve to resist them.

MSF calculates there are at least 2,000 new cases of multi drug-resistant TB across Afghanistan every year – driven by inadequate or incomplete treatment, misdiagnoses and a flood of smuggled or substandard drugs.

But reaching Afghans to diagnose and treat TB is becoming a colossal challenge.

Less than 60 percent of the country is under government control. Outside of urban centres, people live in remote communities where infrastructure is minimal and access is thwarted by a harsh landscape and armed conflict.

“We do not leave the city. We can't follow up with every patient and trace their families because of security,” Miller told IRIN. “You are a stranger in every area.”

Kandahar, Afghanistan's second-largest city, has been relatively stable for the last two years. But the city is strategically located; supply lines connect it to Kabul and Quetta, a provincial hub in neighbouring Pakistan.

Beyond Kandahar city, government forces have a limited presence. This territory, along with Helmand province next door, is an old bastion of the Taliban insurgency. 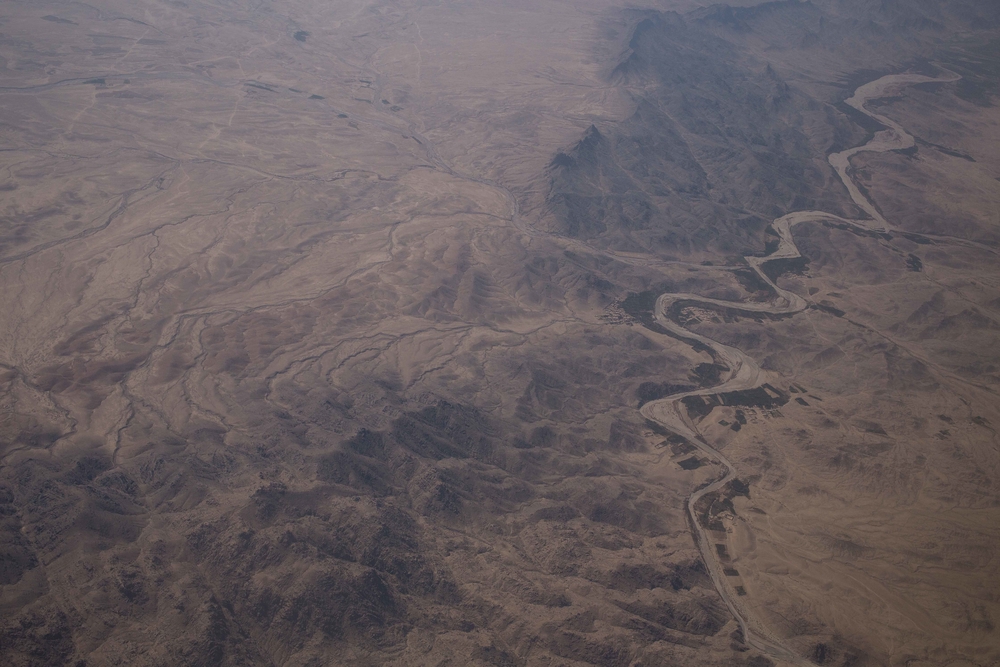 Ashley Hamer/IRIN
The rugged landscape of Kandahar, where the Taliban maintain a firm presence outside of major urban centres and much of the rural population is cut off from regular healthcare.

“The most vulnerable people cannot travel from remote areas or places where there is fighting and our drug transportation is ruptured. We cannot move the drugs to them,” said Dr. Mujib Ahmad, the medical manager for MSF in Kandahar.

Those making it to the MSF clinic – currently treating 18 patients – are the ones with enough strength and money to do so.

“If we could reach the most rural villages, we would see the numbers of [TB] cases increase so much,” he said.

Zakira, in her early twenties, travelled some 200 kilometres to reach the clinic from her home in southern Helmand.

“I was coughing and weak for a long time and struggled to care for my children,” she said. “I was diagnosed with TB in Helmand and took antibiotics but it didn't work.”

Zakira's husband and family have agreed to allow her to undergo treatment, which is not always the case for women whose place in traditional Pashtun culture is within the home, explained Mohammad Mutawazee, the MSF project coordinator assistant. This is another barrier for health workers, as women account for two thirds of Afghanistan’s tuberculosis patients, according to the World Health Organization. 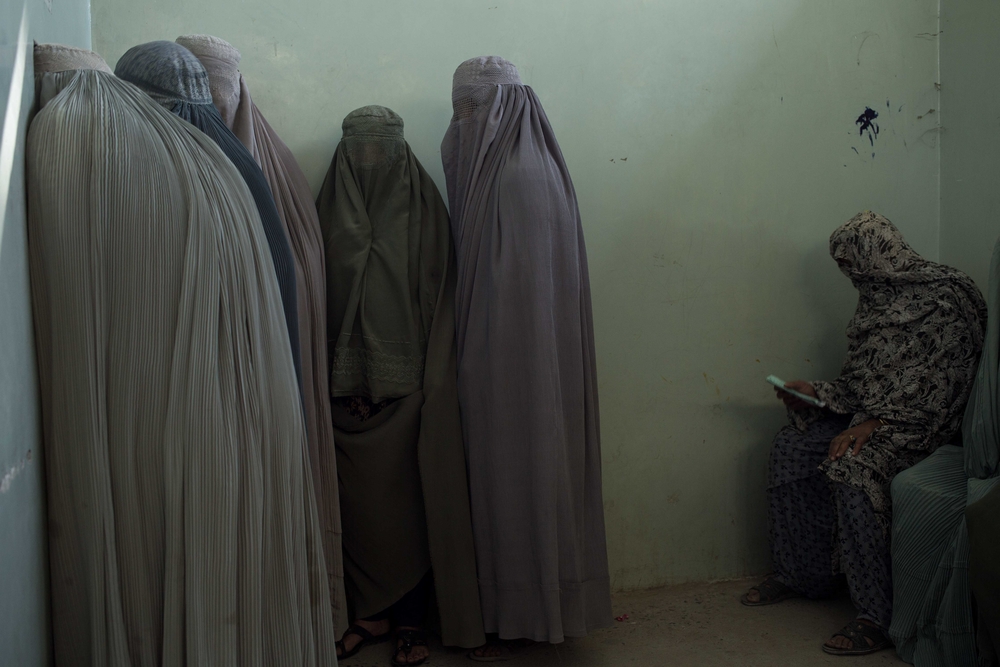 The conflict is gaining momentum, engulfing parts of the country that had been relatively secure and placing added pressure on healthcare providers.

In Uruzgan Province to the north of Kandahar, the Taliban are accused of forcing the closure of medical facilities in a bid to control healthcare in disputed areas. The United Nations says more than 80 percent of the health facilities in the province were shut through September, cutting off some 420,000 people from healthcare. MSF says many patients are arriving in Kandahar from Uruzgan and Helmand because treatment isn't available in their home areas.

Similarly, combatants forced a Swedish NGO to shut the majority of its health facilities in eastern Afghanistan’s Laghman Province in June and July, affecting half a million people and causing 70,000 children to miss a polio immunisation campaign.

OCHA, the UN’s emergency aid coordination body, reported more than 100 incidents against health workers and clinics through September – more than double the amount for the whole of 2016. Aid groups estimate that 36 percent of Afghanistan’s population has no access to primary healthcare.

In a pivotal sign, the International Committee of the Red Cross this month announced a drastic reduction of its operations after 30 years in Afghanistan.

Seven ICRC health workers have been killed in the last year alone – victims of targeted attacks. Thomas Glass, the ICRC’s head of communications in the country, said a proliferation of armed groups competing for control has created a “grey zone” of dangerous uncertainty.

“As soon as you step out of the urban areas, there are strong shadows cast over who controls what area and who belongs to whom,” Glass told IRIN. “We cannot help people if we are going to be targeted.”

Back at MSF’s Kandahar clinic, Ahmad Shah is living proof of the importance of health access.

“I have put on so much weight and I feel so well that I want to fly,” he told IRIN.

But the conflict and narrowing access make the fight against tuberculosis an uphill struggle. The WHO says health providers were only able to treat 138 cases of drug-resistant TB in Afghanistan last year.