On 17 May, a Muslim religious leader named Abdul Ghafoor was travelling from Afghanistan’s capital, Kabul, to his home province of Logar when Taliban fighters ambushed his vehicle and shot him dead.

Ghafoor was returning from a conference held by an organisation called Nahdlatul Ulama Afghanistan, Arabic for “the awakening of the Islamic scholars”. The group works to counter extremism by instructing imams like Ghafoor in Islamic teachings, such as the importance of tolerance of other beliefs and of women’s equality.

But in Afghanistan, preaching peace can get you killed.

In 2015, another member of NUA in Ghazni Province was murdered while driving home from Friday prayers after delivering a sermon about women’s rights. Someone had attached a bomb to his vehicle, according to Fazal Ghani Kakar, the Islamic scholar who founded NUA.

Another imam, Azizur Rehman Seddiqi, narrowly escaped death in a similar attack in December 2014. He was badly burned while his son lost a leg.

Police investigations were inconclusive, as they often are in Afghanistan, but Kakar told IRIN that the culprits were almost certainly members of the Taliban or the so-called Islamic State. Both groups promote a militant version of Islam that condones the killing of anyone they decide is aligned with the Afghan government or its international backers – including civilians.

“[They] say, ‘Anybody who is living in Kabul should be killed’,” said Kakar.

The evidence of this brutal ideology can be increasingly found on the bloody streets of the capital, and other parts of the country under the government’s authority. 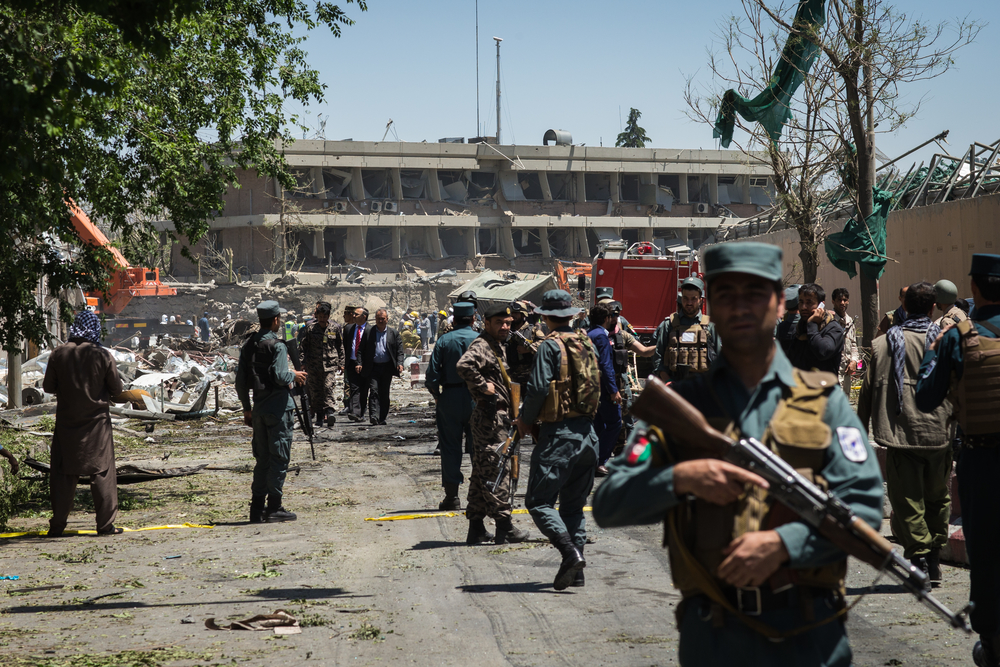 Ivan Flores/IRIN
Damage from a blast that detonated in the diplomatic district in Kabul, Afghanistan on 31 May 2017. It is estimated that 150 people were killed and 300 were wounded.

In late August, IS claimed responsibility for a suicide attack killing at least 20 people at a Shia mosque in Kabul. It mirrored an assault four weeks earlier, when at least 31 civilians were killed in the western city of Herat after two IS militants opened fire and then blew themselves up during prayers at a Shia mosque. In July, the Taliban claimed responsibility for bombing a bus – an attack that killed at least 30 civilians in Kabul. A bomb in the diplomatic quarter, which remains unclaimed, killed at least 150 people at the end of May.

These are just a few of the most recent attacks. Deadly violence occurs daily throughout Afghanistan, and the toll on civilians has been getting worse since the UN mission started collecting data in 2009. The mission confirmed 1,662 civilian deaths in the first half of 2017, a slight rise over the same period last year.

While violence has climbed measurably for almost a decade, the government’s writ has been shrinking.

“The struggle between the Afghan government and insurgents remains a stalemate,” according to the Special Inspector General for Afghanistan Reconstruction, which reports to Congress on how US funding has been spent. Only 60 percent of the country’s districts are under the government’s control or influence, SIGAR said in a 30 July report. That’s despite the $714 billion the US has pumped into the country for “war fighting and reconstruction” since overthrowing the Taliban regime in 2001.

Those costs will continue to swell. US President Donald Trump’s Afghanistan strategy extends military involvement in the country while offering no clear exit timeline. Yet the epic costs the US has already borne in Afghanistan – including some $70 billion spent on rebuilding the country’s beleaguered security forces – have failed to stop the increasing power of militant groups.

Kakar said imams can provide part of the solution to countering the extremist ideology that leads to violence.

“We saw that the insurgency becomes stronger because of the youth, who get extreme teachings or mentalities and go and join the armed opposition,” he said. “Here, the role of the ulama (Islamic scholars) is very important, because they have to give the right mentality to the youth: be constructive, not destructive.” 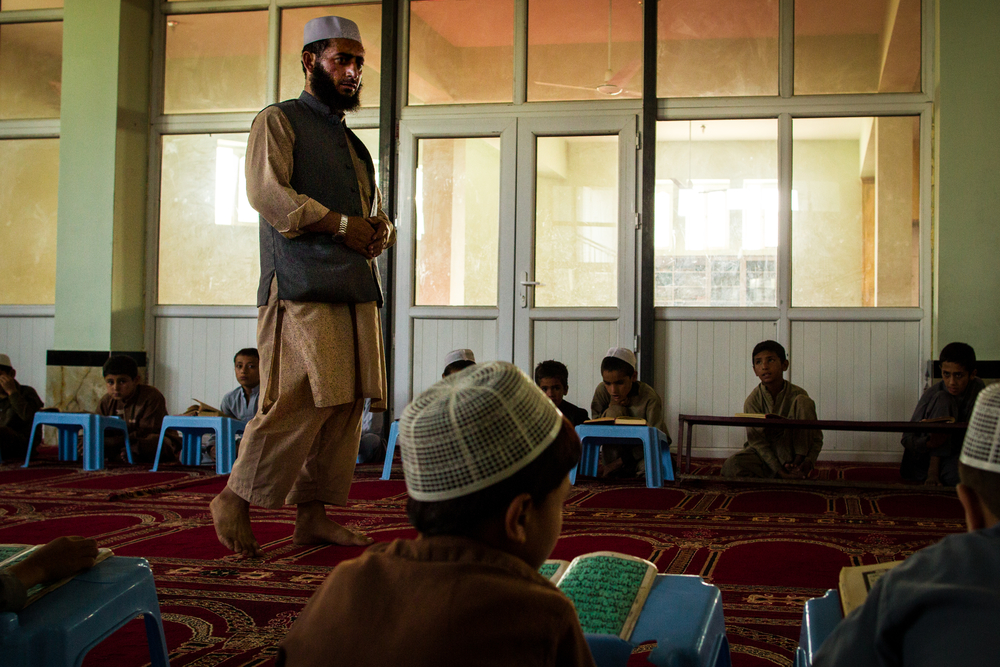 ‘You are a moderate imam’

It can be a delicate message to deliver, even in Kabul. On a recent evening on the capital’s outskirts, Imam Wasiq Ahmad led Friday prayers at his mint-toned mosque – the first of 20 built by NUA.

Most people that come to hear his sermons – which often delve into themes of women’s equality, or the importance of peace in Islam – are receptive to more progressive ideas, Ahmad said. Even so, some of the men that approach him after his sermons are not.

In Jalalabad, the capital of eastern Nangarhar Province, Imam Nisar Ahmad said he uses scripture to underline his messages of peace.

“If we can prove something from a religious point of view, people will accept it,” he said.

But he has also been threatened.

“Once, I was in a conference and took a photo with some female scholars there. People started talking and asking why I would do such a thing,” Nisar Ahmad told IRIN. “So you can imagine what they say when it comes to other things.” 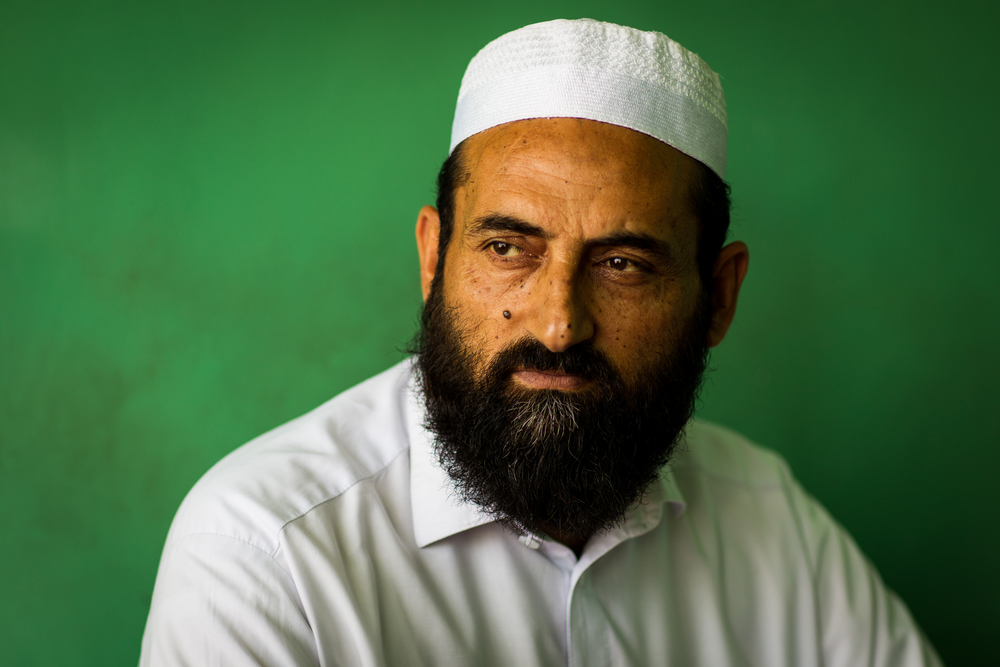 Ivan Flores/IRIN
Nisar Ahmad is an imam in Jalalabad and a member of Nahdlatul Ulama Afghanistan.

In addition to threats from extremists, imams who are part of NUA must also be careful not to present themselves as being directly aligned with the government or the international community. The last 15 years have seen the steady erosion of faith in both, since many of the promises made to Afghans – development, jobs, and a clean government, for example – have failed to materialise.

“I once spoke about the benefits of polio vaccine in the mosque and that is why some people started saying I work for NGOs,” said Zia ul Haq, an imam in Kunar Province, in Afghanistan’s east. “People started warning me not to say these things.”

NUA relies on funding from Indonesia – the world’s most populous Muslim-majority country – for much of its support. Nahdlatul Ulama was founded in Indonesia in 1926, and launched a global anti-extremism initiative in 2014. The Afghanistan chapter has trained 6,000 imams since then, according to Kakar.

But it can be an uphill struggle. Imams who are part of NUA are also competing against others who preach extremism. 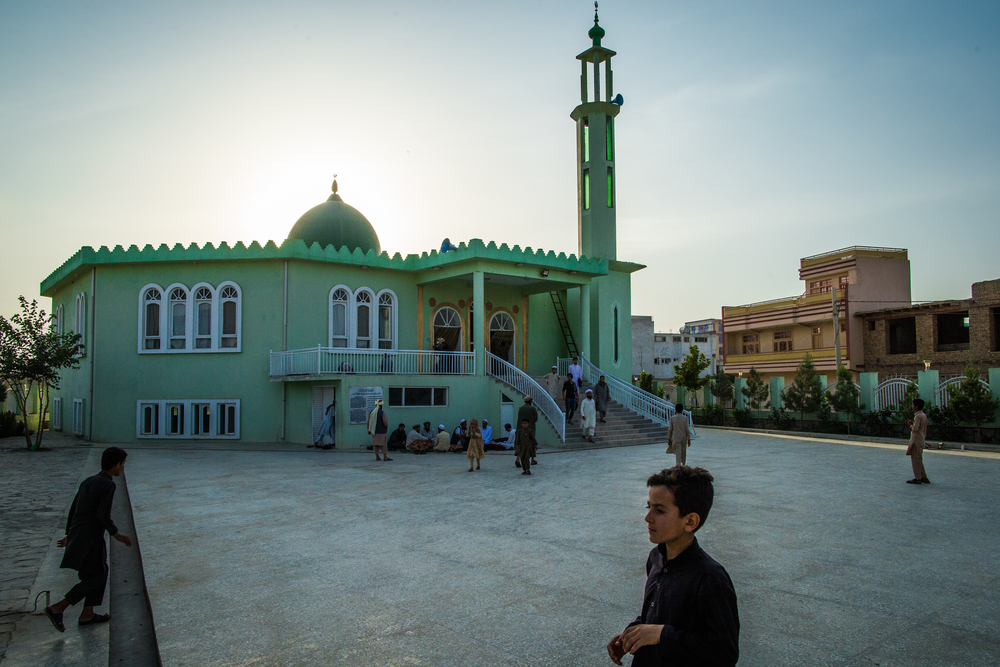 Ivan Flores/IRIN
Masjid Salam, a mosque on the outskirts of Kabul, Afghanistan. The imams inside Masjid Salam have received training from Nahdlatul Ulama Afghanistan, which works with imams to counter extremism.

Ishaq Haidari, a spokesman for the Ministry of Hajj and Religious Affairs, told IRIN that the government tries to combat hardline messages.

“If [the imams] say anything against national interests, then the country’s security forces are responsible to arrest them,” he said. But he admitted that most extremist imams are preaching in the 40 percent of the country that is not under government control.

Hayatullah, another NUA member in Nangarhar Province, said it’s hard to convince people of a message of peace in the middle of a war.

“Some join terrorist groups because they have faced injustice and this is why they choose the way of armed opposition,” he said. “We tell people that if there is peace then there will be development and people will have access to education.”

The government’s lack of authority, as well as its other issues like corruption and ineffectiveness, also make it difficult to convince some people that peace will bring results.

“Some people say we only talk, but take no action,” Hayatullah said. “But actually that is the job of the government.”