This article is part of our in-depth coverage. Read more like this...
Part of a special project exploring violent extremism in Nigeria and the Sahel
MAIDUGURI

It’s often said that prevention is better than cure. But when it comes to the devastation wreaked upon civilians by armed groups, can cure serve as a form of prevention?

For Imrana Alhaji Buba, a policy specialist at the Global Alliance of Youths Countering Violent Extremism, the answer is a resounding “Yes”.

“Providing trauma healing for victims of terrorism is an integral part of countering violent extremism,” he told IRIN.

“Many of the victims of terrorism are likely to suffer severe emotional trauma that may affect their ability to develop emotional awareness, empathy, self-esteem, and basic problem-solving skills,” he added.

“Left unchecked, many of these victims will grow up believing that violence is the only solution to coping, and, as a result, many of them become vulnerable to extremist viewpoints. Therefore, one of the most effective ways to defeat terrorism is to promote effective trauma counselling.”

“We trekked for five days until we got to Biu, and I couldn’t think clearly again – I just lost my mind and became unconscious.”

Though the 35-year-old mother of three yearns to return to her normal life after reuniting with her family in the state capital, Maiduguri – where displaced civilians have doubled the population from one to two million – Wuliya has struggled to overcome mental health problems.

“Sometimes I stayed awake all night thinking, and I kept having nightmares,” she said. “My husband left me because he couldn’t stand the suffering here.”

Most survivors like Wuliya are in dire need of mental health assistance, but Boko Haram's brutal insurgency has left most healthcare facilities in ruins, as well as destroying entire villages and crops.

READ: Our in-depth package of articles on Boko Haram

The Neem Foundation, a non-profit led by psychologist Fatima Akilu, is doing what it can to bridge the gap in Borno State.

“There is a misconception that psychological trauma is a secondary need that does not qualify as part of an emergency response,” Akilu said.

Such trauma is caused by the region’s recurrent violence, arbitrary detention, disappearances, forced displacement, forced recruitment, and abuses such as sexual and gender-based violence.

Yet there are fewer than 150 psychiatrists in Nigeria, a country of 182 million inhabitants, according to the Ministry of Health.

In Borno, there are just eight: half of them state employees, half working with the foundation. 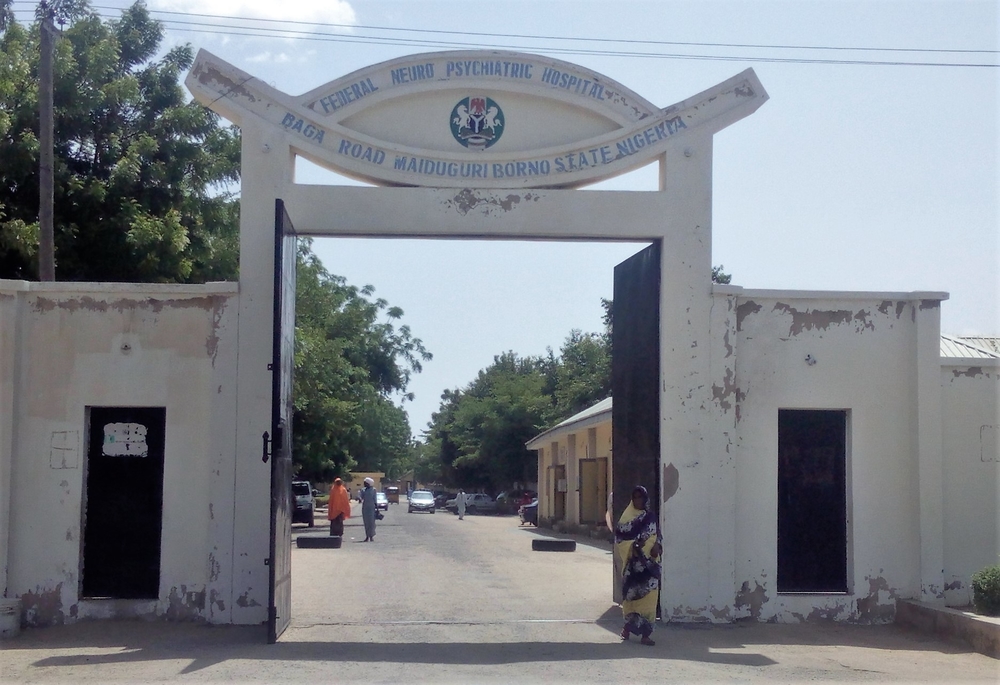 “Though the Nigerian army recently deployed a psychologist to Maiduguri, the dearth of available practitioners still mean that people rely on religious institutions for relief,” explained Akilu.

Barely three percent of the national health budget is spent on mental health, according to the UN’s World Health Organization.

In the entire northeast of Nigeria there is just only one mental health hospital: the Federal Neuropsychiatric Hospital in Maiduguri.

“Boko Haram attacks are either a direct or indirect factor in the growing trauma in this region,” said Sadiq Pindar, a consultant psychiatrist at the hospital.

“Most IDPs [internally displaced people] need mental health assistance but they are poor and we lack adequate funding to tackle these needs.”

Common symptoms of the effects of violence in the area include social withdrawal, loss of appetite, aggression, anxiety, depression, and flashbacks that trigger nightmares.

The Neem Foundation’s activities include training non-professional counsellors on how to treat such trauma. A year ago it launched a “Counselling on Wheels” programme in Maiduguri, in which 20 lay counsellors and trained psychologists conduct housecalls to assess individual needs through clinical interviews, observation, and psychological testing.

The lay counsellors have “no professional psychological background,” said Terna Abege, one of the foundation’s psychologists. “But with our intensive, hands-on training on trauma treatment they are able to handle the counselling process, deal with trauma, and build resilience for IDPs.”

The counselling sessions create a space where the voices of victims of terrorism can be heard; their trauma, fears, grievances tackled head on, Abege added.

The Global Alliance’s Buba, who is also the coordinator of the Yobe-based Youth Coalition Against Terrorism, told IRIN that using homegrown solutions is the most effective way to help IDPs return to their normal lives again and end the Boko Haram insurgency.

“Involving the IDPs in the dialogue sessions will make them feel important and worthy members of society, and this can help dispel the notion that the host communities are alienating them,” he explained. “This will also facilitate peacebuilding, because victims of terrorism are important voices in the fight against violent extremism.”

Recognising that minors are affected by trauma just as much as adults, the Neem Foundation opened a dedicated child trauma centre in Maiduguri last year, the first of its kind in Nigeria.

“The children's trauma centre was set up to provide specialised services to children in a safe environment as well as to train counsellors in how to work with traumatised children,” said Akilu.

“The numbers of children affected is staggering.”

According to UNICEF, more than 2.7 million conflict-affected children need psychosocial support in Nigeria.

Many children affected want to take up arms to exact revenge on the perpetrators of violence, according to Terna, who quickly added: “we don’t want that”. 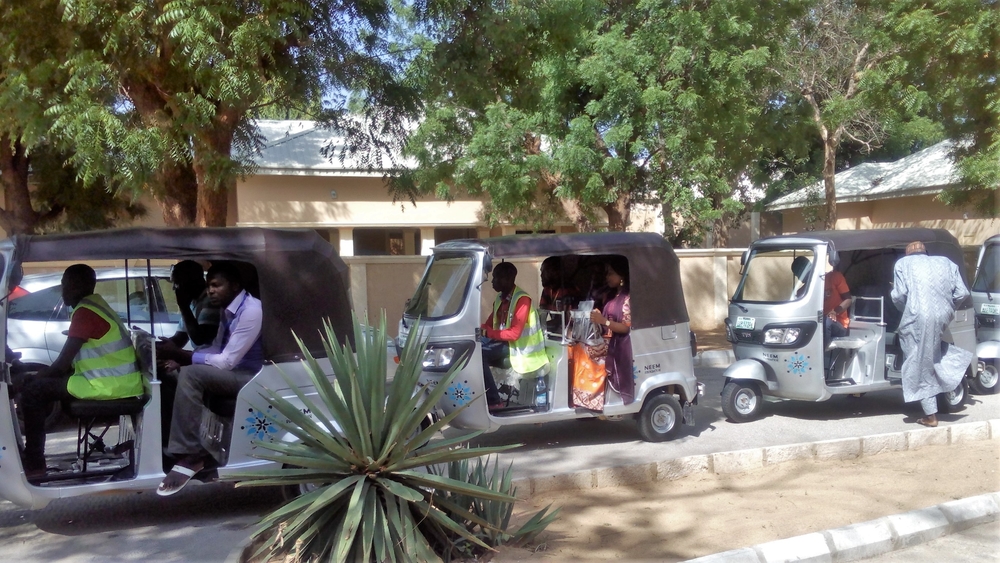 Before being helped by the foundation, 45-year-old Aisha Kyari, who fled Damboa after the attack three years ago and now caters for five grandchildren in Maiduguri, described the difference the counselling had made to her life.

“I used to panic too much, and whenever I heard any loud sound, I began to have a pounding heart and chest pain or smothering sensations, and a deep fear of impending doom,” she said. “But now, there’s progress. Since the lay counsellors began to come here, you can see that we smile now. Before, it was very difficult.”

Akilu explained that recovery from trauma depends on support from families and communities, as well as restoring livelihoods and providing long-term mental support.

“At Neem, we believe that models of healing must take into consideration the whole person’s needs: food, shelter, education, health, but also psychological needs,” she said. “There is currently very little attention being paid to psychological needs by both statutory and non-statutory bodies.”

Abubakar Usman, one of the lay counsellors, said the benefits of his work were evident.

“I am a native of this state and I’ve seen all the suffering our people have endured,” he said. “I strongly believe that through counselling people can bounce back because without peace of mind, every other intervention is useless.”

Aside from providing psychological services, foundation staff also try to help the survivors of the violence improve their economic situations, in some cases encouraging them to set up small businesses so as to end their dependence on aid provided by the state and humanitarian agencies.

After its own work is completed, the foundation encourages people to form their own support groups and hold weekly meetings to share their worries, problems, and success stories, and to provide constructive advice and care for any member of the group who begins to relapse.

Aisha Kyari now collects firewood and charcoal from her friends and relatives to sell around the city, and keeps the profits at the end of every business day.

“The psychologists and lay counsellors gave us hope,” Kyari said. “After selling, I use the profit to buy food and household items to sustain my five grandchildren and me.”

“Whenever I remember all I lost, I used to want to just give up, but I don’t have such thoughts again since I joined the counselling sessions,” she told IRIN. “I have accepted everything that happened and I am more willing to move on now. I don’t think about all I lost anymore, neither do I think about my husband who left without a word.”

(TOP PHOTO: Scores of shoppers were killed when Boko Haram bombed a shopping centre in Abuja in February 2015. Ikechukwu Ibe/IRIN)