This article is part of our in-depth coverage. Read more like this...
Part of a special project exploring violent extremism in Nigeria and the Sahel
MAIDUGURI, Nigeria, Nigeria

Isolation helps propagate radicalisation, so providing information and giving an empowering voice to civilians helps reduce it. That’s the idea behind a radio station broadcasting across a vast region in West Africa devastated by the Boko Haram insurgency.

As the “on-air” lamp flashes in the sound-proofed studio, presenter Fatima Ibrahim Mu’azzam puts on her headphones.

“Good morning and welcome to Dandal Kura Radio International,” she says in the local Kanuri language. “It’s a beautiful morning in Maiduguri and I’m excited to bring you your favourite phone-in programme, Kuttunumgulle,” she adds, using the Kanuri phrase for “listeners’ complaints”.

After a news bulletin, which includes updates from the Presidential Committee on the Northeast Initiative (PCNI), the phone-in segment of the show starts.

“My name is Mallam Ahmad and I’m calling from Dalori camp in Maiduguri, home to more than 18,000 who fled Boko Haram attacks,” the first caller says, in the Hausa language.

“Good morning Ahmad. We’re happy to hear from you. What’s up for us today?” asks Mu’azzam, effortlessly mixing between the two languages.

“Please help us tell the government that our girls and women are being raped,” says Ahmad, his voice heavy with anger. “This has to stop because we’ve suffered a lot.”

“I’m sorry about that, Ahmad,” responds Mu’azzam. “We will try to bring the issue to the government so they can act fast to stop the rape.”

The next caller, Bashir from Yobe State, says internally displaced people like him are suffering.

“We don’t get the food, and things like clothes, tents and blankets, allocated to us… This is corruption and it’s not fair at all. We want the government to set up a committee to consider the diversion of food and other relief materials.”

Mu’azzam assures Bashir the government will be urged to address this.

Other callers complain about the rising cost of living in Maiduguri, the capital of Borno State and birthplace of Boko Haram, and several others say they can’t afford to continue staying away from their villages.

Since the Boko Haram insurgency erupted seven years ago, some 20,000 people have been killed and almost 1.9 million internally displaced, the largest portion of them to Maiduguri. Some 5.2 million of northeastern Nigeria’s 5.8 million people are food insecure, largely as a result of the insurgency.

Dandal Kura, which receives funding from the United States and the UK but remains independent editorially, broadcasts six hours of programming every day, reaching a potential audience of millions, not only in northeastern Nigeria, but also in neighbouring Chad, Cameroon, and Niger – all countries where Boko Haram is also active.

“This phone–in programme gives IDPs and people affected by the conflict a loud and clear voice,” explained Mu’azzam in an interview with IRIN.

The station also provides information about the government’s counter-insurgency operations, as well as about facilities such as medical centres, farm irrigation, sports, human rights, and entertainment.

“Information is key to countering insurgency and that is why we begin some programmes with a news bulletin which tries to inform people about activities of the PCNI, the body responsible for the coordination of humanitarian response and recovery in the region,” Mu’azzam added.

The Boko Haram insurgency has claimed more than 25,000 lives in the past six years. Since 2014, it h 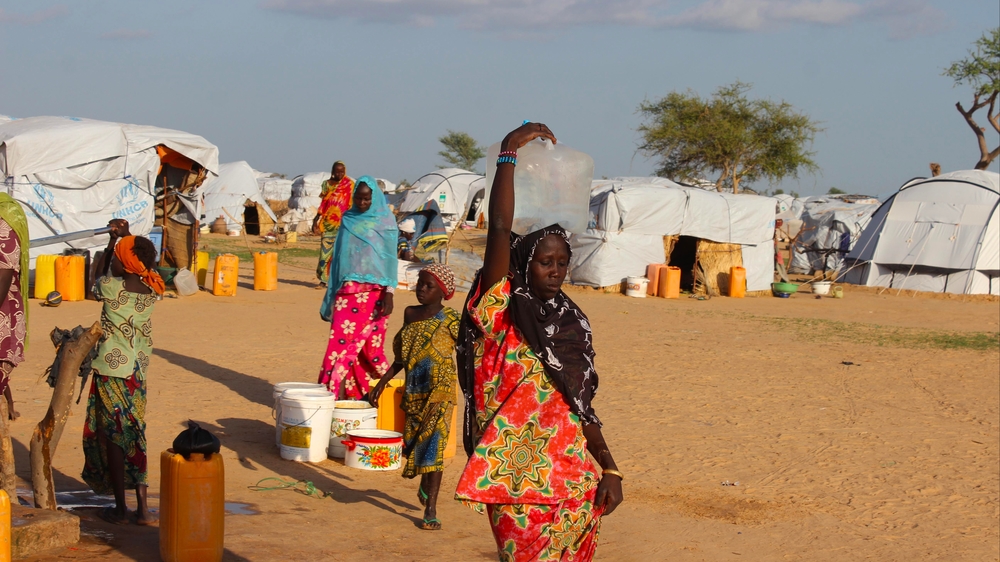 Although it appears to be paying off to some extent, the Nigerian government’s response to Boko Haram has been predominantly military, with little investment in civilian outreach or counter-radicalisation.

It is precisely that gap that Dandal Kura, whose mission is to promote “peace, development and prosperity” across the Lake Chad Region, aims to fill.

“Military solutions alone cannot win this war,” said the station’s managing director, Faruk Dalhatu. “Boko Haram used to control the narrative in the entire region, but with Dandal Kura you can certainly reach the people on the fringes of Borno, Chad, Cameroon and Nigeria who were bereft of local news in the past.”

The importance of language

For Mu’azzam, the government’s lack of attention to the Kanuri language has created a platform for Boko Haram’s message to thrive. “During conflict, people need information and when there is none they can easily begin to feel isolated and abandoned,” she explained.

“Creating a radio service that provides a cross-border platform creates an opportunity for all Kanuri to come up with home-grown solutions to the crisis, [which] is generally more sustainable than one imposed from outside,” he added.

In a region with very low rates of literacy, radio is an ideal medium.

“The ability to talk to people in their mother tongue, and take their questions and comments in Kanuri is a way of showing respect,” said Smith, who has previously worked on radio projects in Somalia, the Democratic Republic of Congo, and Central African Republic.

It’s a point not lost on Boko Haram, whose leader, Abubuakar Shekau, is Kanuri, and whose own multimedia messaging, in the Kanuri language, has capitalised on the perceived marginalisation and economic deprivation of people in the northeast. Boko Haram even tried to get in on the radio game itself last year, but its fledgling FM station, set up on the Nigerian-Cameroon border, were blocked by the National Broadcasting Commission.

“Language is more than a means of communication. It is also culture, emotion, and an integral part of a person’s dignity,” Smith added. “Kanuri speakers have been divided by colonial borders and reduced to a minority in each of their respective countries. Although divided, they share the pain and burden of attacks by Boko Haram and other hostile elements.”

Dandal Kura – which means “big meeting place” in Kanuri – has 30 correspondents dotted around its coverage areas in four countries. Launched in Kano State in February 2015, it relocated to Maiduguri early last year as relative peace and security began to return to the city.

“We need a radio station that will take up the fight to sensitise young people who are hoodwinked into joining the sect to fight,” said Mustapha Ali Busuguma, a lawyer based in Maiduguri. “It is very important because most of the fighters do not have the option of hearing other interpretations of the Koran, so they are stuck with whatever Shekau says.”

Keen listener Garba Ibrahim, a security guard in Maiduguri said the station “helps us understand the Boko Haram insurgency and gives us information about things happening in other places like Chad, Niger, and northern Cameroon.”

“Maiduguri without a radio station like Dandal Kura would be like total darkness. Dandal Kura is a fearless radio station that speaks the truth and broadcasts facts that might annoy some powerful people. It does not praise people blindly like most public radio stations do,” he added.

As well as the news and phone-in shows, the radio station also broadcasts tips on how to identify suicide bombers and produces dramas penned by local writers, some of which feature former members of Boko Haram and their families. 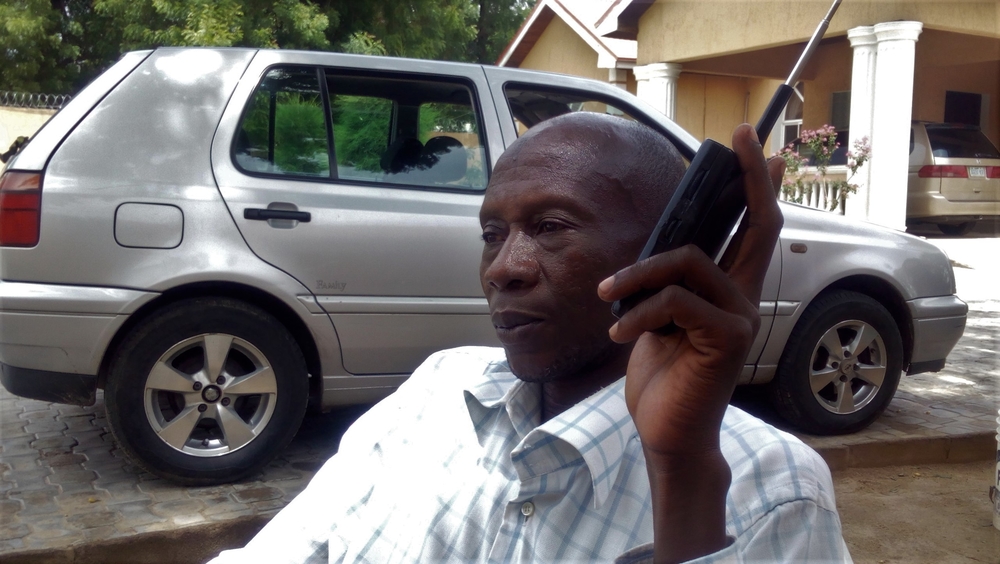 It also helps reunite families separated during the conflict.

“We have linked about nine families this year,” Dalhatu said. “We hope to get more connected back soon.”

Other programmes provide information about psychological counselling, while traditional leaders as well as Muslim and Christian clerics are given airtime to counter Boko Haram’s extreme ideology.

“This format seems to be extremely attractive to young people and, if you ask me, it is a more effective way to stimulate behaviour change,” said Mu’azzam. “In the end, it dissuades potential recruits from joining their ranks.”

The station’s bold stance has incurred the wrath of Boko Haram. Last September, a man who identified himself as a rebel commander phoned the station and condemned the reporting of an attack.

And in March, Shekau himself released a video statement in which he said: “That radio station called Dandal Kura with those prostitutes you parade as your female workers, may Allah curse all of you.”

Staff seem to take the hostility in their stride, and there have been no overt threats.

“This job has always carried along with it an element of risk. It is not the safest job because every day when you come to work you say or write something that somebody doesn’t like,” said Dalhatu.

“When Shekau spoke about us, it brought an additional dimension to the risk because of the group’s ruthlessness. I was very worried about the Fatimas of this station: we have about 15 young women whom we invited, groomed, and showed that they could start up a career in journalism,” he said, adding that Boko Haram’s reaction itself demonstrates that the station is having an impact.

The insurgency has lost much of the territory it used to control, but it remains a major security threat: a 10pm to 6am curfew is still enforced in Maiduguri, and attacks continue to take place in remote areas of Borno, northern Adamawa and eastern Yobe states. On the evening of 7 June, the fiercest gun battle locals had seen in many years broke out in Polo, on the outskirts of Maiduguri.

“People need information in moments like this,” said Mu’azzam. “And Dandal Kura fills that information gap by telling people what to do and where not to go.”

It took the military more than two hours to contain the attack, but a subsequent blast at Muna garage, another area close to the city and just next to an IDP camp, claimed at least 10 lives, according to police.

Building on Dandal Kura’s success, Dalhatu and his team are planning to set up a network of new community radio stations across the Lake Chad region that will broadcast in FM, which offers much better sound quality that shortwave. The sky is the limit.