In mid-April a boat capsized crossing the Mediterranean killing up to 500 migrants, a large proportion of whom most international media reported as being Somali. But in Hargeisa, the capital of Somaliland, local media noted how many who died were actually Somalilanders.

Since 1991, and its proclamation of independence following a civil war that resulted in about 50,000 deaths, Somaliland has existed as a de facto independent nation separate from Somalia, albeit one legally unrecognised by the international community.

As a result, cut off from international assistance, Somaliland has had to help itself. It successfully rebuilt its economy and infrastructure, shattered by the rebellion that forced much of its population into Ethiopian refugee camps.

Now Hargeisa is a bustling city of about 800,000 people, and about to experience the traditional summer return of diaspora Somalilanders from around the world, wanting to enjoy – or experience for the first time – their resurgent homeland.

But Somaliland’s apparent success against the odds remains highly vulnerable. Its economy is fragile. A recent trend has seen Hargeisa’s streets inundated with an upsurge of second-hand taxis – cars bought by parents for children to dissuade them from tahriib, the local term for the dangerous and illegal migration to Europe. These cabs have even become known as hooyo ha tahriibin, which translates roughly as “my son, do not tahriib”.

“Why are they leaving? Unemployment,” Abdillahi Duhe, a former foreign minister of Somaliland, told IRIN. “Now is a very important time. We’ve passed the stage of recovery. We have peace. But many hindrances remain.”

Crowds of men on the streets sipping sweet Somali tea and chewing the stimulant plant khat throughout the day testify to a chronic unemployment rate of about 75 percent, leading to another concern in a volatile part of the world.

“Young men are a ready-made pool of rudderless youth from which militant extremists with an agenda can recruit,” said Rakiya Omaar, a lawyer who also chairs the Horizon Institute, a consultancy firm that works on strengthening the capacity and self-reliance of institutions in Somaliland.

With non-statehood depriving the country of direct large-scale international support and multilateral lending, the government operates on a tiny budget of about $250 million. About 60 percent of that is spent on the police and security forces to maintain what it views as its main argument for recognition: continuing peace and stability.

“We are doing all the right things that the West preaches about, but we continue to get nothing for it,” said Osman Abdillahi, minister for Somaliland’s Ministry of Information, Culture and National Guidance. “This is a resilient country that depends on each other – we’re not after a hand-out but a hand up.”

Somaliland has largely survived on its diaspora sending money home – estimated at about $1 billion annually. That helps fuel a proactive private sector, which sells prodigious quantities of livestock to Arab countries and is largely credited with rebuilding the country from scratch after the civil war.

While Somalia remains mired in a seemingly irreconcilable civil conflict, Somaliland has quietly emerged as a relative beacon of peace, democracy, and good governance. The contrast between a self-reliant north and aid-dependent south couldn't be starker.

But, increasingly, Somalilanders acknowledge the country needs far more international investment to survive. And there’s the rub: options remain limited while the country is treated by most of the world as a mischievous breakaway state.

“About 70 percent of the population are younger than 30, and they have no future without recognition,” said Jama Musse Jama, a former mathematics professor who gave up his life in Italy to return to Somaliland and run the Redsea Cultural Foundation, which offers cultural and artistic opportunities for Hargeisa’s youth. “The world can’t close its eyes,” said Musse. “It should deal with Somaliland.” 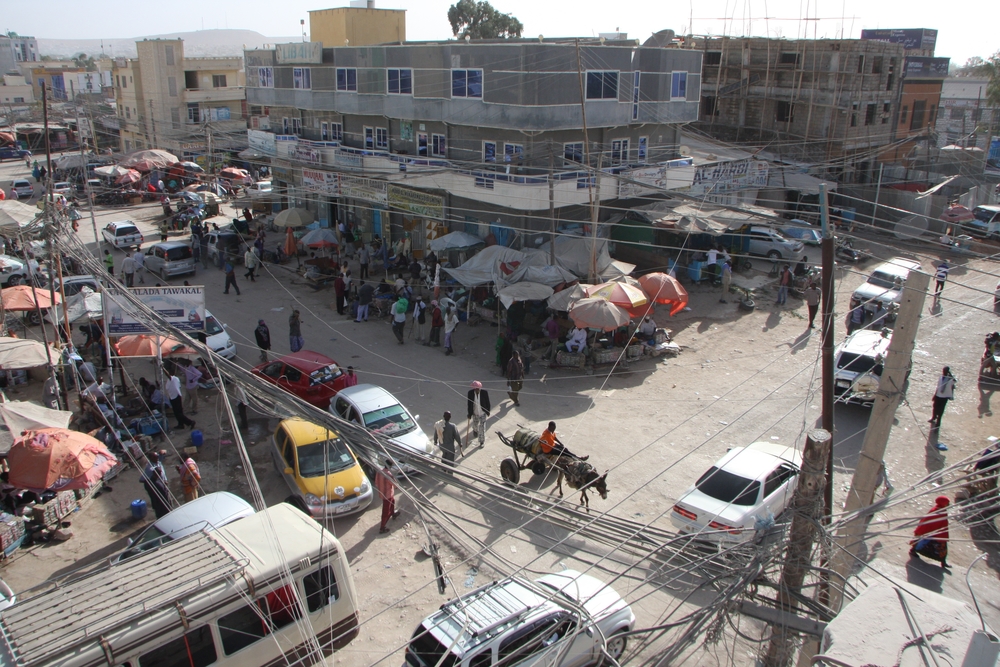 Somalilanders believe recognition would bring a raft of benefits. The government, for starters, would finally have legitimacy to borrow international money to enhance basic services such as electricity, gas, water, and rubbish collection, and to fund state schools, universities, and hospitals needed around the country.

It might also be able to better tackle crises such as the drought that has hit the Horn of Africa, and which in the north of the Somalia region encompassing Somaliland has left an estimated 4.6 million people – nearly 40 percent of the population – needing humanitarian assistance.

In addition to such internal challenges, external pressures are weighing in. There are reports of the increasing encroachment of Wahhabism, a far more fundamental version of Islam than traditionally practiced in Somaliland.

Against such a background, some worry that the patience and stoicism of Somalilanders will wane.

Beneath the overwhelming friendliness of Somalilanders – especially to visiting foreigners – there are already hints of tensions and dissatisfaction. During this year’s voter registration for the forthcoming 2017 national election, turnout was lower than expected.

“There are people saying we have been democratic for 25 years but that has not produced any results, so there are no benefits to elections,” explained 34-year-old businessman Abdirizak Ahmed at a registration centre in Hargeisa.

“Other countries that are not democratic are supported by the international community, whereas Somaliland has got nowhere. So some people have lost interest in the electoral process.”

Despite Somaliland’s international isolation, it is very much a part of the Horn of Africa, and of the region’s fortunes.

“To refuse formal recognition to Somaliland amounts to punishing those who have been peaceful: a very bad sign for the stability in the Horn,” said Robert Wiren, a French journalist who has written about the region for the last 18 years, and in 2014 published ‘Somaliland, pays en quarantaine’ (Somaliland, a country under quarantine).

But other voices caution that recognition could have a potential downside.

Up until now, with no recourse to the sort of aid money that forms a debilitatingly large percentage of many developing countries’ budgets, Somaliland has developed a highly effective entrepreneurial streak and bare-bones efficiency. Some suggest this could be threatened by a budget suddenly swollen with international loans and grants.

Furthermore, these past 25 years Somaliland has been guided along a path of accountability in the desire to demonstrate its suitability for recognition by being, basically, better than those to the south. With the unifying power of that quest gone, some worry it could suffer the sort of factionalism that tore through Somalia after it achieved its long-awaited independence and unification.

South Sudan’s descent into turmoil since independence is offered as illustrative of the potential fallout from a recognised Somaliland. The only other African country to have been granted independence through secession is Eritrea, breaking away from Ethiopia in 1993. Not a roaring success thus far, either.

Most Somalilanders, however, aren’t pondering such what ifs, but concentrating instead on the daily reality for them and their country.