As the Zika virus continues its relentless spread through Latin America and beyond, causing anguish for would-be parents and leaving a trail of children with severe and lifelong developmental problems, the search to find a way of stopping the pandemic in its tracks could not be more urgent. But an effective vaccine will likely take years to develop and current methods for eliminating the Aedes aegypti mosquito that carries the virus are only partially effective.

Enter the Friendly Mosquito, as it’s been dubbed by the Brazilian press. To the scientists who have been developing it for the past 14 years, it’s OX513A – a genetically modified mosquito that, once released into the environment will mate and produce non-biting offspring that die before reaching adulthood, replacing more than 90 percent of the virus-carrying wild population of mosquitoes over a six-month period.

The Friendly Mosquito has already undergone successful field trials in Panama, the Cayman Islands and Brazil, where it has been approved for use by national regulatory authorities.

Local authorities in the city of Piracicaba in the state of São Paulo were so impressed with the results of a small initial trial last year that they have agreed to a larger project that will soon see the mosquitoes being released into the city’s centre.

In recent months, Oxitec – the Oxford, England-based company that developed the self-eliminating mosquito – has enlisted post-graduate biology students and public health workers to set up stands in the main city square and go door-to-door explaining the project to local people.

“It’s unusual to be releasing mosquitoes instead of killing them, so we want communities to understand what we’re doing, explain how the technology works, why it’s safe and also to hear their doubts,” said Guilherme Trivellato, who is supervising the field trials in Piracicaba.

Piracicaba does not yet have a major Zika virus outbreak but it is in the midst of a severe outbreak of dengue fever, one of dozens of potentially life-threatening diseases carried by the Aedes aegypti mosquito (Chikungunya is another).

Brazil declared itself dengue- and mosquito-free in the 1970s following an aggressive spraying campaign using DDT – a highly effective and long-lasting pesticide. But DDT was later found to be extremely toxic and damaging to the environment and human health and was eventually banned in most countries.

The pesticides that have replaced DDT are safer but less effective. Spraying campaigns also rarely reach inside the private homes where up to 50 percent of mosquitoes live and breed. Even when spraying is done inside, mosquito populations are usually only reduced by between 30 and 50 percent, according to Hadyn Parry, Oxitec’s CEO.

He pointed out that spraying also has no impact on the mosquito eggs and larvae, which can even be present in small amounts of standing water in a plant pot or a blocked gutter and can release a new generation of mosquitoes just days after a spraying.

“You really can’t do it with chemicals,” he told IRIN, from Oxitec’s headquarters in an anonymous industrial estate outside Oxford. “You can have an impact, but you can’t eliminate an entire mosquito population in a town.”

Other efforts to genetically modify mosquitoes, which have yet to reach outdoor field trials, are focused on blocking their ability to carry a virus. The drawback of this approach, said Parry, is the potentially irreversible consequence of the new gene giving the mosquito some kind of advantage that could spread through an entire population. Because Oxitec’s mosquitoes self-destruct after one generation, any adverse consequences would soon disappear.

Their spread through local populations is also tightly controlled. In addition to the gene that causes the Oxitec mosquito’s offspring to die before reaching adulthood is a gene that gives the larvae a fluorescent marker (visible under a filter). Using simple egg traps, monitoring teams can track the spread of the mosquito and the rate at which it replaces wild populations.

The World Health Organization has found no significant risks associated with the Oxitec mosquitoes and has recommended epidemiological studies to demonstrate their linkages to reduced caseloads of diseases like dengue and Zika.

Parry said such studies would need a wide geographical reach to take into account individuals who contracted the virus far from the location where the GM mosquitos had been released.

“Mosquitoes don’t travel far, but people do,” he pointed out, adding that there was a need for WHO to clarify that the technology is safe and ready to use, even without the results of such studies.

Trivellato, in Piracicaba, said that authorities in other Brazilian cities have already expressed an interest in trying the new approach and that factory-like laboratories could be set up in a matter of months to start producing the millions of mosquitoes needed to repopulate an area. 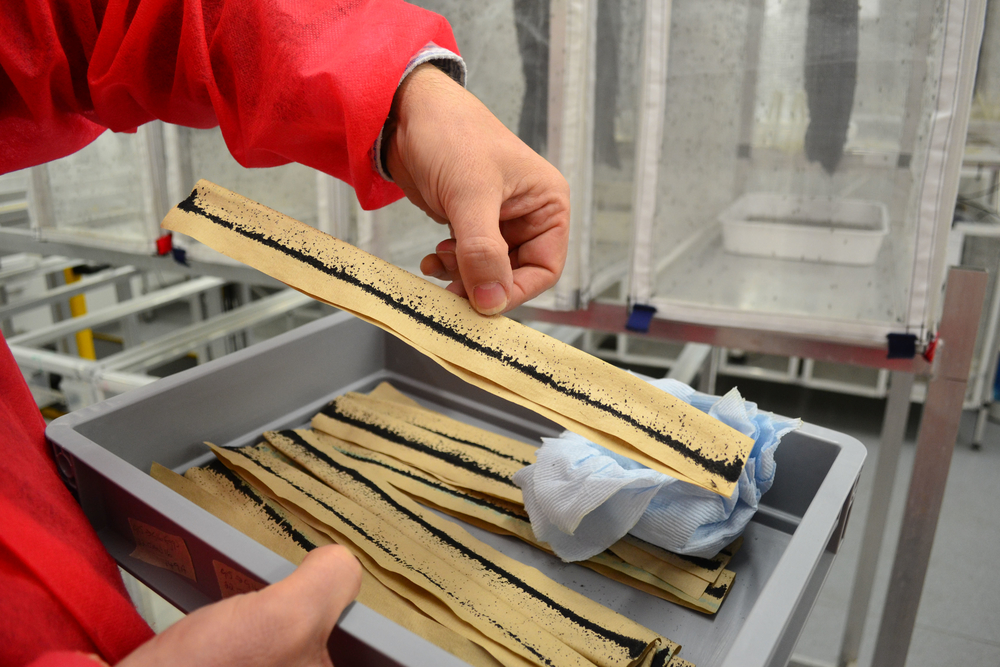 Currently, the mosquito eggs that would be used to start that process are being produced in the laboratory at Oxitec’s Oxford headquarters. Conditions inside the rows of containers where the mosquitoes breed, feed on horse blood and lay eggs are “like a five-star hotel for mosquitoes”, said Parry.

The eggs are harvested and sent in small containers – each carrying millions of eggs – to Brazil and other locations where Oxitec is conducting trials. Some are kept in trays of water in the Oxford lab to hatch into wriggling larvae so the females can be bred to produce future generations of eggs. In Brazil, it is the female pupae that are discarded and the non-biting males that are released to mate with wild females.

“If we could scale up as much as we desire, this could be a solution not just for Zika but for all the 100 plus diseases that this mosquito carries,” said Trivellato.

The notion of GM mosquitoes is not without its opponents, nor is GM more generally. More than 150,000 people, for example, signed a petition opposing a small Oxitec trial in Florida last summer that is still awaiting US federal government approval. But that was before Zika. Some may now have changed their minds.