Security has been intense over the last few weeks in the Senegalese capital, Dakar, with police and soldiers on the streets, vehicle searches, and round-ups of alleged Islamist militants.

It’s the response to the al-Qaeda in the Islamic Maghreb (AQIM) attack in Burkina Faso on 15 January that left 30 people dead. Until the assault on the Cappuccino restaurant and the Splendid Hotel, next door on Ouagadougou’s trendy Kwame Nkrumah Avenue, Burkina Faso, like Senegal, felt safe from the jihadist violence that has destabilised other countries in the region.

“We thought we were not really concerned by terrorism, that we were shielded by our armed forces and our diplomacy,” Ousmane Ouedraogo told IRIN outside his cellphone shop on Kwame Nkrumah Avenue. “But now we know we are vulnerable.”

That vulnerability stems from the political instability in Burkina Faso following the youth-led toppling of Blaise Campaore after nearly three decades in power.

But there is a more fundamental fragility that has its roots in the legitimacy and authority of governments across the Sahel region, which AQIM, AQIM-linked groups, and, more recently, the self-proclaimed Islamic State (IS) are seeking to exploit.

The Burkina Faso attack was carried out by the militant group al-Mourabitoun, which had recently pledged allegiance to AQIM. The targets were popular with Western aid workers, businessmen, and soldiers serving with Operation Barkhane, France’s regional counter-insurgency mission.

The raid put together a team of young men based in Mali (AQIM named three but there are suggestions three escaped); at least one of the identified men seems to have been Fulani – a pastoralist ethnic group that spans West Africa; and their cars had Niger license plates. It was, then, a fine example of regional militant integration.

It followed an earlier al-Mourabitoun attack in November that killed 21 people at the Radisson Blu Hotel in the Malian capital, Bamako.

It’s a fairly safe prediction that these two events are the beginning of a trend that will continue in 2016.

“Three years ago, AQIM’s plan was to hold territory in northern Mali. That has changed,” Jean-Hervé Jezequel, the senior Sahel analyst at the International Crisis Group, told IRIN. “The new strategy is that instead of managing territory, they want to show they can impact a much larger area by attacking the capitals of countries collaborating with Western forces.”

Why should Senegal worry?

The heightened security in Dakar is a recognition of how tempting a target it is. It’s the regional base of scores of international organisations. Senegal is a pro-Western partner, especially of France and the United States, and Dakar has provided troops to the French-backed African Union military intervention in Mali. More than 500 people have been picked up in the current crackdown.

Map of AQIM affected countries in the Sahel 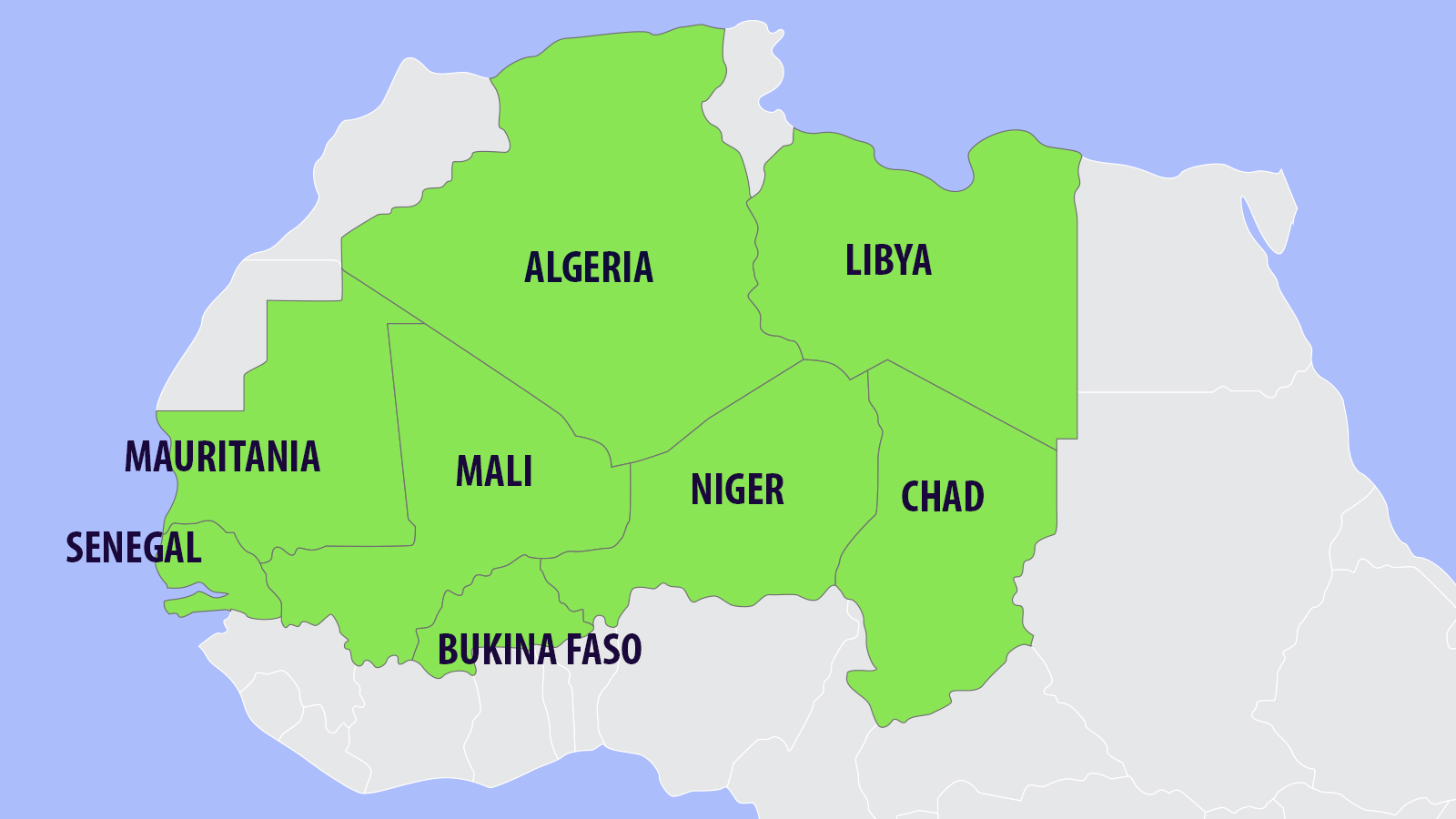 There is ample evidence of Senegalese recruitment to various jihadist causes. Senegalese are among IS forces in Libya; a small group of Wolof speakers (an almost exclusively Senegalese language) were believed to have fought alongside Islamist militants in northern Mali; men speaking Wolof were among the kidnappers of Canadian diplomat Robert Fowler in Niger in 2008; young militants from the large Senegalese diaspora are believed to be with IS in Syria; and there have been periodic arrests of individuals, most recently four activists detained for alleged ties to Nigeria’s IS-linked Boko Haram.

But Senegal is also a traditionally tolerant and democratic society. Although 90-percent Muslim, for the first 20 years of independence it was ruled by a still well-regarded Catholic president, Léopold Senghor. Four popular and powerful Sufi brotherhoods dominate religious practice. The brotherhoods have been described as the gatekeepers between the people and the state, conferring legitimacy on the latter.

Salafism, a more conservative literal interpretation of Islam, is growing in popularity – backed by Gulf state money. But Salafism does not equal jihadism and there have been no clashes with the state. The bulk of the 500 arrests made so far are likely to have been of people simply in the wrong place at the wrong time, explained one Dakar-based analyst, who asked not to be named.

“Although there is certainly a credible terrorist threat to Senegal from AQIM and related groups, the recent crackdown seems to be far in exaggeration of what would constitute even reasonable suspicion,” Andrew Lebovich, a visiting fellow with the European Council on Foreign Relations, told IRIN.

AQIM’s lineage extends back to Algeria’s Salafist Group for Preaching and Combat (GSPC), and further still to the brutal insurrection of the Armed Islamic Group (GIA), which took up arms after Algeria’s French-backed military annulled the election victory of the Islamic Salvation Front in 1992. GSPC militants looking for a safe base began crossing into remote northern Mali in 2003. Among the pioneers was the one-eyed Mokhtar Balmokhtar, who built the foundations of the “Sahara Emirate”.

By 2006 he had aligned with AQIM and was attracting followers from across the West African region. In an example of the fluidity of the armed groups, he split with his superior in Algeria, formed a new unit the ‘Masked Battalion’, merged with the Movement for Oneness and Jihad in West Africa (MUJAO), and then set up al-Mourabitoun, the ‘Signed-in-Blood Battalion’. Other like-minded formations have ranged across the region for years, kidnapping and attacking perceived Western targets in Mali, Niger and Mauritania.

Mali has been an excellent choice as a militant hideaway. Foreign jihadists established themselves in the communities in which they operated through marriage, kinship connections and largesse. Key to their survival was a tacit agreement with the Malian military and state officials that largely left them alone. In Mali’s dysfunctional political system, the north has historically been marginalised, with what limited central control there was exerted through patronage, proxies and pay-offs. Taking a slice of the region’s lucrative informal economy – from drugs, to migration routes and famously, in the case of Balmokhtar, contraband cigarettes – provided yet more impunity.

Beyond Islamic ideology, in a region that often distrusts Western intentions, AQIM and other related movements have framed their message as one of fighting a neo-colonial enemy bent on stealing Africa’s riches. They have also tailored their narratives to fit their local contexts – reflecting some of the concerns of the diverse ethnic groups, Tuaregs, Arabs/Moors and black African Fulani and Songhai.

“A lot of this is to do with justice,” said the Dakar-based analyst. “The feeling that the world is not right, the state is oppressive, the global economic system is unfair. Basically, you are living with nothing while ministers have mistresses and big cars. It’s a very populist story of resentment. People can easily connect their personal life stories with a global discourse around the idea of justice and injustice, which at its very core says religion can make it right.” 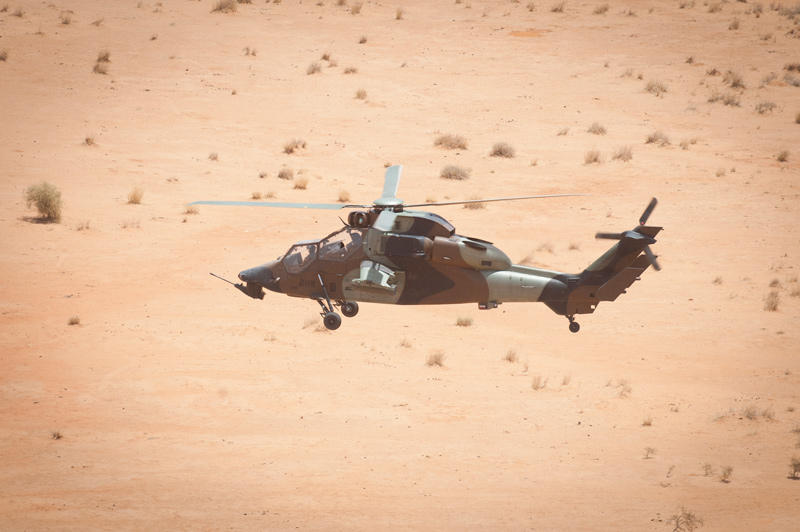 Socially complex northern Mali has long been a region of simmering discontent. On-off peace over the years between Bamako and secessionist-minded Tuareg, the government’s manipulation of ethnic-based militia, and a lack of state services have all contributed to the stew. Full-scale rebellion was triggered by the fall of Libyan leader Muammar Gaddafi in 2012, when some Tuareg that had served in his army returned with their weapons, helping form the National Movement for the Liberation of Azawad. The north splintered as competing groups emerged – some narrowly ethnic, others throwing in their lot with the jihadists.

French military intervention in 2013 was instrumental in clearing the militants from the cities they controlled. But the north remains volatile, despite an Algerian-brokered peace deal signed in Bamako in June 2015. Unable to impose its authority, the government has resorted to its old policy of using proxy militia. But this has only succeeded in further militarising the region – it does not deliver the governance, accountability and freedom from corruption that can generate stability.

But, according to an ICG report released in December, a détente has begun to emerge between leaders of the Coalition of Azawad Movements, the main rebel coalition, and those of the Algiers Platform, the pro-government coalition, as a result of negotiations in Anefis. “In the last few months these guys, the businessmen, the warlords and key politicians have come to realise neither side can win. The war is too costly and bad for business,” said ICG’s Jezequel.

The ceasefire has lasted for five months but remains fragile. There is the “persistent threat posed by radical groups excluded from the peace process”, warned the ICG report, and it urges all sides “to refocus attention on the implementation of the Bamako agreement.” Among the key outstanding goals are the setting up of a transitional authority in the north and a Disarmament, Demobilisation and Reintegration programme.

The idea of DDR is that at the end of the process the only people holding guns will be the security forces, and the now easy-to-identify Jihadists. But in reality, ideological affiliation can be fluid, with divided loyalties within individual families. “I’m not convinced that among the local security forces in the north there won’t be connections with radical groups, and that you will be willing to target your cousin or your brother who may be with the jihadists,” said Jezequel.

Mali’s policy of accommodation of the radicals has infuriated its neighbours, Mauritania, Niger and Algeria. All have suffered attacks at the hands of the jihadists. But in Mauritania, whose Islamic schools and Salafist mosques have turned out a cadre of senior members of AQIM, there is currently stability, although it cannot be taken for granted, Mauritanian specialist Zekeria Ould Ahmed Salem told IRIN.

Among the reasons for the apparent calm are: major reforms of the security sector, with a special focus on anti-terrorism training; a strong intelligence network in northern Mali; and a deradicalisation programme, working with mosques and detainees, with the goal being their reintegration. Excluded from that programme are AQIM members convicted of attacks in Mauritania, said Salem, author of an influential study on the subject.

There has not been an attack in northern Niger since the 2013 raid on the French-owned Areva urnanium mine in Arlit, 1,000 kilometres from the capital Niamey. Niger is the base of French and US special forces and a drone programme, and its military is seen as capable. But of far greater concern to the authorities, said Jezequel, is the expansion of Nigeria’s Boko Haram violence into the southern Diffa region, which shares the same ethnicity as the people across the border, and the same lack of opportunities that can spur recruitment.

The Western donor response has been “some 16 different stabilisation strategies”. But the “lack of coordination among the actors involved, and weak ownership at the local level, cast doubt on their overall effectiveness,” noted a report by Clingendal, the Netherlands Institute of International Relations. “They have been accused of feeding insecurity precisely because of their security-specific focus.”

In 2014, the leaders of Mauritania, Mali, Niger, Chad and Burkina Faso formed the G5 – a regional organisation to strengthen cooperation on development and security in the Sahel. The African Union’s Nouakchott Process expands the number of participants in enhanced security cooperation, which includes regular meetings of security chiefs. But the area is vast, the terrain unforgiving, and regional security forces are small.