A week before, on 28 August 2014, a roadside bomb detonated just as the teacher’s police-escorted convoy passed through Khok Pho district in Thailand’s southern Pattani province.

“Would it be all right if you did not take my photo?” she asks nervously, as she prepares, for the first time since the bombing, to take the same road where her colleague died. IRIN agreed to withhold her name to protect her identity.

Her colleague, 28-year-old Patimoh Saemasae, was the 175th teacher to be killed in Thailand’s “Deep South” in just 10 years. The area includes the provinces of Pattani, Yala, Narathiwat, and four districts of Songkhla.

The art teacher inhales sharply, closing her eyes as the car passes over the bridge where the bomb exploded. A psychiatric nurse from the local district hospital, travelling in the car with her this time, reminds her to breathe deeply.

Health professionals have witnessed a steady rise in mental health problems as a result of the decades-long separatist struggle.

Caught in this battle over borders and identity, religion and rights, civilians are increasingly targeted, accounting for half of the more than 6,300 deaths since 2004 that have been linked to political violence, according to Deep South Watch (DSW), an NGO headquartered in Pattani province.

"I couldn’t even manage to kill myself. That’s how bad it was." - Sumate Simprasreat

Back in 2011, Sumate Simprasreat, now 29, was nearly killed by a bomb that exploded during a Buddhist religious festival in Khok Pho, a predominantly Buddhist district. Unconscious for 25 days, his memory of the event slowly returned to him seven months later – and along with it a fear that was as debilitating as his physical paralysis from the waist down.

For three years, he shuttered his doors and windows, once trying to commit suicide by dragging himself toward household cleaners he planned to drink. His mother managed to stop him. “I was too slow,” he told IRIN ruefully. “Counselling and medication have helped, somewhat. “My dreams are smaller now. I dream less. It takes more effort to live.”

Deep South Watch recorded a dip in the number of civilian deaths in 2013 following a request from the Thai government for insurgents to avoid targeting economic hubs and ordinary citizens during peace talks that began in March the same year. But the talks stalled following a broken ceasefire in the holy fasting month of Ramadan. Since then civilian casualties have risen steadily. 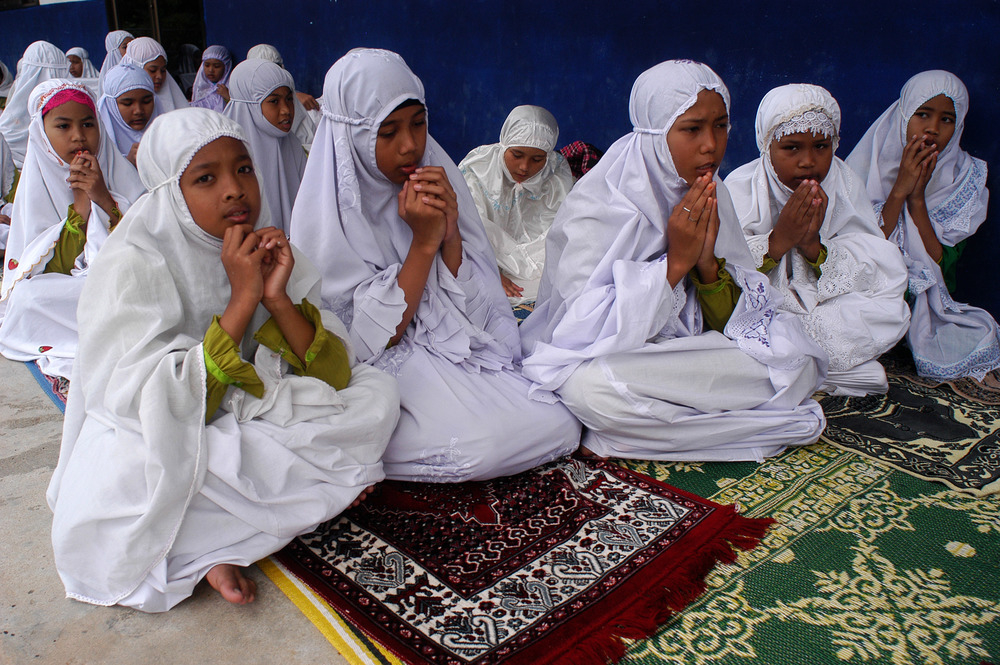 Sumeth Panpetch/IRIN
Female students from Ban Paku Village, Tung Yang Daeng District, pray in a temporary area after their school was doused with petrol and burnt down on 12 October 2014. This district is the site an army pilot effort that integrates operations by various law

The head of the Khok Pho district’s public health office, Basoopon Santong, told IRIN: “Just when we think the violence is over, something else happens. We feel the insecurity not just every day, but every minute.”

TRYING TO FILL THE VOID

The resumption of political violence in 2004 exposed a gap in mental health care, wrote Pechdau Tohmeena, the director of government mental health services for the southern provinces in a book published in 2014.

In 2004, Bangkok requested the psychologist move back to her native Pattani province to set up the government’s first mental health office there.

Tohmeena helped organise psychological first aid (PFA) training in 2005-06, initially for mental health professionals and in later years for religious leaders and childcare providers. More than a decade later, there are now some 74 trained psychologists, mental health rehabilitation units in 37 district hospitals in the Deep South, and 1,000 people who have attended PFA training.

At a recent PFA course held in Pattani, funded by UNICEF, Pirom Peaokcharoen, a private primary school teacher, said he had not previously known how to identify stress signals in children. But fear, he said, was everywhere. “You feel it the moment you step out of the house. Every day, incidents keep happening, so you keep thinking about it.” 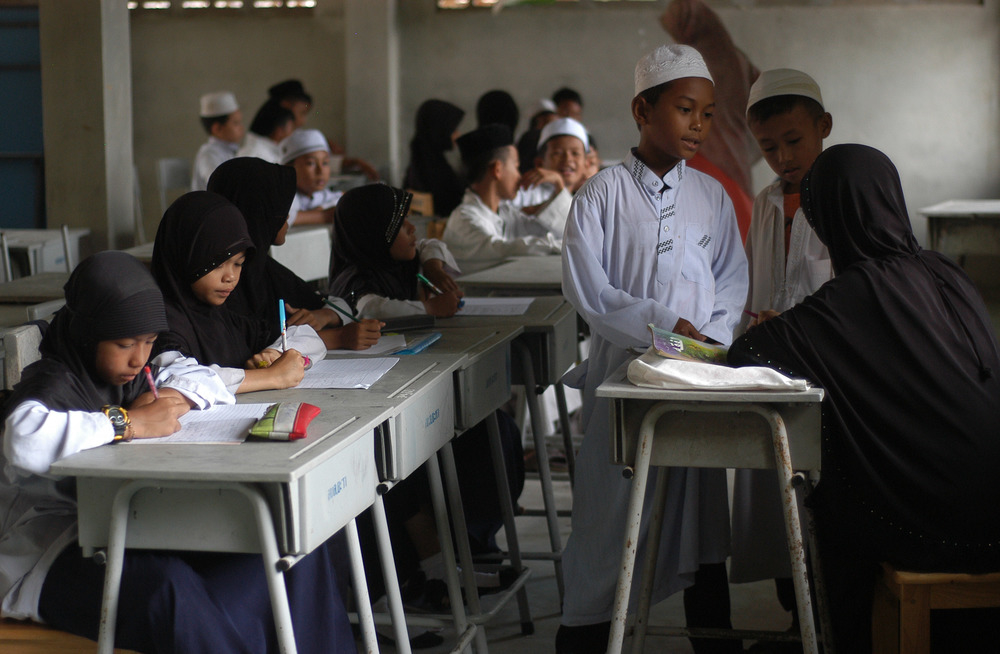 Despite improvements, mental health needs still outstrip services, said Tohmeena, and diagnosis remains problematic. Going back to 2008, only one child’s diagnosis of Post-Traumatic Stress Disorder (PTSD) was recorded in the Violence-related Mental Health Surveillance (VMS) database, set up by the regional psychiatric hospital in Pattani that year.

“Doctors here just do not have a culture of recognising and diagnosing PTSD. It’s a real problem and under-diagnosed, especially in children,” Tohmeena told IRIN. Among adults, the percentage of patients seeking health care diagnosed with PTSD increased 38 percent to 12.5 percent in the first half of 2014 compared to the year before.

"One-third of the students surveyed said they had seen someone killed and felt “overwhelmed” with fear."

FALLING THROUGH THE CRACKS?

But Tohmeena stressed these numbers did not capture the true extent of the problem. “We just don’t know the scope at this point.” It’s not for lack of trying. Research (in Thai) published in the Journal of Mental Health of Thailand in 2009 found that of 2,884 surveyed students aged 11-18 across three provinces in the country’s Deep South, PTSD prevalence was almost 22 percent, while the rate of those with behavioural/emotional problems was 37 percent. One-third of the students surveyed said they had seen someone killed and felt “overwhelmed” with fear. This group was 1.5 times more likely to have PSTD symptoms than those who had not witnessed a killing. This rate is comparable with studies of children who lived through protracted violence elsewhere, including Colombia and Israel. 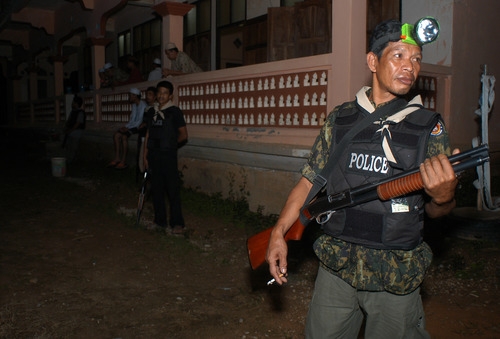 From October 2012 until September 2014, Thailand’s mental health surveillance database reports 380 children aged 14 and under who experienced politically-motivated violence. In 2012, the Journal of the Psychiatric Association of Thailand published findings from a study of 214 children of police officers working in the southern zone of conflict – 18 percent had PTSD symptoms.

Furthermore, government health workers, fearing for their own safety, may not be reaching children of suspected insurgents who also need support but live in what are known locally as “red zone” villages. These areas with the most incidences of violence are under extra scrutiny by security services and typically have higher concentrations of residents who are suspected insurgents. The government recently changed the official name of these high-security areas to “security promotion villages”.

There have been other missed opportunities, Tohmeena admitted. At least 85 protestors were killed in October 2004 in the town of Tak Bai in Narathiwat province during and immediately after a demonstration against police detentions of suspected insurgents. Some died through suffocation and organ failure when they were forced into a police truck and made to lie horizontally on top of one an other. Tohmeena said the government should have sent out mental health teams to follow up with survivors.

“Who knows what we could have prevented in the following decade if we had reached them then?”