Gulalay is excited. She is getting ready to celebrate her sixth birthday.

She has been to the local bazaar with her grandfather and bought herself a new frock, a colourful hairband and a pair of hand-knitted socks.

Frolicking on her way home, Gulalay cannot see the improvised explosive device buried in the dirt. One unfortunate step is all it takes.

“She was thrown several feet up in the air. The blast tore off her legs,” said 65-year-old Bari Dad Aka, a tear in his eye as he recalled the awful moment his granddaughter’s life changed forever.

Aka carried the bleeding Gulalay in his arms to a police post in the southern town of Sangin from where she was flown in an Afghan army helicopter to a hospital in Kabul.

Doctors from Emergency, a humanitarian NGO specialising in emergency treatment for war victims, amputated what was left of her legs.

Lying in the hospital bed, her arms in bandages, Gulalay stared at the socks on the corner table between howls of agony, unaware she would never be able to wear them. 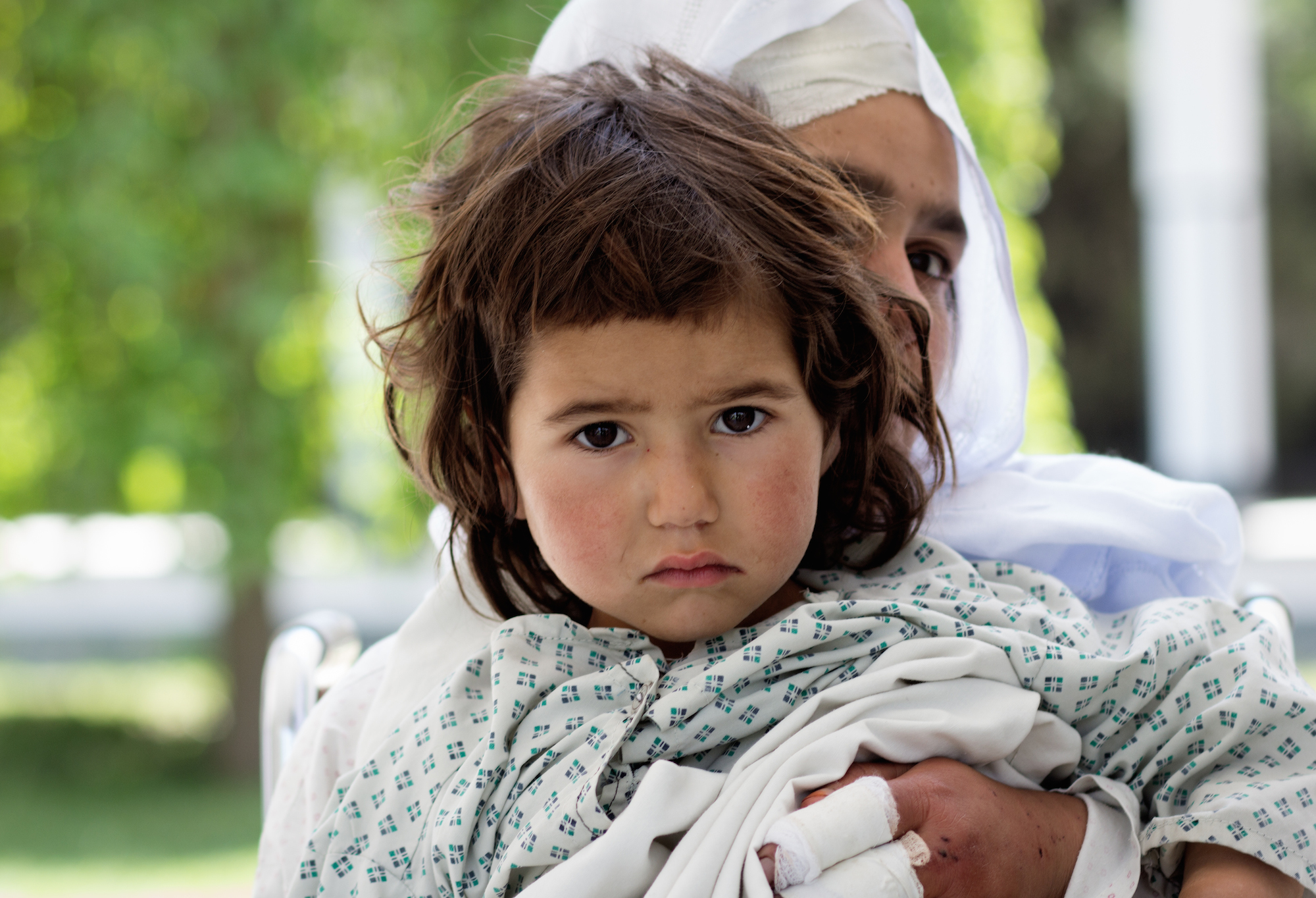 Aka explained that the Afghan army had launched an operation against the Taliban near Gulalay's house in Helmand province.

"To counter the offensive, the Taliban began capturing homes in the area. They took over my neighbour's house and were approaching ours when we fled," he said.

"A few days later, when there was relative calm, we returned to Sangin to fetch our belongings from the house."

When the snows melt in Afghanistan, the water feeds down from the Hindu Kush and brings life to the valleys and plains. But for more years than most here care to remember, spring also means death, as the fighting season begins in earnest.

In the first three months of 2015, 136 civilians were killed and 385 wounded in ground engagements in Afghanistan, an eight percent rise on 2014, according to the United Nations Assistance Mission in Afghanistan.

The trend is expected to get worse with the onset of the Taliban’s traditional “spring offensive”, scheduled to begin this week. The Taliban now hopes to capitalise on a lack of ground and air support thanks to the withdrawal of most US and NATO forces.

In response to the expected upsurge in violence, Emergency is opening a third operating theatre at its hospital in Kabul, partly funded by a $279,000 UN grant.

The NGO, which operates two dedicated hospitals for the war wounded in Afghanistan, as well as a maternity centre, 44 clinics and 15 first aid bases, is also investing in new equipment and infrastructure.

“There have been times when we have had a victim on a bed and the one responsible for his trauma on the next bed. We are doctors; we don’t get into politics. For us, it is all about saving lives.”

Casualties have risen year upon year. Emergency admitted 4,832 patients in 2014, more than double the number from 2010.

“This reflects the escalation of the conflict, especially in the southern provinces of Kabul and the north of Helmand,” a recent Emergency report said.

The blaring siren of an ambulance announced the arrival of more patients.

“Another dangerous trend is that the ‘fighting season’ is getting longer,” said Radaelli, adding that was getting harder to distinguish between summer and winter. 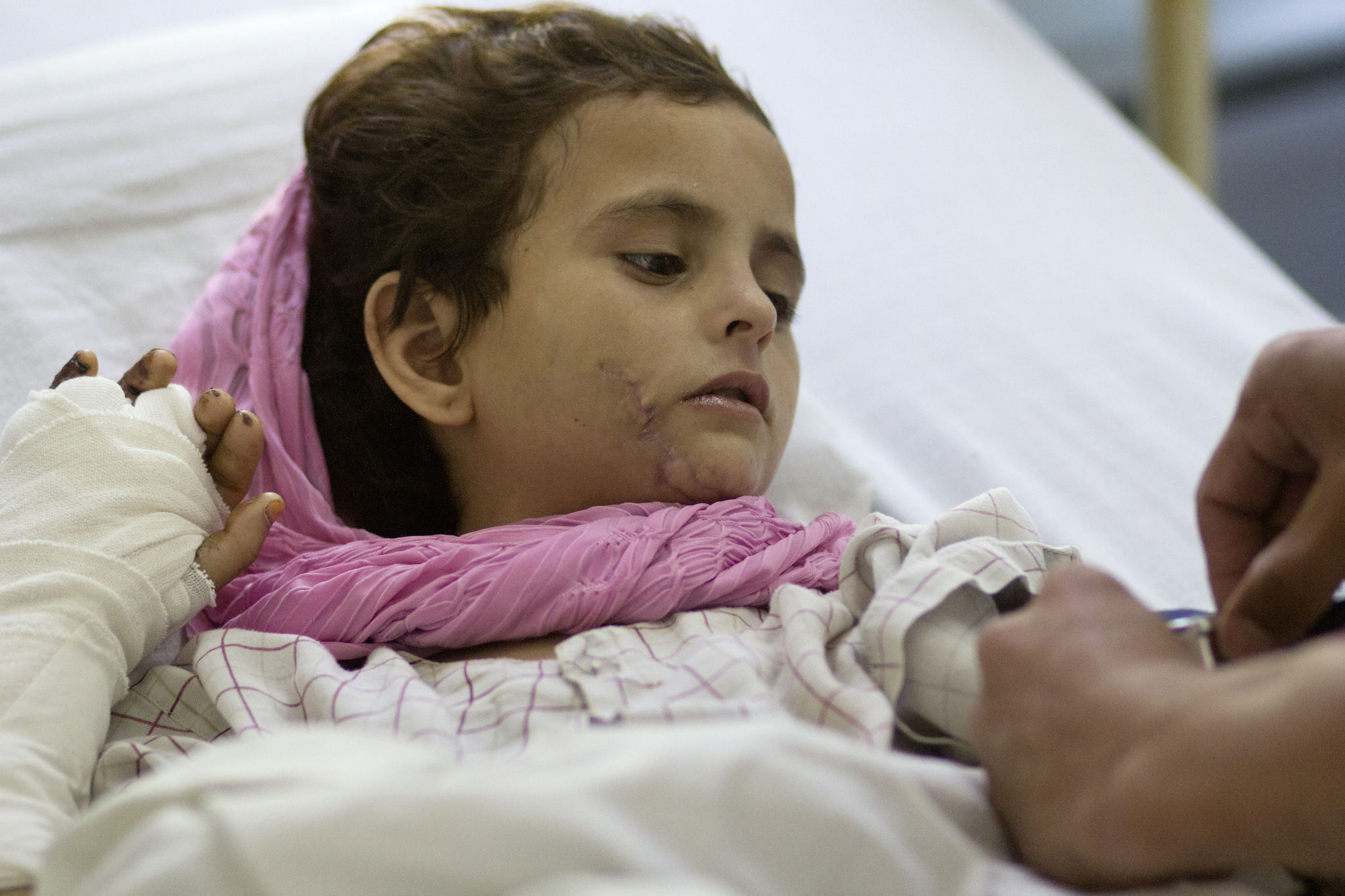 Nurses wheeled in the latest victims of Afghanistan’s interminable 14-year conflict: three sisters from the outskirts of Kabul. Gulalay shrieked. The effect of the painkillers seemed to be wearing off.

A doctor tried to reassure the distraught Aka, telling him “everything’s fine”.

After regaining his composure, the grandfather somehow found a positive thought.

“Thanks to the doctors, Gulalay will be able to celebrate her next birthday,” he said.