I am tired. I want to go back to my homeland in Tawergha [town in northern Libya]. Everything is bad: my room is full of water when it is raining and I don't have money… I just want to go home,” Hamama Said told IRIN.

The grandmother, who is aged somewhere between 60 and 65 - she is not quite sure - has lived in a displacement camp near Tripoli Airport for three years.

The Tawergha minority, darker skinned due to their ancestral links to slaves brought to the country in the 18th and 19th centuries, have long faced discrimination in Libya, but this has intensified in recent years and they were accused of siding with the Gaddafi regime during his overthrow in 2011.

The ousted dictator used the town of Tawergha, about 40km south of Misrata, as a military base during his resistance, but in August 2011, Misrata militias entered the town and burnt it to the ground, causing 42,000 Tawerghans to flee.

Three years on, an estimated 35,000 of those IDPs are still sheltering in temporary camps in Tripoli and Benghazi, according to local agencies.

They claim they have been neglected both by the international aid community and the various factions that now make up Libya's parallel governments.

"Last year, the UN Refugee Agency brought us nylon tents, kitchen kits and heaters. But this year we have received nothing from any organizations," said Mabruk Eswesi, the chairman of Al-Saber Association, made up of Tawergha volunteers living in IDP camps.

"We are facing difficult times with political and humanitarian issues," he added.

"We are afraid of the new government supported by Fajr Libya," explained Issa, an IDP in his early twenties, referring to the authority now in control in the capital. "If we go to downtown they could arrest us just because we are black and from Tawergha," he said.

"If we go to downtown, they could arrest us just because we are black and from Tawergha"

Younis Abdallah Youssef, head of the primary school inside the camp, told IRIN: "We talk but there is nothing to do. We have no help from the government or even our local council. The only measure we can take is to dig furrows inside the camp to drain off rain water if it is flooding."

Fern Tilakamonkul, a UN Refugee Agency (UNHCR) spokesperson for Libya, confirmed no aid had been provided to the Tawergha camps since February 2014.

The deterioration of the security situation in Libya earlier in the year means that most international aid organizations are now running operations remotely from Tunisia, although the UN, working as a joint humanitarian team, has made some distributions.

Tilakamonkul said UNHCR and partners delivered core relief items to 12,000 displaced people in mid-August in the city of Zawyia, 45km west of Tripoli, and in mid-September took items such as mattresses and hygiene kits went to 6,700 to people recently displaced from Washerfana, a suburb of the capital.

“The security situation is very difficult and our national staff are not able to move freely so we are looking for NGOs partners to assist with distributions to vulnerable communities of IDPs in Tripoli,” she explained. “We are looking at this at the moment and we hope, if we can find some funding, to be able to do a distribution in the coming weeks.”

Similar studies were ongoing in the East to find local partners and distribution channels," she added and she said: “In the South, where the clashes have started again since mid-October, UNHCR is monitoring the situation."

In October the UN Office for Co-ordination of Humanitarian Affairs (OCHA) launched an appeal for US$35million for Libya. To date it has not received a single cent, according OCHA's Financial Tracking Service (FTS), and it is the only appeal globally not to receive any support.

Despite several attempts, IRIN was unable to reach anyone from the Libyan Humanitarian Relief Agency (LibAid), which appears to have ceased many of its operations due to a lack of funding.

Tawergha who fled to the eastern city of Benghazi are also in a precarious situation, after violence flared there in October.

According to UNHCR some 2,500 Tawergha left their camp in the city because of fighting and are now staying in parks, schools and parking lots in and around the town of Ajdabiya, many with only thin plastic sheets for shelter.

Abd Alrahman Elshakshak, head of the Local Council of Tawergha, the main body representing Tawergha IDPs, said that while 10,000 Tawergha who fled Tripoli during summer fighting had mostly since returned, in the east, where the community is estimated to be18,000-strong, many families were still on the move.

"Three thousand people left without bringing clothes or any belongings with them... At least 50 families are still living in mere tents in Ajdabyia," he said.

"We asked for money from both governments in Tripoli and Tobruk but we are still waiting for it and we have had no direct contact with any UN agencies since the summer,” he said. 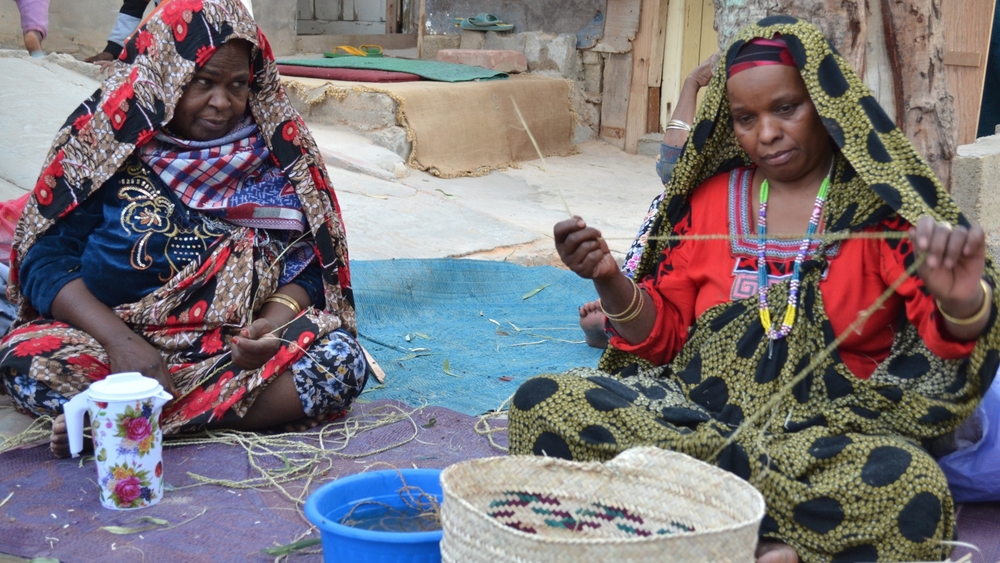 In an interview with IRIN in late November, Omar al-Hassi, the prime minister of the LibyaDawn (Fajr) movement that now controls Tripoli, blamed the UN and other aid agencies for the poor situation of the Tawergha.

"I feel sorry for Tawergha. They should go back to their homeland where they have their own memories. I am willing to rebuild the town of Tawergha to ease their returns... [but] we need the help of the international community," he said.

"But the problem is the UN refuses to recognize our government despite the fact the Supreme Court has invalidated the House of Representatives", he added, referring to the political stalemate in the country which currently has a second government based in Tobruk.

The Tawergha, however, are not the only Libyans to have been displaced.

According to the United Nations, more than 390,000 people have been uprooted since May this year, and close to quarter of those since October.

Mohamed (who only gave his first name) his wife and their three young children, left their home in Kikla, in the Western Mountains, following fierce clashes between Fajr Libya and brigades from Zintan, a small town in the Nefoussa Mountains in the west of the country.

Since October they and more than 200 other families have been staying in a luxury beach resort in Misrata called Shatti Al Aman.

They have been given a house with two rooms, a kitchen and a bathroom- which during the high seasons would rent for 160 Libyan dinars (US$122) a day - and the children have been registered in a local school.

"My house was destroyed by Zintanis. We just had time to leave without taking any clothes", said the businessman, who described the conditions as OK, but wished they could return home.

"We are OK. My older son will go to school. The room is nice but we miss our home in Kikala,” he added.

Ali Attergman, from the Libyan Red Crescent in Misrata, told IRIN: "Each registered family receives a kitchen kit and mattresses, then they are given monthly food packages with sugar, oil, tomato cans, rice and pasta, juice, milk, tuna and yoghurts.”

Ayad Schwyiadi, head of Social Services at Misrata local council, added: "We have received about 1,050 families mainly from Benghazi and some from Kikla since end of October... We provide the best accommodation we are able to give.

Claiming that the disparity in support proved the IDP response was being run on political lines, Elshakshak said: "Some IDPs from Kikla or Benghazi support Fajr Libya. So, Fajr Libya helps them more than us. The picture is clear."

Virginie Collombier, a researcher in Robert Schuman Center for Advanced Studies in Italy, specialized in social transformations in post-Gaddafi Libya, noted: "It is a political gesture to show that Fajr Libya can welcome IDPs who support them in better conditions than the other camp."

In Tripoli, Eswesi, sighed: "We left Tawergha while they were burning our houses, and families from Kikla are welcomed with juices. They are high-ranked IDPs."